3D Printing is a hobby, not a convenience

A while back I purchased (and reviewed) a 3D printer.  My goal was to quickly and easily print parts for my quads, such as camera and antenna mounts.  Now that I’ve had the printer for a few months I can say that I have somewhat achieved that goal, though I’m still a ways off from “quickly and easily”. 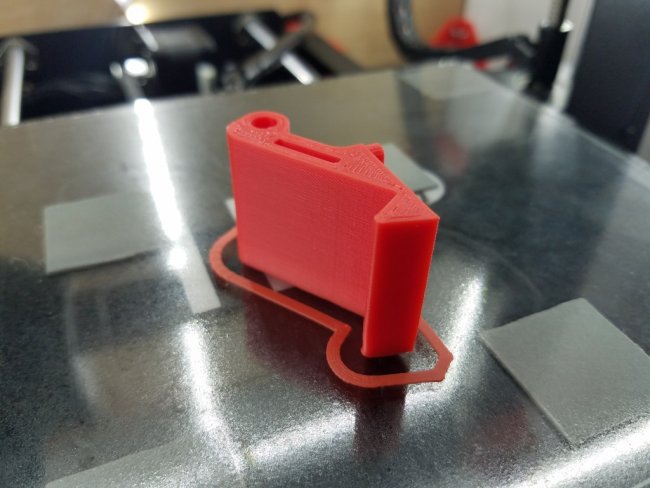 3D printing is a hobby in and of itself. The technology has not yet progressed enough where you can simply select a file to print and magic happens, you need to tweak settings, print tests, tweak some more, test multiple filaments, dry filaments… it can be a bit of a hassle really. That isn’t to say it isn’t worth it.  With time you can absolutely make prints that are both functional and visually appealing, but even then you will fail. A lot.

There are a lot of groups on Facebook that can help you as well as YouTube videos and whatnot. Just be prepared to read/watch, test, tweak, test again, wash, rinse, repeat, etc.  What works for one model may be completely wrong for another.  Maybe your print turned out great, but the filament you chose just isn’t up to the task at hand.  Maybe your print looks okay but falls apart at the slightest touch.   These are all things you should be prepared to correct on your own via experimentation, because what works for one person may not work for you, even when using the same model printer. 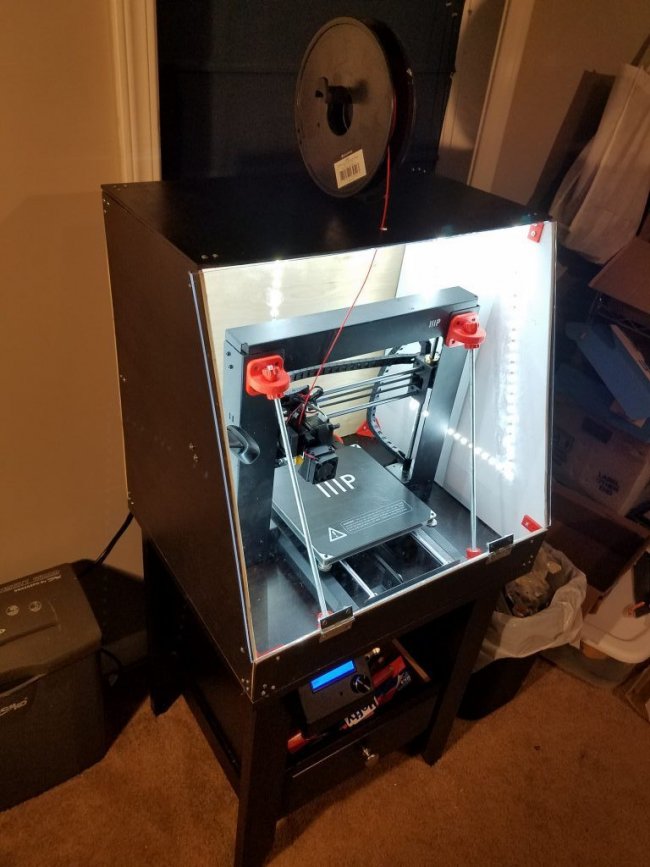 Speaking of Facebook groups, one question I see a lot is “What can I get for under $300?”, the answer to which is “not much.”  At that price you are looking at a small, rather basic printer. You wont’ be printing flexible materials or nylon, and you may not even be able to print ABS… at least, not out of the box. I purchased the Monoprice Maker Select V2 when it was on sale for around $300, which is a ridiculously low price for a fully assembled 3D printer of its size and quality with a heated bed.  Out of the box I could print PLA, but ABS tends to warp if the ambient temperature around the printer is low so I had to build an enclosure (which also helps contain the ABS fumes).  To print with higher temperatures I purchased an all-metal hot end.  This really improved my ABS prints and allowed me to experiment with Nylon – still working on that actually, it’s tricky.  My prints had strange ridges in them occasionally, so I printed a stabilizer for the printer’s upright axis.  Flexible filaments tend to jam in the extruder head, so I printed a new extruder head designed for the purpose.  The print build surface was causing issues after a few bad prints so I added a sheet of glass, which in turn may cause issues with adhesion when printing with certain materials so I keep stocked up with hairspray, glue sticks, and acetone.  It is all an ongoing process of trial and error, choosing upgrades and slowly working towards better and better print quality.  Maybe if I had purchased a $1,200 printer from the get go I could have skipped all this, but I didn’t have that sort of cash.  Honestly, I wouldn’t have learned so much either. 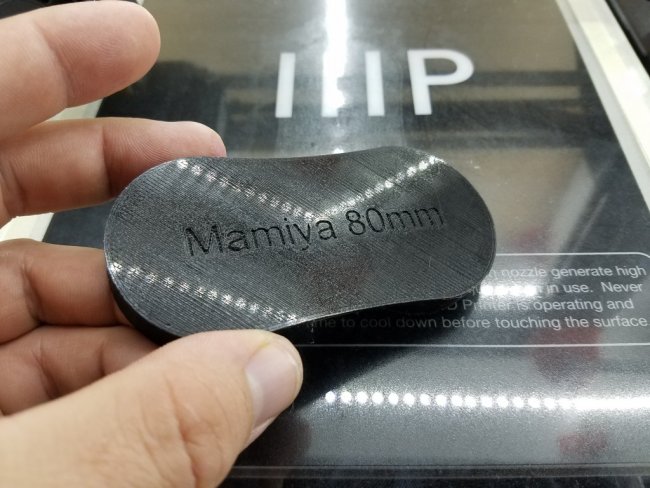 There is something special that happens when you finally get a good print from a difficult model. It’s like solving a Rubik’s Cube, or finishing a Sudoku. I’m not sure if the guys with commercial-grade printers feel it or not, but dang it feels good. I’ve slowed my printing output lately, I don’t print every cool thing I see but instead I print the parts I need. I’ve taken up 3D design again, and though I’m still learning it has paid off with a few projects. Having a 3D printer didn’t necessarily make my life any easier, and it certainly isn’t more convenient than purchasing parts online, but it is rewarding in that I can create something unique or rare in a matter of hours.

If you’re considering getting a 3D printer, be sure you know what you are getting into.  It isn’t easy, but it isn’t impossible. If you’re on a budget be prepared to skip out on a few features and options, or go with a printer with a well known upgrade path (and support!).  Learn how to dry, store, and care for your filaments. Basically, BE PREPARED TO LEARN.  That’s why we all do what we do anyway, right? 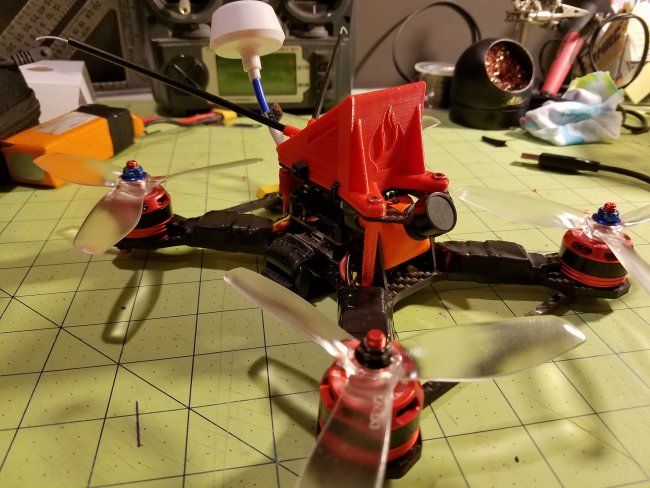 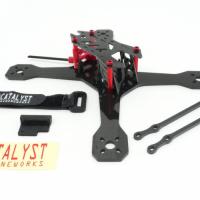 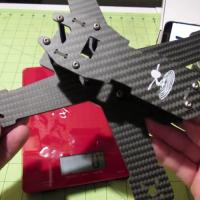 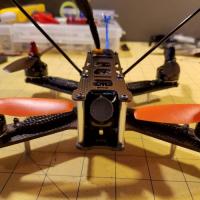 MikeRobey on February 2, 2017
Well written and I totally agree with everything you said. I have been 3D printing/designing for a bit of 12 months now and the learning never stops. My first 3D printer was terrible (Soliddoodle Press) but my new printer is wonderful (Flashforge Creater Pro). I think 3D printers are going to get steadily cheaper and easier to use as time goes on but you are correct in saying that, at the moment, its a hobby in itself but one that is a lot of fun and really rewarding.
Log In to reply
NoobRC on February 3, 2017
Thanks! The Creator Pro is a fantastic printer. I really like my printer too - sure I could have spent more on something high end but I don't think I would have learned as much. I know what every part of my printer is for, and I like knowing that if something should fail I can replace that specific part. The beauty of open source hardware! I'm starting to get the hang of it now, after a few months. I can finally print ABS consistently, and I have been experimenting with Taulman Bridge and flexible nylon. Tough stuff, but also tricky to print with.
Log In to reply
8Bit_Koopa on February 3, 2017
Anyone who is interested in the hobby check out our Thingiverse group. Once we get the community to join together there should be plenty of help just a click away.
http://www.thingiverse.com/groups/flite-test
Exchange ideas, help with issues, and generally work together to create awesome stuff!
Log In to reply
jetpackninja on February 1, 2018
Agreed. check out thingiverse. A blessing and a curse. I have found so many things to print that have been really interesting and helpful. I'm also in a Facebook group sepecific to my printer which is very helpful. I love also when my hobbies intersect. I was able recently to print some replacement parts for a plane that I have had bad luck with. Really is great to have toexperiment with!
Log In to reply

3D Printing is a hobby, not a convenience