In anticipation of the 15km SN8 Starship hop, I decided to launch my own Starship program, starting the same way SpaceX did: with a Starhopper test platform. I needed to know how to stabilize a vehicle like this so that I can scale up to more advanced hardware later, for a (hopefully) fully functioning radio controlled Starship.

I didn't want to simply build a cool airframe around a multirotor, but rather build a complete, unique and integrated aircraft. The real Starhopper uses 1x Raptor rocket engine. I don't have one. So I'll use two counter rotating brushless motors and propellers inside the body. At the bottom, I'll use two control surfaces to direct the airflow for roll and pitch control. This vehicle will, of course, need some sort of stabilization (more on that + free code later).

I started the build by cutting out some internal sections from dollar tree foamboard. These will be hot glued together in a "+" configuration to form the internal structure that will support the motors and electronics: 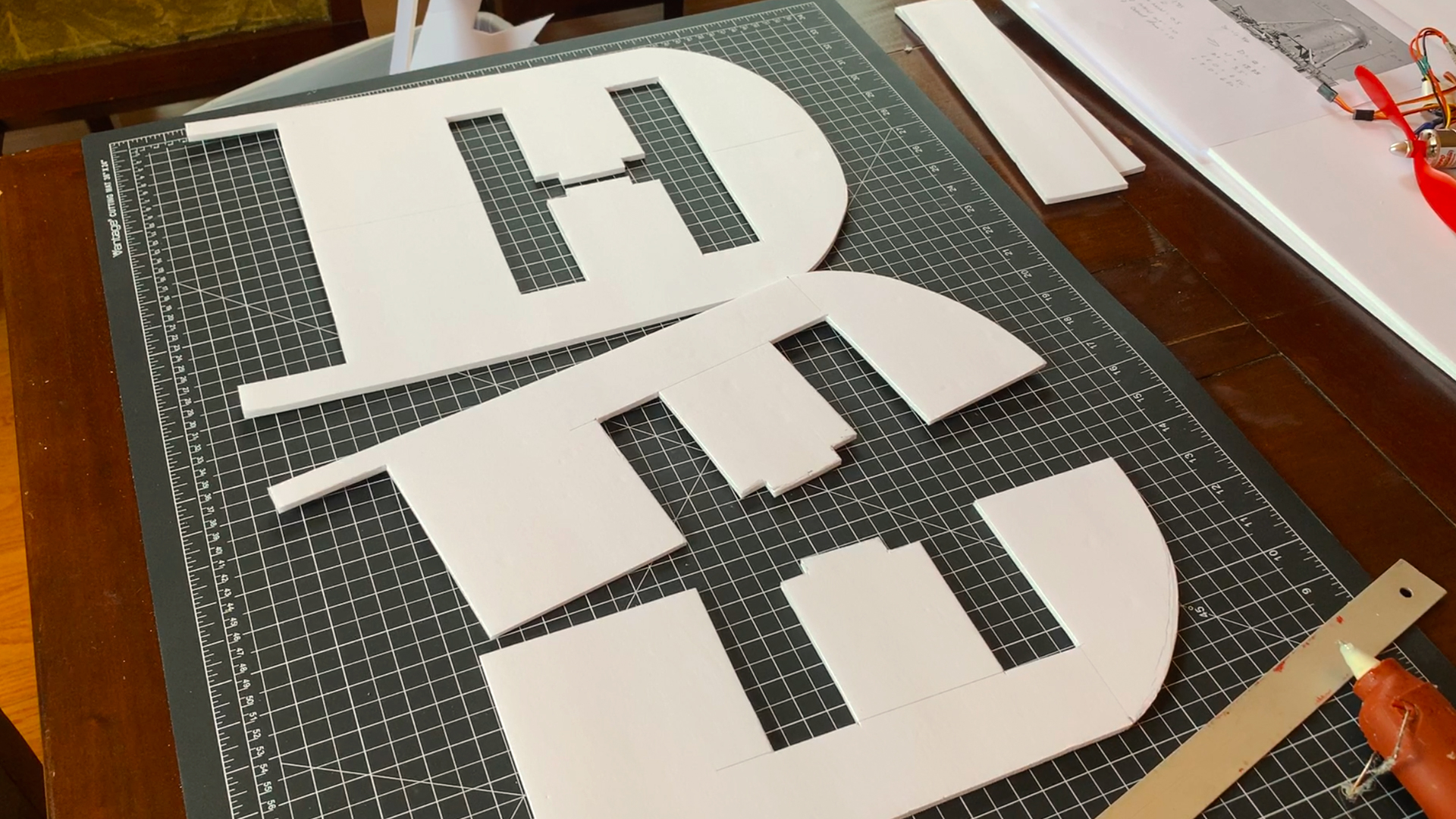 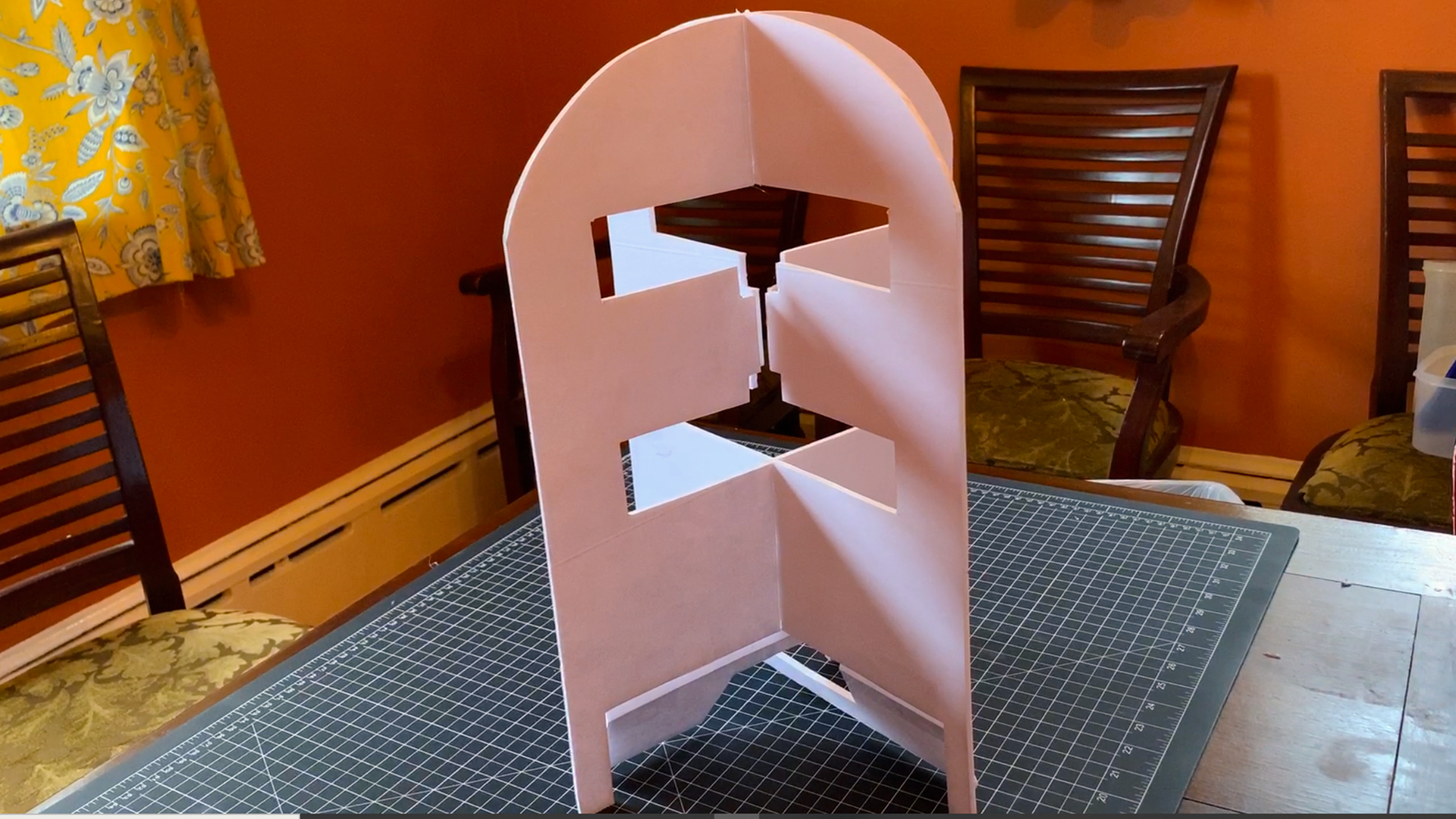 I glued on the two 1000kv brushless motors with 8-inch counter rotating propellers (it was all I had to spare for this project; Much better hardware will be used on the next iteration!). Then I taped on the ESCs, receiver, and my custom flight controller: 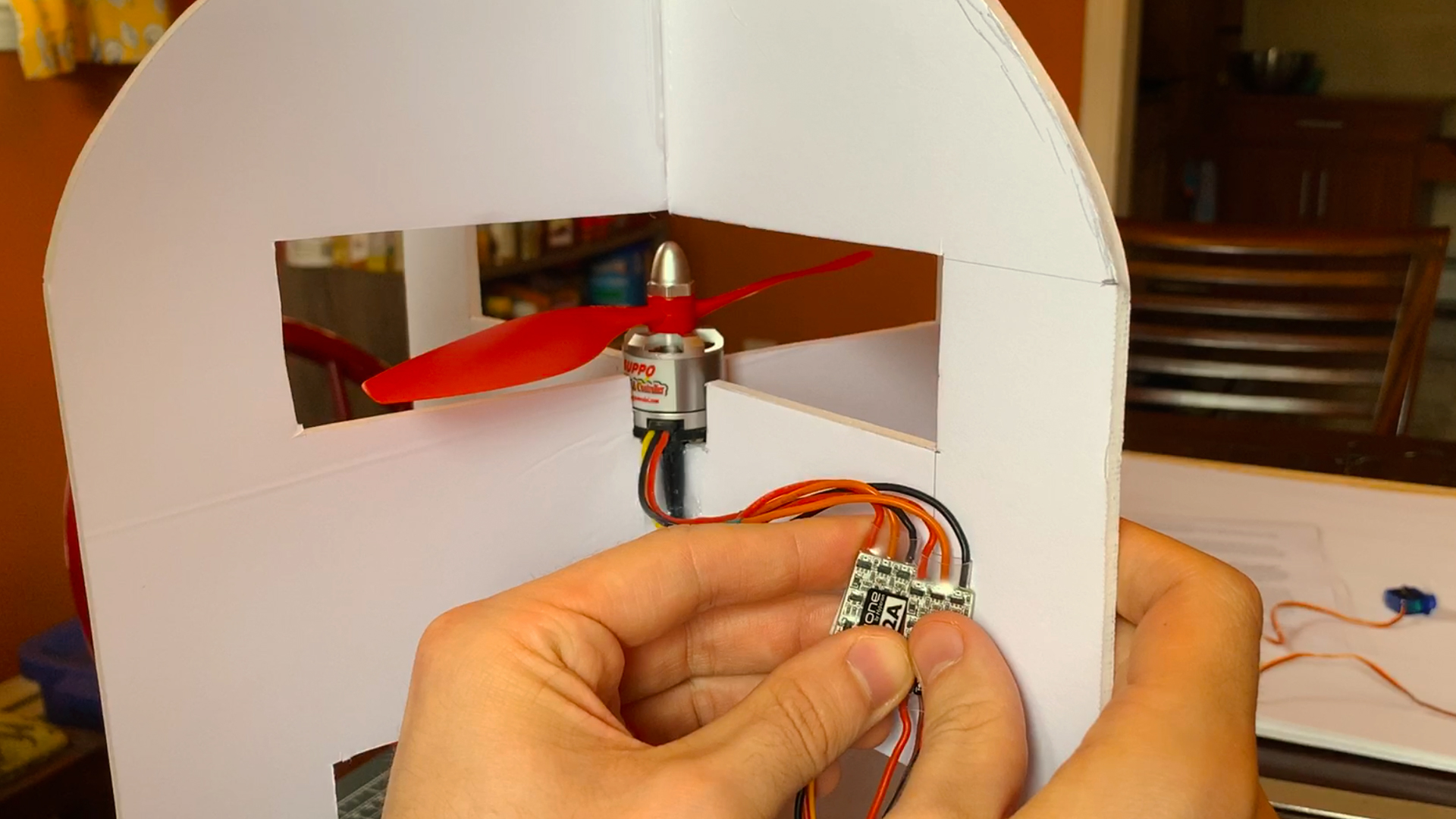 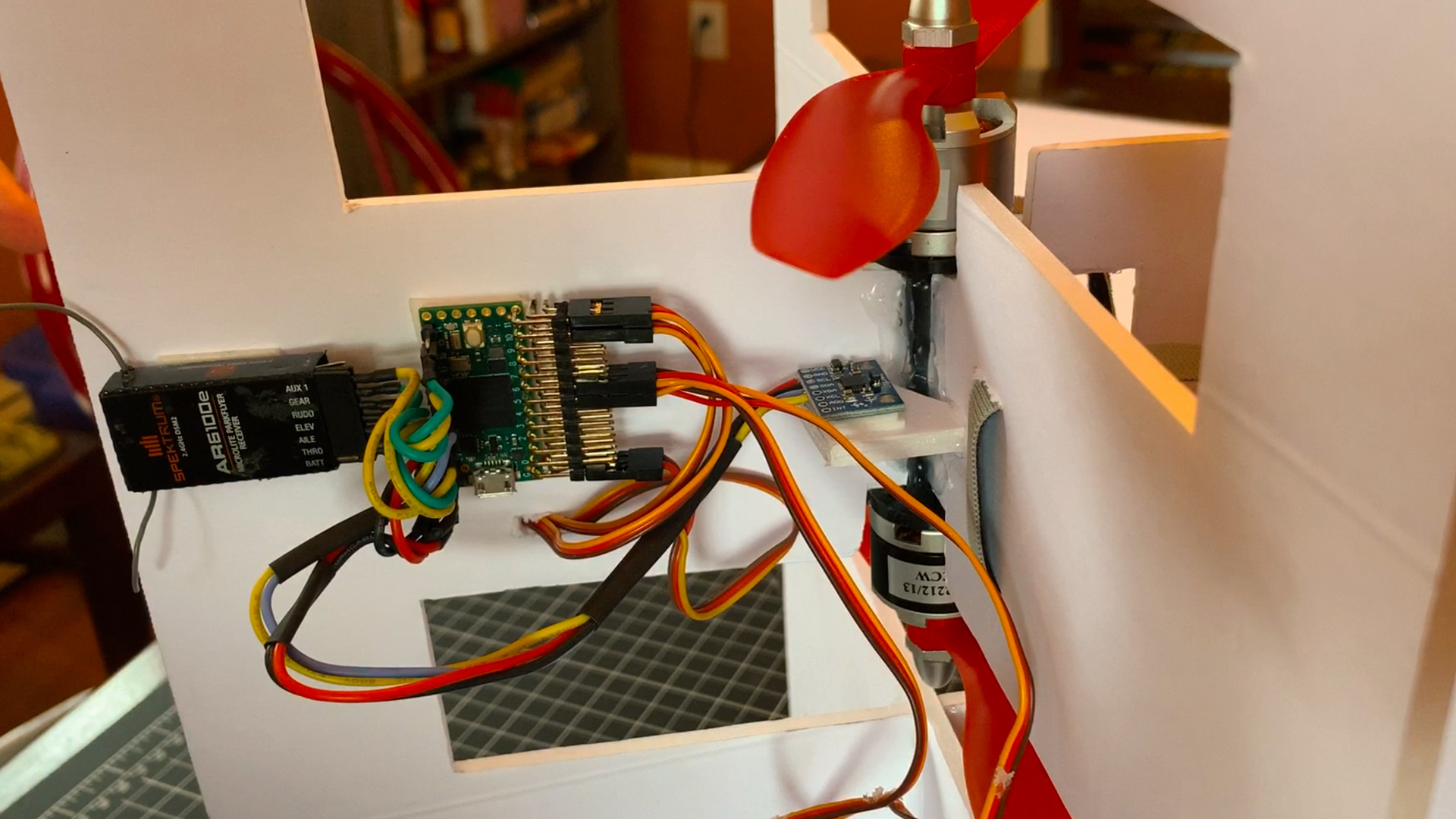 The flight controller is a Teensy 4.0 with MPU6050 IMU (all less then $30). You can download the base code which is uploaded to the board just like an Arduino here: https://github.com/nickrehm/dRehmFlight

Next up, I wrapped the exterior with a layer of foam with paper removed on the inside surface. Tip for bending foam without cracking it: heat it up over your stove and use the counter's edge to gently roll it. 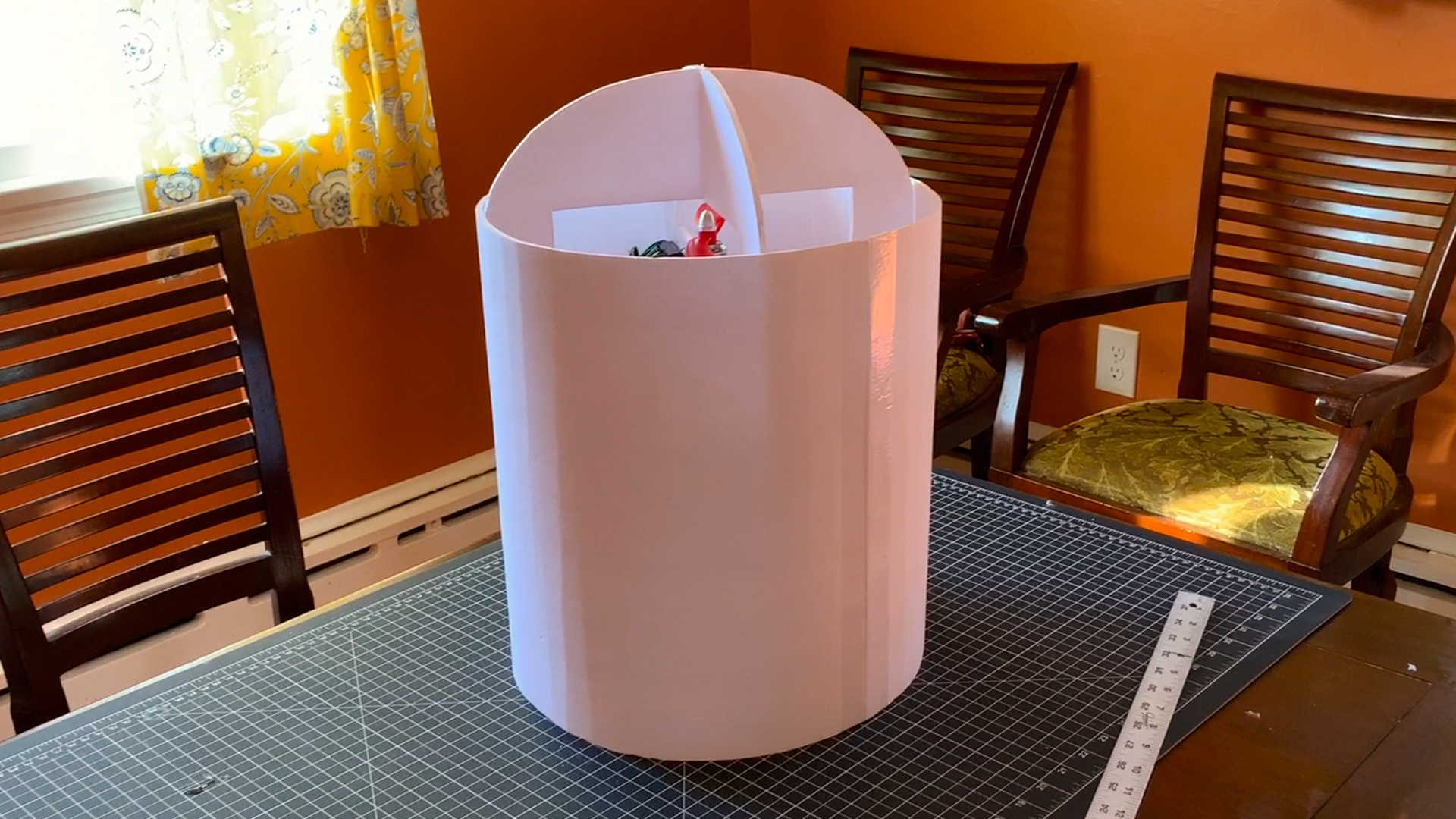 Then I cut out and glued on some triangular foam pieces to serve as the landing legs. I braced them with some wooden dowels, which was actually more for looks than anything. I eventually cut those off to save weight. 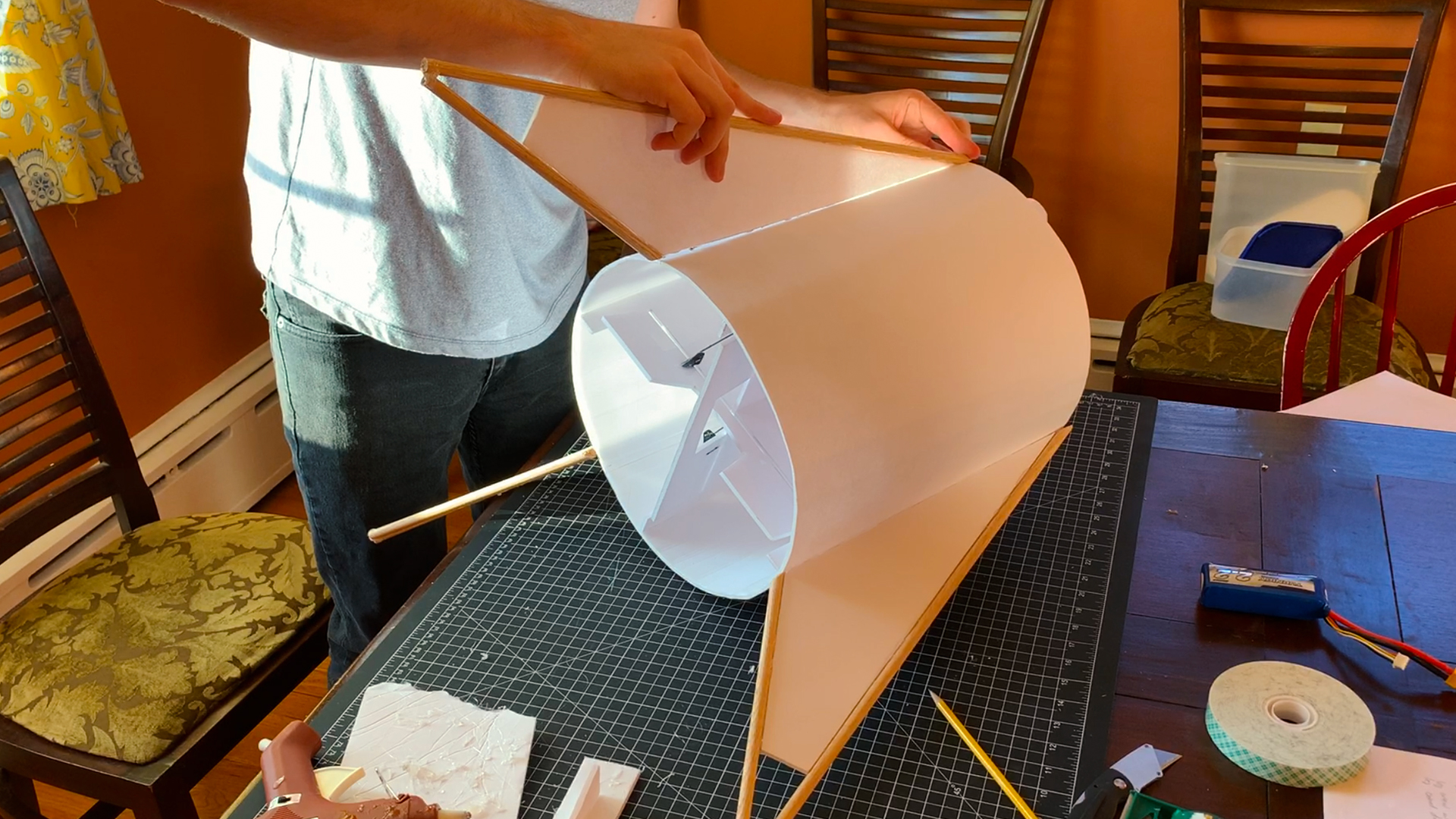 Last thing she needs is some paint: 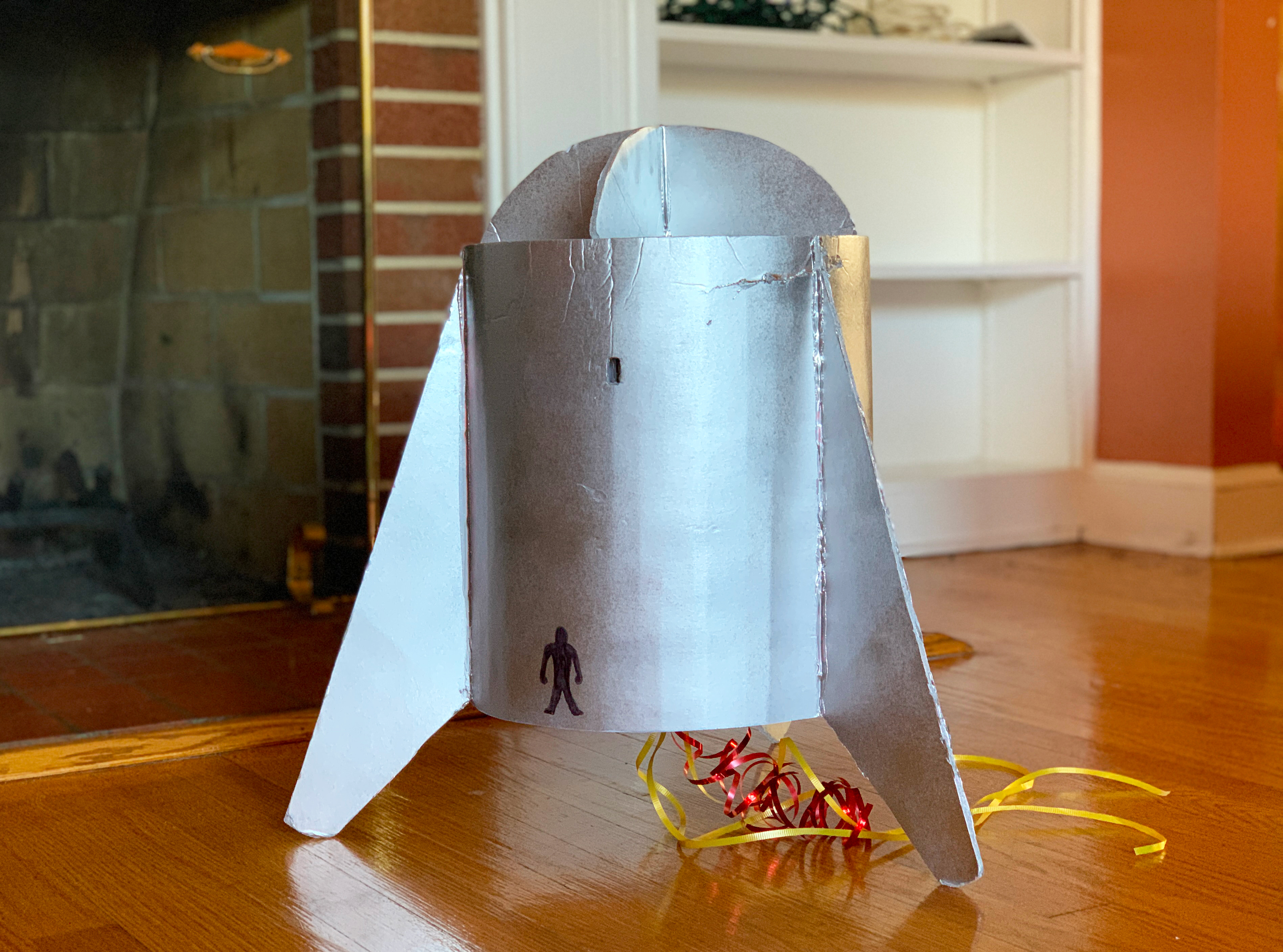 This project was not meant to be a polished final product, but rather a starting point to learn about control of tailsitter VTOL aircraft, similar to the real Starship. I learned a lot from this project that will be directly transferred over to the next iteration of my own Starship program:

2. Control surfaces might not be the way to go on the next version

3. Larger propellers will give more total thrust, but will result in less control authority...

4. The fewer the parts, the better

This was a fun project to learn about control of tailsitter-type VTOL aircraft. As with all projects, things didn't go exactly as planned, but that's when the learning happens. I hope you feel inspired to try building something new and different. If you enjoyed following along, sharing my video or subscribing to my channel to stay up to date on my Starship program would be greatly appreciated!

You can also follow along with my Starship development on it's own Hackaday page: 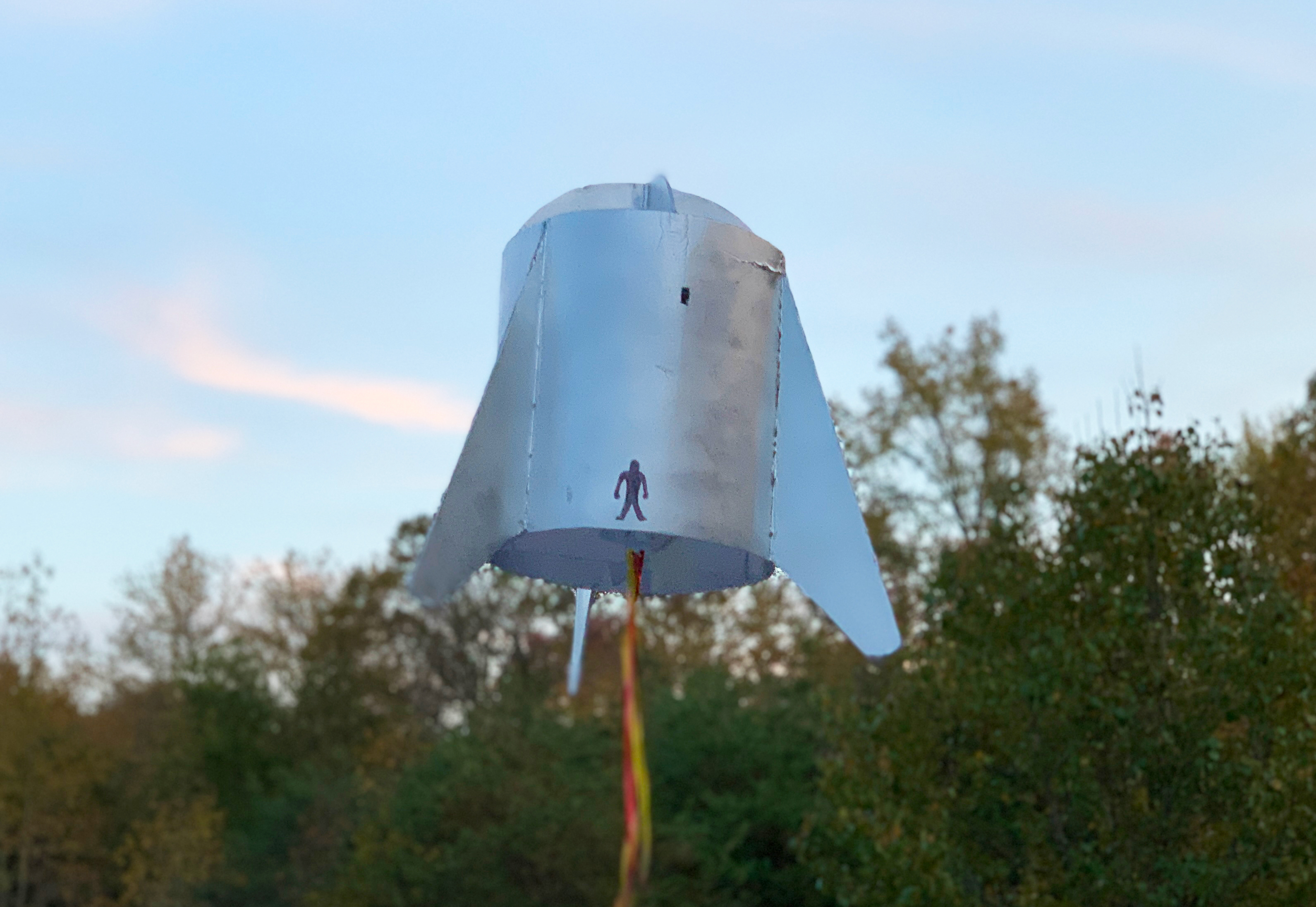 NYCBobby on November 7, 2020
This is a fantastic project. You achieved a great level of control. Cool using Arduino code too. Don't know if you happen to have seen rctestflite did a similar project.

Keep up the great work...good luck with your future projects. Loved this one.
Log In to reply

nickrehm on November 7, 2020
Thanks a ton Bobby, Yes I've definitely seen Daniel's version! I think my next iteration will be something closer to his for better control authority. This one I was leaning more toward looks because I haven't seen anyone do the starhopper yet and wanted it to be an eyecatcher
Cheers
Log In to reply 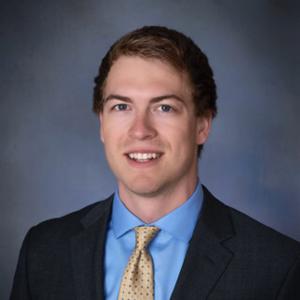