You may, or may not, be aware of the “Angry Swordsman” episode. We sliced a plane in half. Well, we didn’t… the swordsman did. Here it is in case you missed it…

Now we’re going to use this plane to illustrate a repair log.

First we need to assess the damage. The fuselage and the left wing took the bulk of the damage, and were completely severed. There were a few blemishes including the canopy and the tail. Internally the elevator servo arm broke, the elevator push rod was bent, and the clevis was broken. Additionally the servo in the wing was stripped.

Fortunately none of the electronics took a direct hit. 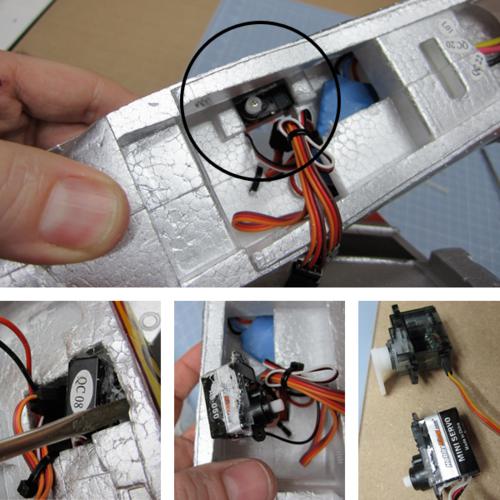 The servo arm was completely broken off and I didn’t have a replacement. So I replaced the whole servo with a similar sized one from another wrecked plane. 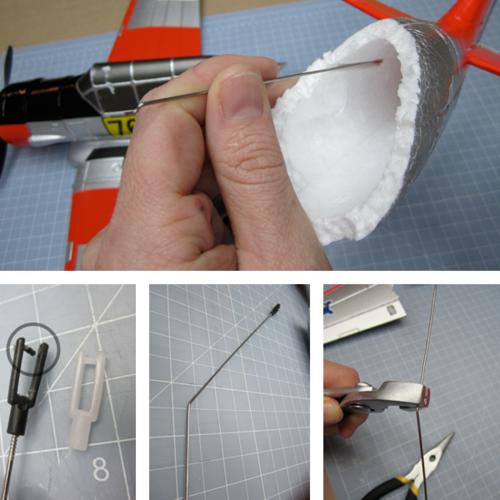 I replaced the connector on the push rod, straightened it and reinstalled it. 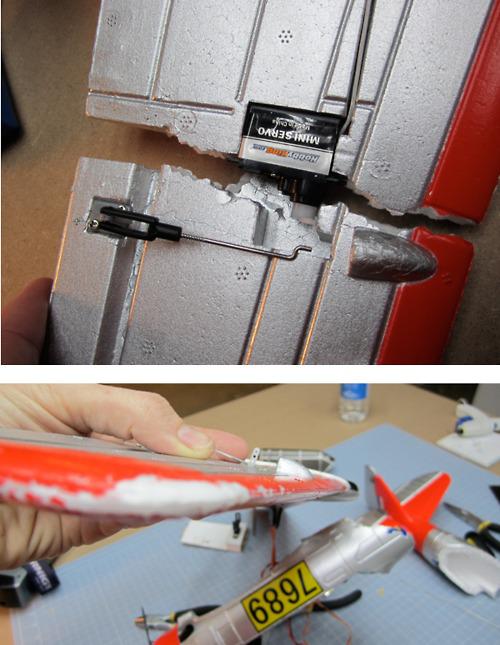 I used hot glue on the wing and fuselage. I decided to reinforce the wings to make them stronger. Especially across the repaired section. 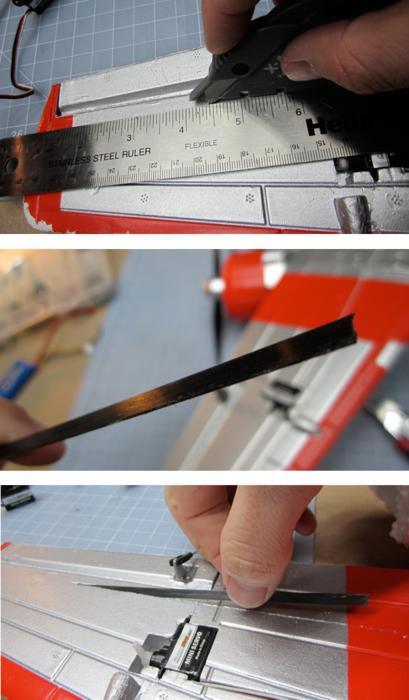 After gluing the wing together, I cut a channel with a razor knife and inserted a 3mm wide carbon fiber strip. A few drops of foam safe CA glue held it in place just fine. 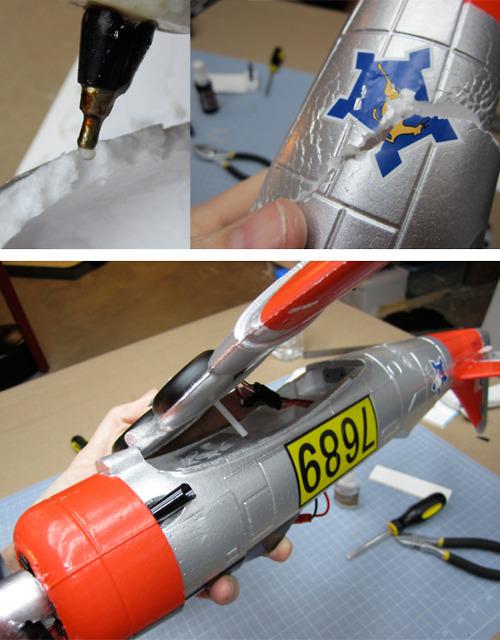 After hot gluing the fuselage back together, I reassembled the plane. 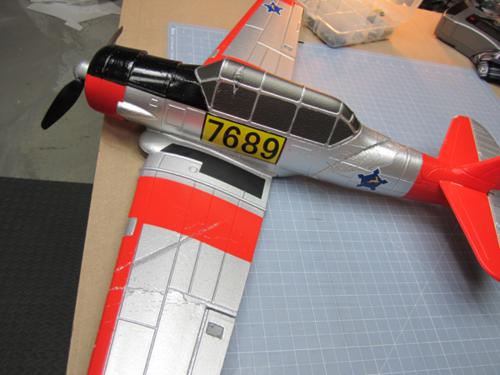 Now it’s functional and back together again! But wait… not done yet. We’re going to embrace the blemishes and enhance them in the next steps. 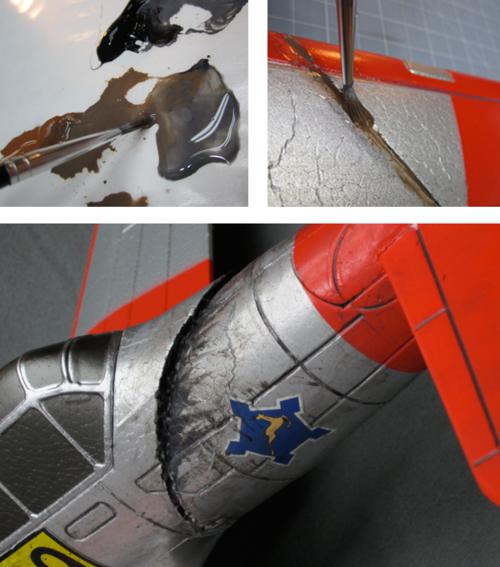 That’s it! All done. Personally I think it looks better than new. Now it has more character. 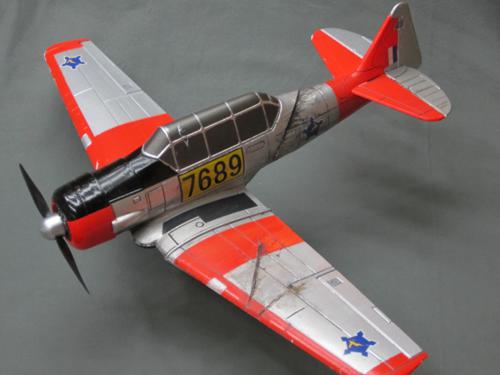