I decided my first multi-rotor build would be the Rotorbones Tricopter using the classic RCExplorer centre mount with the Flitetest rotorbones mounts and extras. The build went together really well using the Flitetest build video, it was really straight forward following a video as I could pause the instructions at any stage and David made the whole build fun!. I opted for Flitetest's Tilt Motor mount for the yaw as this looked like a simple way of getting me in the air. It's a really great design and saved me the time of making my own mount.

The motors I decided to use were the NTN 750kv from hobbyking but after upgrading to the Gopro3 I found that I was experiencing virbration problems. At first I thought this was down to the NTMs but I later realised that the old Flitetest motor mounts were not strong enough for these motors. Flitetest have now upgraded their motor mounts so this is not an issue anymore. I then tried using he SunnySky X2212 KV980 Motors and these performed great - so smooth and quiet compared to the NTMs.

I decided to use 8x3.8 APC slow fly props as I had noticed my friend ycopter had been getting good results from these particular props. I powered the Tricopter from a 4 cell 3000mAh LiPo battery. The ESCs are 30A Afro types designed by timecop (Hamasaki) with SimonK firmware (SimonK).

The rotorbones series are great value, and they have plenty of spares available (you'll need them if you're just starting out). My only wish, would be that they could get a stockist in the UK as shipping from the US can be expensive from the UK. I would recommend the Flitetest Tricopter to anyone starting out in multi-rotors and FPV as it's a very inexpensive way of getting into this exciting and new part of the rc flying hobby.

Flitetest have given me so much over the years in knowledge so I thought I'd pay the compliment back by posting a review of one of their products.

Below is a video showcasing one of my favourite flights over the summer. 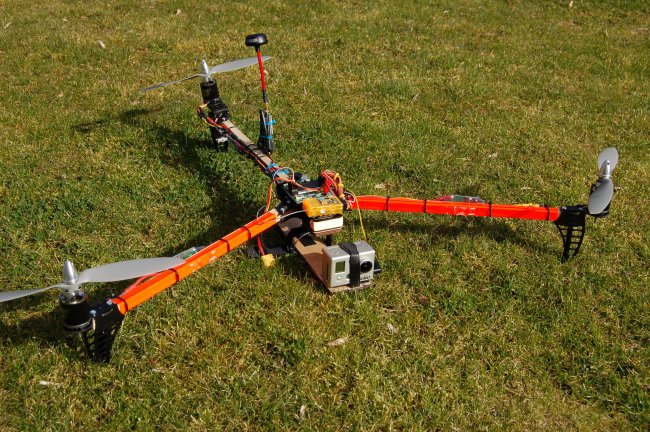 Gopherdave on October 25, 2014
Nice video and music! You have a natural talent for this, awesum, I'd love to see more! I was wondering what the music is? I like it.

Dave.
Log In to reply
JimmyC on October 25, 2014
Thanks Dave - I have quite a few videos like this on my youtube channel. The music is by Birds of Paradise. https://itunes.apple.com/album/urge-to-purge/id708679909?i=708679995&ign-mpt=uo%3D5
Log In to reply
ycopter on October 27, 2014
Hi Jim, a very well composed video, I love the cinematic sound track. The location would make a fantastic quad / tricopter race track!
Log In to reply 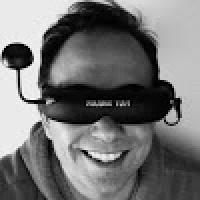