Josh and Josh take a look at the Sensei FS RTF from Flyzone feature the WISE Flight Stabilization System. 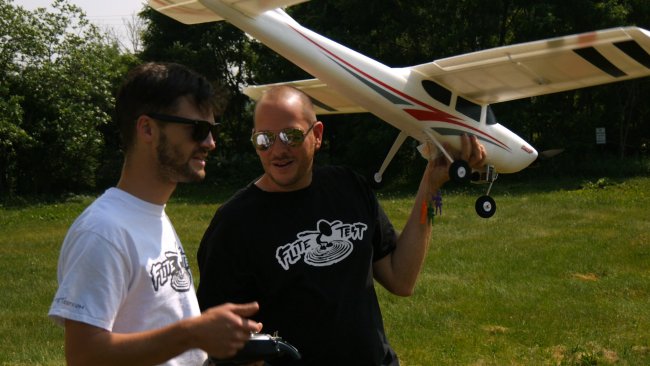 The WISE 3-axis stabilization system will give beginner pilots the confidence to learn new maneuvers without the fear of crashing. 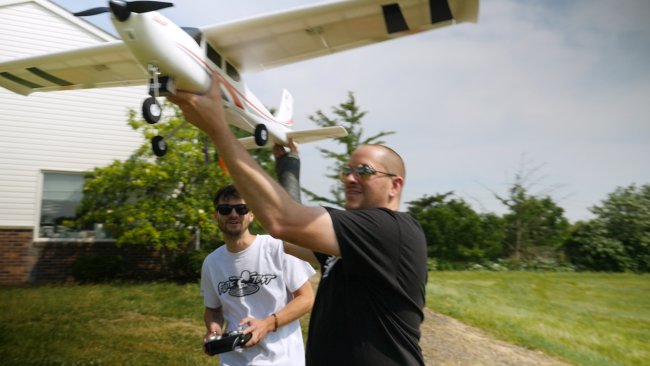 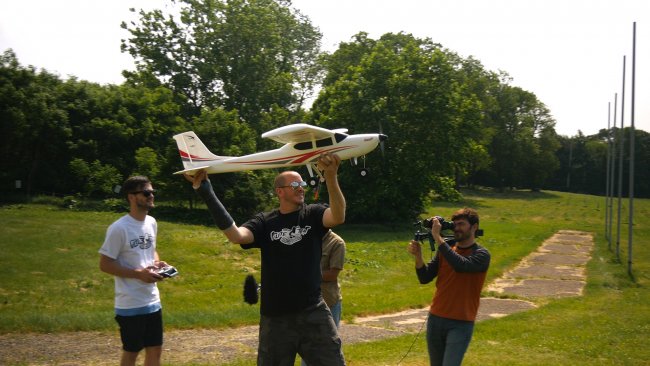 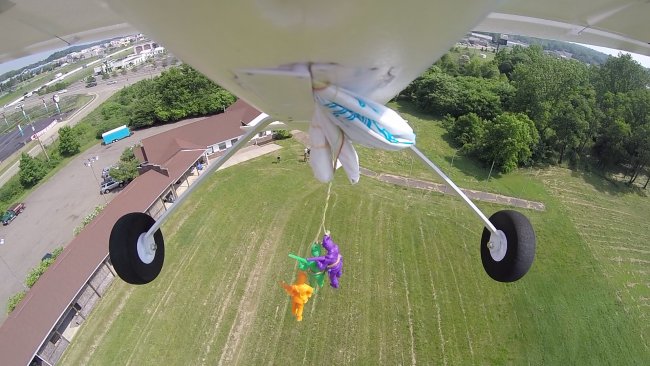 The Sensei FS also features a "drop-door" that can be used to drop small items or setup to 'squeeze' the payload and hang it under the airplane. 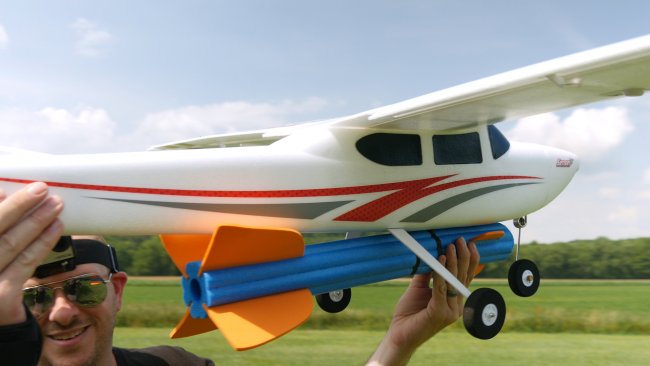 Peter decided to create a bomb drop that could be squeezed into the drop-door. 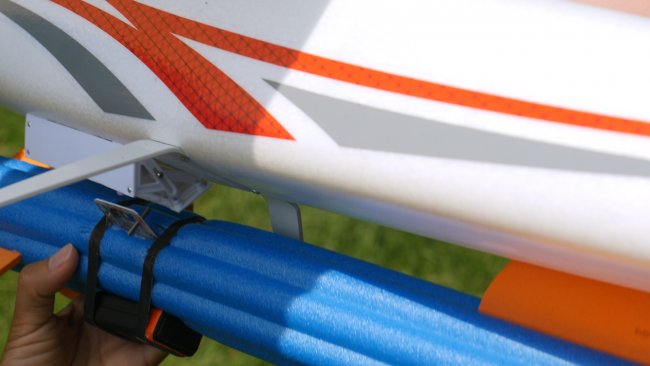 By hot glueing a plastic card into the foam bomb and adding a bolt to catch the door and keep it in place until released. 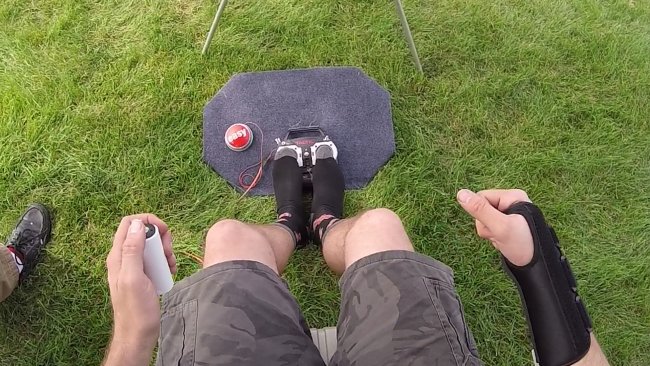 Because Josh's arm has been in a cast, we decided to try a foot-flying challenge with the Sensei. 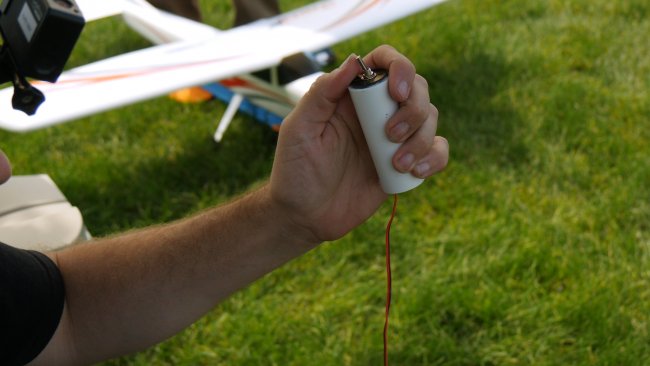 Peter rigged the "Easy" button to activate the WISE Fail Safe switch and the handheld switch controls the bomb bay. 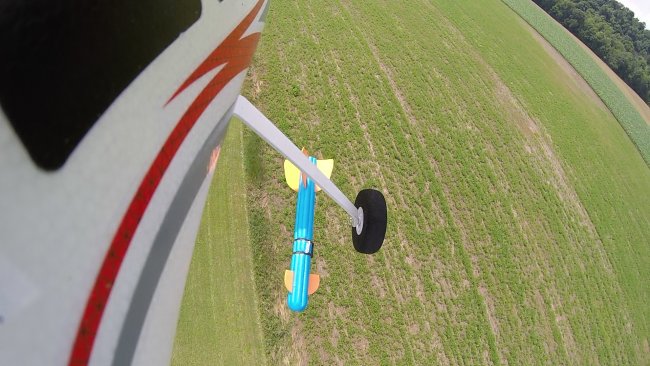 Flying with your feet is a challenge in itself! But Josh and Peter were both able to get the airplane off the ground and try the drop as well as land it. 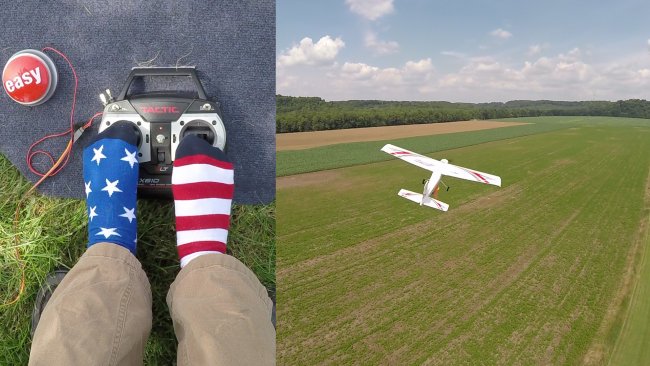 Josh has been flying with his feet for years, but this is a first for Peter. 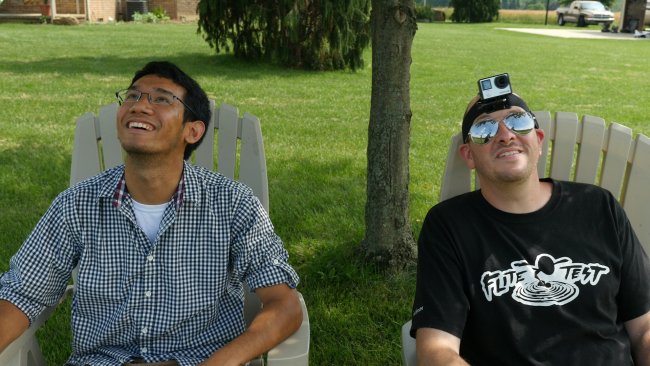 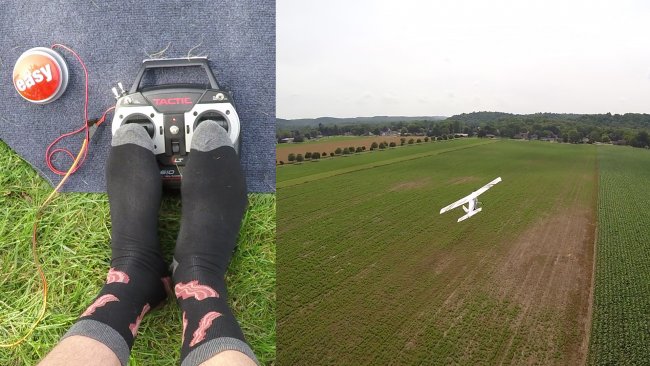 The Sensei FS was the perfect platform to try this flying with feet challenge. 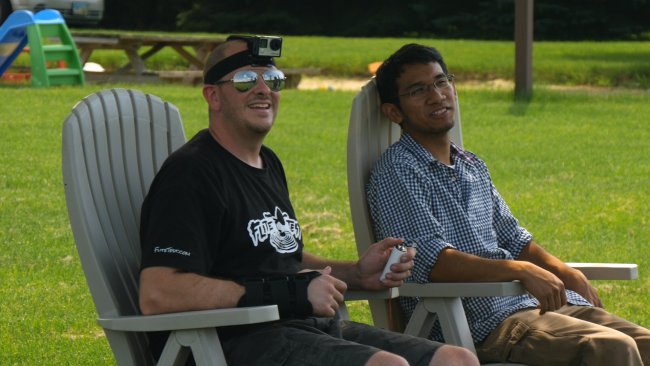 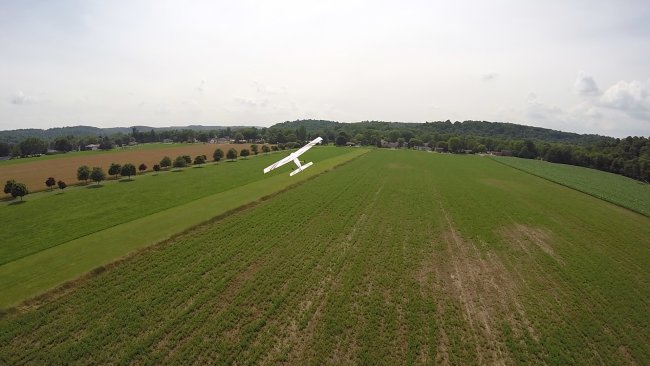 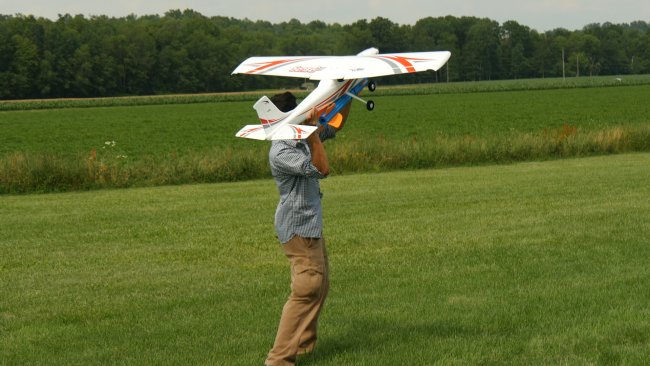 Be sure to check out some of our past bomb-drop challenges linked below and let us know what else you'd like to see on future episodes! 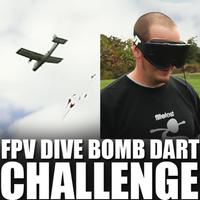 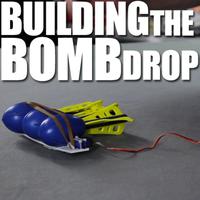 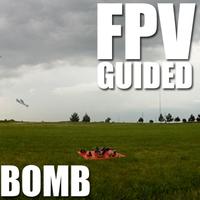 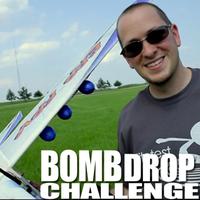 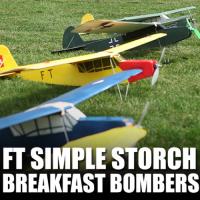 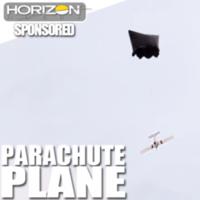 1959cutter on June 30, 2015
it might be impolite to ask,but what happened to your wrist?
will it be better soon?
this episode could inspire people with disabilities to try this hobby.
thanks
Log In to reply
mjpilot on June 30, 2015
He broke it when he was making a tree house. Listen to the podcast labeled Story Time for more info. It will be better by Flite Fest.
Log In to reply
Stingray Aviation on July 2, 2015
You guys should do an episode where you build a Fulton Recovery System using the Guinea Pig and a helium balloon. It would be really cool and I don't think anyone has tried this on an RC plane. Kinda like this:
https://www.youtube.com/watch?v=t5GJ4cu311o
Log In to reply
clangeva on July 18, 2015
I challenge you guys to do an episode where you make a working space shuttle that lunches off with hobby grade engines and you can glide the shuttle back down. That would be an awesome challenge.
Log In to reply
Elliot.G on August 2, 2015
Can you guys give some advice in programming my Graupner MX-18 with correct settings so that I can get the Rx-R version of this Aircraft to work with it please.
Log In to reply