I have been brainstorming how to land on snow, since winter is coming, especially here in Norway. I think this is quite a good solution: flexible, big footprint landing gear, although I have not tested yet (it's been raining for 3 months non stop). I was thinking maybe a balloon could be a good solution, but how to mount it on a boom so it stays in place and keeps a good clearance of the snow?

So here's the idea:
I took a plastic mineral water bottle (1.5L) and cut down the top of it, just roughly. 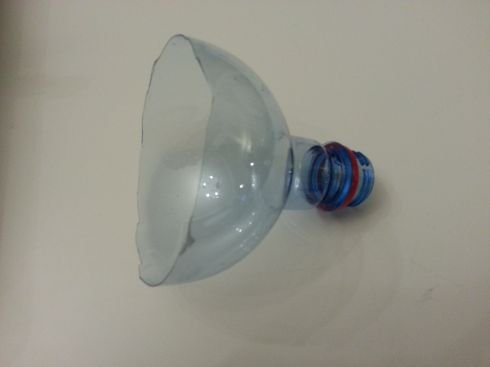 To cut around equally, I placed a marker on top of two laptops (I have a shaky hand) and turned it around 360 degrees - as in the picture below - and softly touched the plastic side of the neck to make a line around the bottle. Don't push it hard against the marker, or the plastic will flex and the marking will not be at equal height. 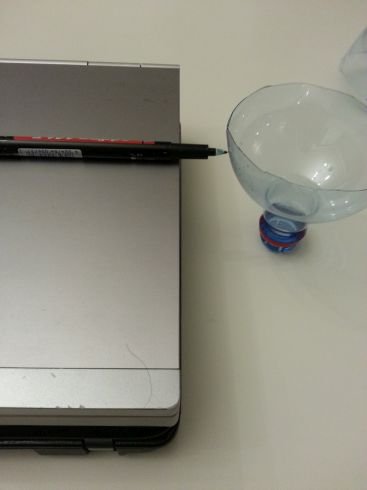 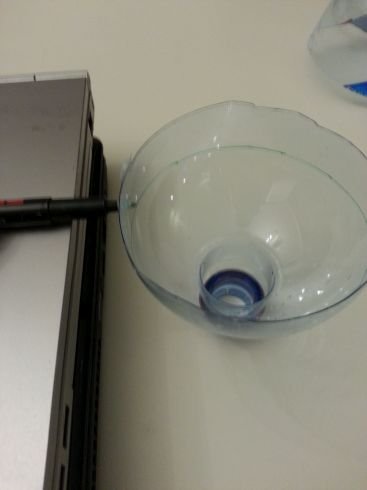 Now take scissors and cut on the line. Try to cut it smoothly so no chips will be on the perimeter. If there are any chips, cut them off. 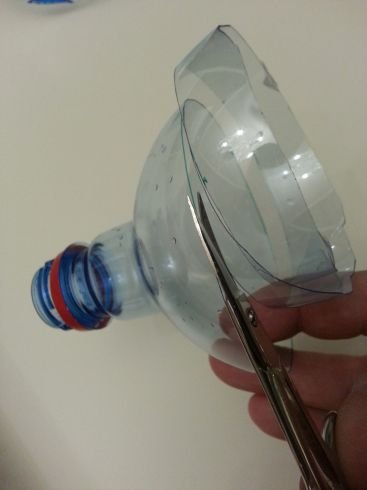 Here it is, all three bottle necks. 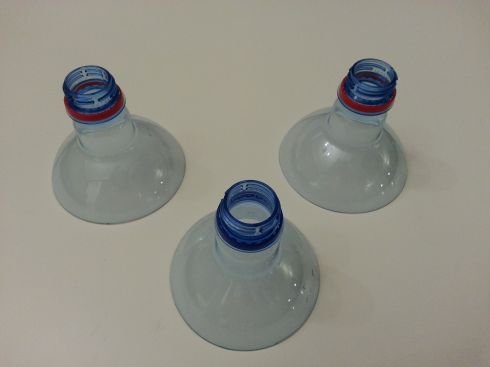 Also I bought some really strong type of balloons, as it turned out. You will see the stress test at the end of the article :-) 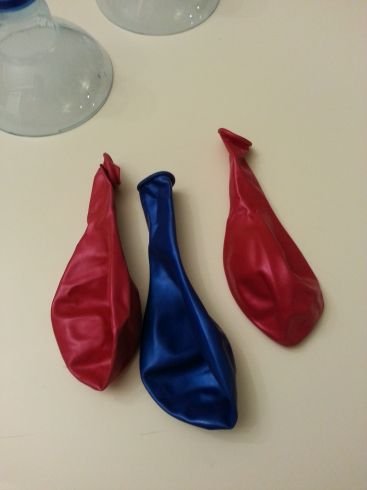 So to have a nice, sharp-less edge, I used tape to cover it on one side (half width of the tape) and bent the tape over so the inside is covered also. This way, in case of a "hard landing" (as hard as it can be in a soft, fresh snow) the balloons will not explode. 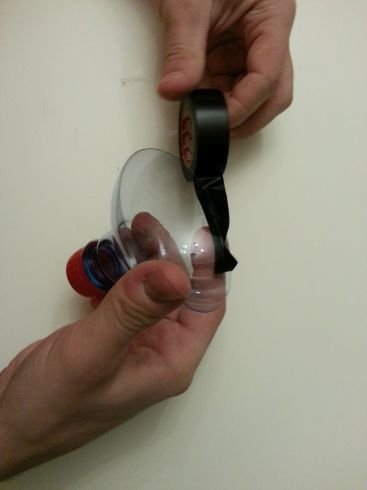 Now the next question is how to fix it to the boom? Well, using zip ties. To do this, leave the cap on and drill a hole through (I used a 3mm drill). By leaving the cap on and a high RPM of the drill machine, you help to make a clean hole, no chips will be inside of the neck. 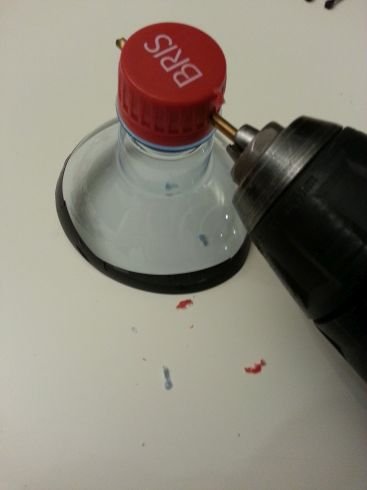 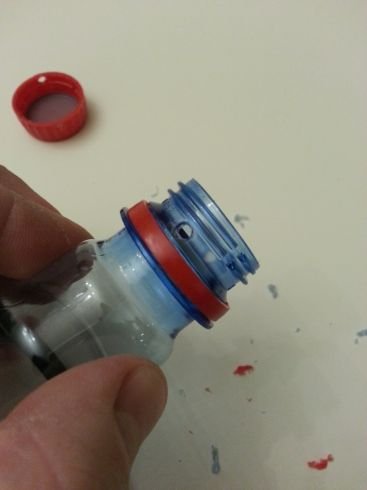 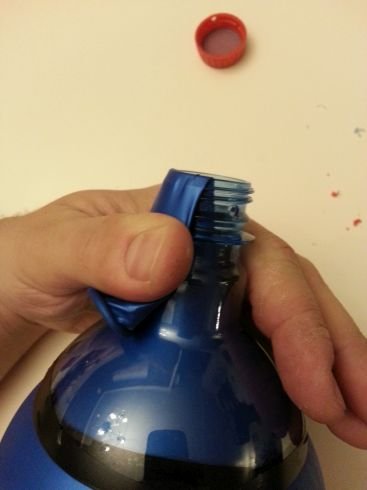 Take a zip tie and insert into that groove where that red ring was. This way when you fasten it, the end of the balloon will stay in place and will never slide out. 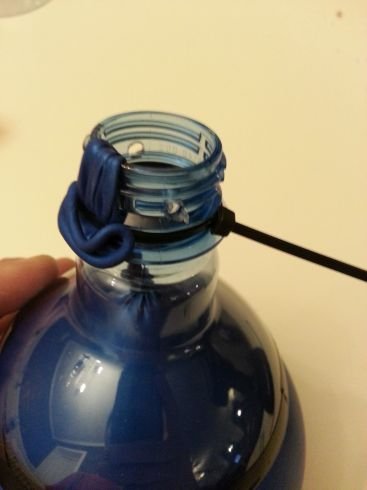 Cut the excess off the zip tie. The next and last thing is to fix it to the boom, feed a zip tie through the 2 pre-drilled holes and fasten it around the boom. 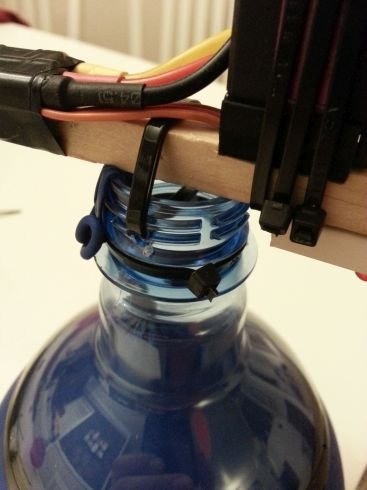 Now fix all three landing gears to the booms and viola, you can land on snow.

As I promised at the beginning, I did a stress test (meas. unit: kg). I applied force on the balloon, inserted it into the bottle neck and it did not fail. I don't think a drone would ever be too heavy a force on the landing gear, except a free fall :-) 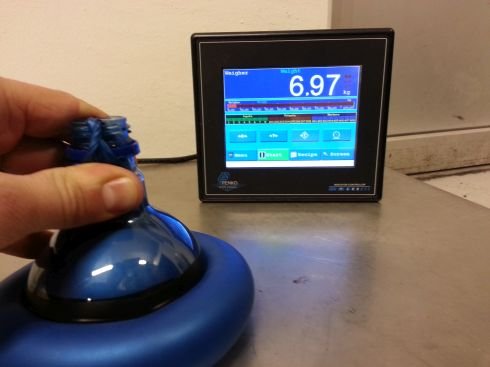 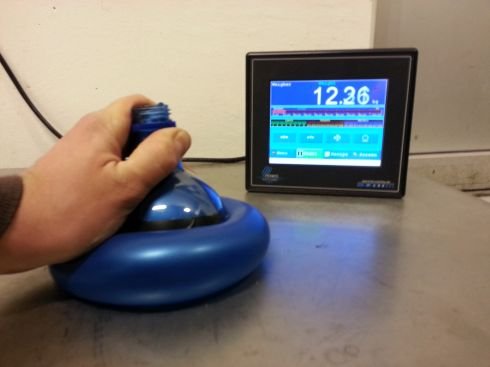 You could say that the balloons right under the propellers can have influence on the aerodynamics (thrust or wind can catch up the drone and so on) but as I tested, for my use, this is just perfect.

I hope that you like the idea! Please feel free to upgrade/change and add new ideas, and of course if you find some mistyping, just let me know.

Here is a pic about my Tricopter, I love the way it looks. 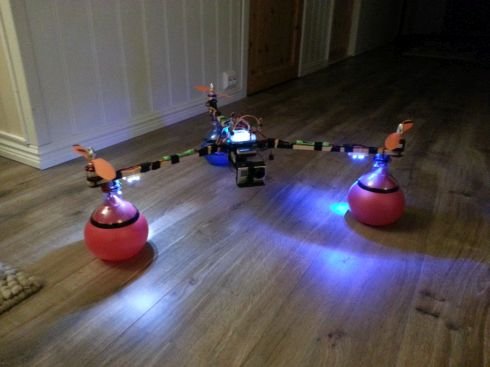 oneiwily on December 6, 2015
it looks awesome..
I wander if you can use the same principle as "ohh crap" and instantly inflate some balloons in-case of accident. , you know flipped in water/about to crush ..
Log In to reply
The-One-Who-Never-Crashes on December 7, 2015
R/C airbags?! Sure! That's a future Flite Test episode right there.
Log In to reply
Szilard on December 11, 2015
good idea, can be done by using those air puncture repair kit air "bottles" :-)
the only downside is that you have to control how many air to blow in, otherwise....kabooooommm :-)
Log In to reply
Origamipilot on December 7, 2015
won't the balloons deflate after a while? 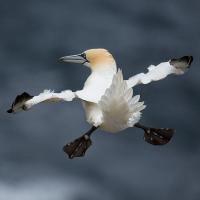