Here is my first R/C airplane design that I am making available for everyone. I'm calling it the FPV Starchaser because one of my main goals was to be able to stuff it full of FPV gear. It is made from two sheets of dollar tree foam board and is a pretty simple and quick design to build. My inspiration for the design was the Colonial Viper from the old Battlestar Galactica t.v. show, I have always wanted to build an r/c version of that ship! 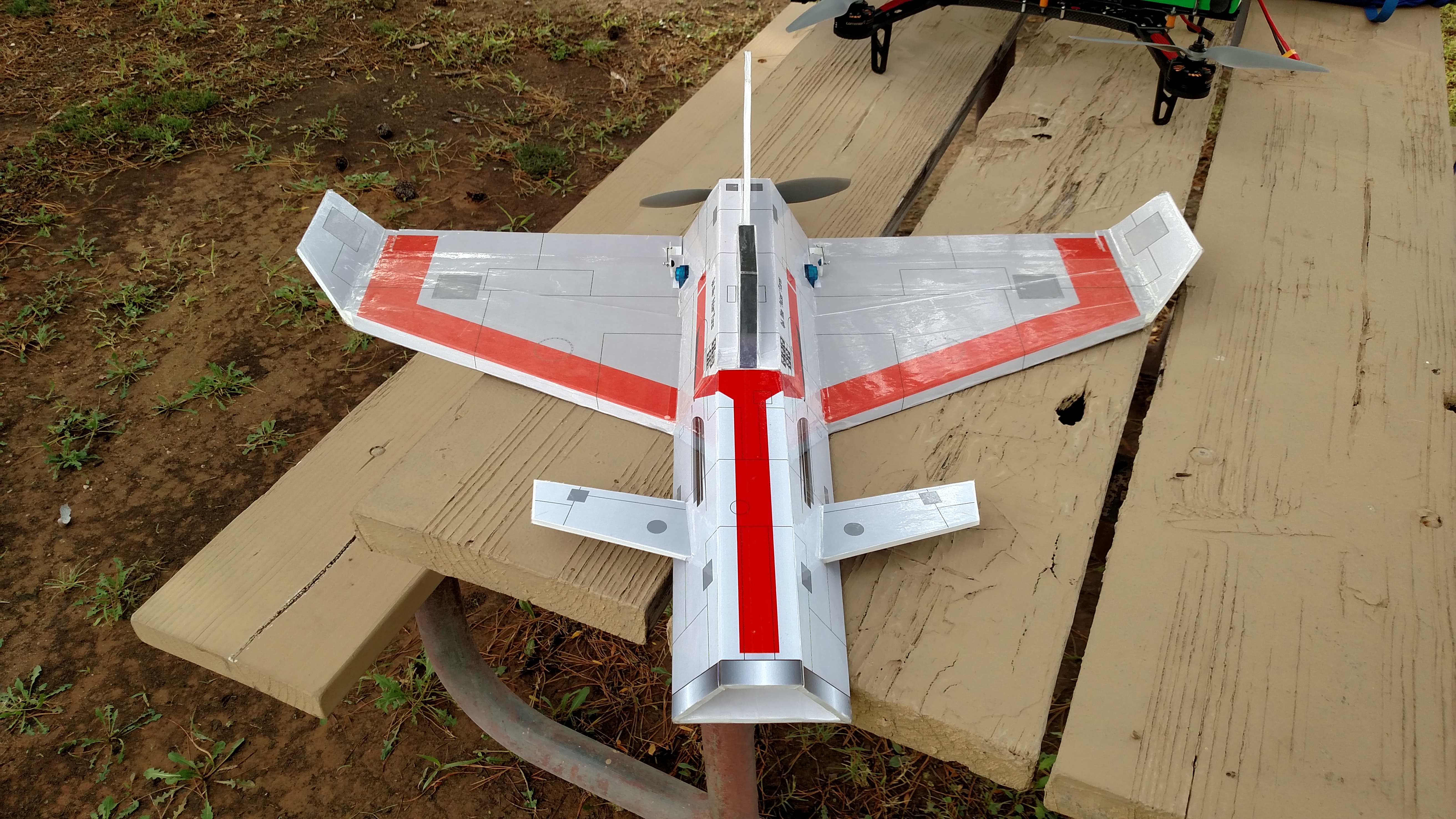 It is a pusher prop design that uses two servos for elevon mixing. The front canards are non-functional and are angled at five degrees. The thin cockpit area along with the vertical stabilizer is used as an area to grab onto for launching, there is no rudder on the stabilizer. The wing has a twenty-six and a half inch span without the "winglets", and the airfoil is a Kfm 2. The front nose area slides forward and allows access for battery area, the stationary canards are attached to the nose. The graphics on the plane were drawn in Adobe Illustrator and are saved as one big sheet as a PNG file, which I took to Staples and had printed out for around eight dollars. I used 3M spray glue to attach the graphics, then covered the entire plane with clear packing tape to give it more protection, durability, and a nice shiny surface. 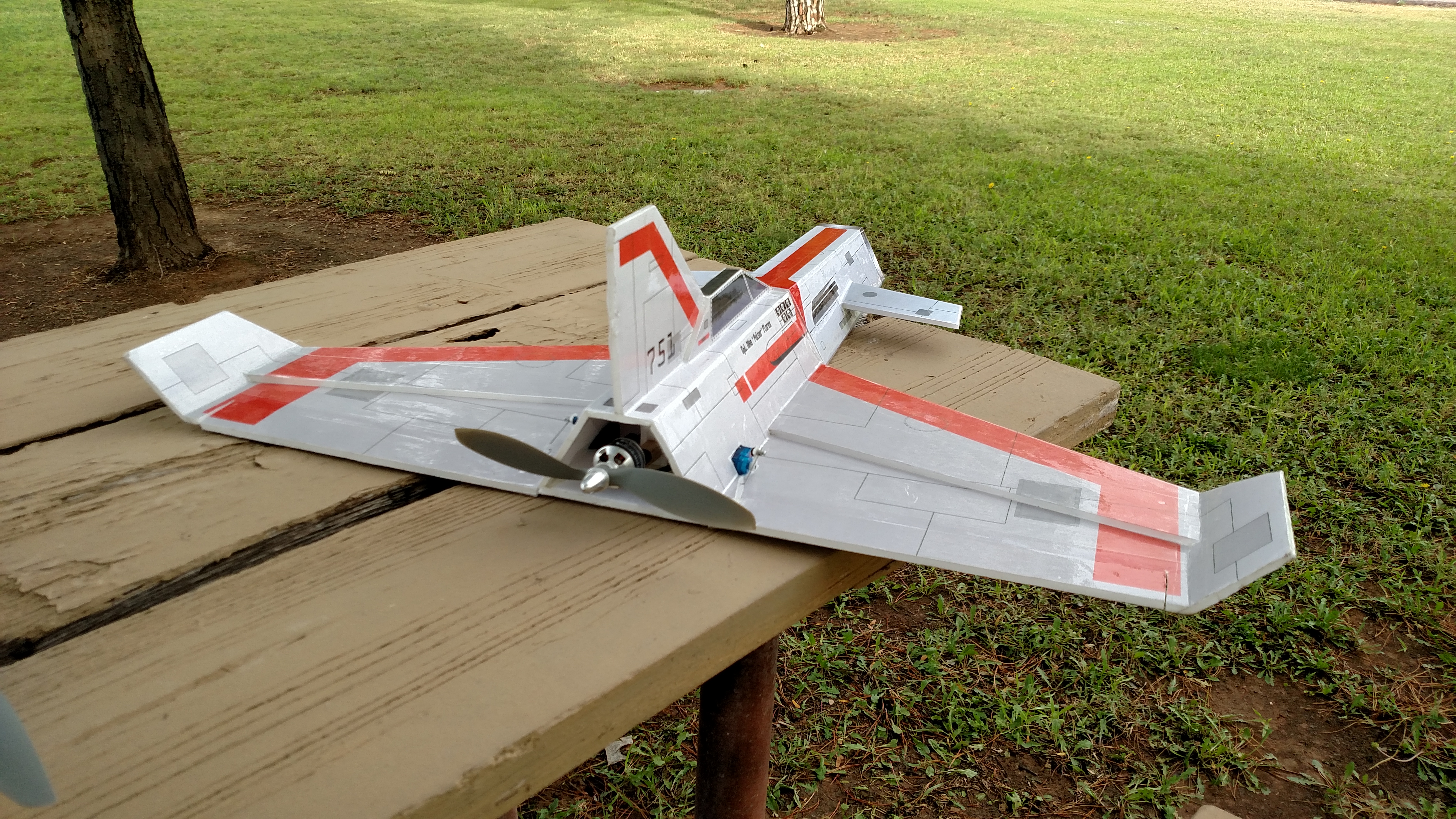 The plane flies pretty well and makes really sharp banking turns with a small amount of up elevator to keep the nose from pointing down. Rolls are really quick with good tracking coming out of the roll, but loops are not as pretty and the wings get tipsy coming out of the loop. Landings are really easy and a slight flare up at slow speed a foot from the ground will drop it on the bullseye! It flies for about five to seven minutes depending on how much throttle I am using and usually cruises at about half. For the most part, I am using 1300 3S Lipos, but have also flown it with batteries ranging from 850 mAh to 2200.

I will be coming out with the free plans soon as well as an instructional video, along with the file for the graphics (which will not have my name or call sign on the side, that area will be blank). Here is a flight video showing some cool chase footage with a quad!