Stefan absolutely smashed his IKEA chairplane project. The thing flew like a charm!

Here's a more detailed look at the whole construction process, how problems were overcome and, quite simply, how Stefan knocked it out of the park. If you want to build one of these (sorry, no Speed Build Kit on this one), here's how it was done.

Stefan made quick progress by repurposing the No Plan Plane wing. Having a large wing area ended up providing plenty of lift for the chair. 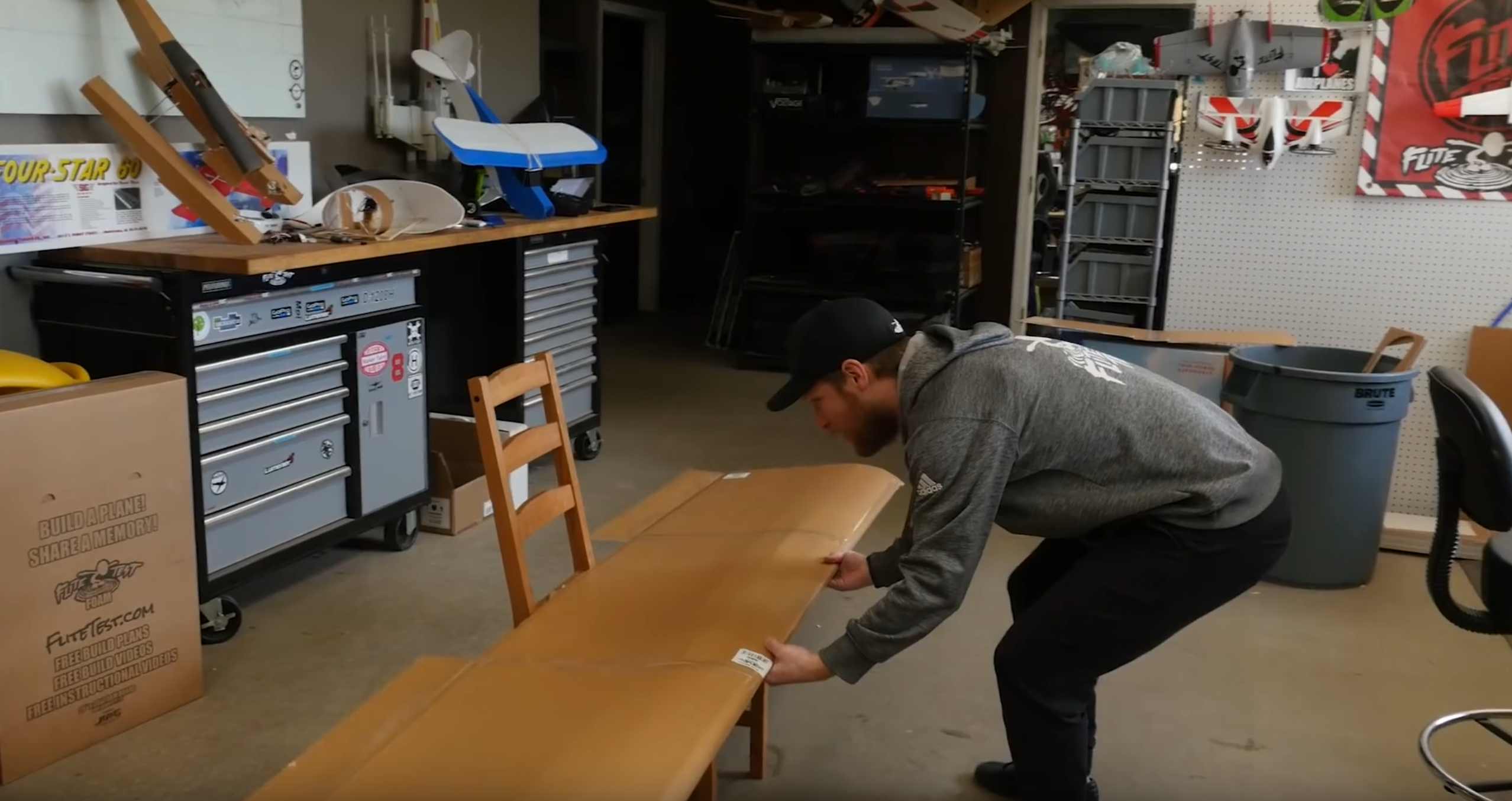 Twin carbon booms were used to attach the tail. This was a good idea as it meant that the whole tail assembly remained rigid and structurally sound. 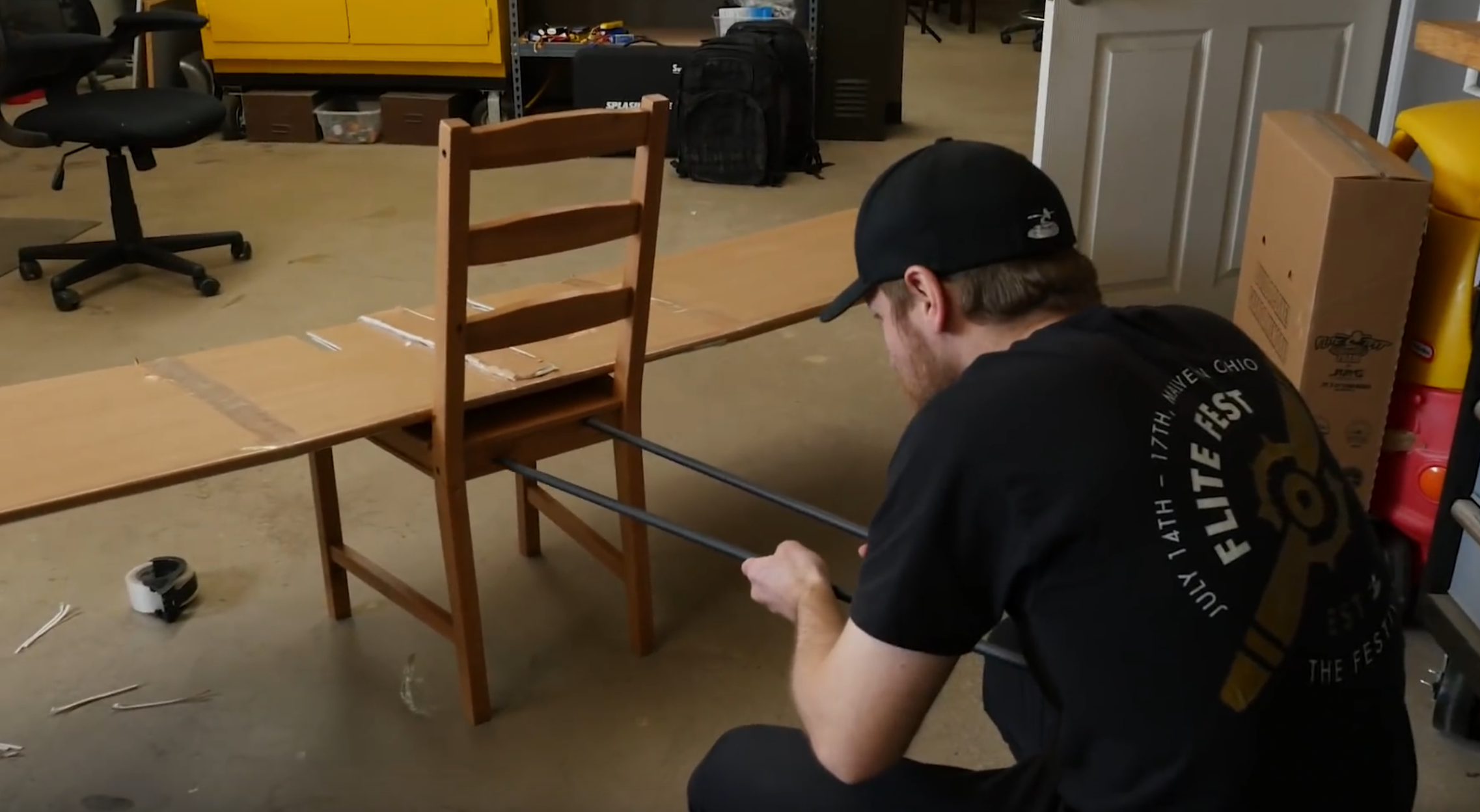 Instead of externally mounting these booms, holes were cut into the chair itself making this structure even sturdier. 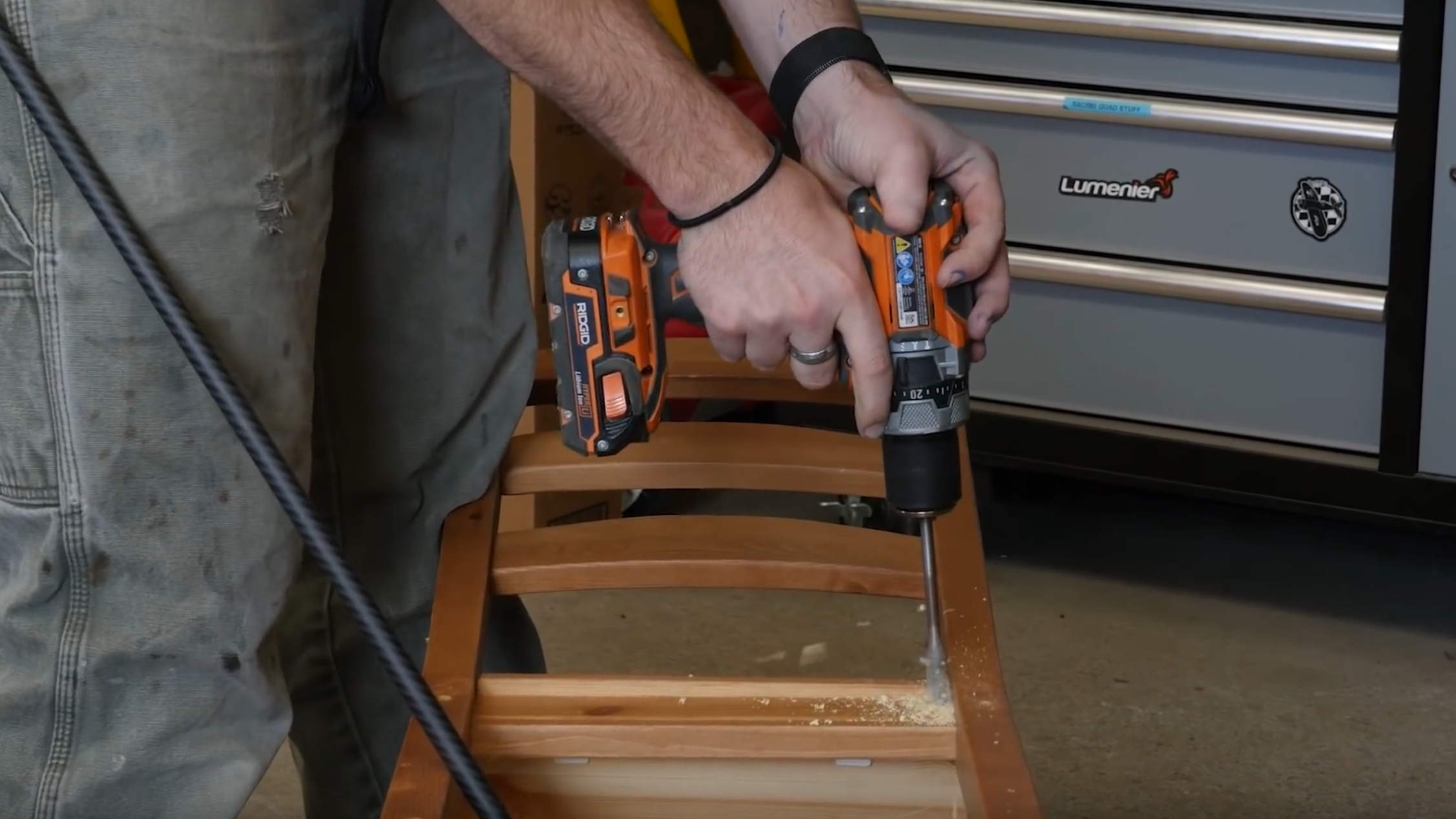 The next step in Stefan's build was to 'hug' a vertical stabiliser into shape. It took a few attempts to find the right size, but in the end, a large tail was decided on. If you want to know some more about what makes a good stable airframe, check out this article on practical aerodynamics. 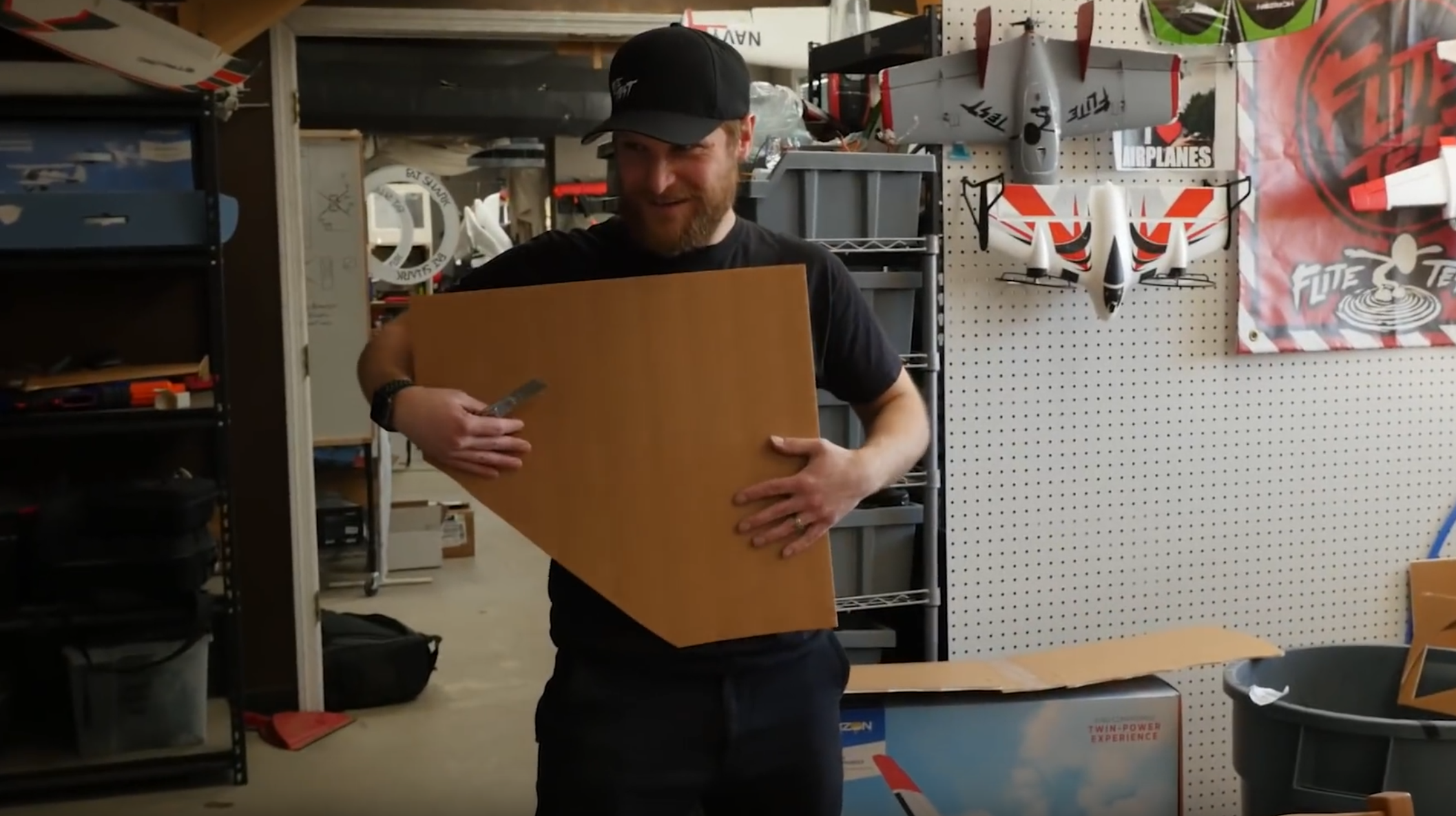 Stefan skillfully cut out a horizontal stabiliser from foam board. 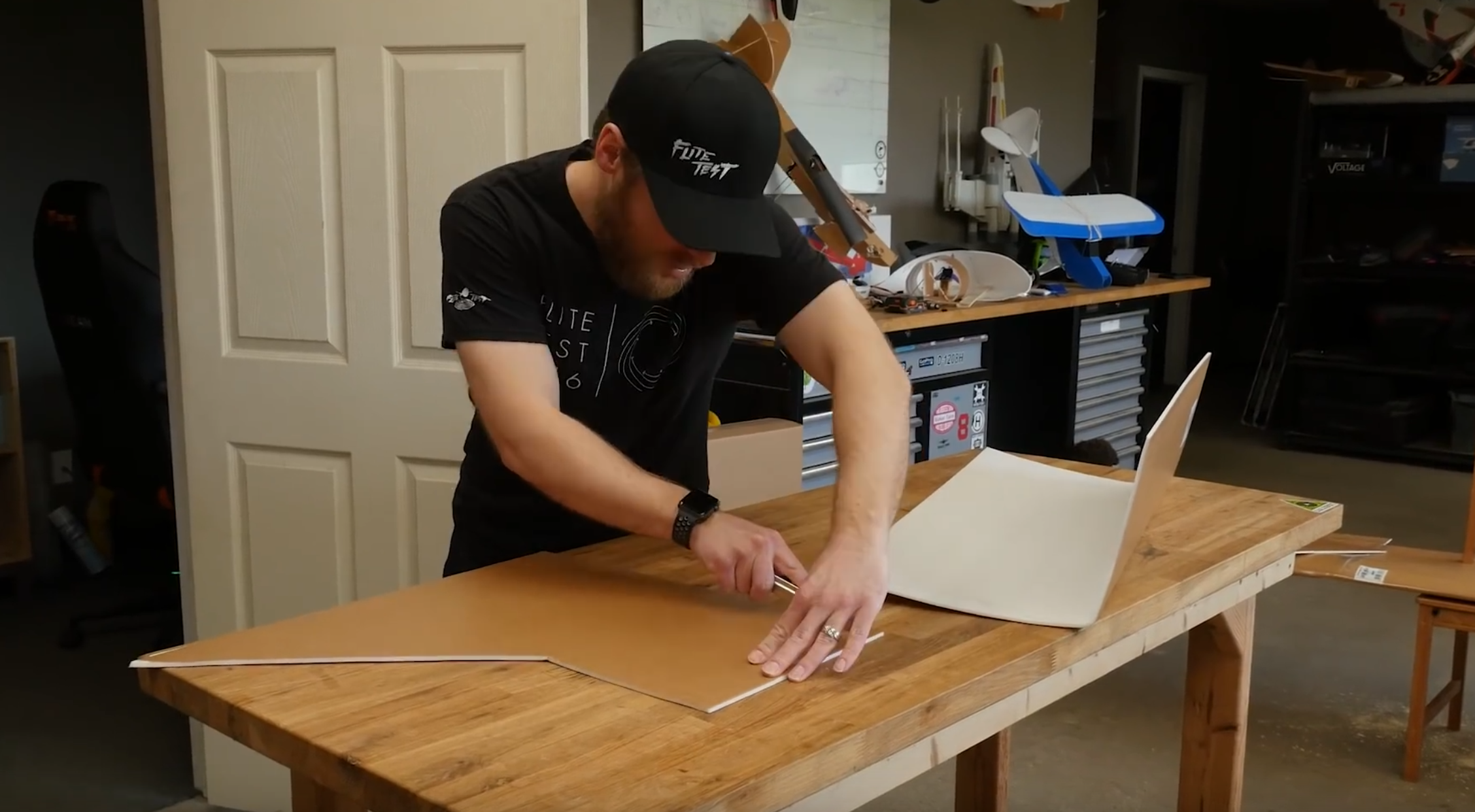 'I don't think I'll have a lot of room for my elevator, but hey, maybe I'll just tape one on' - it's this kind of precision that's brought Flite Test to where it is today folks. 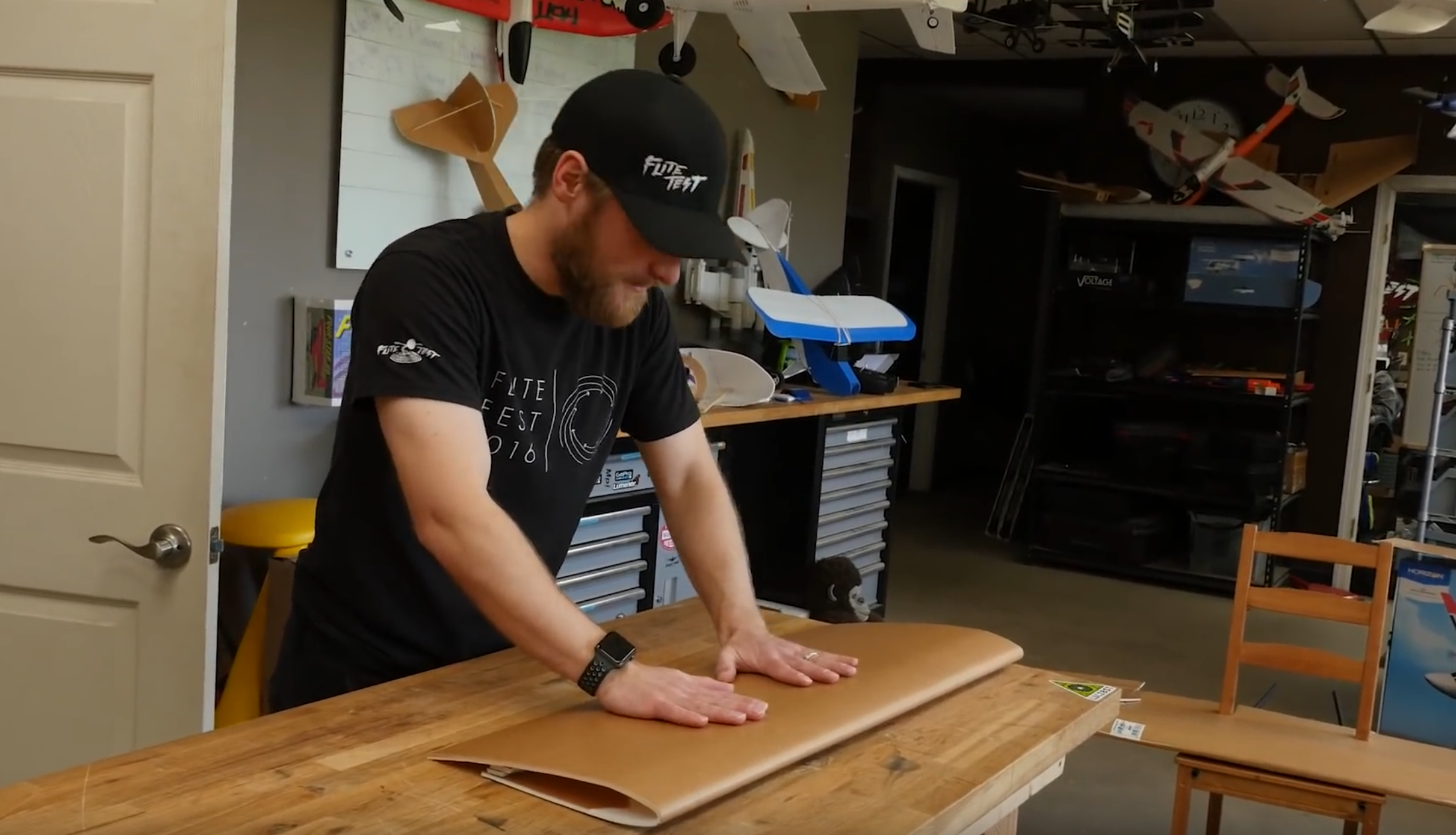 The tail was then attached by sliding the booms into the horizontal stabiliser. Again, this was a good idea as the integrated nature of the design allowed for fewer weak points of the airframe that could fail during flight. 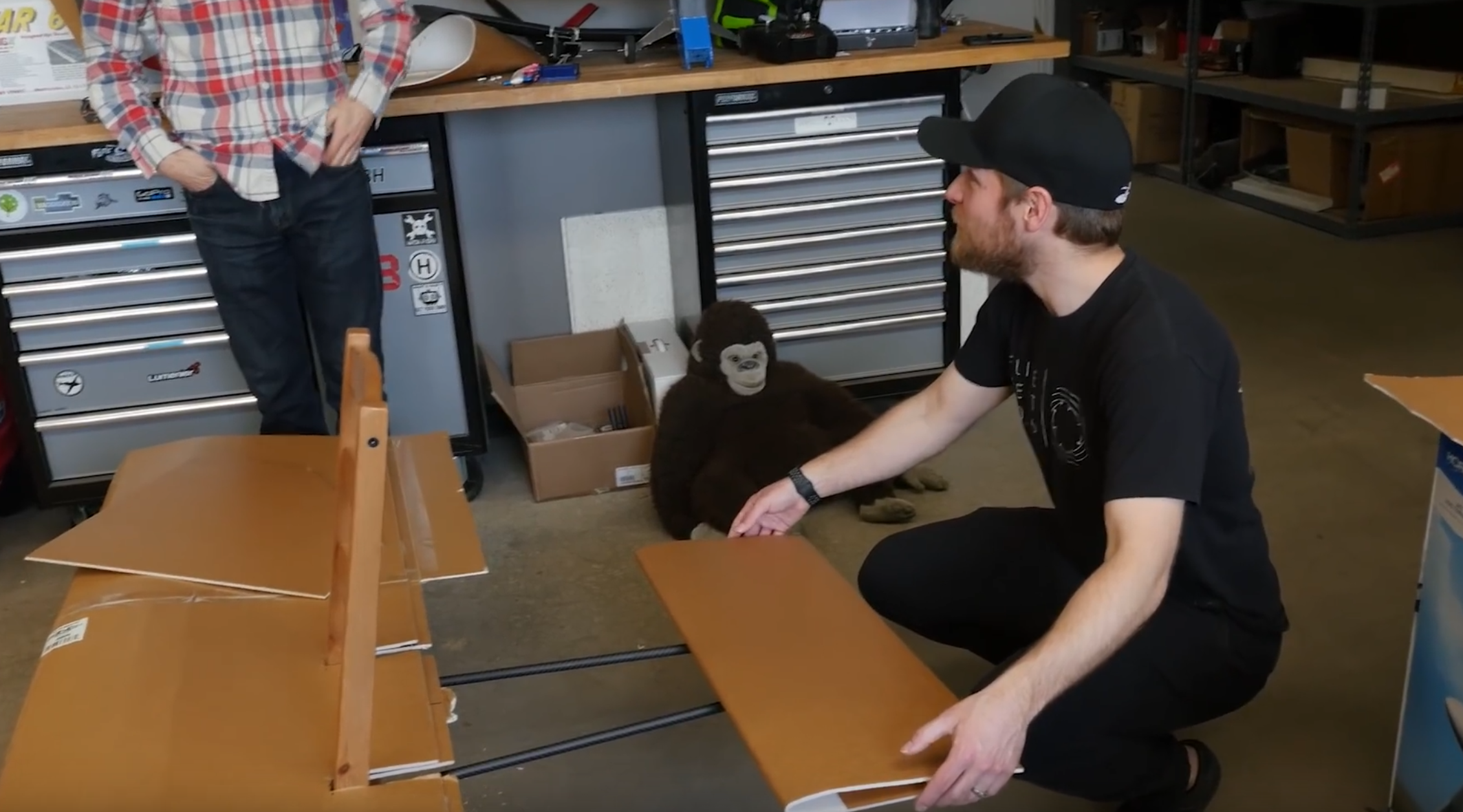 Matt was drafted in to supply some electrical expertise when it came to the motor and ESC. This motor is a beasty T-Motor brushless outrunner. It's the same sort we used on the flying Cozy Coupe plane. 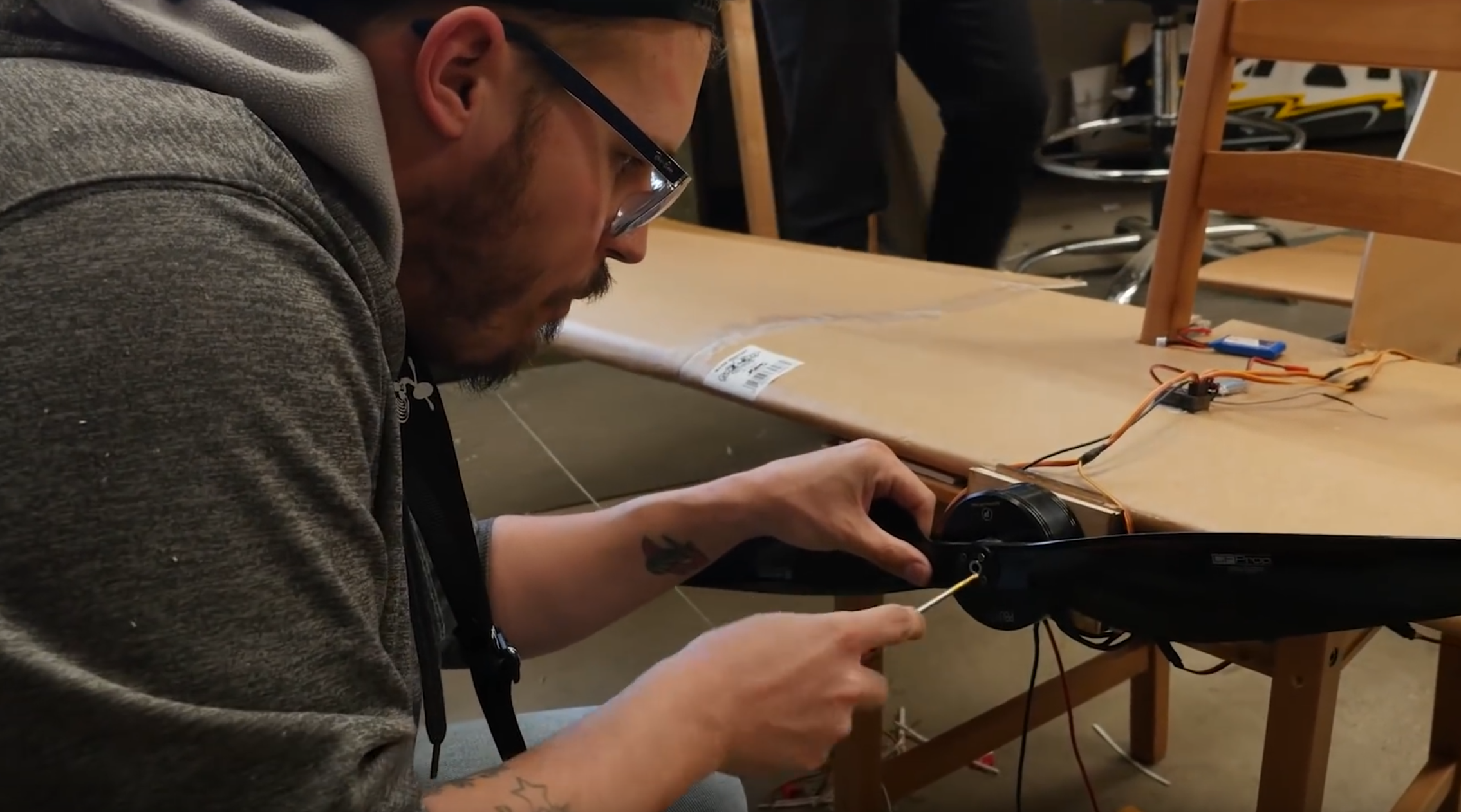 Four foam tyred wheels were screwed to the airframe. Quite helpfully, the legs of the IKEA chair made a great landing gear setup! 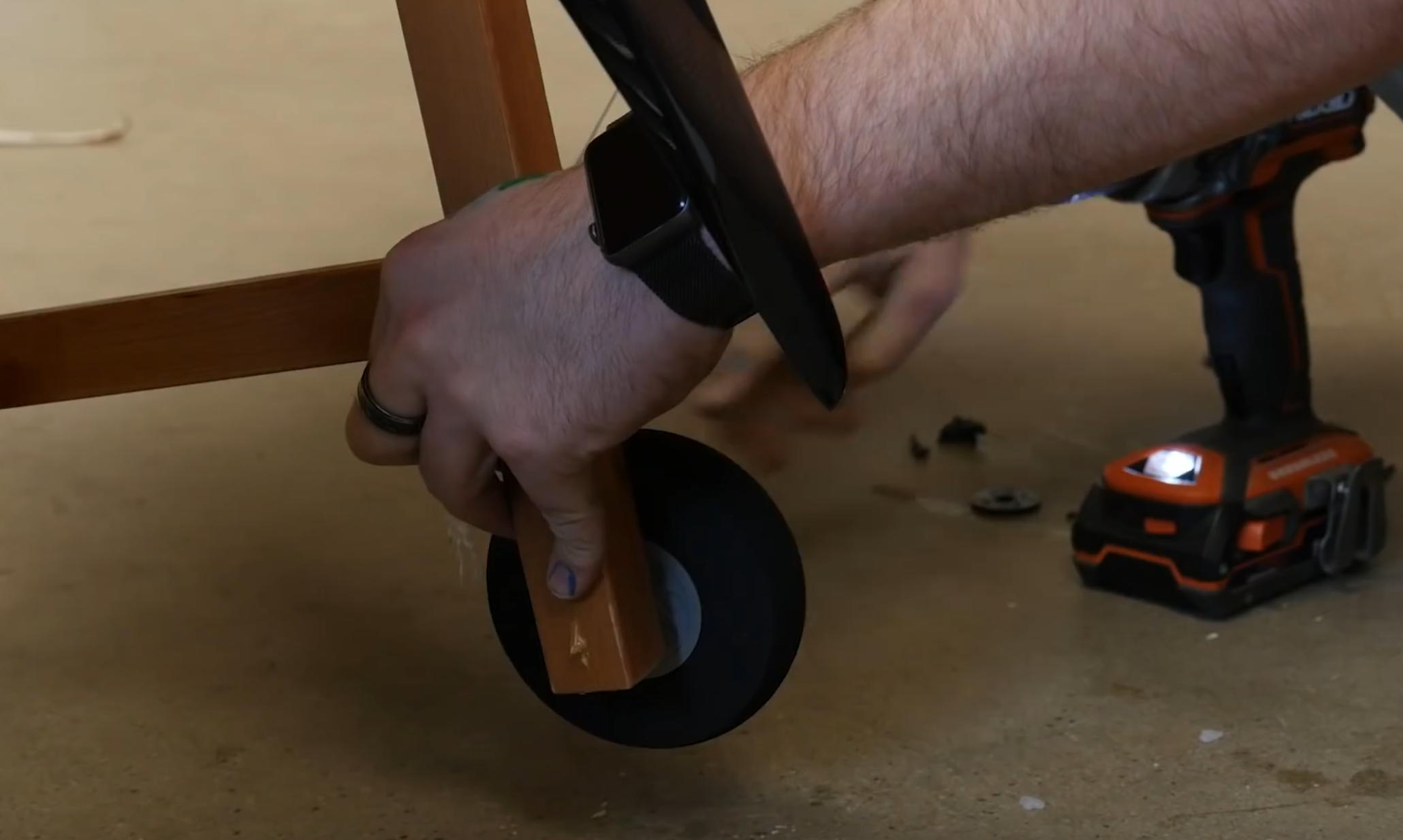 With the finishing touches complete, the flying chair was ready for its maiden flight! 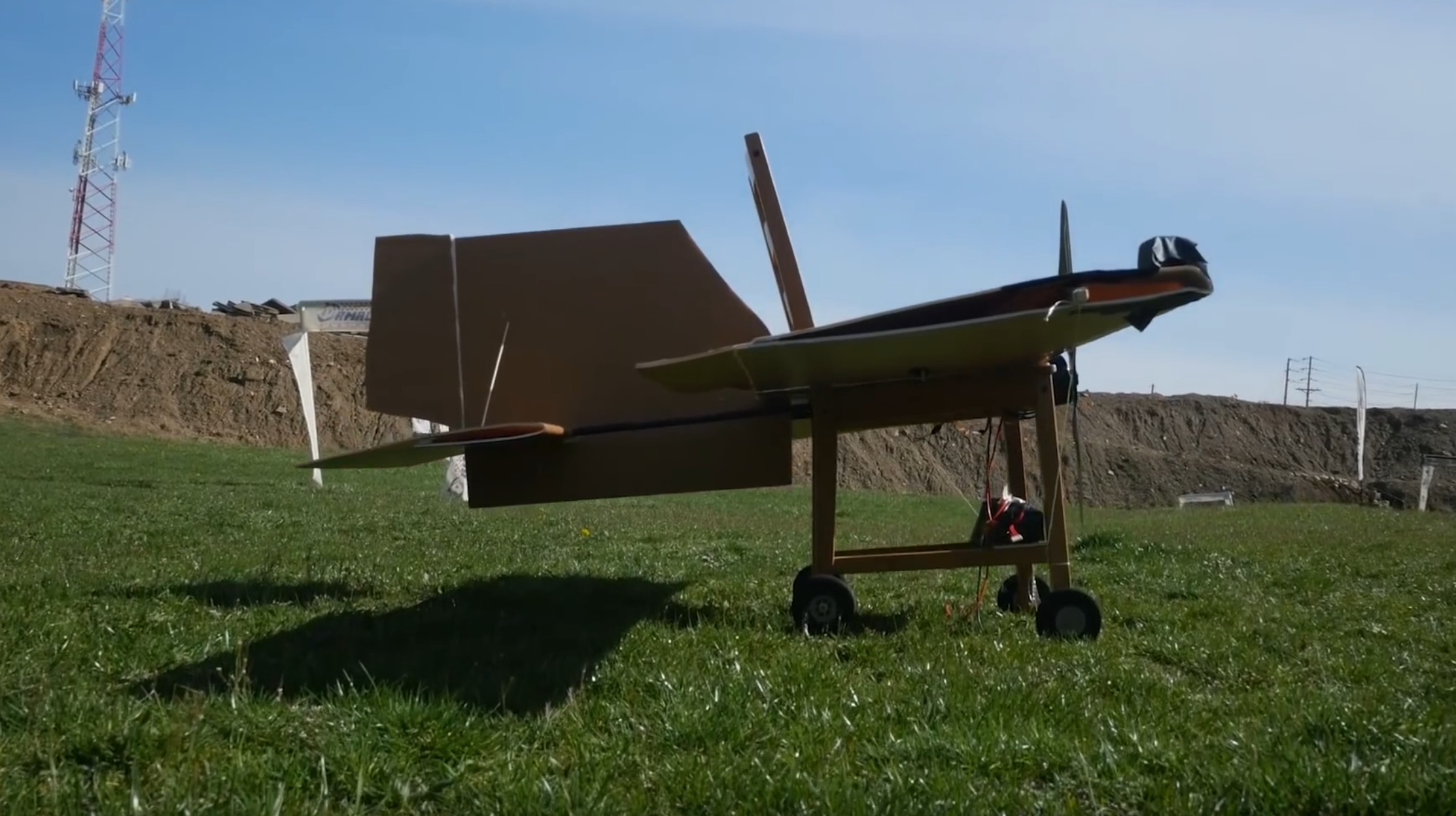 The result of the flight? Cartwheel time! Stefan's first epic build was a truly first-class. A+ for effort, build execution and celebrations.

Big smiles all around. Even the chimp looks happy (the one in the middle). 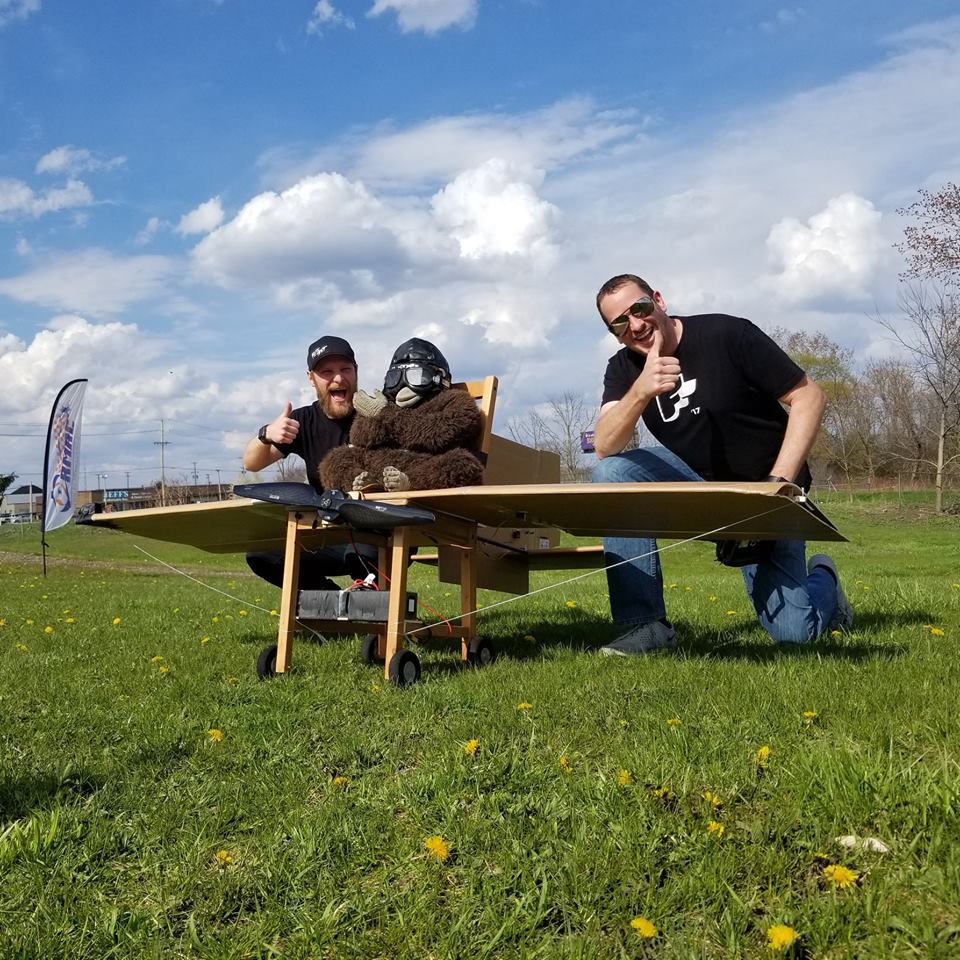 If you enjoyed this article, let us know by giving that 'recommend' button a quick click.

Get out there and build something amazing!

Make your own projects 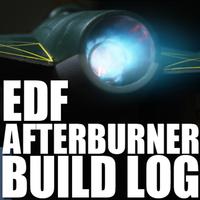 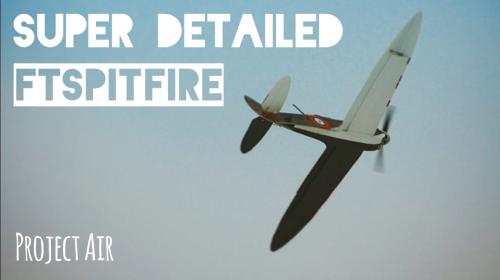 amissall on May 17, 2018
Great job Stefan! That was so cool. You should keep it for Flite Fest Texas for a demo or combat.

(Did anyone else notice the dragon head at 1:27? Dragon planes Next!)

JakeyTheHakey on May 18, 2018
This is so awesomely kewl !!!
I am seriously jealous of you guys.