Understanding the basics of aerodynamic theory, as you'd imagine, is pretty darn helpful when it comes to designing your own aircraft. Even if you only fly RC airplanes and don't build them, knowing this stuff is also beneficial. It gives you the edge and helps you to diagnose problems.

Question: can you understand aerodynamics without the maths? My problem has always been my mathematical hopelessness - quite bluntly, I absolutely suck at maths. All the way through my school days, I had a passion for learning science but could never get far before the maths held me back. The thing is, I can still design airplanes just fine. I think it's possible to get your head around this stuff without mathematics, you just need to think practically about it.

Here's a rough and ready introduction to the principles of RC airplane aerodynamics, this time mostly focusing on wings and lift - common rules, things to stick to and guides to work within.

Rule 1: most things will fly if there is a) airspeed, b) wing area and c) air. An FT Nutball is a circle that flies. It has no airfoil yet can pootle around quite happily. Even the FT Viggen, which also has not airfoil, can cut through the air just fine and enjoy excellent performance. 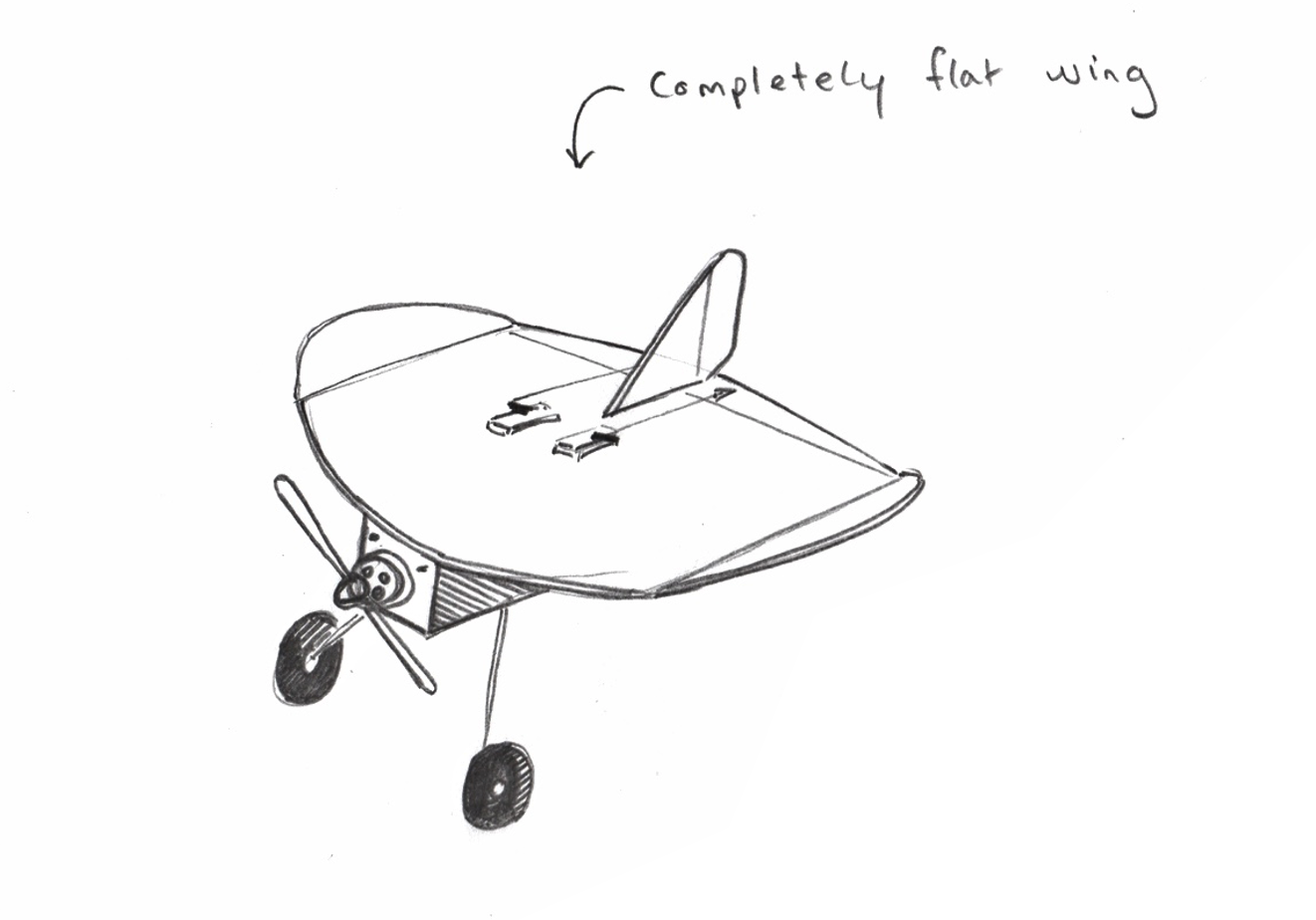 The way lift works is actually extremely complicated, but a working theory can provide you with a guide to work to. Wings work by creating differing air pressures. Bernoulli’s Principle shows that the curved surface of an airfoil accelerates passing air over the top of the wing making it thinner. This ‘sucks’ the wing upward.

On the other hand, the bottom of the wing has a higher pressure due to the angle of the wing as it moves through the air. This means that you can design a plane that with a flat wing at a positive angle of attack to achieve lift. The Viggen actually does this with its front canards: they're angled to 'push' the nose up in flight.

It can be problematic to consider these explanations as the complete picture - as mentioned, lift is complicated. For the purposes of basic model aviation, however, it's completely workable to understand it in these terms.

Yep, that sounds maths-y. All this is talking about, though, is the size of the fuselage in relation to the wing. Their relative sizes can have all sorts of effects of the characteristics of an airplane, but all you really need to know is that, in general, if you increase one you should increase the other. This is because you want to preserve stability. An absence of stability is just asking for trouble really.

Here's a plane I designed and built a while ago. It was small, stubby and (supposed to be) fast. There was a problem though: it was incredibly unstable. 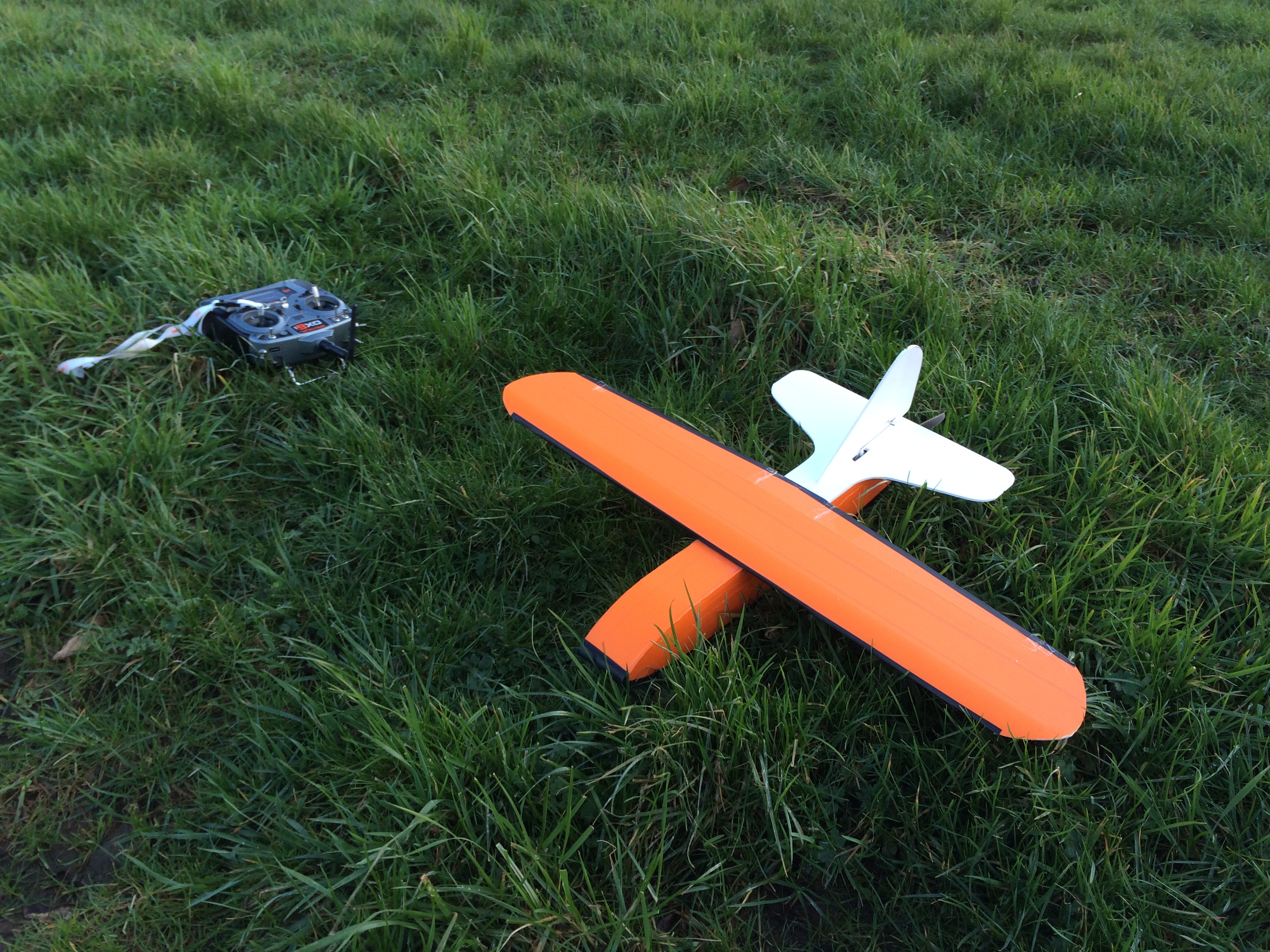 As well as being a little on the heavy side, the short tail resulted in a catastrophically low level of directional stability (on the yaw axis). It just couldn't get going. Here's the thing, if the fuselage had more distance between the wing and tail, this problem would have been reduced. Putting the plane on a diet and perhaps making it bigger in all dimensions to reduce wing loading would also have been a good idea. Here's another small, unstable plane that suffered from the same issue.

Compare this to the FT Scout. The Scout's wing area is greater, It has lower wing loading, and the wingspan is greater. The tail is also further away from the wings due to a longer fuselage. On this three channel model, these dimensions provide way more longitudinal and directional stability. 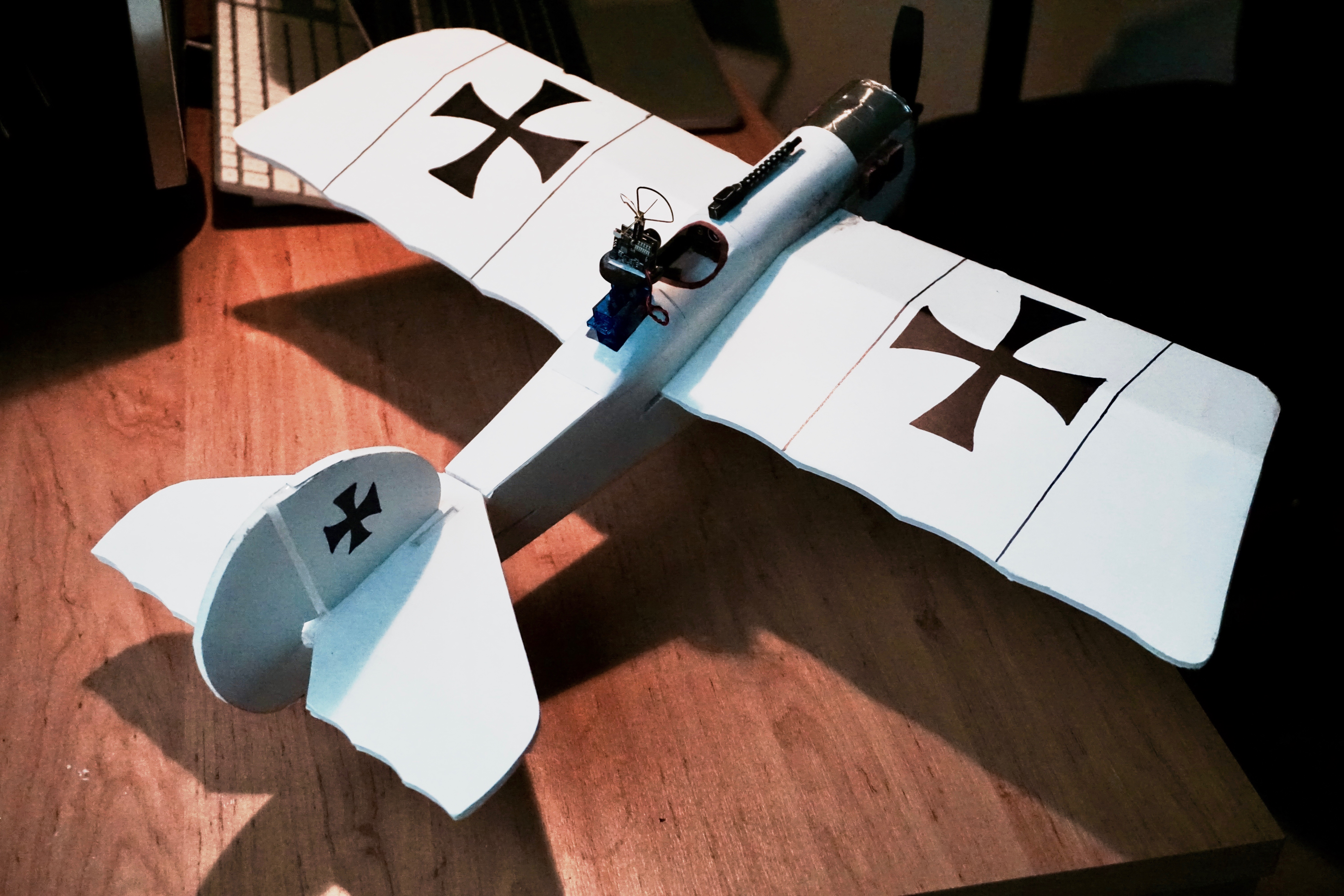 Here's taking it a step further. This Avro Monoplane model has an even longer wingspan and tail. The stability of this thing is absolutely fantastic. 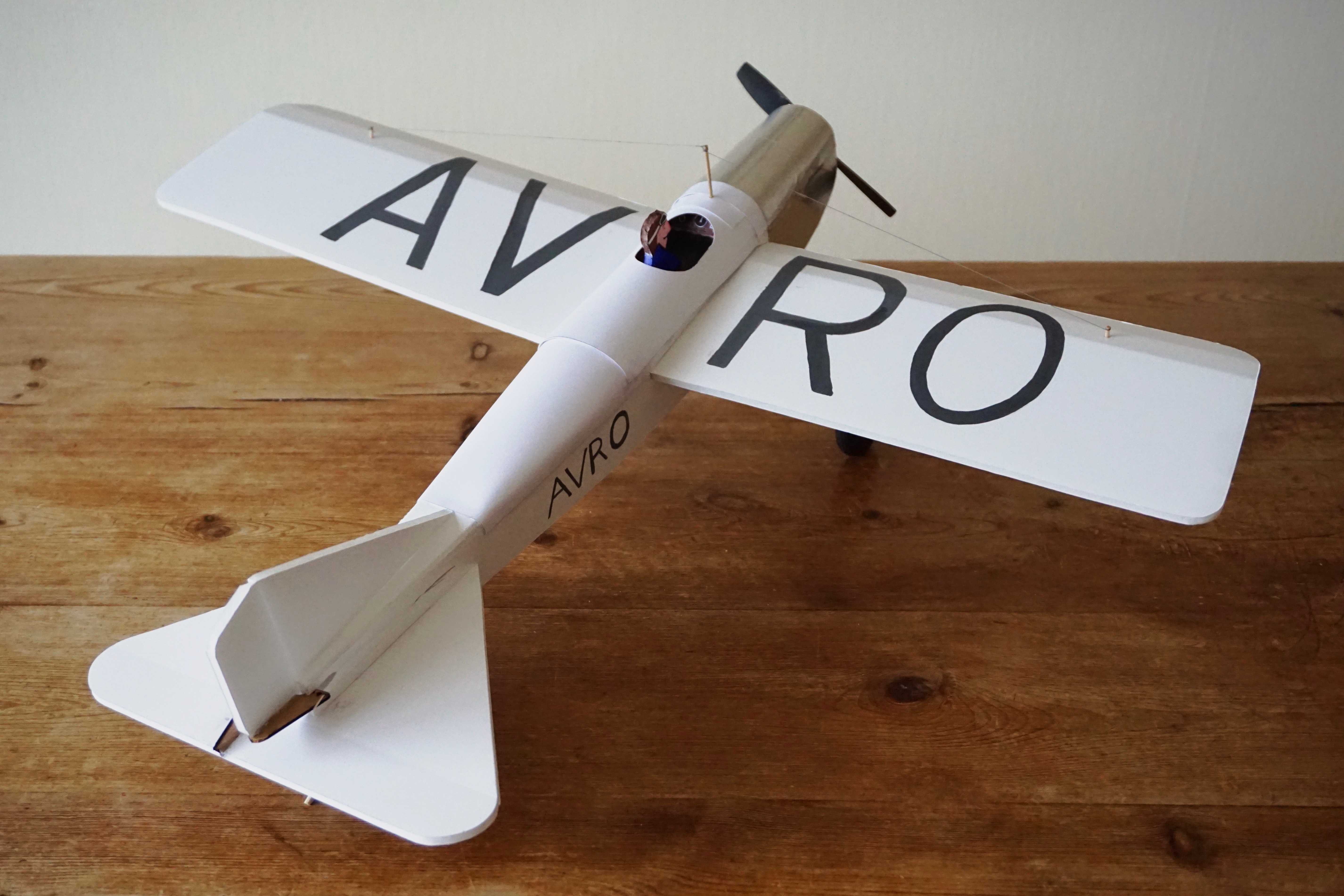 Knowing what sort of wingspan your plane needs and combining it with a suitable fuselage length can really help you to design a successful airplane. There isn't one single ratio to stick to, but you could use these following guidelines as a (very approximate) cheat sheet.

Hopefully you found this article helpful - if you did, let us know by giving that 'recommend' button a quick like.

Look out for part two of this series coming soon! 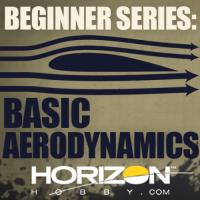 raceskier on May 12, 2018
NASA does not agree with you. https://www.grc.nasa.gov/www/k-12/airplane/wrong1.html
Log In to reply
CptCrazyFingers on June 28, 2018
raceskier, this is a good point. We think of lift theory in many simplified ways that are not entirely accurate but paint the general picture. Often times, these theories underestimate flight characteristics. Rest assured, engineers and aerodynamicists know this is only the basic idea. The “longer path” theory is still widely considered because it covers the basic concept behind fluid flowing over an airfoil. When a wing is being designed for use in real world applications, a lot of vector and integral calculus goes into predicting more precise lift and drag characteristics. Fortunately, computer programs do most of the heavy math and also simulate different flight characteristics based on angle of attack, airfoil shape, wing span, aspect ratio, air density, etc,.. This is also the reason why experiments are very important. We can put a wing in a wind tunnel and collect pressure data from all over the surface of the wing and apply that to the same wing at a larger scale. The most important take away from the “longer path” theory is that is offers a simple way to explain the importance of Bernoulli’s principle and the governing equation.
Log In to reply
Kevinjt4 on May 10, 2018
What is the white plane with red/white/blue stars built from (FT modified plans) and are there plans for the Avro? I figure why reinvent the wheel if plans already exist, right?
Log In to reply
FliteTest on May 14, 2018
The small biplane was just something I came up with one afternoon, and there are no plans for the Avro I'm afraid. Here's a build log though, so you can make something similar by copying it! :) https://www.flitetest.com/articles/step-by-step-rc-airplane-design-tutorial
- James.
Log In to reply

Jackson T on May 9, 2018
I really like aerodynamics. I wish it was a school subject!
Log In to reply
CptCrazyFingers on June 28, 2018
It is something you can take in college. I took Aerodynamics I and Experimental Aerodynamic I last Spring. It’s a really interesting subject.
Log In to reply
Jackson T on July 14, 2018
What kind of topics did you learn about?
Log In to reply
CptCrazyFingers on July 17, 2018
I learned wing design, how to calculate the aerodynamics of a wing placed in a subsonic wind tunnel, how to model the aerodynamics of an airfoil based off its shape using computer modeling. My favorite part of the class was airfoil aerodynamics. We were taught different methods of predicting airfoil performance and we even had to write a computer code that could model the aerodynamics of any shape. I modeled the aerodynamics of a tortoise. It actually had a surprisingly decent lift curve but the huge amount of pressure drag just past the peak of its shell made it a very bad choice for an airfoil. The class also covered something called boundary layer theory which is the very thin layer of air that is in direct contact with the surface of an object (such as a wing) in a freestream. The boundary layer dictates most aerodynamic effects.
Log In to reply
Crumple on January 20, 2020
this is about wings
where's the discussion of aspect ratio, taper, dihedral and twsit/washout?
Log In to reply