-Jaxx from the FT forums

I wasn't very interested in the speed before watching this video. Now, I have to go find that aluminum spar that you use in your wings.

-jcannon614 from the FT forums

UPDATE - January 2015
Over the last few months many people have built and enjoyed the nnMiG 3. It's been a huge success! Seeing others enjoying this beautiful plane as much as I do is awesome and I love getting to see photos of everyone's builds. I have put together a gallery of some of the photos for everyone else to enjoy.

Hi friends, it's that time again! I have just completed my 4thdesign and I am pleased to present to you my nnMiG 3 swappable.

When I started to design the nnMiG 3 I had just one thing in mind, speed. I wanted something purpose built from the ground up to be able to handle high speed and high G flying. With an all new, ultra-thin, semi symmetrical airfoil, and razor sharp tailing edge, the nnMiG 3 wing allows you to achieve the highest level of performance. The flush installation of the wing on the fuselage removes the need to cut a ‘wing hole’ and leaves a seamless look and feel. The nnMiG 3 is truly a high performing plane and is a real treat to fly.

If you're interested in reading more info about the nnMiG 3, I have a forum thread that covers the design and build.

The nnMiG 3 is an advanced build.

Guy from the FT forums has put together some build videos. Check them out here!

Will this plane work with the standard FT powerpod and electronics?
Yes. The Beef package/park 425 or greater will work just fine and the maiden video was shot using this type of setup.

Will there be a build video?
Yes, see above. The wing design requires a new technique to build and you can also follow jayz 84 from the FT forums who has made a step by step walkthrough.

How scale is the nnMiG 3?
The elevator was enlarged by a small amount, everything else is as scale as I could make it.

Is the nnMiG 3 a good plane for a beginner to fly?
No. It is an advanced build and requires a skilled pilot to fly.

I want to build the 120MPH version of the nnMiG 3, what do I need to know?
The standard build and 120MPH build are the same. You’ll already need an aluminum spar in the wing but no structural changes need to be made in order to achieve 120 MPH. Check out my forum thread where I talk in more detail about the spar. STALLS
Tips stalls at slow speed will occur. They aren’t very bad and with very little effort you can recover.

WIND
Wind performance is great. There are no issues in the wind at all.

LAUNCHING/LANDING
You’ll need about half throttle to launch and landing is not bad on the standard electronics. If you’re running the Tacon motor and 4s you’ll need to come in hot on your landings.

ACROBATICS
Rolls, loops, and inverted are solid. The nnMiG 3 has a very clean looking roll.

GLIDE SLOPE
The large wing cord helps the glide slope but don’t expect too much out of the nnMiG 3 here, she wants to go fast.

LOOK AND FEEL
The nnMiG 3 looks amazing with the red decals on the white body. The large winglets and long nose are really eye catching features. It’s hard to describe the overall feel of the nnMiG 3 but the best way I can put it is that you can really feel the weight of the plane. It doesn’t feel floaty or impacted by wind. It just does what you control it to do. The controls are responsive and crisp and the plane has follow through. Inputs carry weight and you can feel it as you fly. It’s not something I’ve encountered flying DTFB planes before so it is a cool experience.

The nnMiG 3 is a super sleek, extremely fast, and exciting plane to fly. It doesn’t have any really bad tendencies with everything accounted for, but don’t expect a floaty trainer experience. The nnMiG 3 is an advanced build and will take an experienced pilot to fly safely and well. The standard electronics provide very good performance and for those daring enough the PROJECT Speed setup will give you hours of glorious, white knuckle fun.

Thanks for checking out the nnMiG 3! If you built a nnMiG 3 and enjoyed it please consider donating a few bucks so I can buy more supplies to make more great planes.

Also, coming soon is the nnA-10, so be on the look out for that! 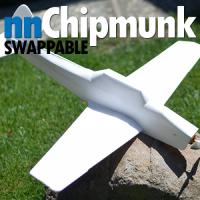 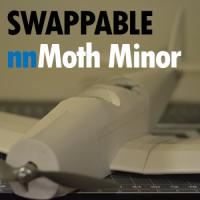 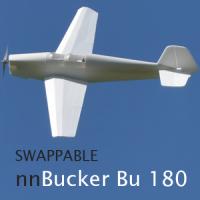 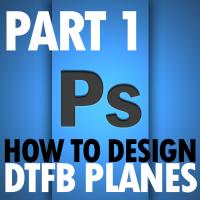 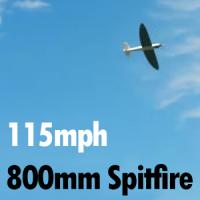 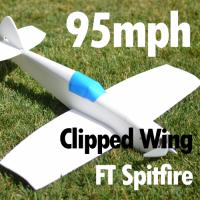 HOWEVER, there is a problem with the plans for this plane. The PDFs are in raster format rather than vector format. I tried printing on the plotter at work and it ran out of memory. Converting the PDF to a CAD format didn't work because the data in the PDF isn't vectors.

If you fix this, I will happily drop a couple bucks in your paypal. :)
Log In to reply
nerdnic on September 26, 2014
Interesting.. I didn't even think about this. I will see if I can get this fixed tonight.
Log In to reply
nerdnic on September 27, 2014
So I use Photoshop CS6 to make my plans and it looks like there is no way to save/export my file in vector.

Is there another file format that might work outside of PDF for your plotter? I can save as something else but the content will still be raster.
Log In to reply
Strix on September 28, 2014
You're using Photoshop for CAD work!? That's like Flea playing a washtub bass. Your design talents deserve better. :)

There's free CAD software out there that could possibly make your work even better. Sketchup Make and Dassault Systemes DraftSight are two that might be work looking into.

Anyways, I was able to tweak some settings and get a satisfactory import from the PDFs into DWG format and then into DraftSight. It's far from perfect, but it will suffice to get it printed.

Thanks for posting the plans! I'll send a couple bucks your way on Paypal later this week, when I've had a chance to transfer some funds.
Log In to reply
nerdnic on September 29, 2014
Heh, when I decided I wanted to try to design my first plane it was easy to go with software I already knew. I'd like to learn Sketchup and I plan to at some point, but for now this is working well.

I started a video tutorial series that covers my technique - http://flitetest.com/articles/part-1-how-to-design-dtfb-planes

But dude... If you hit someone with that speed there is a chance you will kill that person. 1 kilo nose first with 120 Mph will do serious damage. I mean you are a great pilot but if something breaks flying around those other people.
Log In to reply
nerdnic on May 20, 2015
You are absolutely right. This has come up a lot since I posted this video and I've since been more careful. I'm gonna add a disclaimer to the video I think.
Log In to reply
fonzoahrak on December 8, 2015
Can I build the wing without the aluminum part and put foam instead?
Log In to reply
nerdnic on January 18, 2016
Yes you can, but only if you're going with the lower power setup.
Log In to reply
fonzoahrak on January 18, 2016
how much dihedral angle did u put on the wing?
i could not find it on the basic wingor the speed wing
Log In to reply
nerdnic on January 18, 2016
4.5cm at each wingtip should be what you aim for. Less is fine, though. It's only if you add more that you'll start to get weird behavior.
Log In to reply
AcBates on July 14, 2015
The lack of safety in this video literally makes me sick. Diving over people not in communication with or have a clue about how dangerous that model is. This is not hyperbolic: that model would kill someone instantly if it hits them in the head. At 2:28 the model is directly diving at someone, and at the end of the low pass two people have walked THROUGH the flight path. This hobby is doomed if this kind of thing doesn't improve, and we're doing it to ourselves.
Log In to reply
Kdeffenbaugh on April 18, 2016
I'm having trouble printing these plans to the full size of the plane. Does anyone have instructions on how to do this?
Log In to reply
jordy123 on March 13, 2016
I finished cutting a minute ago and want to wait for my sister to come home so she can take pictures. Will post them. Nerdnic, thank you for designing this plane, I will have so much fun flying it. especially because my airfield has no trees.:D
Log In to reply
nerdnic on March 13, 2016
Can't wait to see it!
Log In to reply