The T4047NB20 comes with everything you need to turn most any rc transmitter into a long range machine with no hacking or modifying whatsoever! 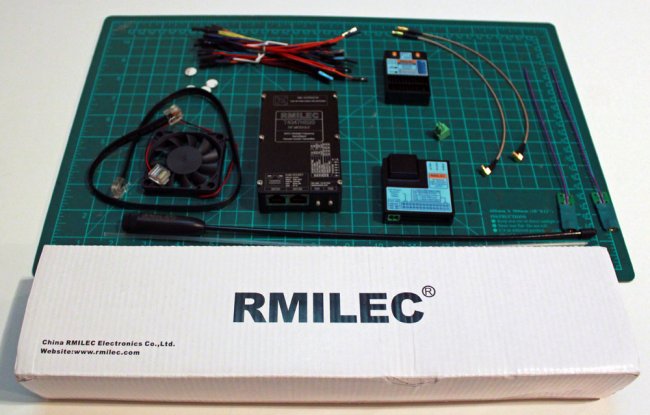 This unit is loaded with features and has the ability to operate 20 chanels! Essentially this unit is a relay system for radio control and a LRS in one. You send a signal to your 2.4 GHz RC receiver which is on the ground connected to the NB20 transmitter. The NB20 takes that signal and rebroadcasts it using either 2 watts or 5 watts (selectable) of 433 MHz or whichever UHF frequency you have chosen. With this you can plug in two receivers bound to two different transmitters. One using channel 1-10 and the other using 11-20. This would be great for allowing one person to pilot the model and the other to control the pan and tilt of a camera or any number of other onboard devices. It claims to be a 1 to 1 ratio from your Rx to the RMILEC Rx so no retuning should be needed when installing it into your existing model and it will take PWM, PPM or SBUS inputs. It has an EMI mode to find and avoid interference that might be caused by other devices on your craft. This is one of the highest powered RC transmitters avalible, which should give you excellent signal strength when you're lifting your camera gear strapped under a multirotor or going for a long range run. You will definitely want to check and make sure that you are in compliance with the laws of your country.

Let's look the unit we recived for review from Foxtech. 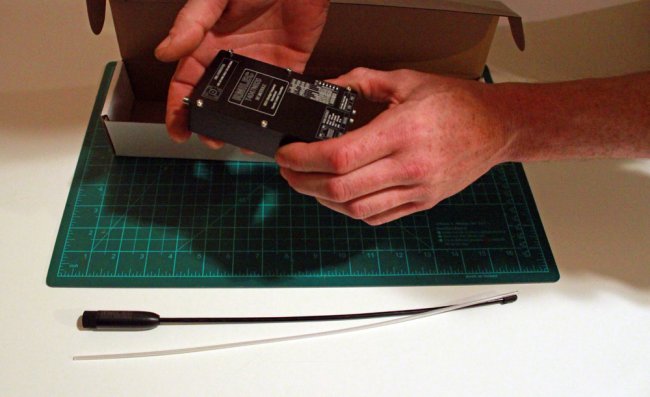 The first thing we find is the antenna. It is a "hand engineered" 1/2 wavelength with SMA connector. Foxtech claims it is the best 433 MHz antenna IN THE WORLD.  It looks very nice. 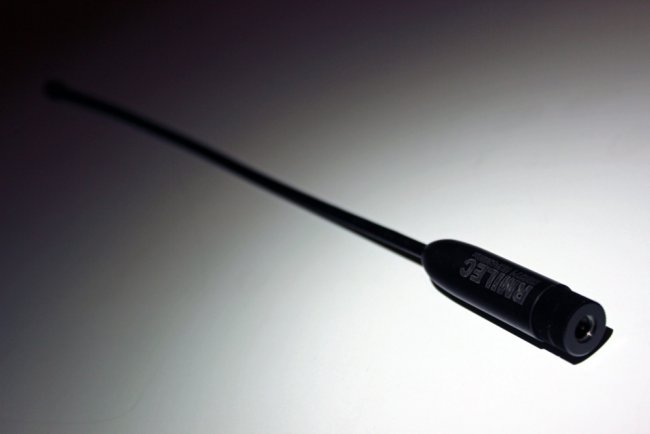 Next we have the NB20 transmitter module. It has an aluminium housing with large fins for cooling. Dip switches on the side allow you to adjust the power output, arm or disarm your failsafe and select the transmit frequency. There are two buttons, one is a bind button and the other is for copying saved data onto a second receiver (more on that later). Also, there are two RJ45 sockets for the input signal and for powering the included fan.The SMA connector on top is for the antenna or coaxial extension to the antenna. 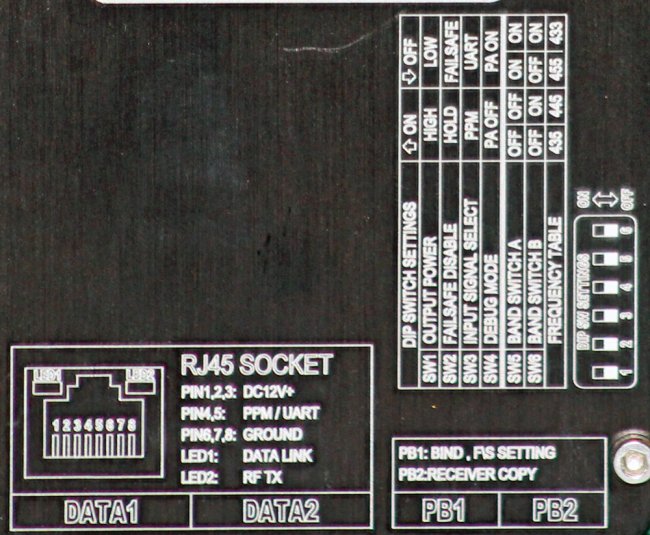 A cooling fan is supplied along with some double sided tape. When high power mode is selected the fan must be used to keep the Tx module from overheating. The fan can be powered with 12v from one of the RJ45 data sockets. 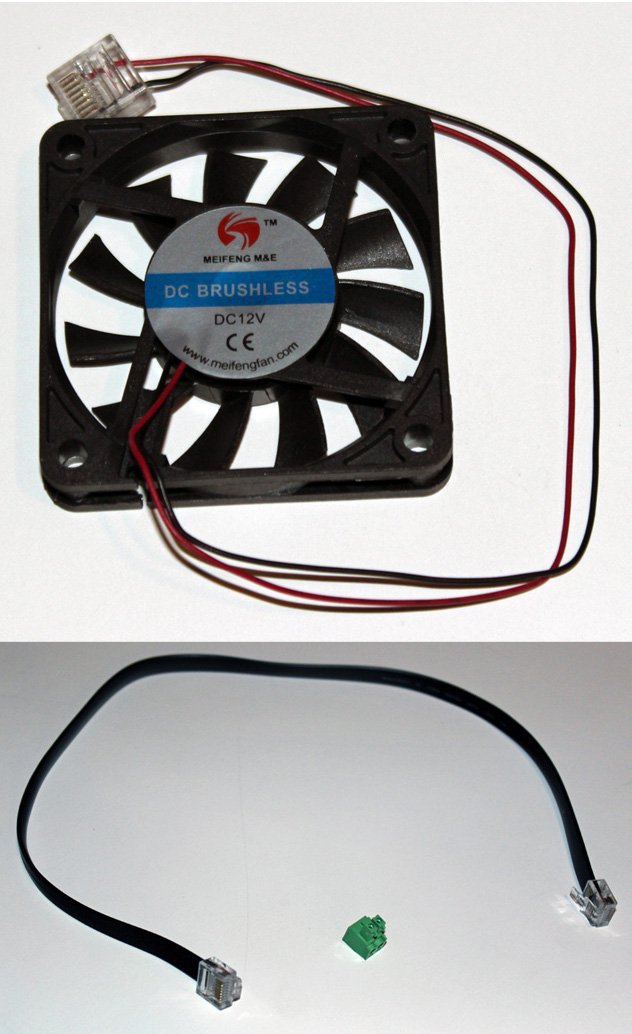 This is the signal acquisition module. It's where you plug in your 2.4 GHz receiver(s). It can take 20 channels of PWM, 18 SBUS cannels or up to 14 PPM inputs. This is also where you provide 12v power to the whole unit and powers the Rxs. LEDs indicate input type. A flat 8 pin data cable is used to connect this to the transmitter module. When powered on the signal acquisition module must be 30cm from the Tx module and the antenna or it may cause interference or damage to the unit and the receivers. 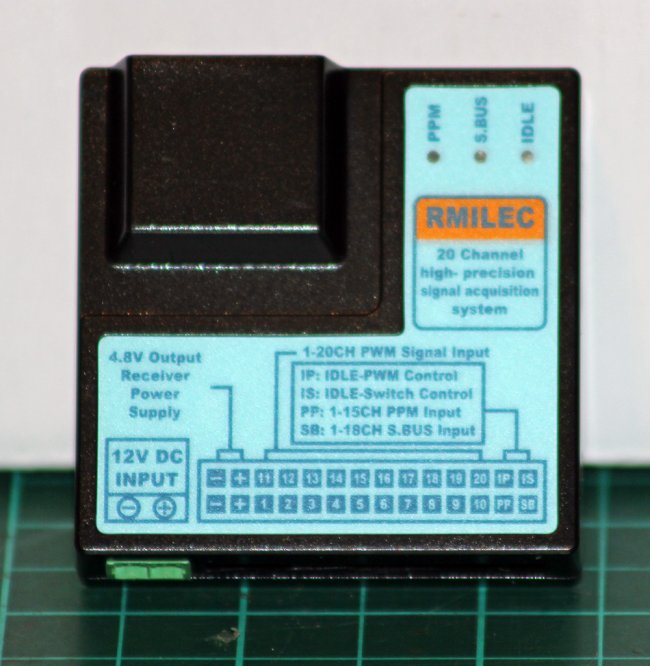 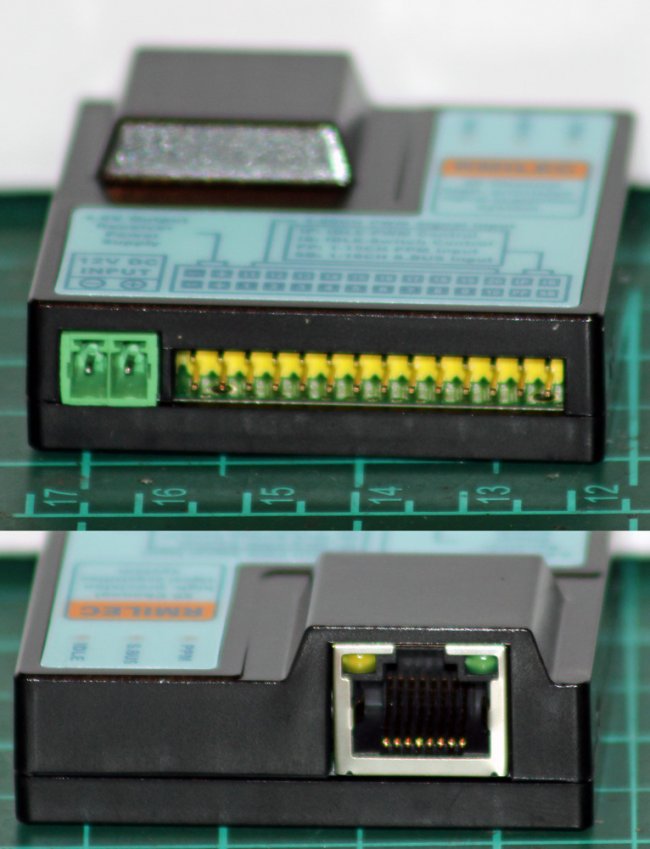 Next we look at the 20 channel receiver. Like most UHF receivers it has plugs for two antennas for diversity. The Rx will select the antenna that is getting the best signal. LEDs light to indicate which antenna is being used. There are two buttons on the face, one for binding to the Tx module and the other is to perform an EMI (electromagnetic interference) scan. The 5 LEDs on the right side show the received signal strength when it's powered on and bound to the Tx module. More lighted LEDs means better signal. When in bind mode the Rx will do a scan for interference caused by other equipment. It is supposed to recognise harmful interference and then avoid those frequencies. It is also usefull when first installing equipment onto your model. Pressing the EMI scan button when powering it on activates the scan function and the LEDs indicate the strength of the interference. More LEDs means more interference. If there is not adequate separation between the NB20 receiver and say, your video Tx antenna or maybe a camera that emits RF noise then the five LEDs can light up showing the level of interference. Increase the separation of onboard equipment and decrease RF noise. The more LEDs that come on the worse the interference is.

For having 20 channel outputs this receiver is suprisingly small. It weighs 30g and shouldn't be to much of a size/weight penalty in most larger birds. The manual does say the receiver "fears vibration" so it should be mounted with care. The receivers sensitivity is dependant on RF noise. Keeping it far away from anything putting out EMI will increase the sensitivity and performance and help maintain good signal strength. 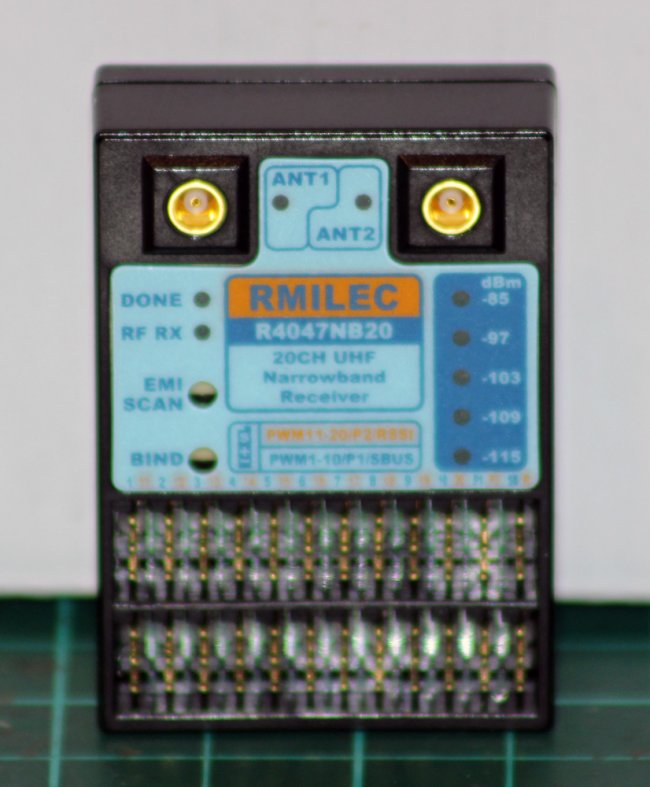 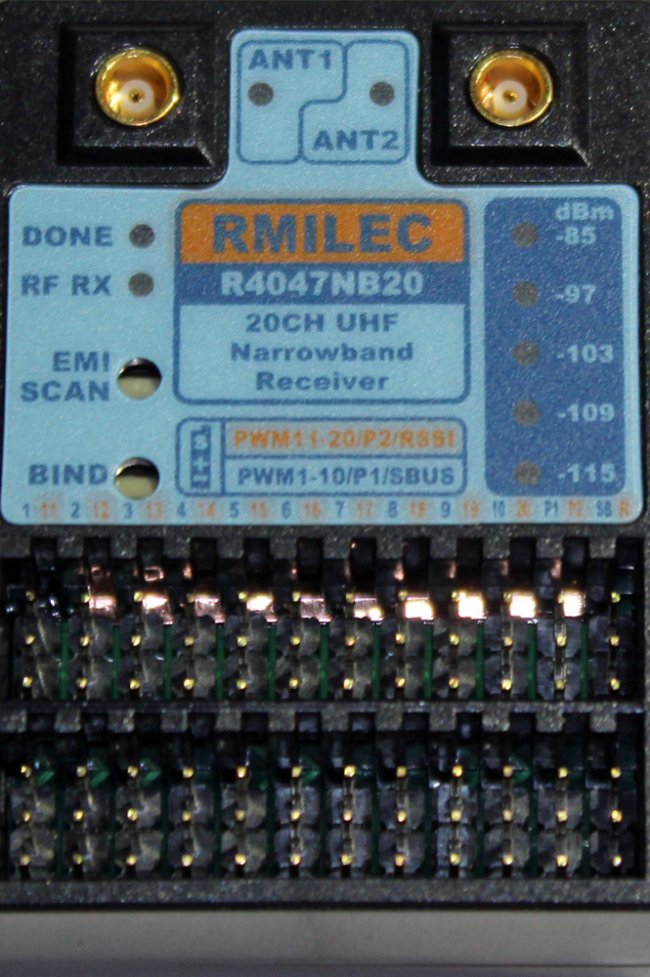 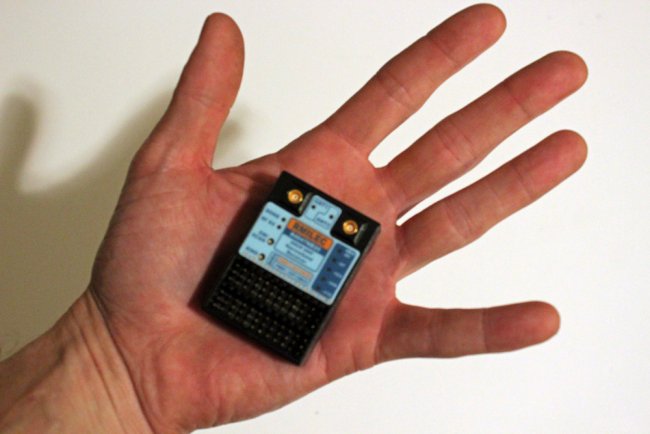 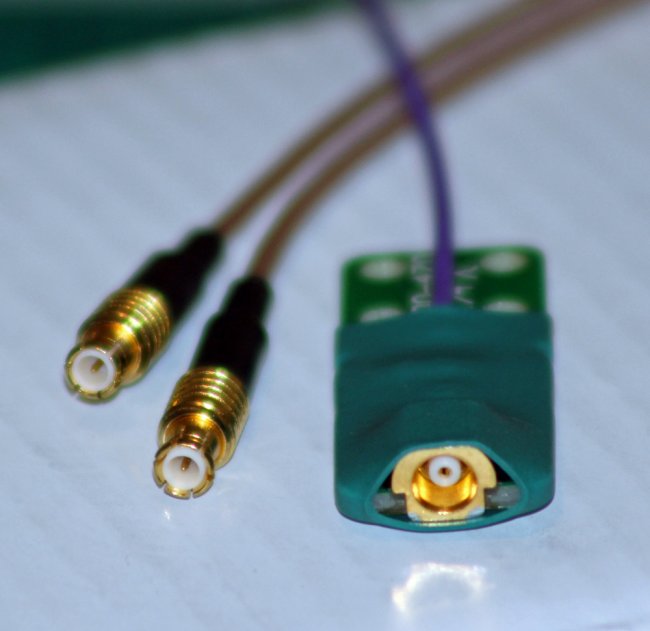 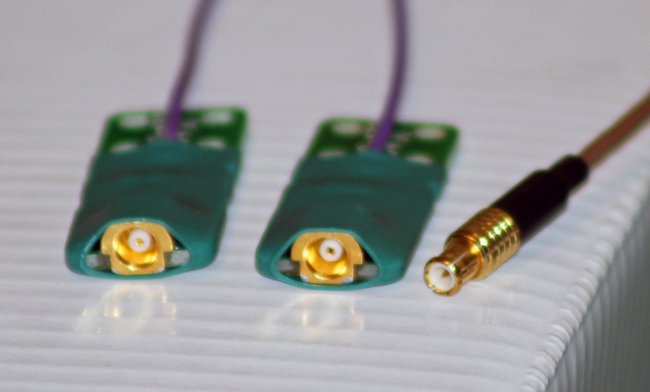 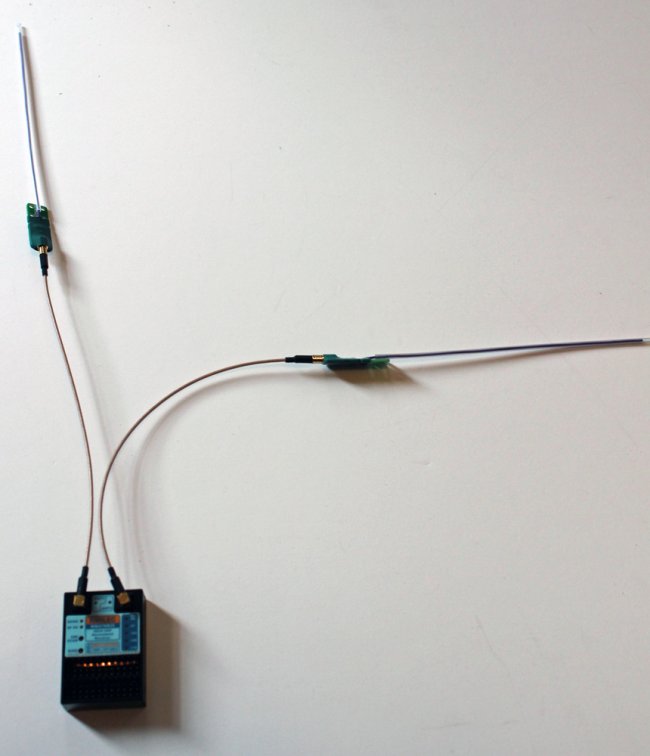 Foxtech has provided all the cables needed for connecting your receiver to the NB20 signal acquisition module. You will need a pigtail to supply power to the main unit. 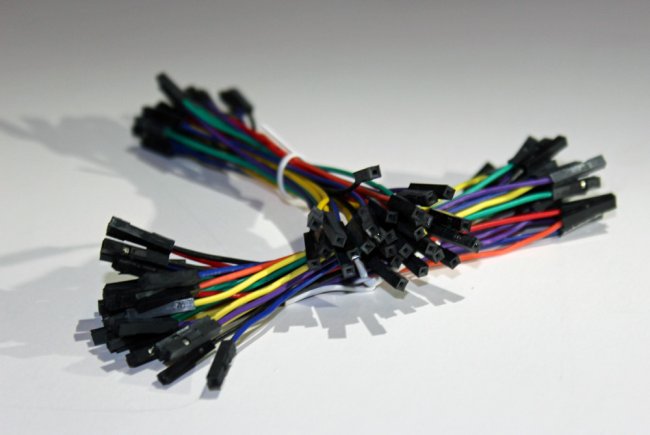 According to the user manual you do not have to use it as a relay. You can bypass the signal aquisition module and plug the transmitter module directly into your remote control. It is recomended to use the low power setting when doing it this way. The manual also says when using it from your car to check and make sure it does not interfere with your car locks. Don't lock yourself out!

All in all, this looks like a very well thought out and assembled LRS. For a look inside the module and a great how-to check out Bonafidepirate's review on YouTube.

We are really looking forward to getting this installed in a camera platform and testing it out. Safety comes first and with this unit's high power output and interference rejection it promises to keep you in constant contact with your model.

Keep an eye out for the next article where we will hook it all together and try some of the cool features like EMI scan and dual transmitter inputs. 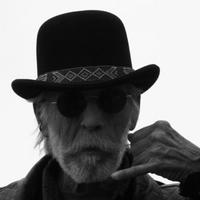