What's the holy grail of R/C? The biggest challenge in aeromodelling? Many would agree that it's VTOL - vertical takeoff and landing - and specifically the F-35B. Combining the complexity of VTOL flight control with the inefficiency of jet propulsion and the sleekness of a fighter jet airframe is difficult to achieve at full scale, let alone in an R/C model. It's so difficult that few people have ever attempted it and many believe it to be impossible. But if there's anything an engineer knows, it's that saying something is impossible is an invitation to make it happen.

I first decided to try tackling an F-35B back in 2015, when I naively believed that the three-bearing swivel module (3BSM) was the only real challenge involved. I designed my own version of the nozzle in CAD, built it with my 3D printer, and used some gearmotors and Arduino code to make it respond to R/C input. The very first time this worked, I excitedly filmed a video of it on my kitchen table - breadboard, jumper wires, and all. You can still see that video here:

The next step was to mate the 3BSM with a power system and install it in something that could fly. I chose to build a simple frame from wood dowels and printed plastic parts for hover testing. Components used were: 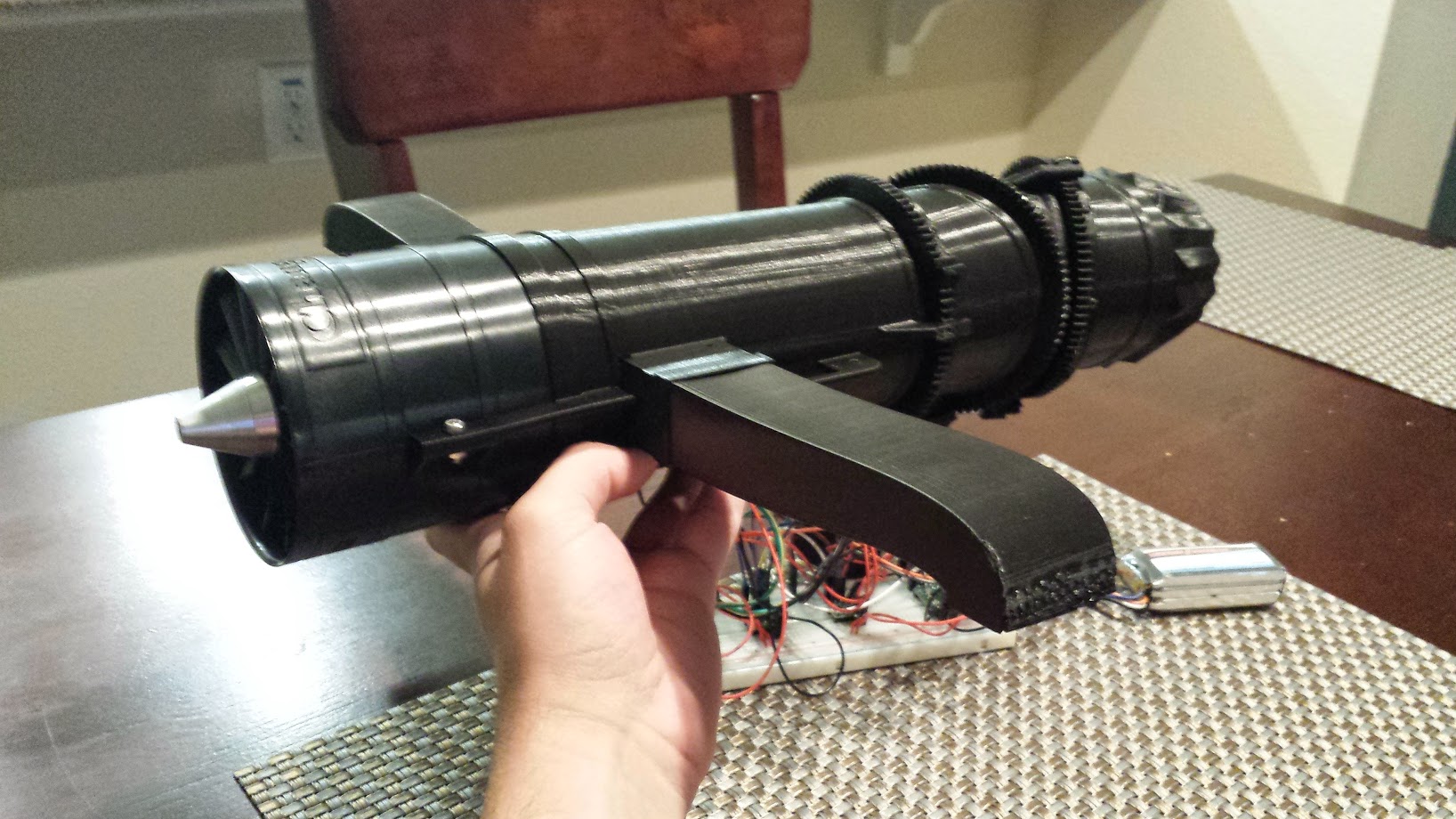 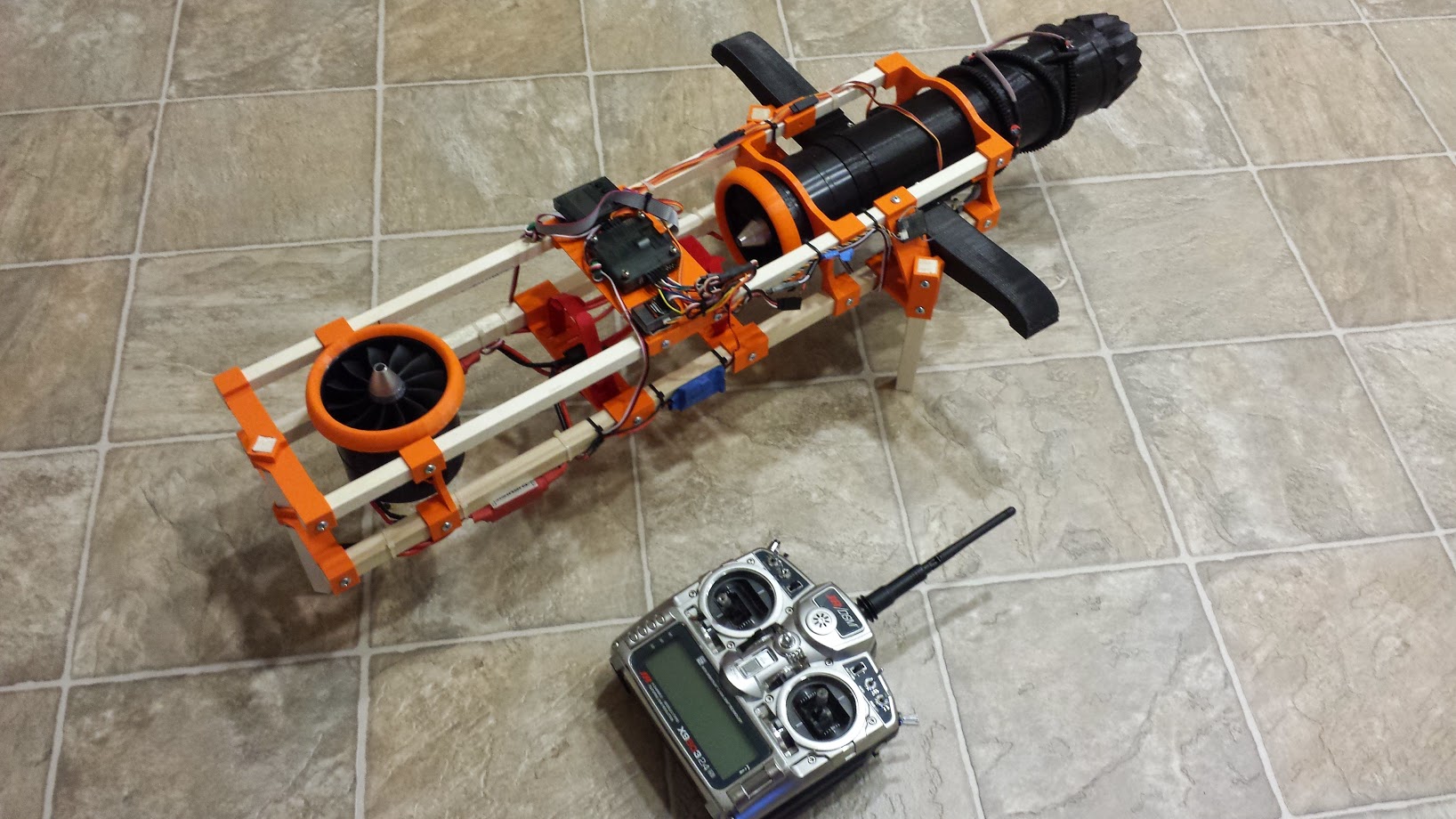 A Taste of Success

The roll control ducting went through a few iterations, but eventually I was able to achieve nice stable hover performance.

Moving quickly, I decided that I needed an actual airframe to test fixed-wing flight and transitions. In Flite Test fashion, I scaled up some profile drawings of an F-35 and used them to cut parts from 1/2" foam. I then assembled the parts and transplanted the fans and electronics from the hover test frame. Finally, I added servos for control surfaces and landing gear for runway takeoffs. 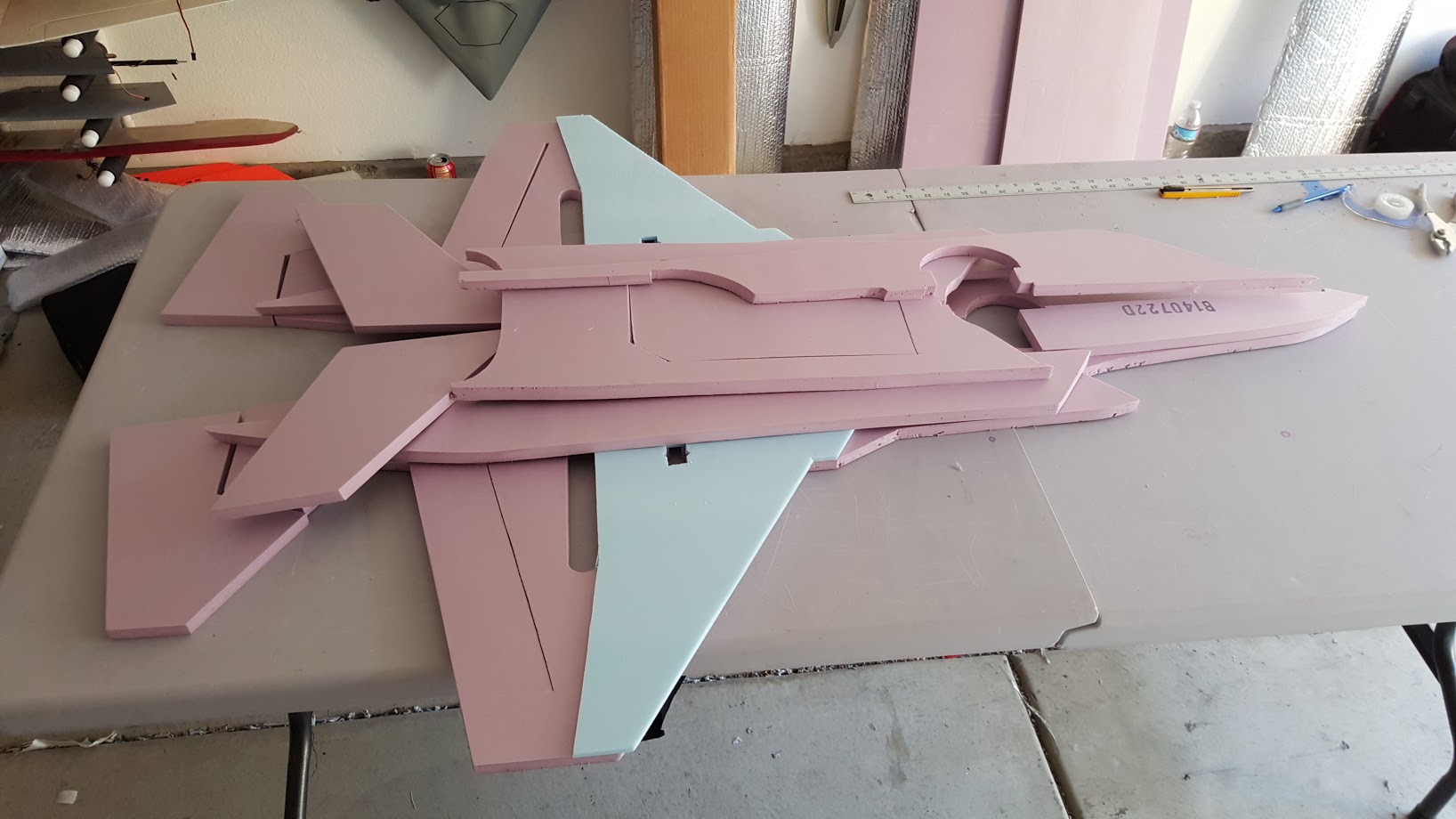 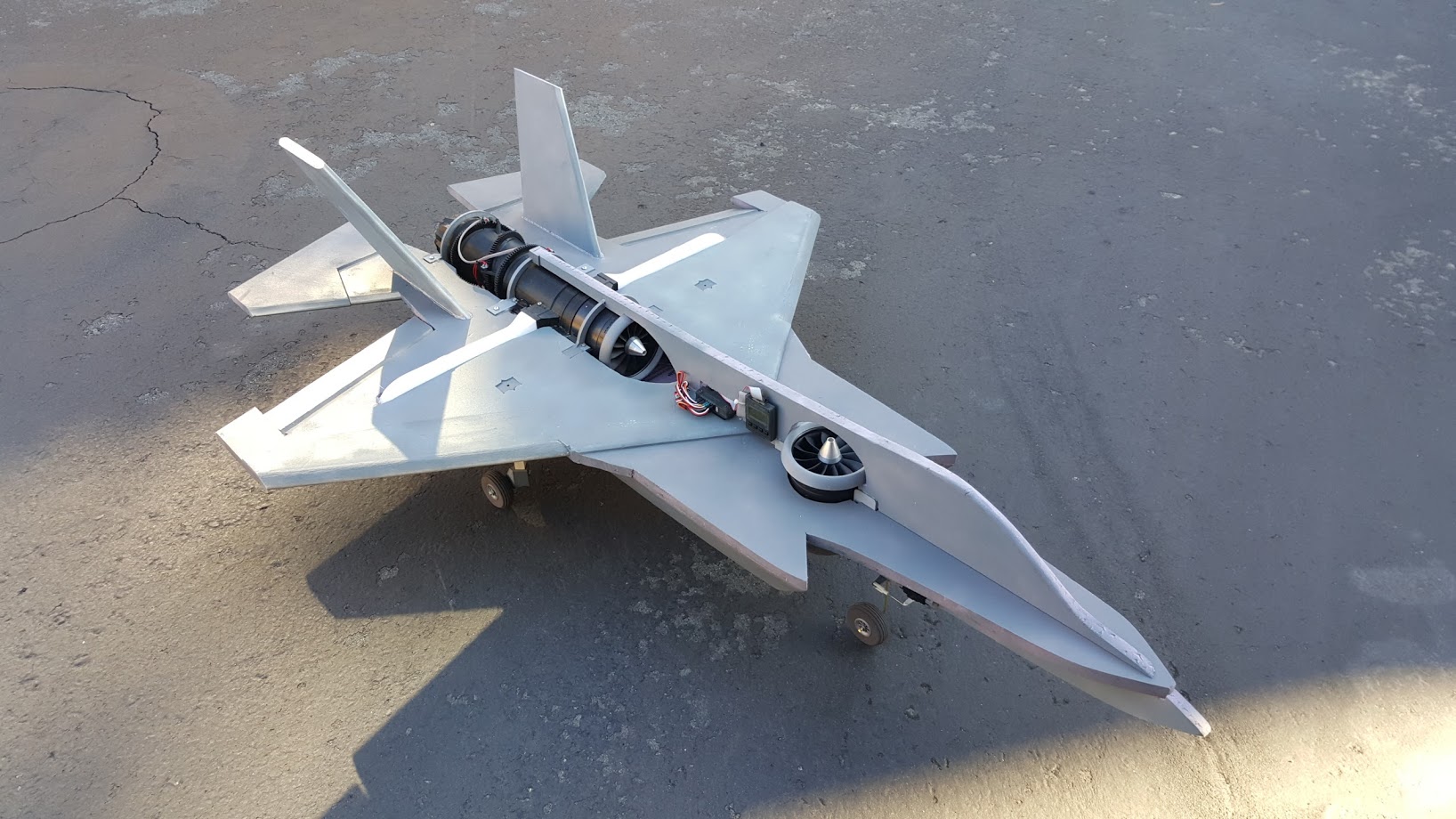 It was at this stage that some issues with my approach started to become apparent. The first was total thrust - the twin 90mm fan setup had difficulty handling the extra added weight and could only hover near full power. The second and more serious issue was roll authority - the valve/duct arrangement that diverted thrust from the main fan for roll control lacked the authority needed for outdoor flight. Wind or other disturbances could easily cause the model to go unstable or flip on its back. And with all the surface area of the new wings & fuselage, it didn't take much.

Partly due to those challenges, this project got shelved and lost in the noise for a while. I could have solved the roll authority problem by moving to dedicated ducted fans, but also wanted the final airframe to be very scale and wasn't thrilled about the idea of having to do that while reducing weight. It would have been possible with hollow-molded composite construction but also would have been a huge task.

However, two important developments happened while this project was set aside. Ardupilot - the most capable open-source autopilot software - gained the ability to operate VTOL aircraft. Also, 3D printing became a viable and even popular way to build R/C planes. Both of these things sparked new interest in completing the F-35B. With Ardupilot, the model would benefit from significantly more advanced stability & control schemes than OpenAeroVTOL on the KK2 could ever provide. It'd perform transitions fully autonomously and have a slew of assist and safety features to reduce pilot workload and risk of crashes. And with 3D printing, I could design an airframe that could be downloaded and printed by anyone rather than an expensive one-off for myself. That'd be well worth the drawback of moving to a larger power system to handle the extra weight. To learn the special CAD techniques needed for printed aircraft, I designed and built an ERCO Ercoupe. Check that out here: https://www.loftedaero.com/product-page/erco-ercoupe 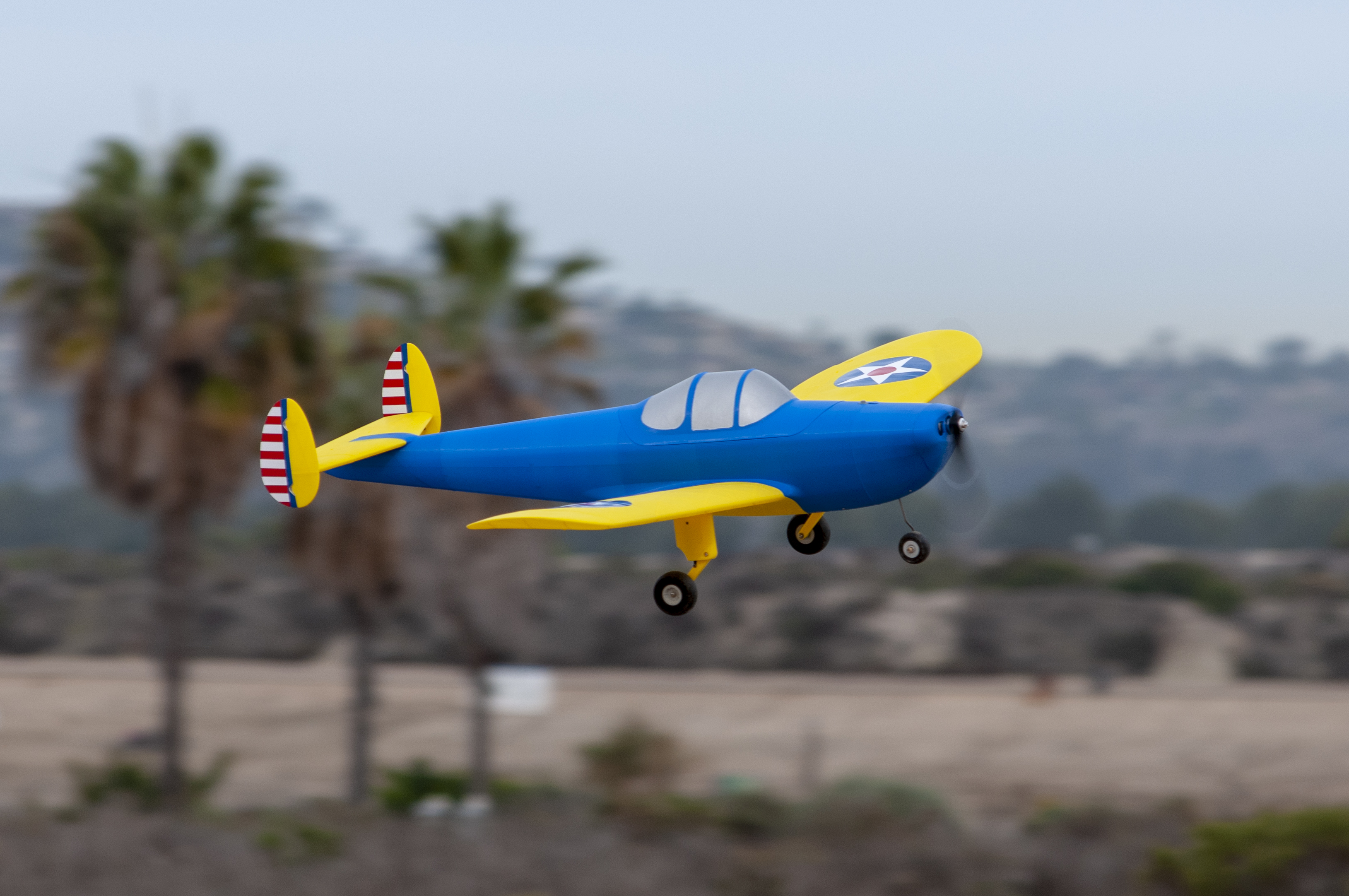 Otherwise, the first task of the new approach was to modify Ardupilot to handle the F-35B's configuration. Ardupilot can handle VTOLs using a variety of "standard" multirotor frame classes - tricopter, quadcopter, hexcopter, etc. You can choose which motors tilt for forward thrust independently of frame class which makes things very flexible. However, the F-35B throws in a couple of unique twists that aren't handled by the default firmware. It's technically a quadcopter (main fain + lift fan + two roll thrusters), but performs yaw using tricopter-style thrust vectoring instead of differential torque. So I modified the code accordingly and built a small test model to verify that the new frame class worked. This was the first time the F-35B configuration would fly using Ardupilot! 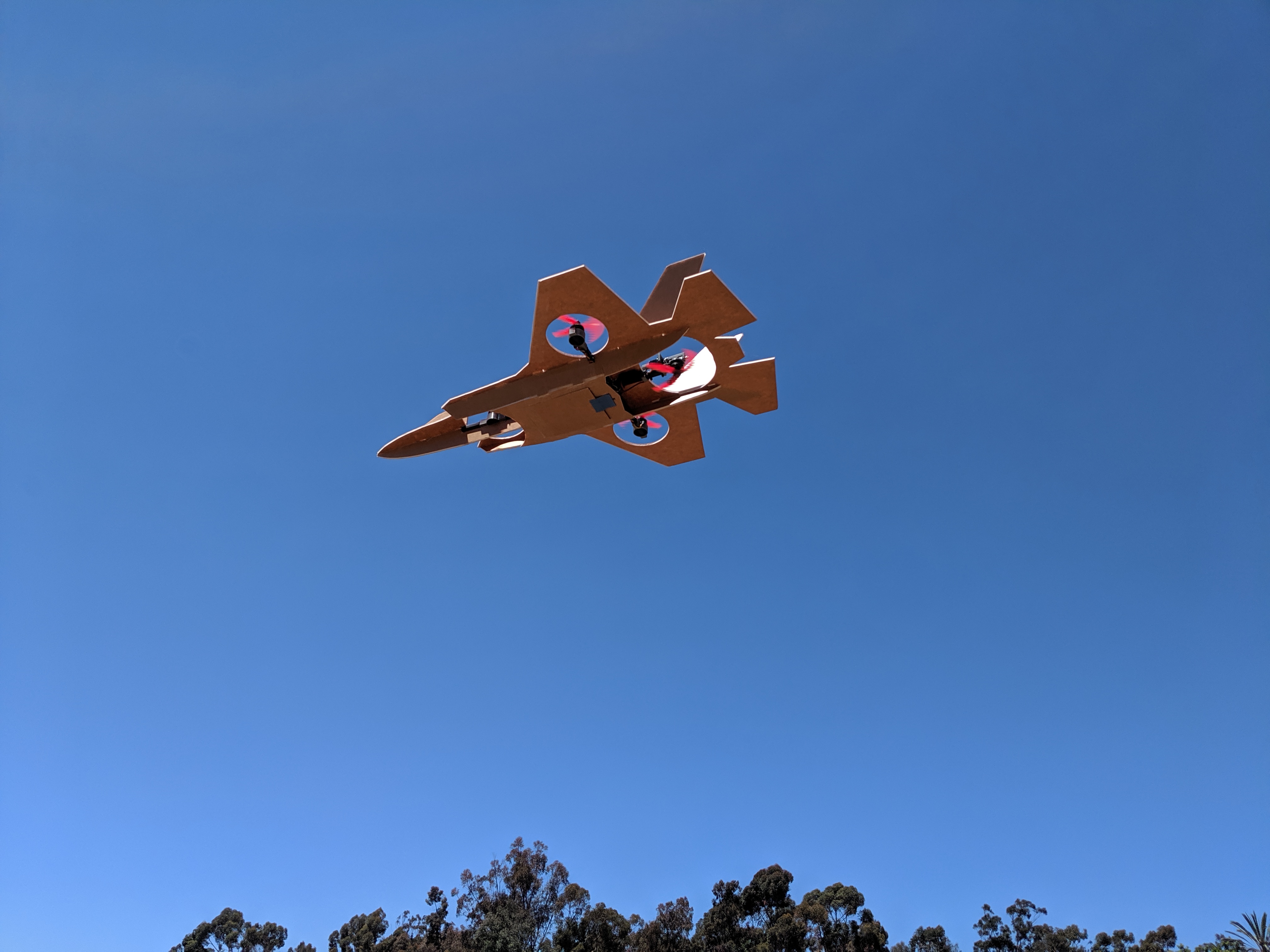 With the new flight controller proven, it was time to modernize the hover test frame. I removed the KK2 board and installed a Matek F765-Wing running Ardupilot, plus an MRobotics GPS to enable position-controlled flight modes. I redesigned the 3BSM to cut down on weight, improve the structure, and add bearings to reduce friction. I rewrote its code for smoother and more consistent control of the duct drive motors. The valve & duct scheme for roll control was deleted and replaced with small but powerful race drone motors driving 2" propellers. Finally, this five-year-old mess of wood and plastic was back, better than ever, and ready to fly again. 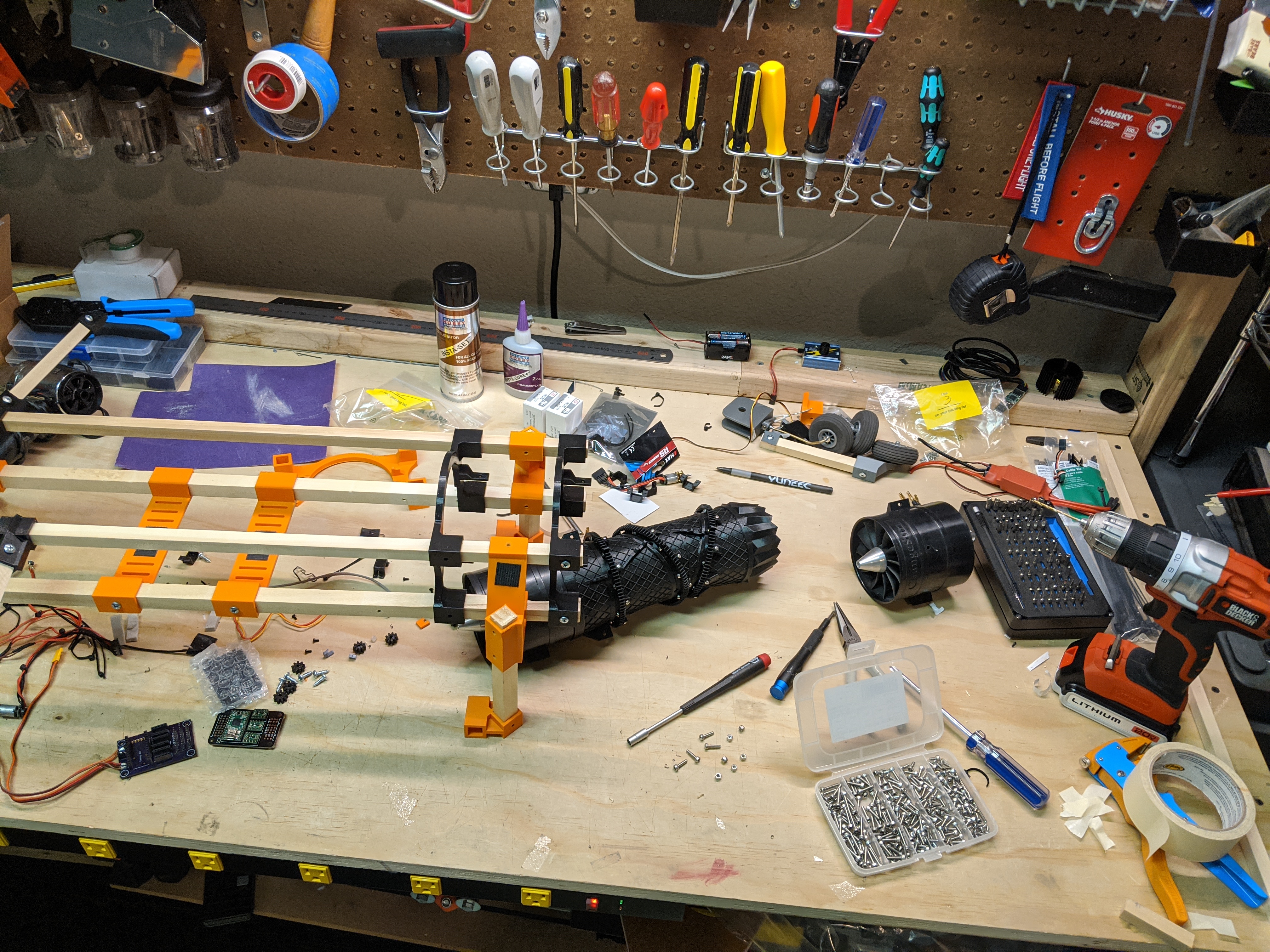 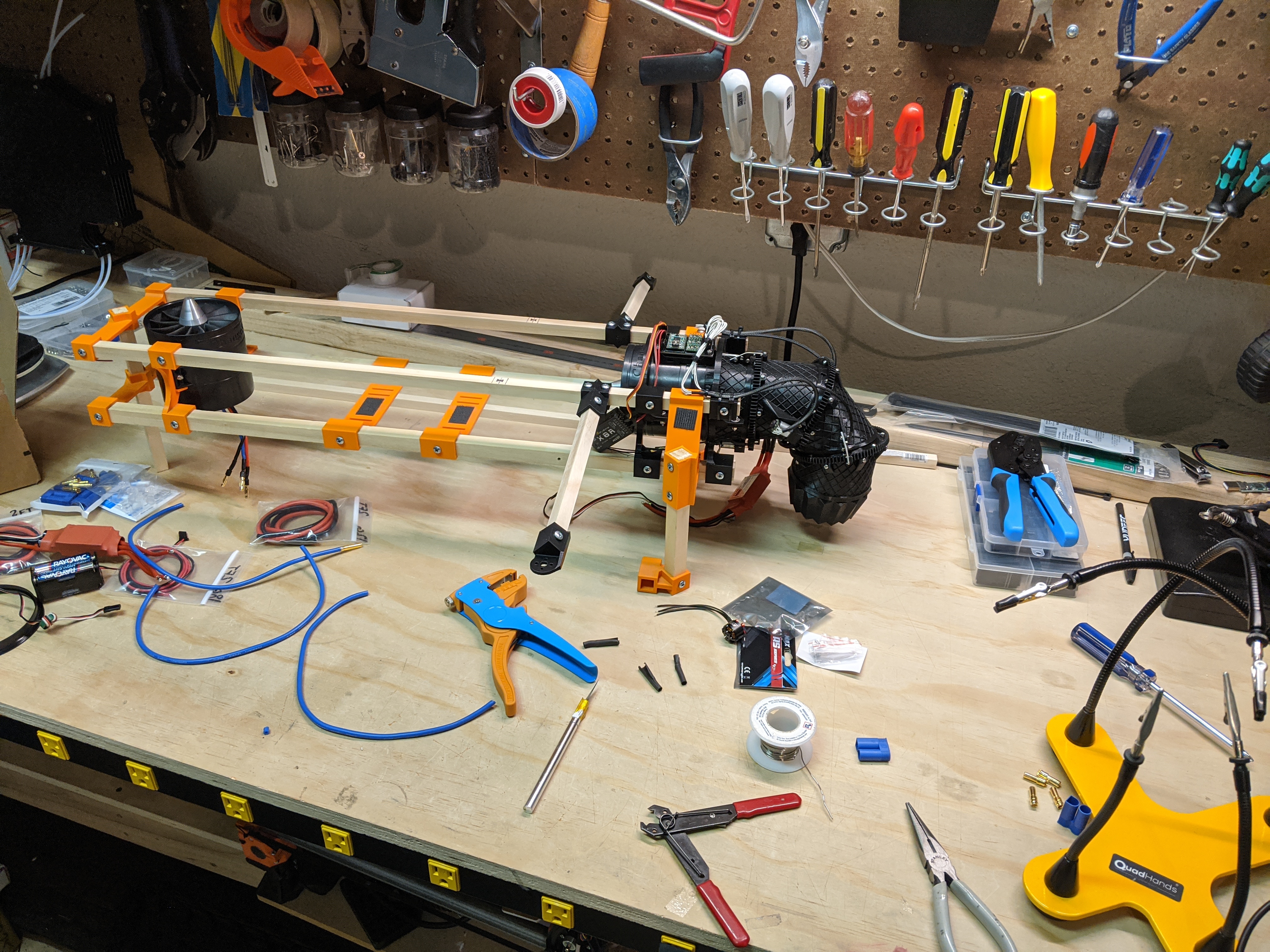 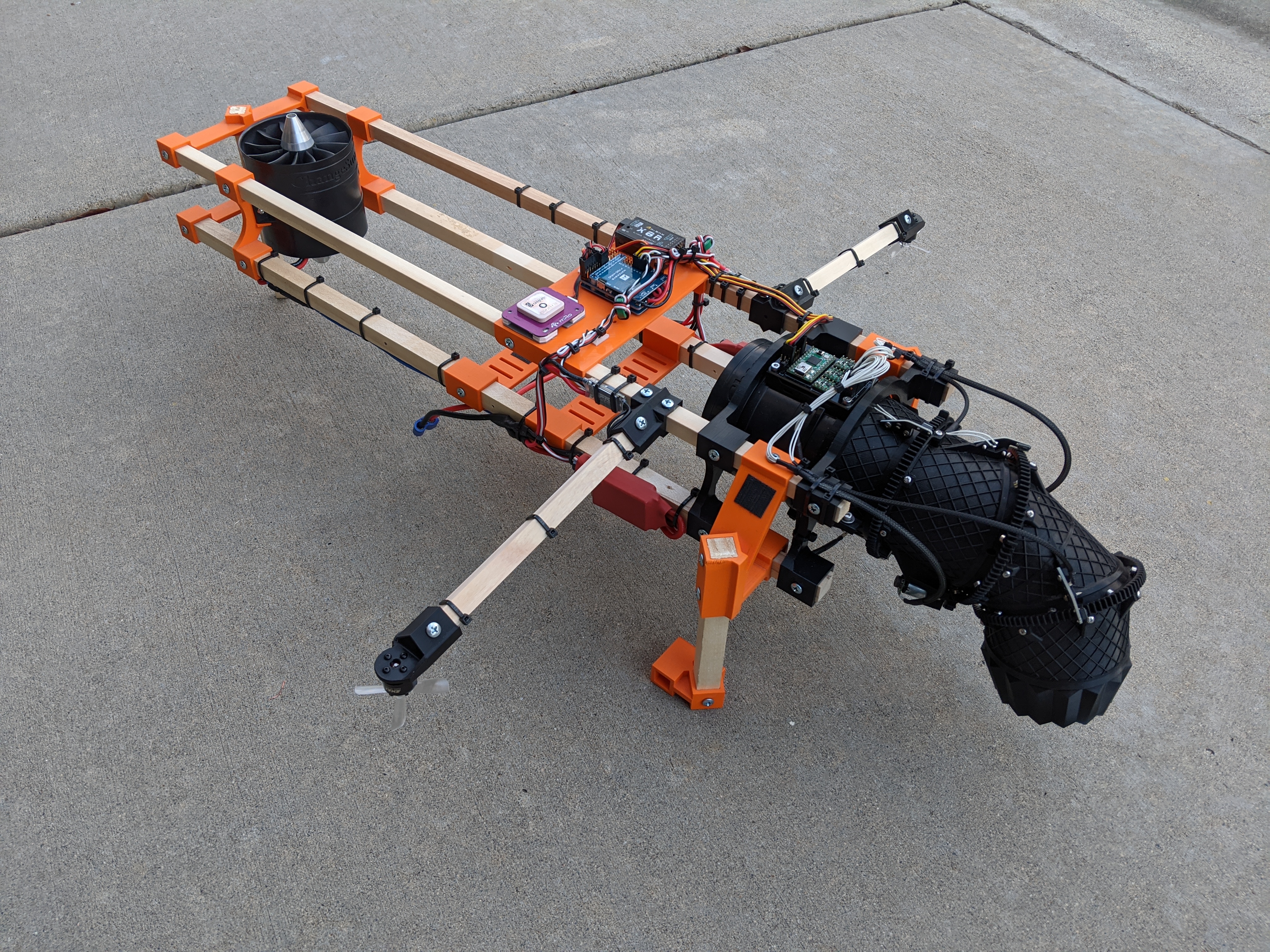 And it flew great! The move to Ardupilot paid off, resulting in an incredibly stable platform with a variety of new capabilities.

Just like the first time around, it was on to testing forward flight and transition. Though I elected not to build another foam F-35 - instead, I designed some non-scale wings and a boom-mounted tail that I could bolt to the existing hover test frame. This was the fastest way to have something ready for fixed-wing flight and also meant I could easily remove the flying surfaces if I needed to perform more hover tests. 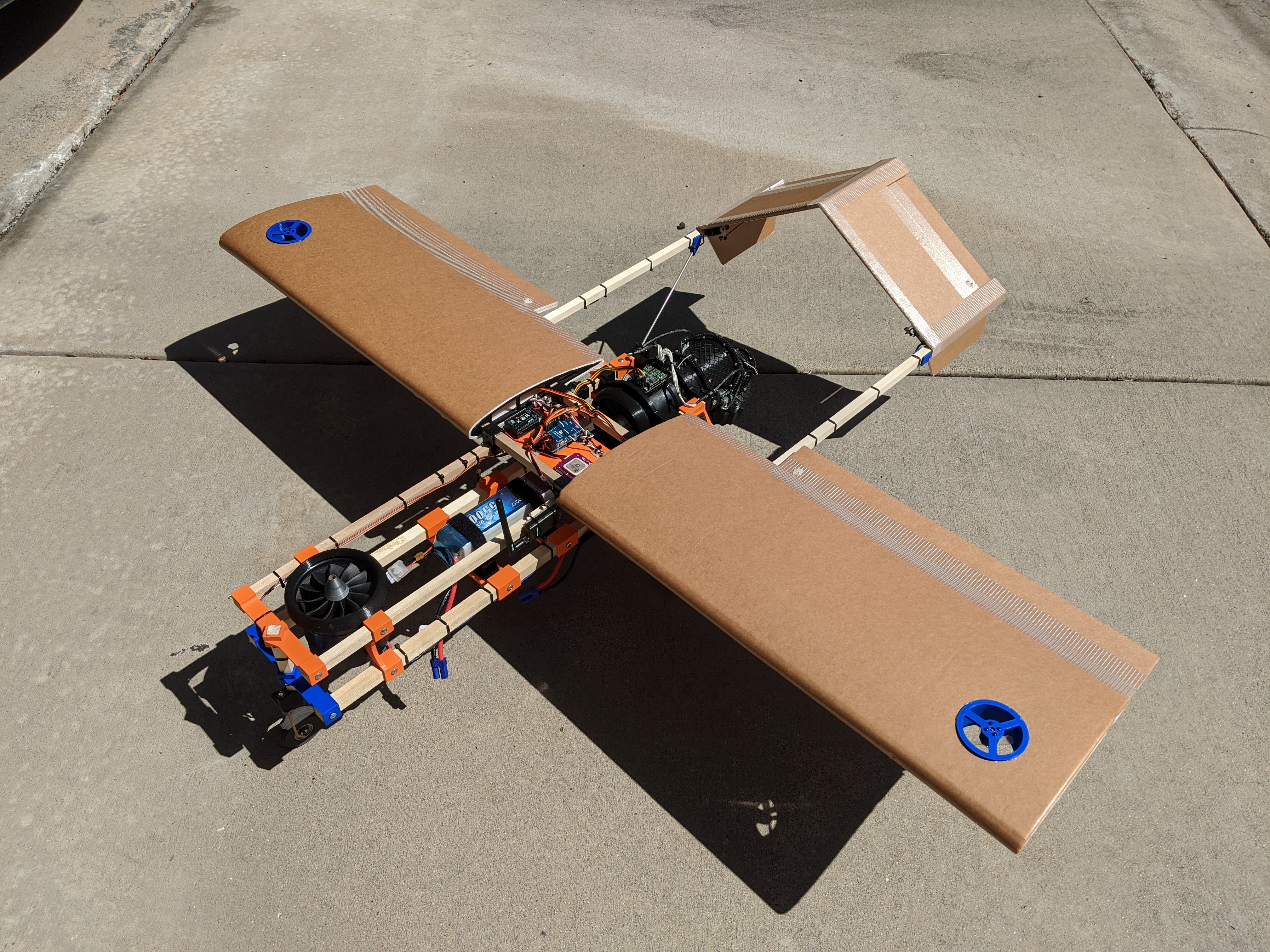 And since history repeats itself, I again began fighting with roll authority challenges. Fortunately, moving from ducts & valves to the dedicated small motors meant these challenges were now far easier to solve. I simply upgraded the 1408 2300kV motors driving 2" props to 2207 2700kV motors driving 50mm EDF rotors, which doubled the amount of thrust available. This seems to have done the trick.

And now we've just about caught up with the progress to date. At the time of this article I'd just performed the first fixed-wing flight of the test airframe, which you can watch below. This was done mostly to trim and tune the flight controls in advance of the first transitions.

In summary, I'm excited to be making progress on this long-running project and looking forward to the day when I can share my completed F-35B design for others to download, print, and fly. At the moment, the roadmap moving forward looks like:

Anyways, thanks for reading. Progress videos will continue to be regularly uploaded to my channel, and I'll likely post big updates here as articles. Stay tuned!

NYCBobby on July 7, 2020
Amazing things you have accomplished. The rotation of the tube is fantastic. I also like your approach of working with a simpler airframe at first. Look forward to seeing the final version but so far I am impressed.
Log In to reply
Talsharf on July 10, 2020
That’s amazing! Great engineering work!
Log In to reply