Who doesn’t like a flying wings? They are robust, efficient and fun! I built this 600mm (24.6 inches) wing to fight wind, annoy birds, and buzzing around.

First I will give credit to a bunch of people:

FlightTest. Your VersaWing is my first build, and it’s very easy to fly. This plane is also inspired by your FT Delta Wing.

ExperimentalAirlines. You must learn from him how to laminate a foam board with packing tape!

[I have already maidened it. It flew like a dart! For got my GoPro to make a video though. Will upload after next flight!] 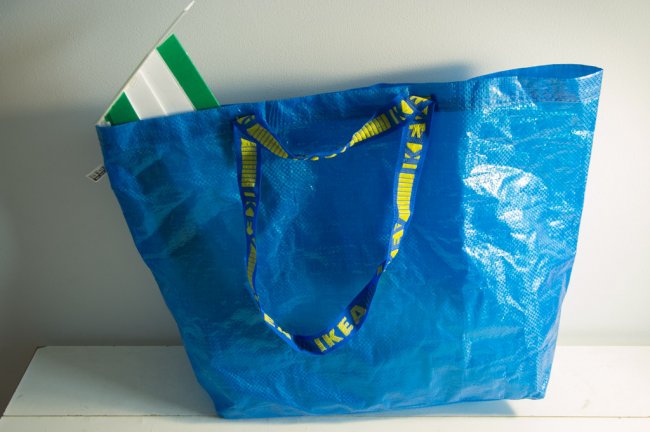 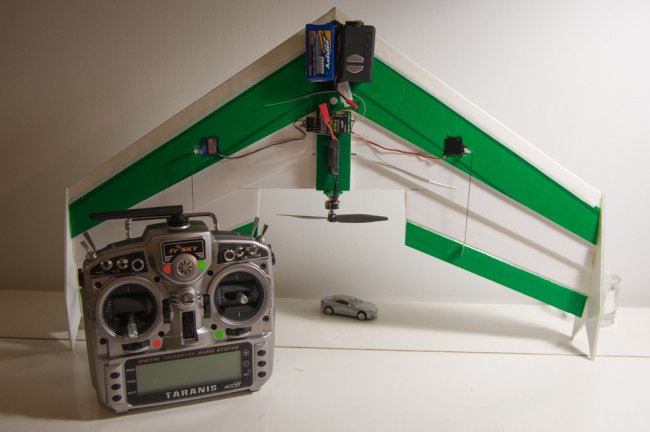 Here is how it compares to the size of Taranis. And it fits nicely in my 'gear bag'. 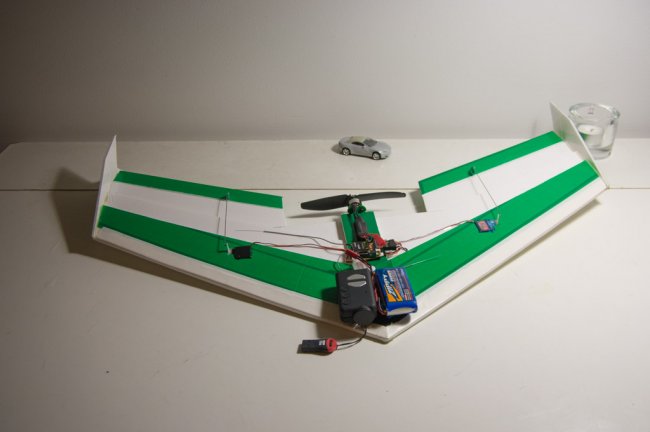 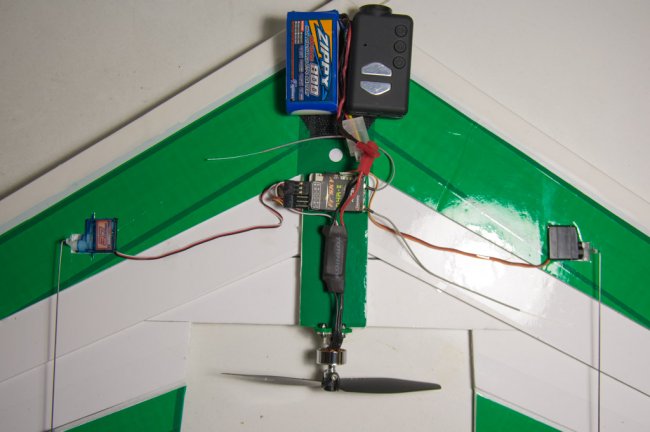 One reason you should love a wing - it requires so few to fly! On the right I used an old servo from a crashed MiniSwift. 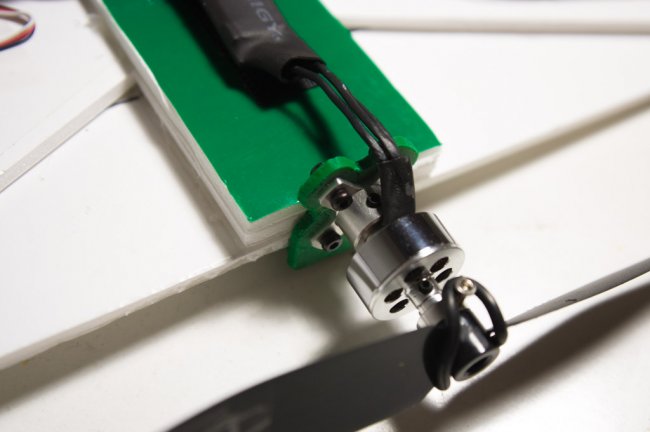 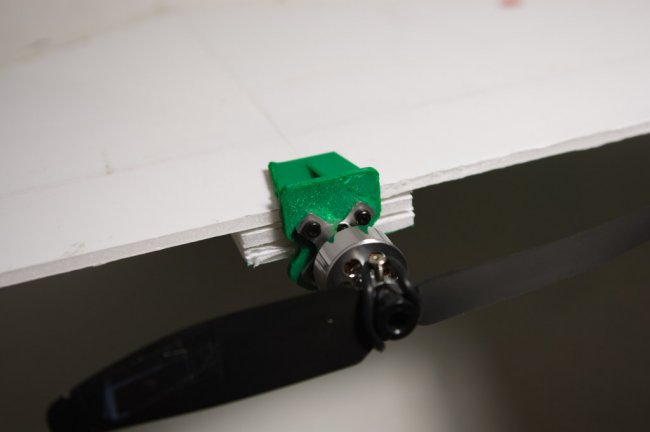 I couldn’t find a way to bend a right sized metal plate, and drill it to make a motor mount. So I 3D-printed one. 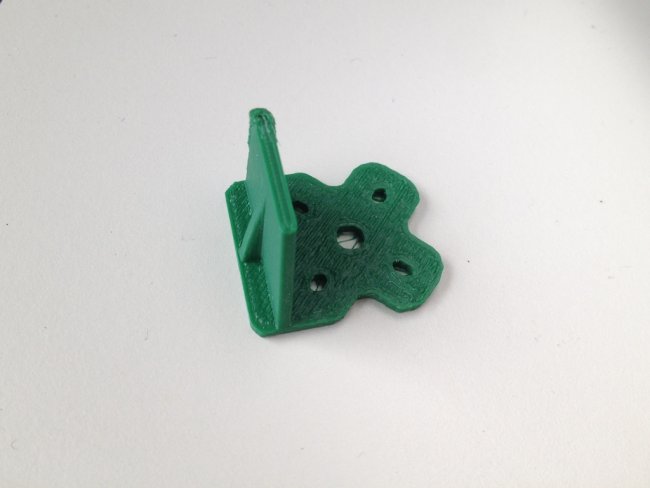 How the motor mount looks like. You can get one of this from here. Just put decent amount of hot glue to mount it. 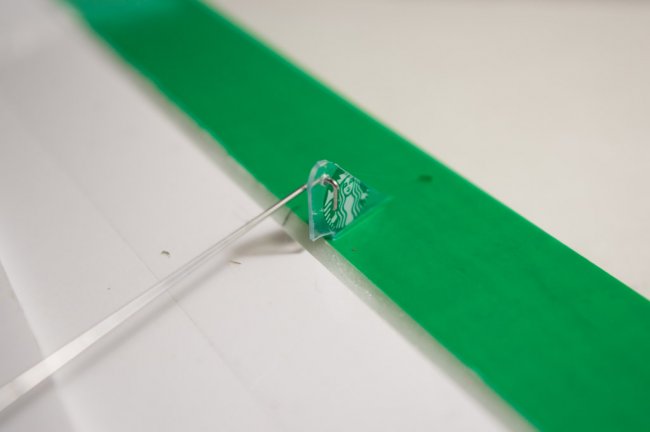 Almost all control horn from HobbyKing requires you to put at least 2 screws through it. It adds weight that is too significant for a small wing as this. So just take a gift card, cut it, bend it, drill it. Bang! You have a perfect light and strong control horn. Featuring Starbucks Mermaid. ;) 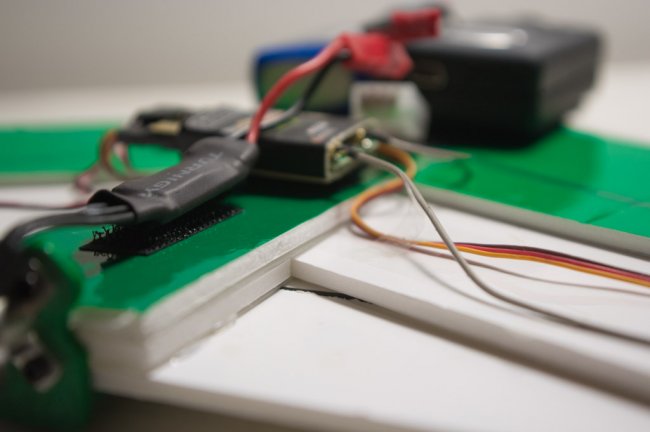 A close-up on the KFm-2 wing foil. And one word about the 3-layered foam pad that support the motor mount - cut two strips of gift card, glue them in-between the 3 layer of foam board, it would survive almost any crash!

You can see also a tiny part of carbon fiber strip that supports the whole wing. Personally I would think for such a small wing, you won’t need this spar if you cut each layer in one piece (I glued two halves together to save foam.), and have the layers glued properly. 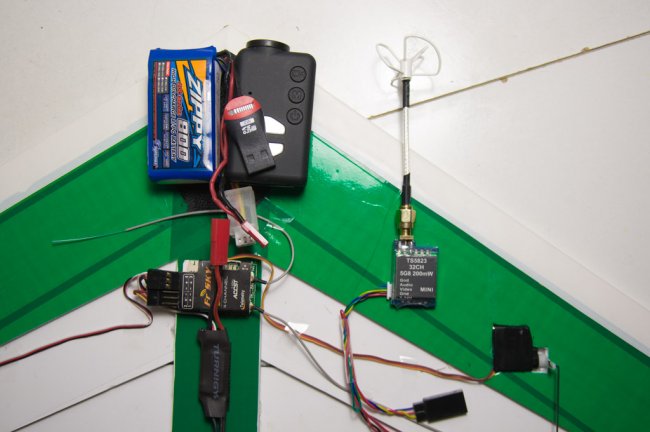 Next step? FPV it!

Refer to the plans below if you want to build one! 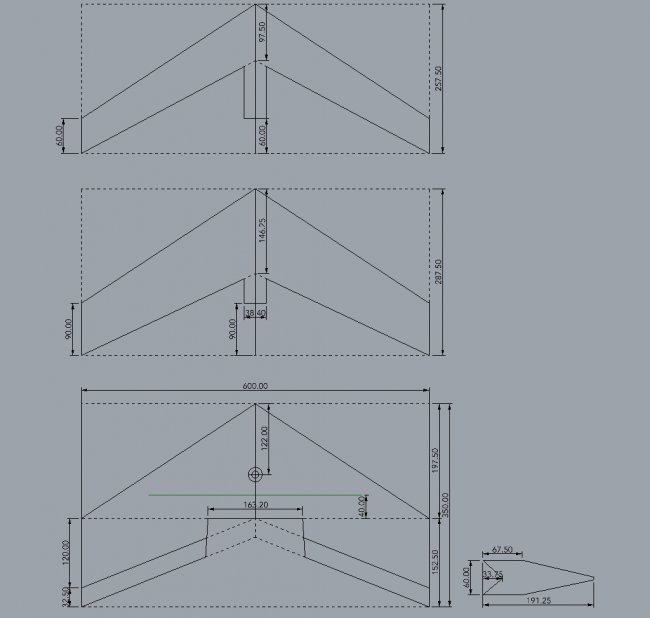 Note: In the 2nd drawing, accross the centeral line the number is 38.40mm. You can round it up to 40mm with no problem.

Inserting a carbon spar (green line) makes it difficult to create dihedral, but you won't need the dihedral because as long as the wing is balanced right on the CG spot, it will fly very nicely. Dihedral stops you from making perfect roles in the air too. 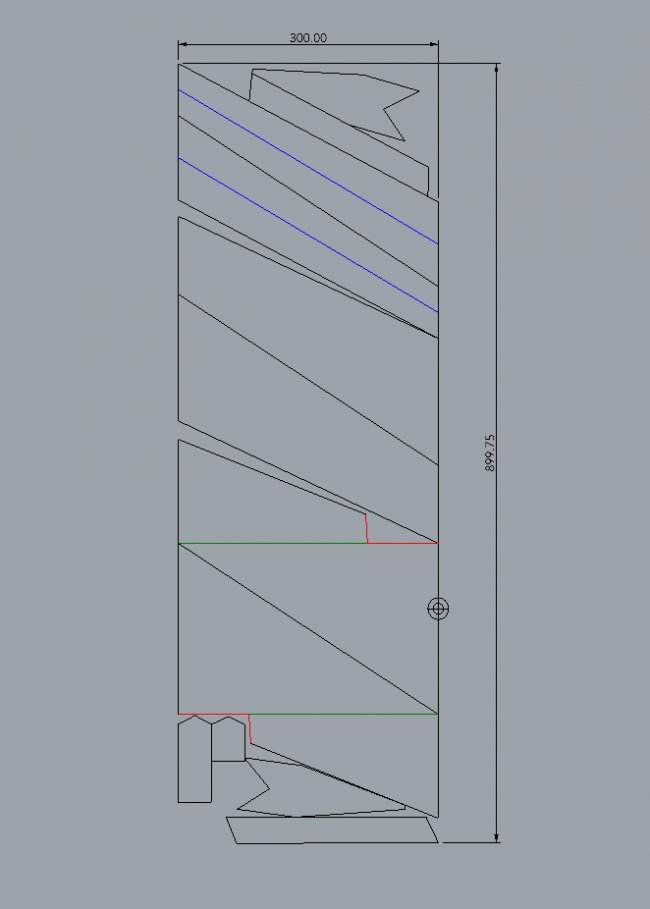 This is the way to go if you want to save some foam! Btw, I used 3mm paperlaminated foam board. 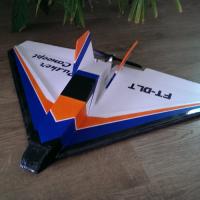 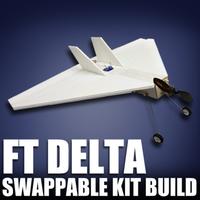 vontugboat on December 14, 2014
Built one, still have to get the electronics mounted. Using a different motor and battery to avoid buying more :) Totally easy build, can't wait to fly it!

Motor: http://www.hobbyking.com/hobbyking/store/uh_viewItem.asp?idProduct=71612
Battery (3S): http://www.hobbyking.com/hobbyking/store/uh_viewItem.asp?idProduct=58532
Log In to reply
vontugboat on December 24, 2014
I printed a motor mount for my motor (has 3 mounting holes, not 4) and posted the file online for anyone who wants to print one. Linked back to this page and gave credit to Cacomistle for such a fun aircraft! Keep up the great work, man!
https://www.youmagine.com/designs/tinywing-motor-mount
http://www.thingiverse.com/thing:608493 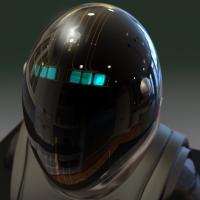