So I have been wanting to do another tricopter build after finally killing my first scratch built rcexplorer style one a while back (see related videos). When I saw that David had released the new plate with the integrated naze I figured it was a perfect time to do a proper build using the kit, so I went ahead and ordered up the whole kit from his store. Unfortunately the PDB plate was showing as out of stock when I ordered, although David then posted on his facebook page that it was a mistake and that they actually were in stock. I tried to contact David through both facebook and also his website to try and add the PDB to my order but disappointingly I never heard anything back from him.

The kit was shipped promptly however and arrived in my office 3 days later, which was quicker than I was expecting! This kit is really nicely packaged, and even comes with a little (printed) note from David thanking you for the purchase, and gives some guidance about not doing stupid things like flying next to airports etc. Nice touch! 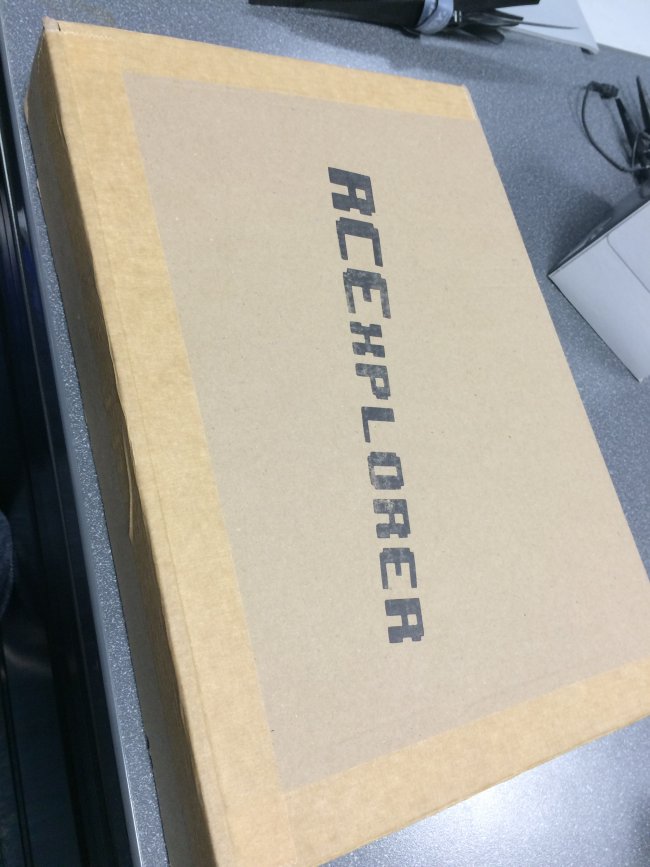 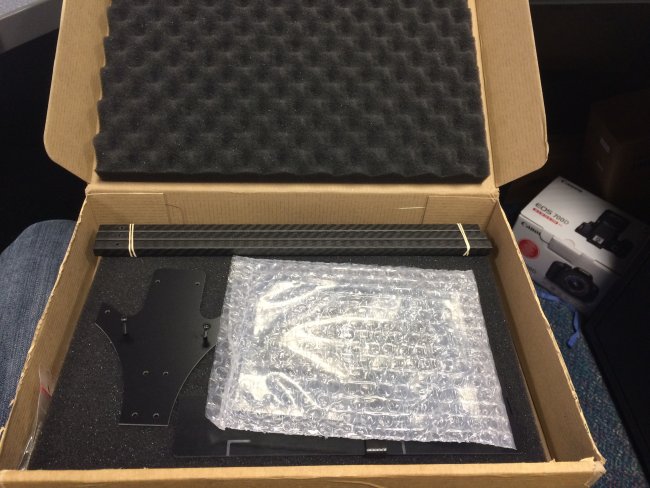 So that weekend I got my parts together and started the build. 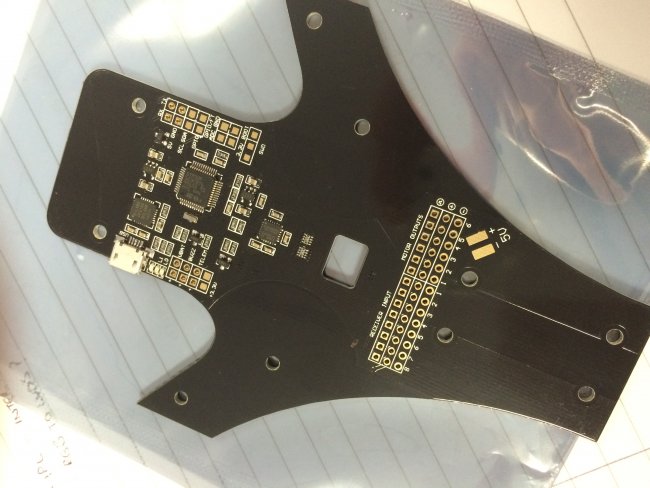 The frame went together well and apart from a few things I noted which I will detail in the conclusion it was pretty straightforward. By far the hardest part is the final assembly, getting the booms attached and plates screwed on can be a bit tricky, and this was made a lot harder by not having the PDB since I had a big wire harness to contend with. But with patience I got it all together. 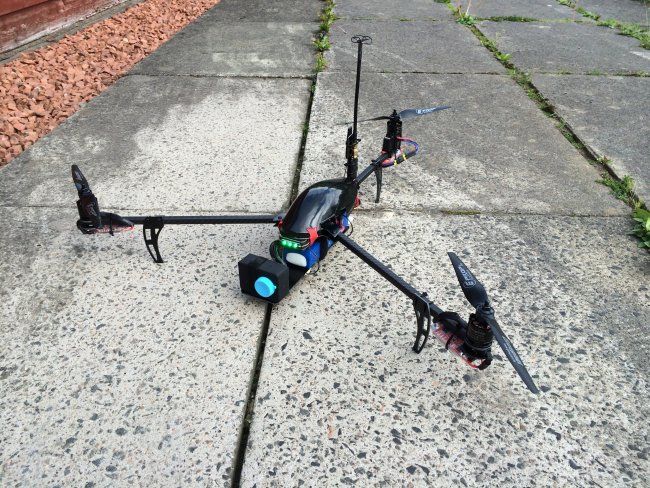 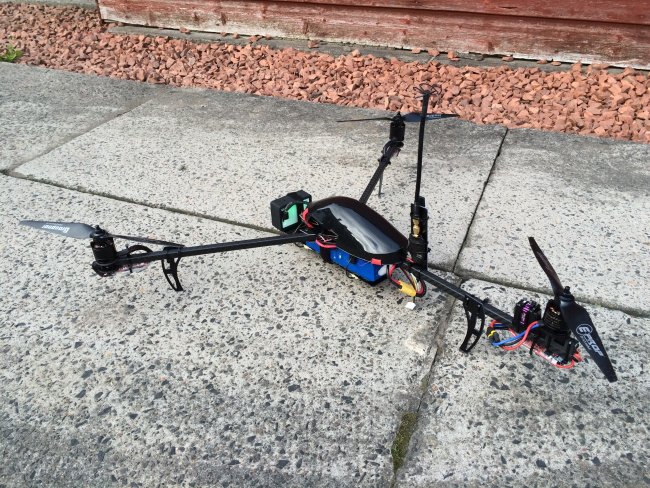 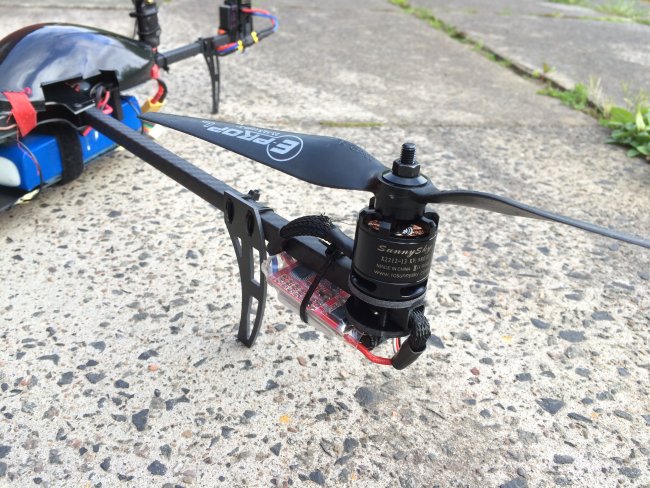 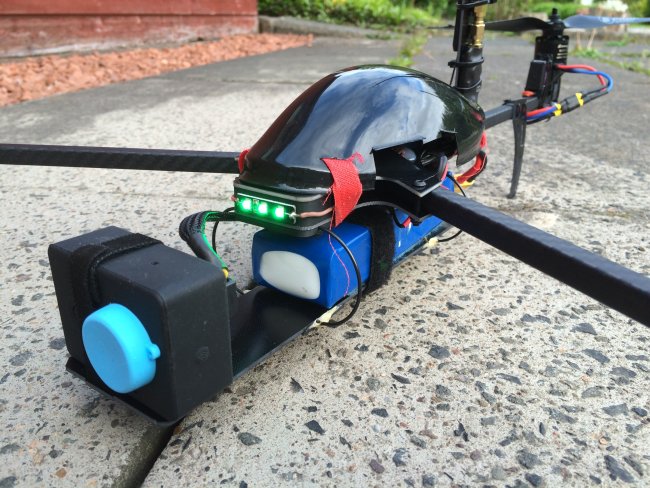 Davids build video is excellent, and the supplement videos for the naze setup and build is also really helpful. Follow those and you can't go wrong really, but a few thoughts I had whilst building to keep in mind:

Unfortunately due to rubbish weather here in Scotland I have had limited flight chances, but I have managed to get out a couple of times so far. The tricopter with this power config has loads of power. It is really quick and responsive, and the yaw seems really good to me with the new firmware David has developed.

I do need to do further tuning as it still has vibration present in the footage and also seems a bit wobbly in flight, but I think I have vibration issues that I need to address as I mentioned with my motor shafts rubbing.

This kit as an excellent quality frame. It's really well thought out and you can tell that it is a mature version that has been refined in pretty much every way. The carbon used is excellent quality and feels really substantial. I had to drill out a bit to stop my motor shaft rubbing on it, and the effort required to drill into it showed how tough it is! David has done a brilliant job integrating the Naze into the top plate, everything is easily accessible port wise, and the software setup is pretty simple following his excellent video. The price is also not that much more than buying a standard naze on its own, so he has done a great job to produce it for that cost! Flight performance seems excellent, it has tonnes of power on 4S and is really agile.

Overall I'm really happy with the tricopter, the only slight negative note I have is that I didn't get any response from David when I contacted him through 2 separate channels about the PDB. I understand he is probably really busy, but my issue was that there was a mistake on the website that meant I did not order the PDB as it was showing out of stock. I could go and order one separately but that would mean paying full price of $28 (with the 5v BEC) rather than the $12 when you buy it with the kit, and then paying shipping on top of that.

So other than that its a brilliant kit and I would thoroughly recommend it to anyone wanting a high quality tricopter build. I would also recommend building one yourself as well though, I learnt so much doing a scratch build initially and you can put together the frame at a really low cost! 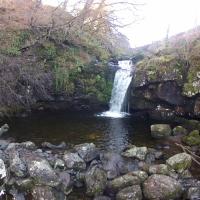 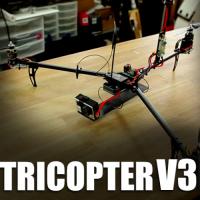 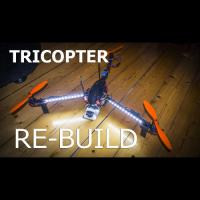 Dark Wing on June 8, 2015
I just read your review of David's V3 tri, I would suggest contacting him through email. I have always had a response from him. I'm currently building the dragonfly from FT, and will be building, David's tri from scratch.

DW
Log In to reply
mad_milchmann on June 10, 2015
great review. makes me want to buy davids Tricopter Even more. ;)
where did you get that canopy, it makes it look very clean and sleak.
Log In to reply
iwan_canobi on June 15, 2015
Thanks! :D

The canopy came from an old Skywalker Falcon flying wing I had, fits perfect!
Log In to reply 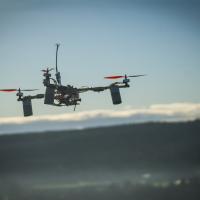