In the video the Turnigy 9XR radio with open9x is used as a trainer. The exact same setup also applies to Flysky 9x or Turnigy 9x radios with open9X.

I used a Turnigy 9x as student radio, but could just as well have used pretty much any

Setting up a radio with open9x to act as a trainer is a bit more complicated compared to most radios. The reason is that nothing is taken for granted. With other radios the channel order of the student and the limits of the signal from the student are often hard coded. This makes it easy to connect two radios from the same manufacturer, but often very complicated or even impossible to connect two radios of different origin.
Open9x is in the other hand freely configurable. As long as a radio can produce a standard PPM stream (the information sent in the trainer cable) it will be possible to connect it successfully to a 9x or 9xr radio.

The negative side of the possibility to use most radios as students, is that you have to set up all aspects of the student/trainer link even if you are connecting to another open9x radio. It is actually not any advantage  to use a 9x radio as student.

The trainer functionality is by default not enabled. This means that it is necessary to do the following four steps to control a specific model from a student radio:

This setup only needs to be done once and repeated only if another student radio is connected.

4) Please note that no trainer switch is defined or enabled by default. The final configuration step is to define the switch that is used to control if the trainer radio or the student radio is in control. This has to be defined in the setup for each model. I do not see the value of using different trainer switches between models. Neither do I understand why anyone would like to use anything else than the trainer switch, but if anyone wants to, the possibility is there.

The easiest way to explain the setup is in a video so here goes: 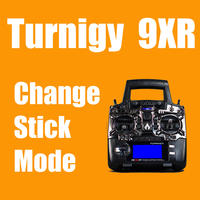 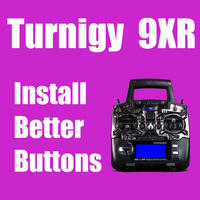 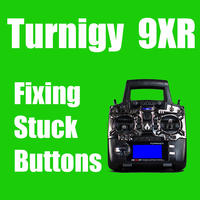 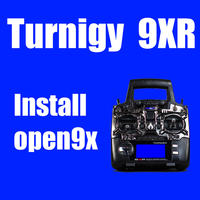 Adib Vahedi on February 10, 2013
cool thanks for the advice!

Keep up the great work!!!!!!!!!!!!!!! ;)
Log In to reply
Cory Roy on February 21, 2013
Great video. As a father trying to teach my 5 and 6 year olds how to fly, I am grateful for your fine advice.
Log In to reply
panther3001 on March 15, 2013
Why would anyone ever want to use a *non* trainer switch as the defined trainer switch? Answer: because some people route PPM signals from PIC boards into RC transmitters, from computer flight controllers running on code on PC's, to autonomously fly planes. When the computer is flying, having a switch stay-put without a rubber-band is nice.
Log In to reply
IronMessenger on February 26, 2016
I know this is an old post... but... I have a TH9X, and was wondering if anyone knows about this aspect... When the trainer plug is in, do both radios still transmit? Or does one radio become the Tx and the other is simply another set of switches and pots telling the 'master' what to send?

I ask this because I wonder about a way to turn off the actual Tx while using it to USB connect to PC games. When the Tx is on it kills Wifi for several rooms around me... :O The wife NO Like when her tablet goes DOA... then I get the "HEY is your radio thing on again!?" :D
Log In to reply
panther3001 on April 9, 2016
Hi, I'd like to comment on your 4th point about the trainer switch. You said, "I do not see the value of using different trainer switches between models. Neither do I understand why anyone would like to use anything else than the trainer switch, but if anyone wants to, the possibility is there." Here's an example of when you want to change the switch: when you want to let a computer fly your plane, via the trainer input, nobody wants to sit there and hold the trainer switch, nor do we like wiring the switch on or using a rubber band. For an example of a computer flying a vehicle through the trainer port, with this radio, see here: https://www.youtube.com/watch?v=wY3oh2GIfCI and here too: https://www.youtube.com/watch?v=Y97bl4JWoVY
Log In to reply 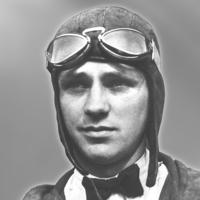