If you thought having a blast with model flying was a new phenomenon, think again. Model planes have existed for even longer than the big ones and so have people's passion for aviation, as seen in these fantastic old newsreels from British Pathé and other sources. Want to see where it all started? Check out this model airplane championship event from 1936.

It's clear to see how events such as Joe Nall and SEFF have their origins. These sorts of model flying events were extremely popular then as they are now. Most of the models back in the 1930s were free flight. This means that they had no control when they were launched, instead relying on pre-trimming to get them to fly in patterns. Careful adjustment of the engines was also needed. Many people still practice this niche of model aviation. 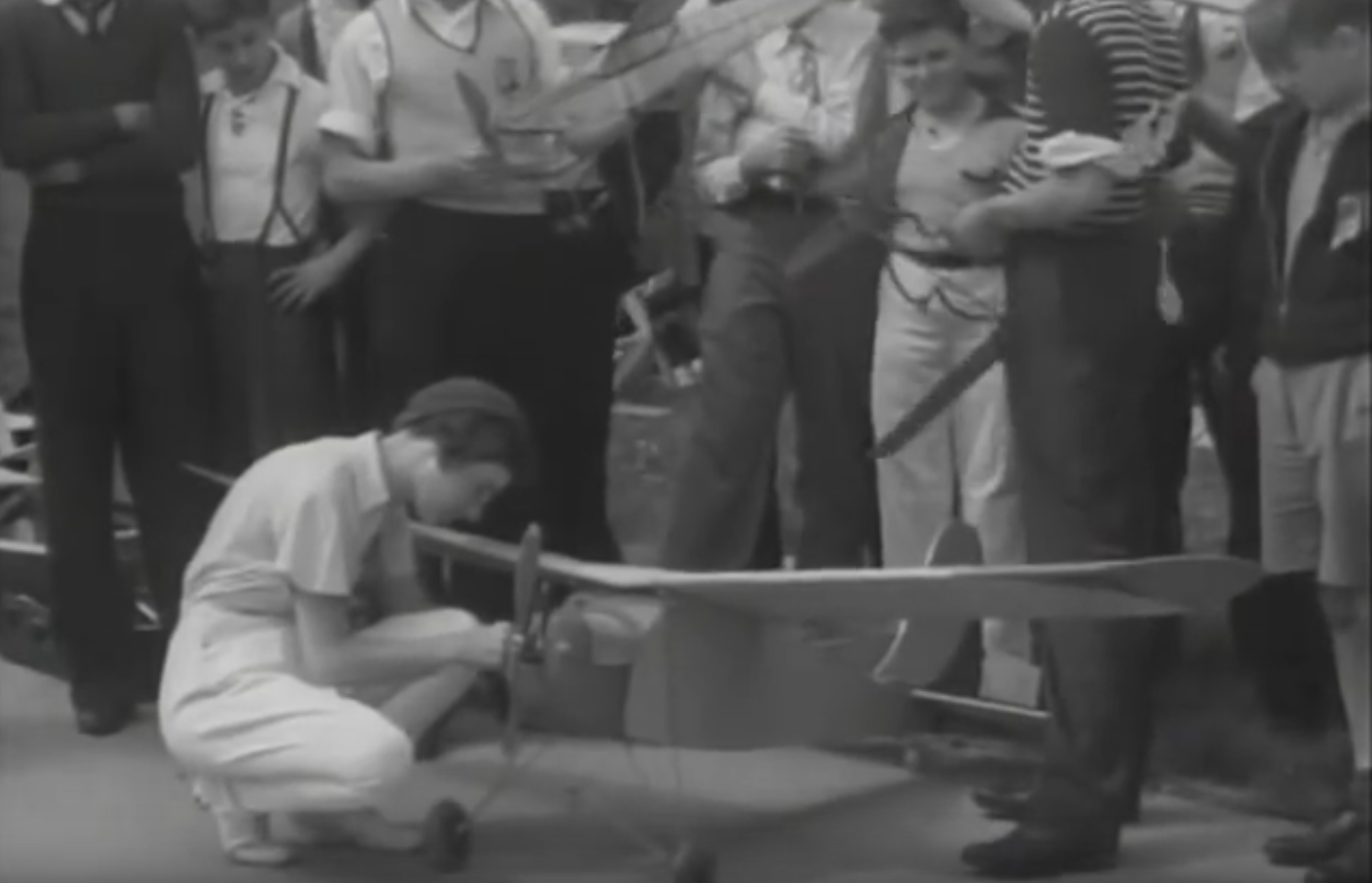 Here a model is weighed to determine the amount of fuel needed. Competitions for flight duration were popular as they were easily measured from takeoff to crash landing. 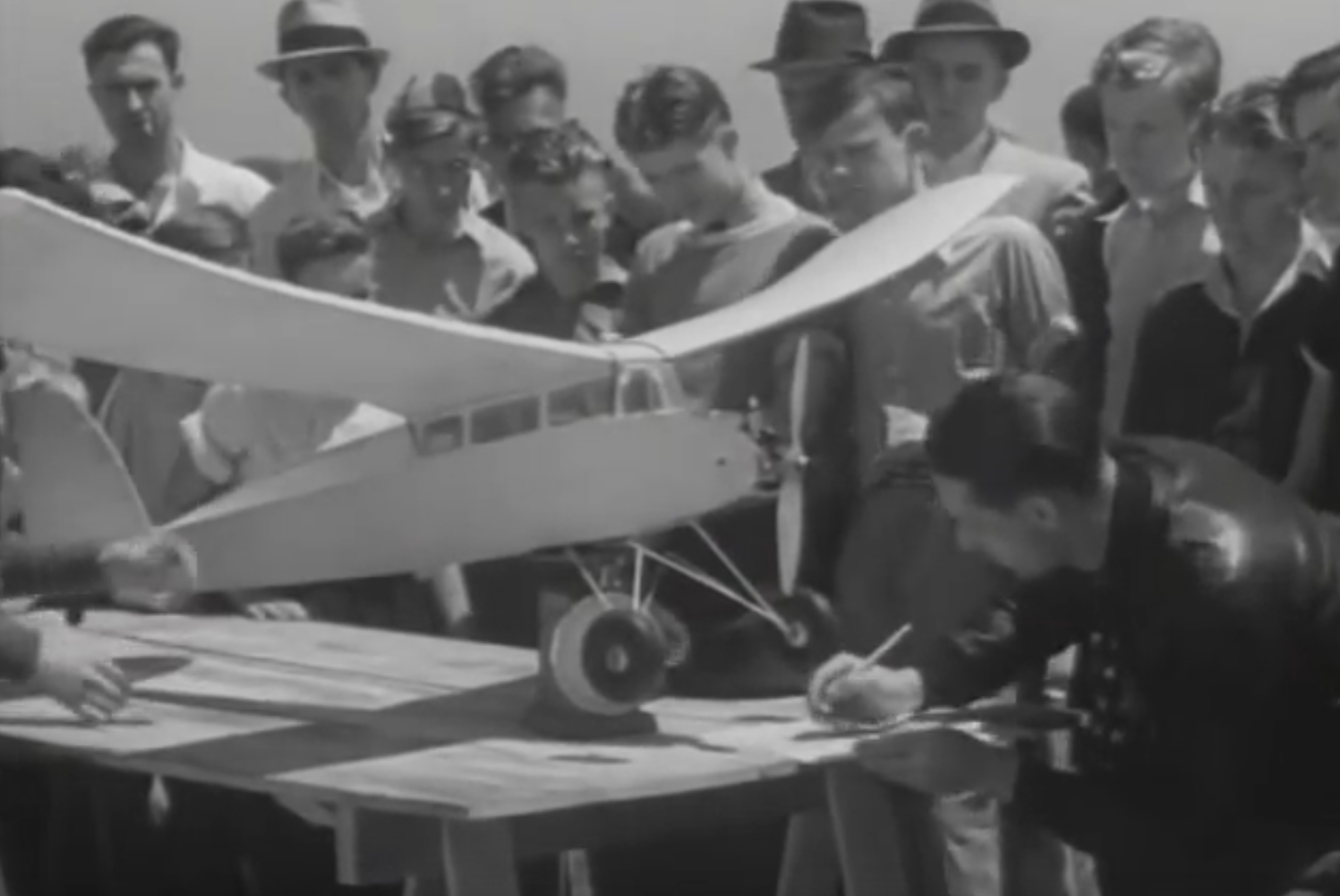 Here's another charming film of various models including some control line aircraft.

...that is apart from the fact that they're yawing around in rapid circles!

This newsreel from British Pathé shown in 1954 shows a number of unique models made when there were many more limitations on materials and technology available to individuals like us. Again, these are free flight models.

Interestingly, the film shows a delta wing airplane powered by a ducted fan model that uses a gas motor. This is the origin of the EDF, the electric ducted fan, that so many of us use today in RC jets like our FT Viggen. As this one uses a gas powered motor, I suppose this makes it a GDF! 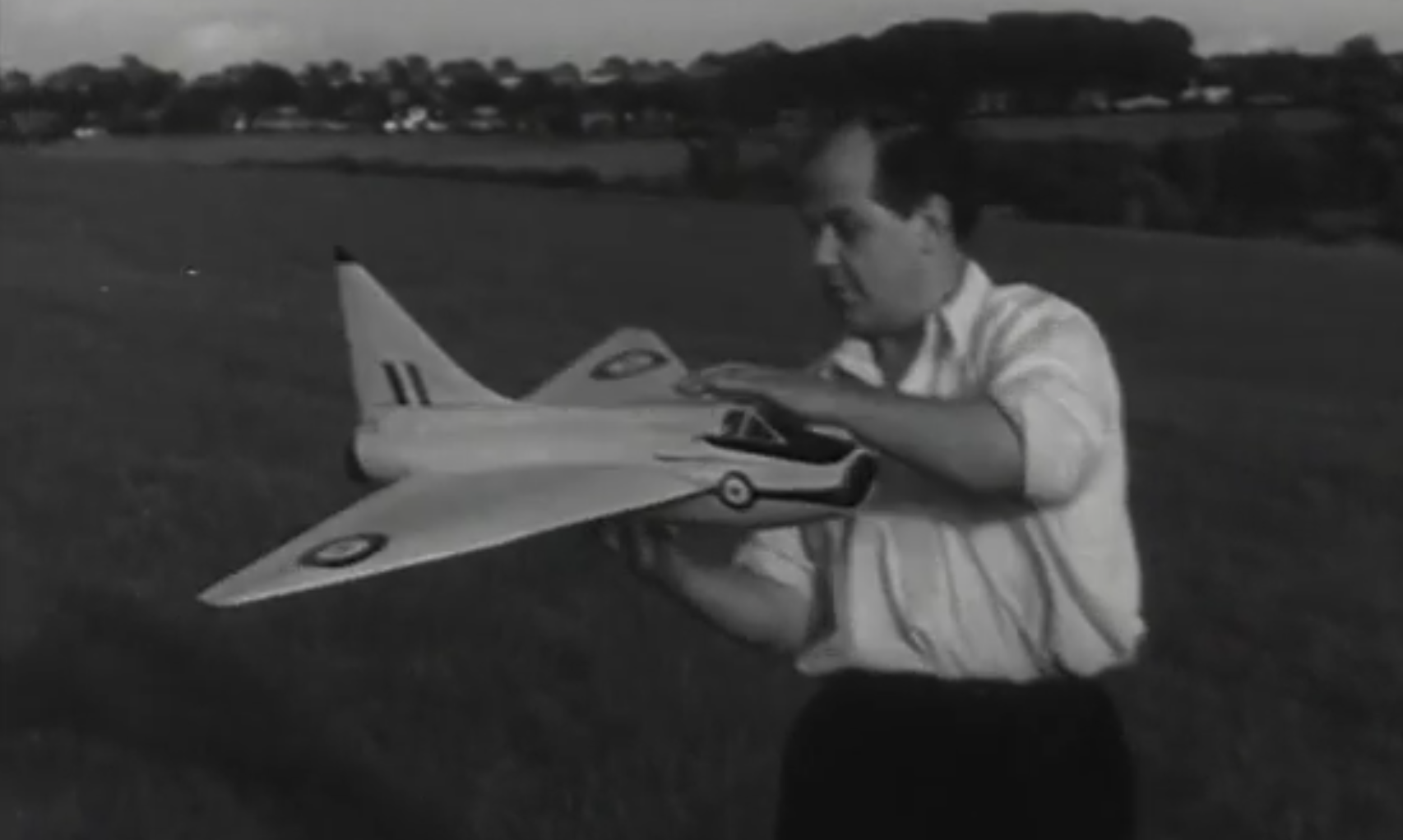 This colour film from 1968 shows the first generation of radio controlled models. There had been systems before this, but it was during the late 1960s that transmitters and receivers began to be more commercially available. Check out how boxy those transmitters look. It wasn't all that long ago that radios stopped having long thin antennas and went digital.

Something that has thankfully changed since the 60s is the sentiment that 'this isn't kids stuff'. Nowadays we can (literally) afford to have more fun - crashes don't have to be as expensive. As we saw at our Flite Fest events, people of all ages are getting into RC. If you destroy your model, chances are your brushless motor along with of your other gear survived and you can simply build another plane for just $10. It means the hobby can be shared with all sorts of people all over the world which is a great thing. Here's to the future of RC!

The Next Chapter of our History 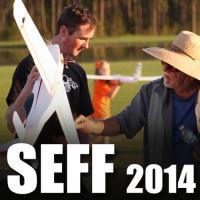 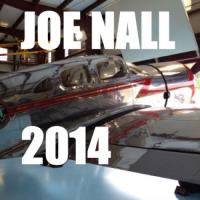 PropSpinner on February 21, 2018
How did you like that car with the suicide doors? How about that kid riding on the running boards? Could you imagine people letting their kids do stuff like these days? You would have all kinds of people crying about how it was child abuse!
Log In to reply
BigSexy on February 21, 2018
I am 38 and remember how much fun it was to ride around in the bed of our farm truck. We would go camping with that truck. My little brother, 3 cousins, and myself would ride in the bed to get to the campgrounds. I also remember tying a empty cigarette pack to the line on my fishing pole and practicing my casting going down the highway. Those was good times.
Things was so much better then. I graduated high school in 1997 and distinctly remember having my shotgun in the back window of my ford ranger in the school parking lot. Many of us had them in our vehicles back then. We would go hunting after school and nobody ever thought anything bad about it or cared. Fast forward to today and you would go to jail and your parents would too.
Log In to reply