This video is just one of many tutorial videos, this one is on "Rolling Harrier"

This is a newer YouTube channel that will be dedicated to anything RC, mainly Airplane reviews and tutorial videos. As of now only a few tutorial videos have been made.

"How to fly 4 channel RC airplane "

"RC Landing with One Wing Tutorial"

But, there are loads to come!

So check out the channel it self http://www.youtube.com/user/VoroRC .

Any questions on these tutorials feel free to message or comment on that video, I'm always open to any feed back. If you're looking to learn a new move and want a video on how to do it, please message me I'll bump that to the top of the build list and make it for you guys.

Till then, have fun flyin.

Thanks for the comment :)
Log In to reply
Mik3 on April 18, 2014
Nice tutorials Voro! I subscribed to your channel. Keep posting and I will keep learning.
Log In to reply
Gideon O on January 14, 2016
How does the Phoenix sim compare to RealFlight? 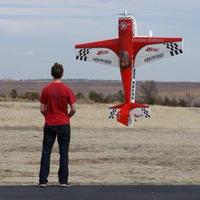