I've always wanted to put lights on my rc planes but not ordinary lights, just like in real life,but, I decided rather than buy one and install it, why don't I design and make one,but later on I realized I didn't even know what the navigation lights signified and how pilots utilize them for safety and visibility.

So in this write-up I'm first going to educate you on the various types of nav lights and what they signify, then we're gonna make a small prototype circuit on a breadboard to learn the circuit connections and in the next part we are going to solder the circuit onto a PCB.

But, before I start ,I have already made a video on this topic ,so if your not into comprehension, feel free to watch the full video given below and don't forget to subscribe to my YouTube channel as I have lots of exciting stuff coming soon ,cheers

Airplane navigation lights serves a purpose of giving information of the airplanes direction, position and status.It enhances the safety of the aircraft by informing the airplanes position and heading to on coming traffic,when in the air or on the ground.It is incredibly helpful in times of low visibility.

Types of navigation lights and what they signify.

There are presumably two types of lights, the constantly ON lights and the ones that flash known as strobe lights.

There are three primary constantly ON lights,on the left or port-side wing is a red light,and on the right or starboard wing is a green light ,towards the aft or tail of the airplane is a white light,these lights are known as position or navigation lights and these signify the left and right wing as well as the rear of the airplane to incoming traffic

Other constantly ON lights include landing lights ,located on the leading edge of the wing and on nose wheels,which help the pilot see the runway during takeoff and landing, also present on the vertical stabilizer are logo lights which illuminates the logo of the company or the airline. These lights can be switched on and off if required as they are not crucial to the navigation system. 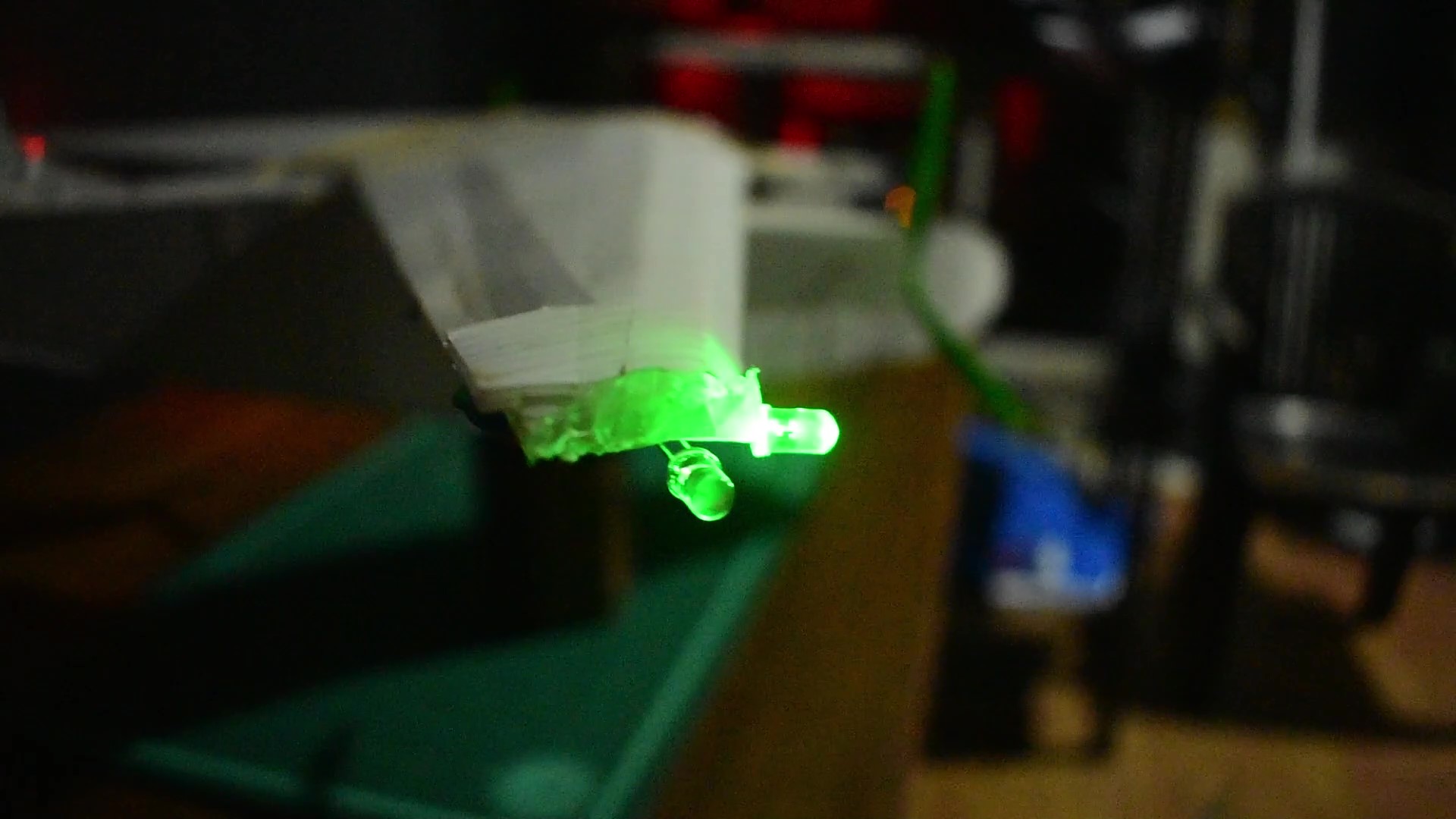 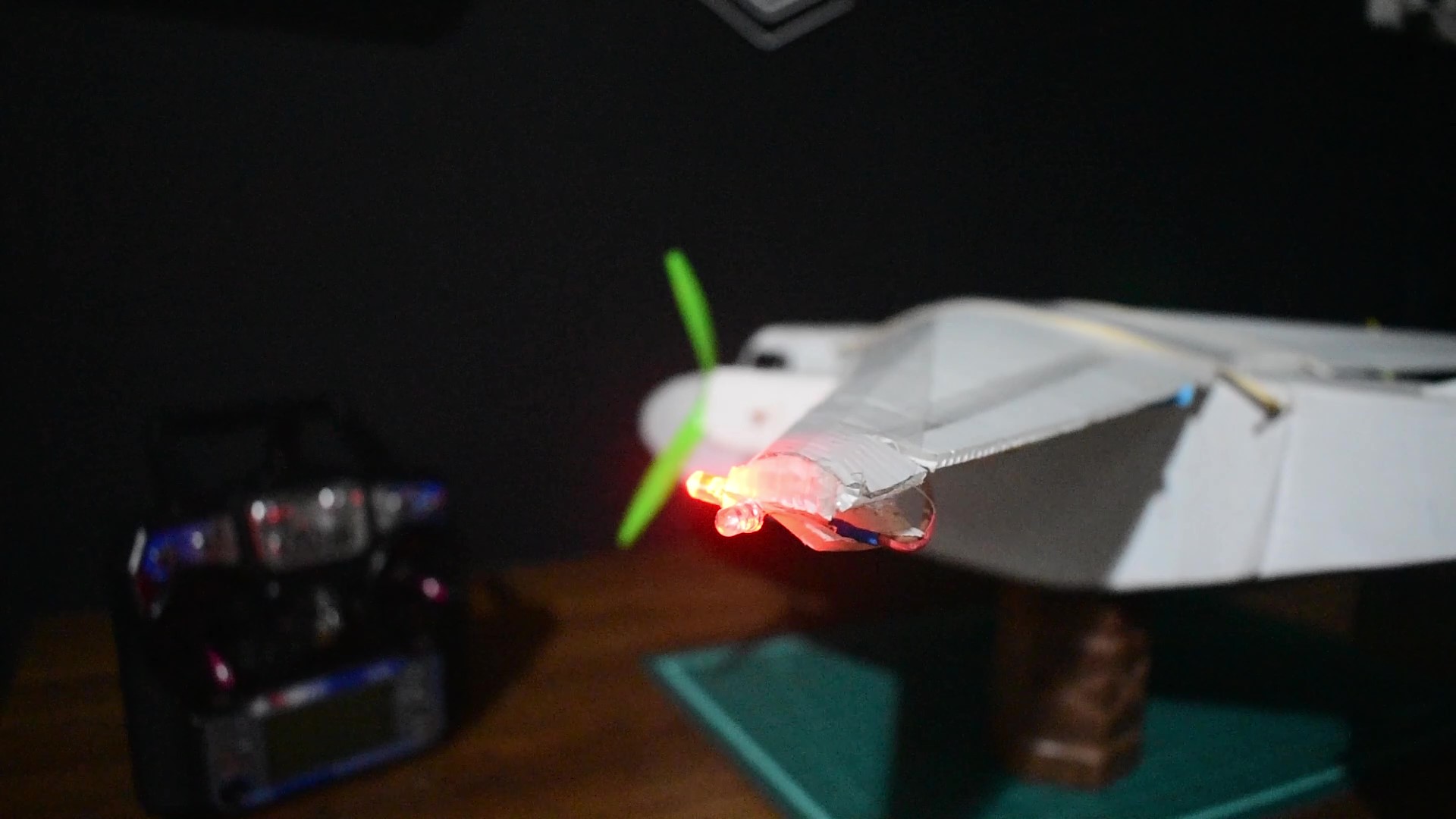 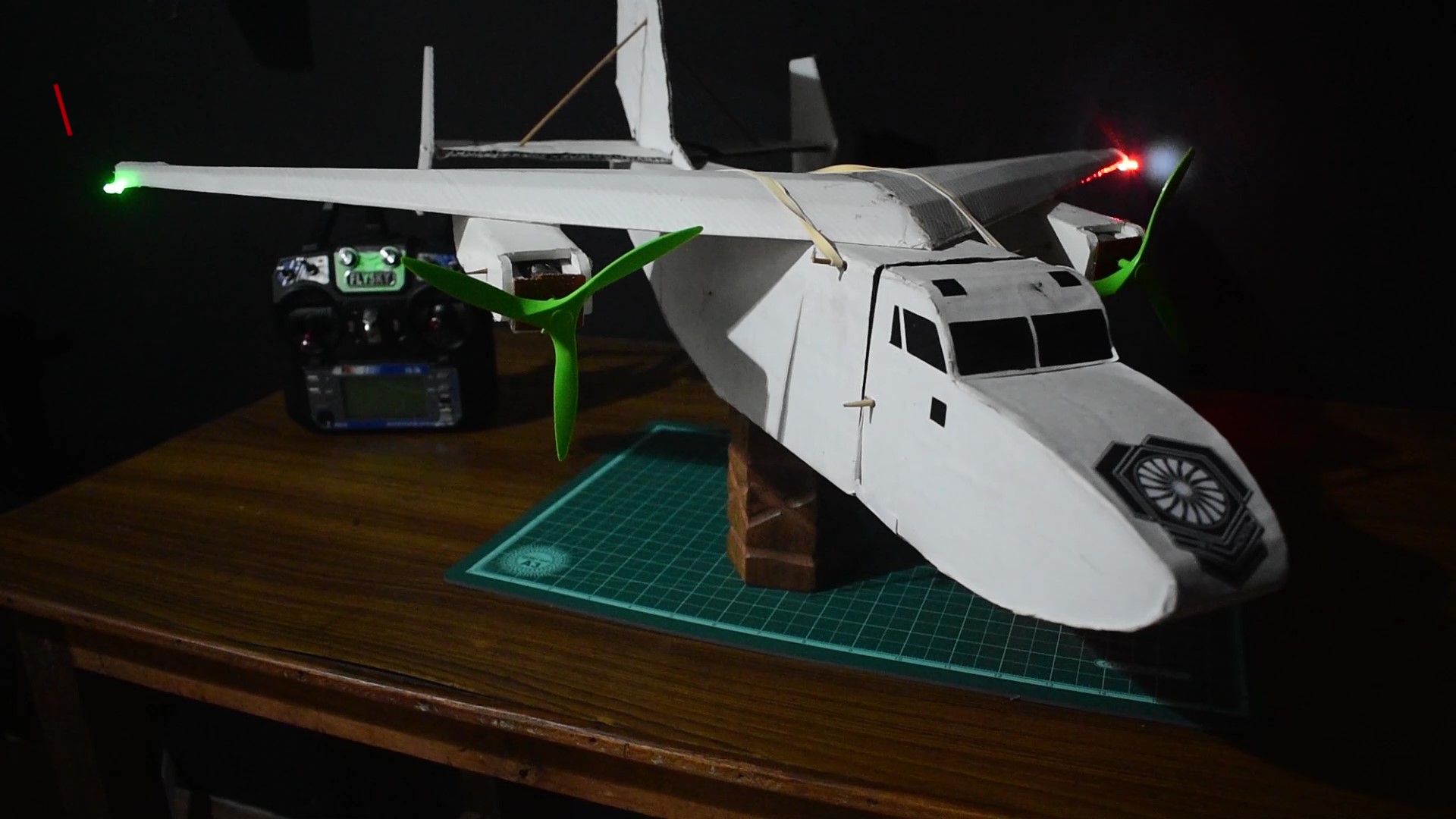 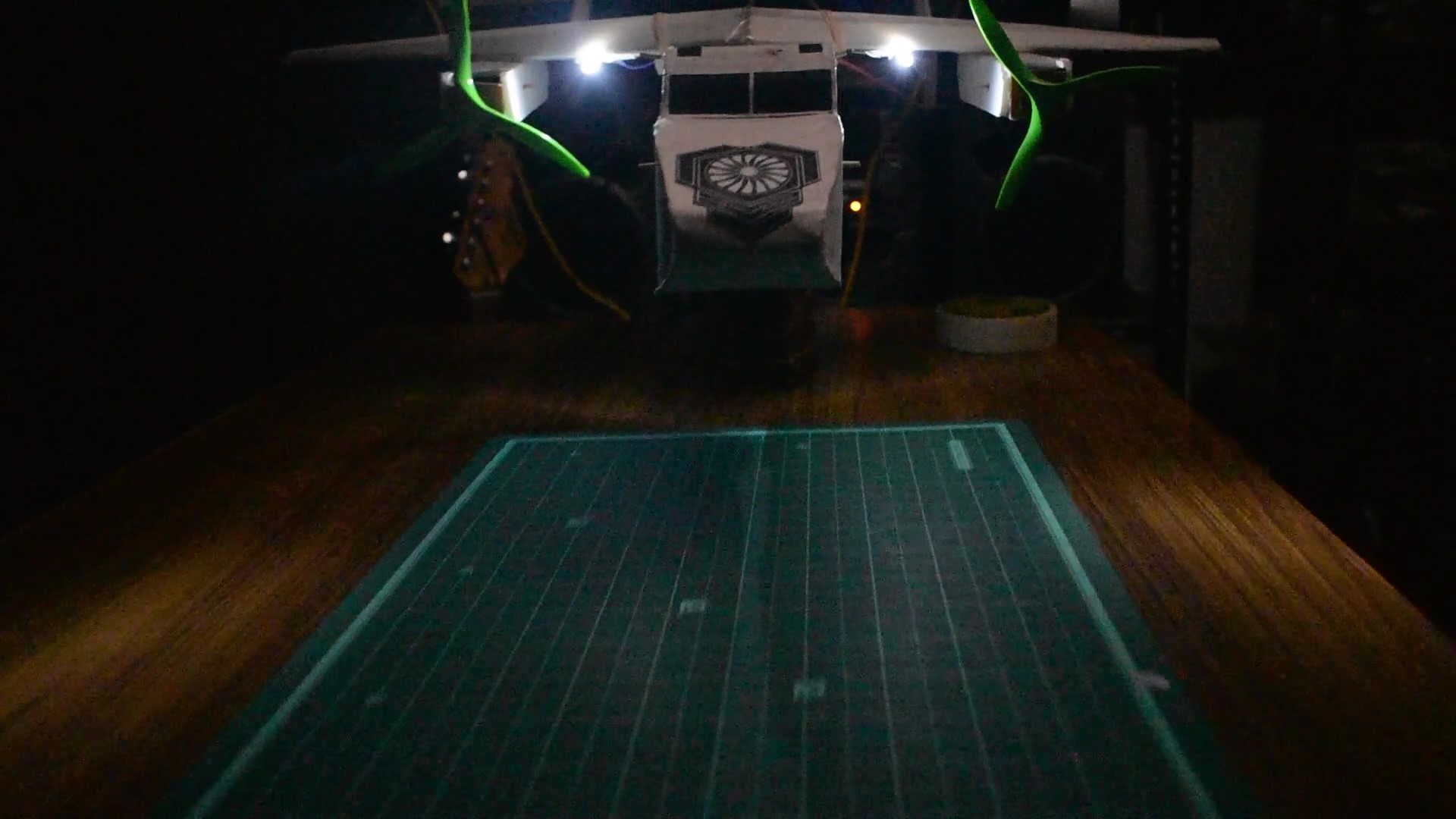 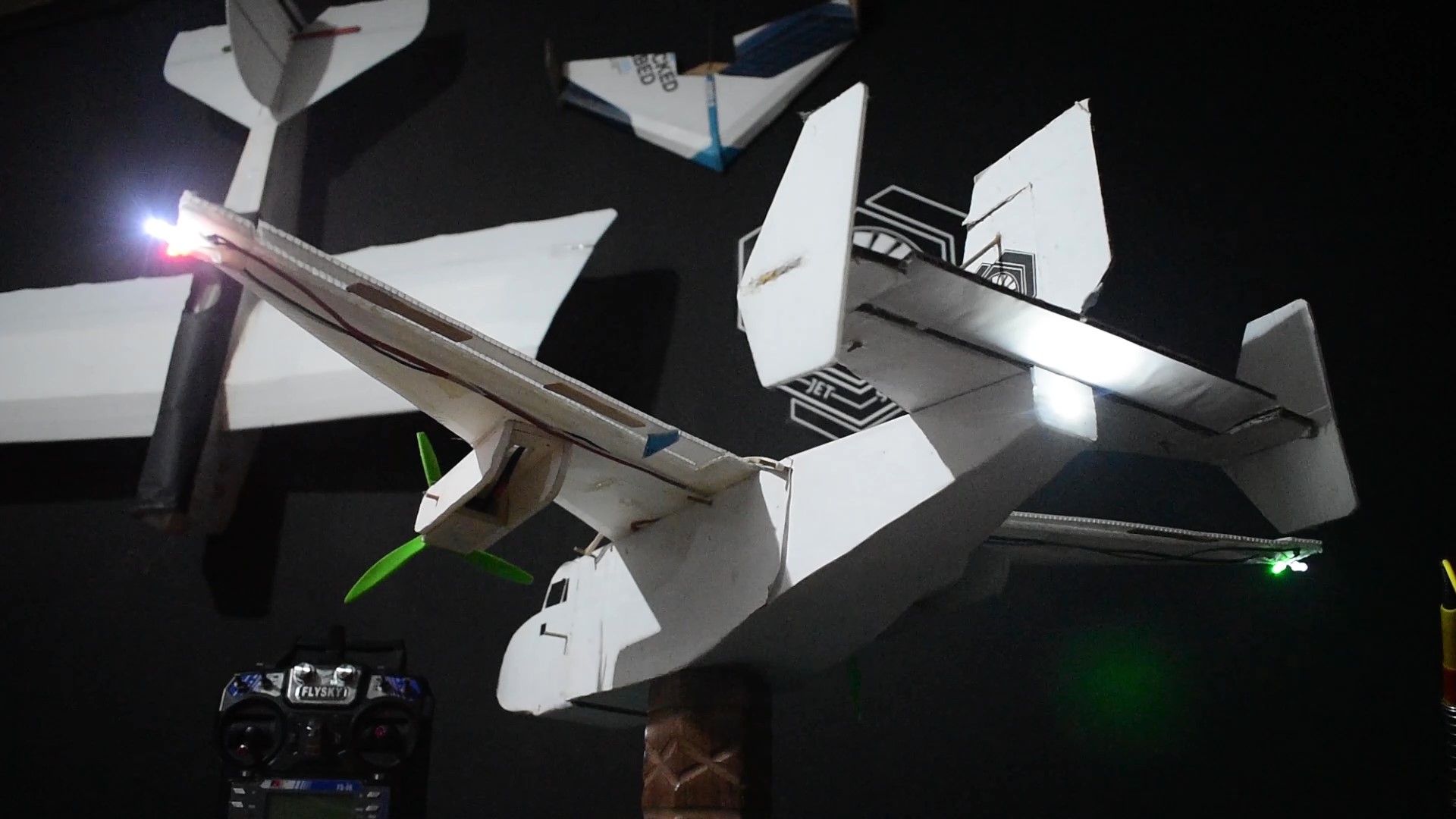 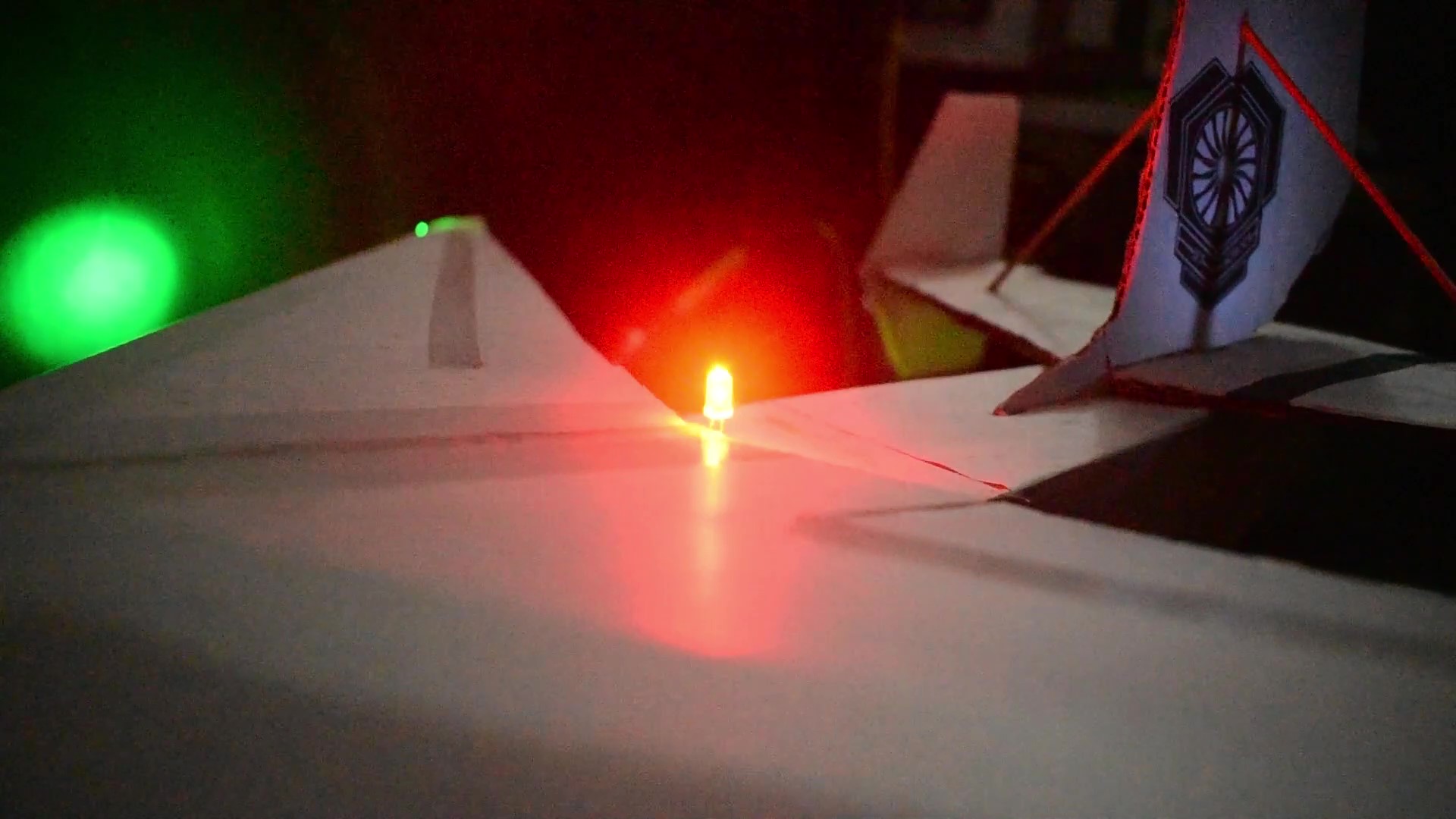 So that is the basic navigation light system on an airplane, the number of lights may vary depending on the size and type of aircraft.

1.So the first thing your going to need is a set of resistors the reason I recommend a set and not specific     resistor values is that you will have the ability to test the circuit with different values or resistance and set the circuit according to your liking,I'll be discussing how to do that in later parts of the article. 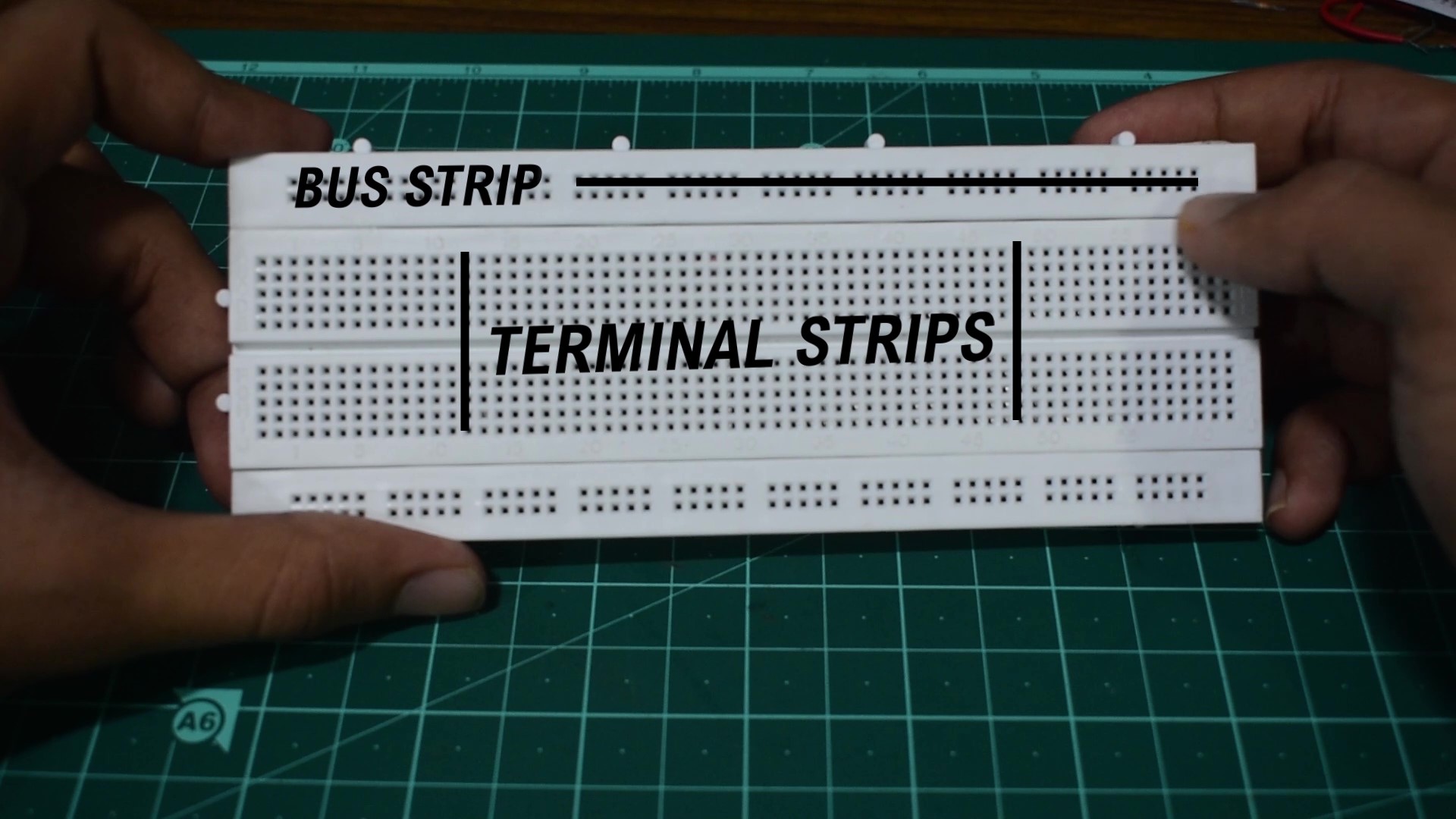 Since the circuit is based around the IC lets first connect the 555 timer IC ,insert it into the breadboard in away in which the small notch is facing towards your left.This is an 8 pin circuit in which the pins are numbered  1-8 from the bottom,in which pin no: 1 is your ground while pin no:8 is your Vcc or voltage input. That's pretty much all you need to know about this IC for this circuit, if you wish to learn all the pins, you can get a lot of pin diagrams on google. 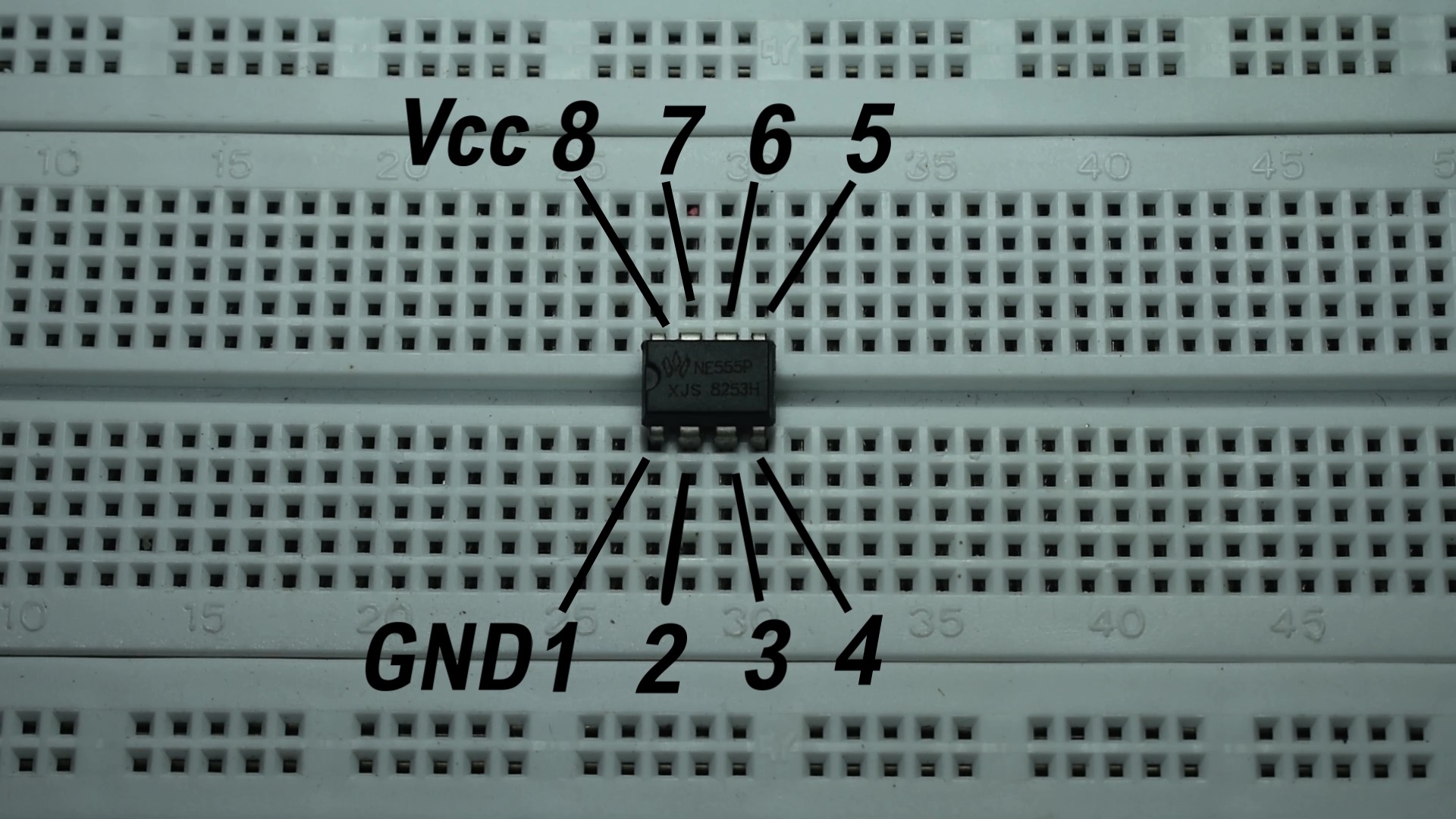 Now we're gonna make a series of connections between the IC pins:

1.First use a wire to connect pin no: 1 ,ie ground to the bus terminal. 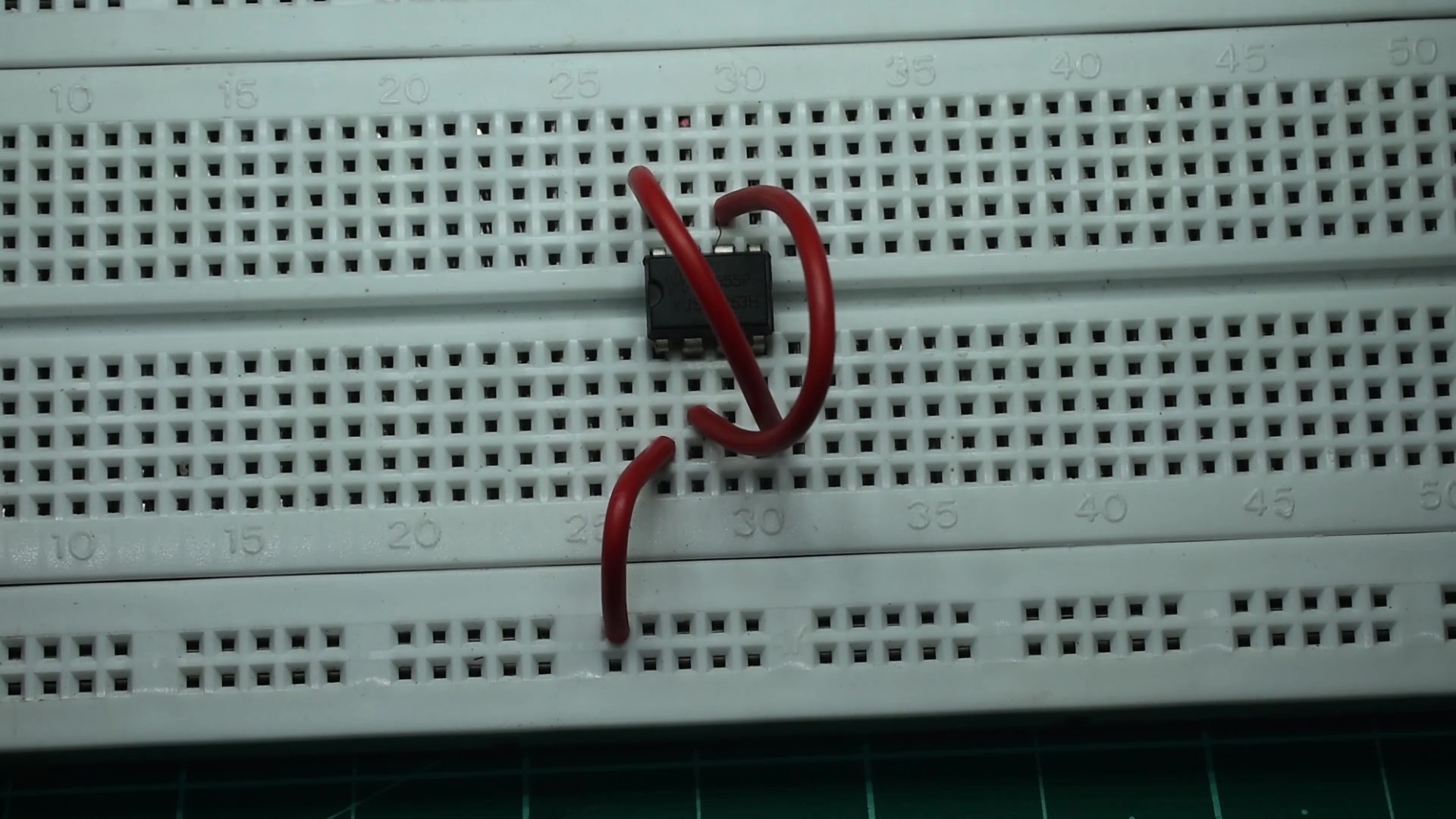 Connections between the IC pins

The first component is a diode,in this circuit the diode prevents the IC from blowing up,when reverse polarized,meaning when the battery is connected incorrectly.The diode does this by acting as a open switch during reverse polarization.

4. So connect the cathode signified by a white strip to pin no: 8 while the anode goes to the bus strip.

5 .Then take your 10uF capacitor and connect the positive terminal to pin no:2,and the negative to the bus strip.

The next components are the resistors,these resistors are determine the LED characteristics ,I'll go in depth about that after we connect the circuit.

8 .Finally connect resistor R3, 100E resistance to pin no:3 and to another column in the terminal strip 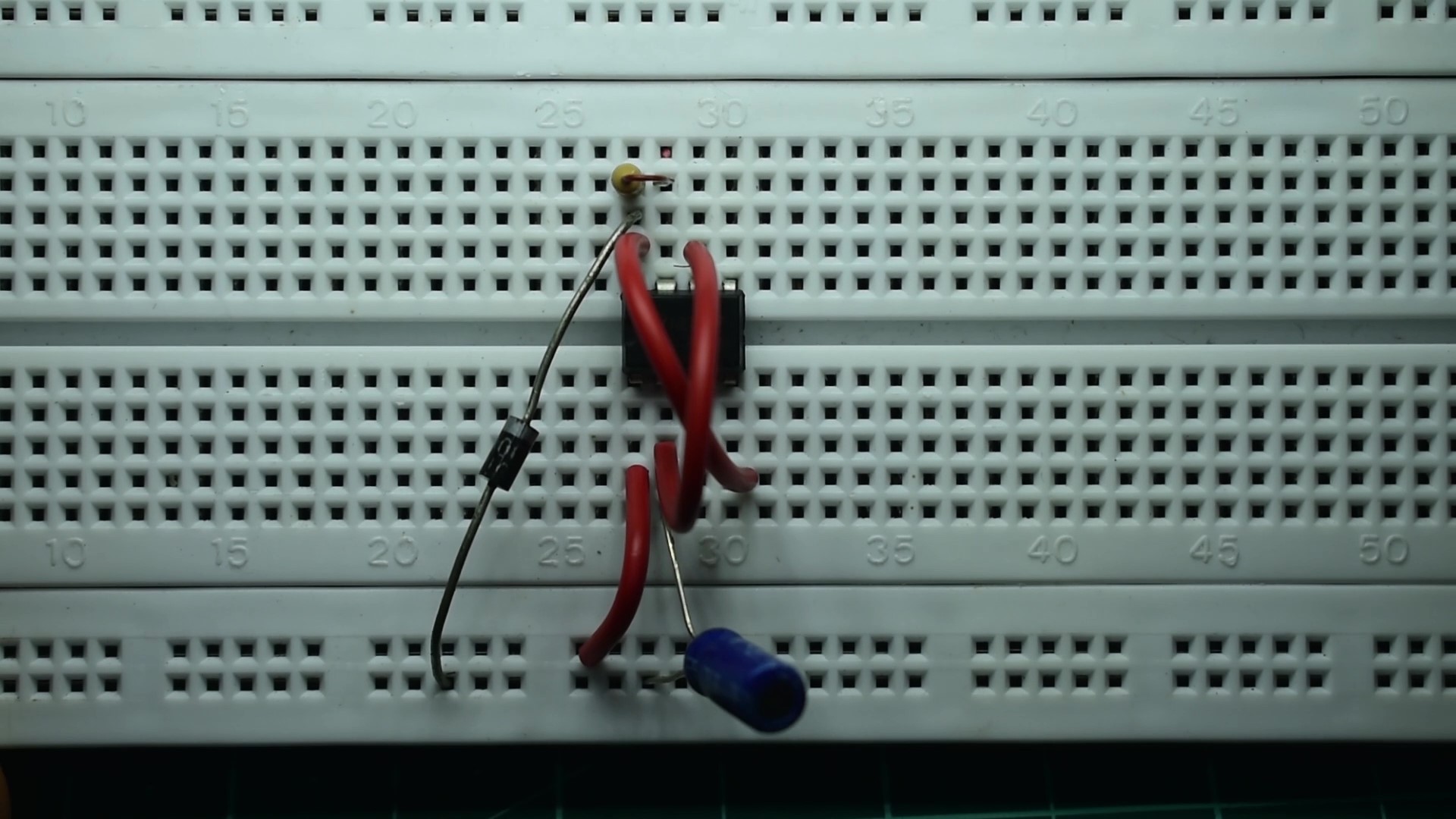 9. Next connect the positive terminal of the LED to the bus strip, while the negative goes to the other end of resistor R3. 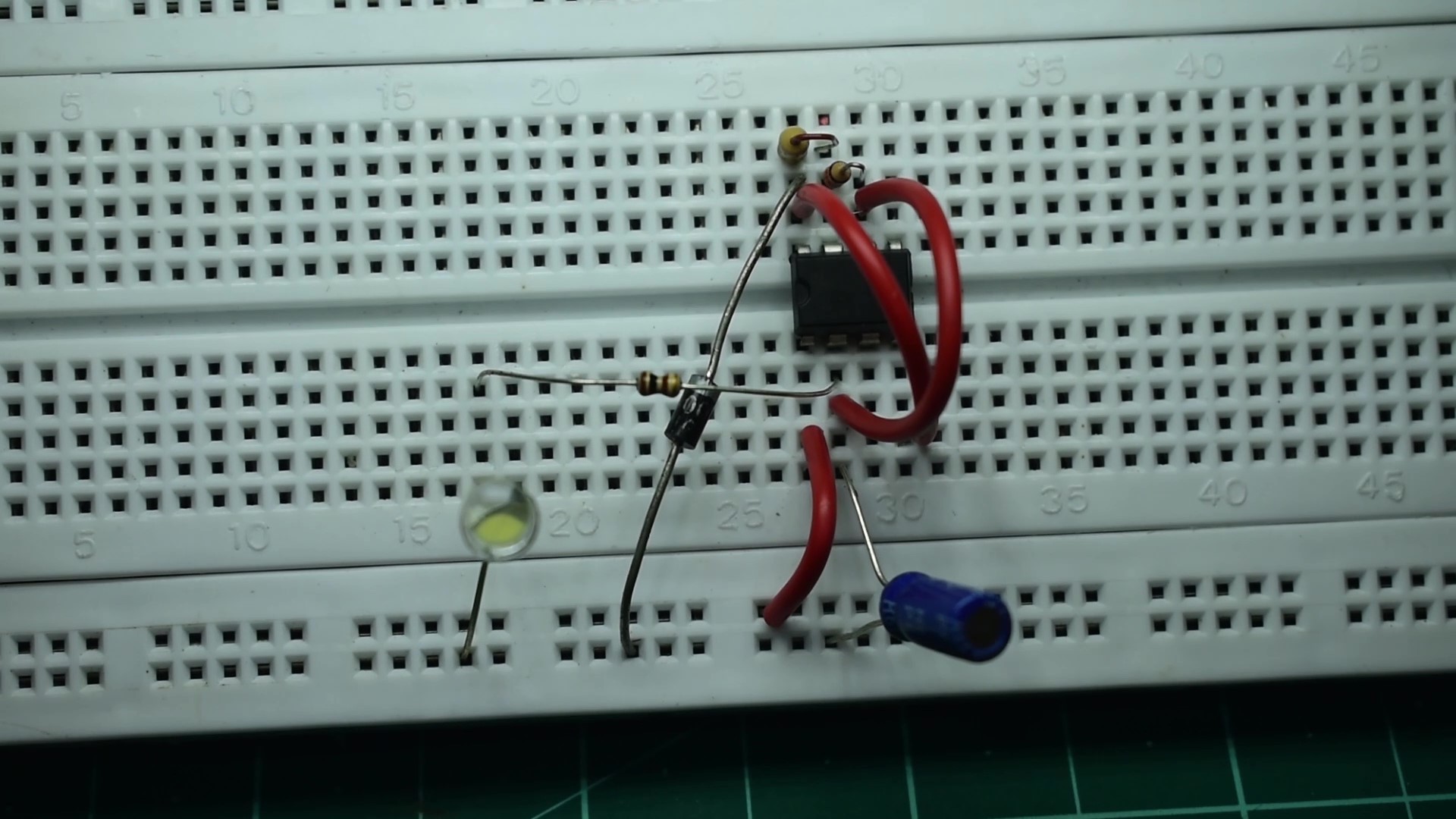 10.  Now take another 100E resistor and connect it to pin no: 1 and to the terminal strip then connect another LED just like before and Wala both the strobe light and the constant light work perfectly. 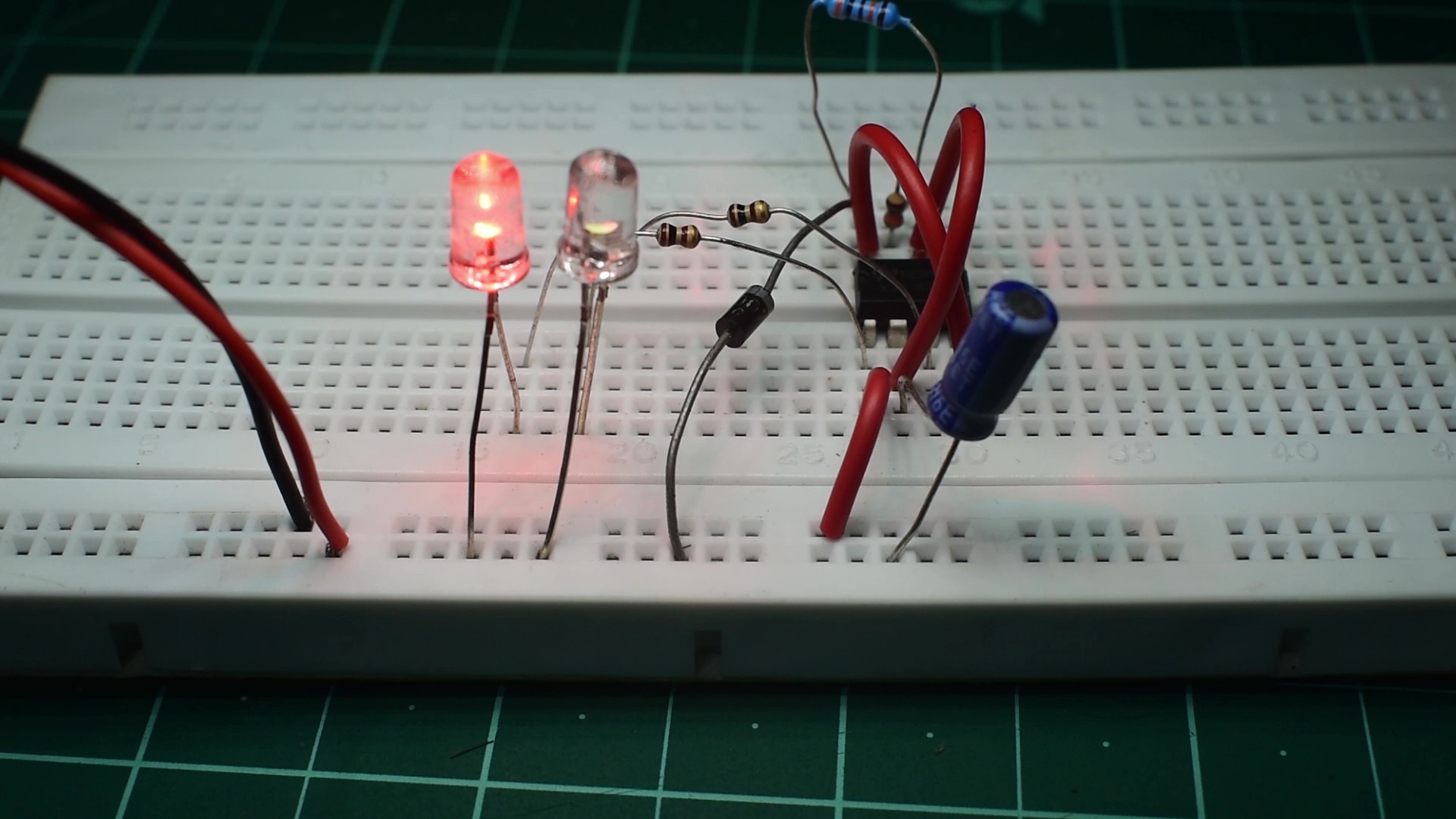 this is just my preference, you can change it according to how you like. 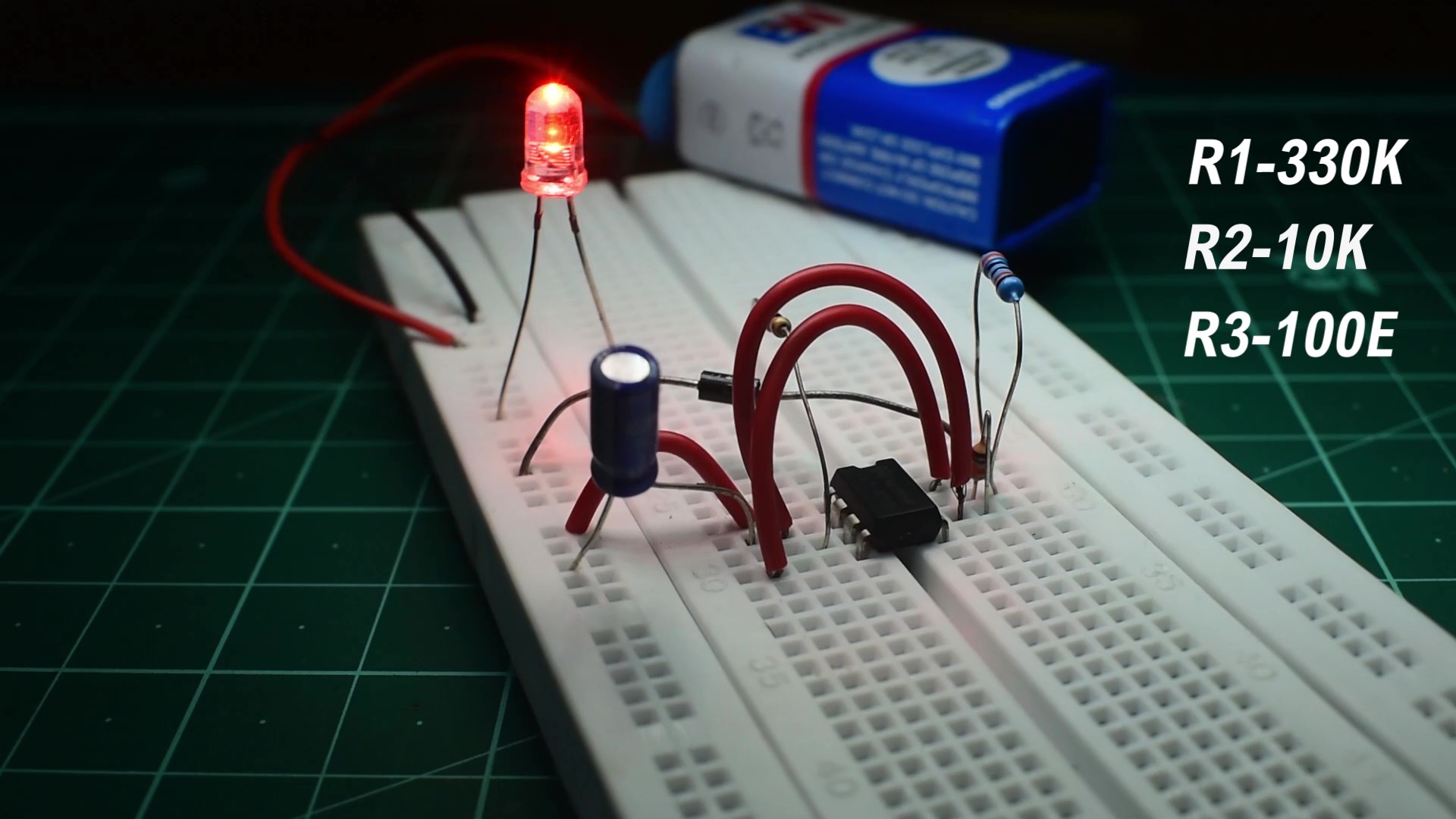 So that's the end of Phase-I,where we learned what airplane nav lights signified and made a circuit prototype.

This circuit design is meant to be as simple as possible and it does have its incapabilities, for example it cannot imitate the timing between the red strobe light on the fuselage to the white strobe lights on the wings ,as these flash when the other turns off and I think requires a second ic as the timing is opposite to that of the existing strobe light, so if possible I plan on making a improved version, which is more compact, has all the typical nav lights and is more stable in terms of voltage. Hope you guys enjoyed this writeup, also stay tuned for Phase-II were we take this circuit and solder it onto PCB, so that it will be compact and light enough to be installed on an rc airplane. 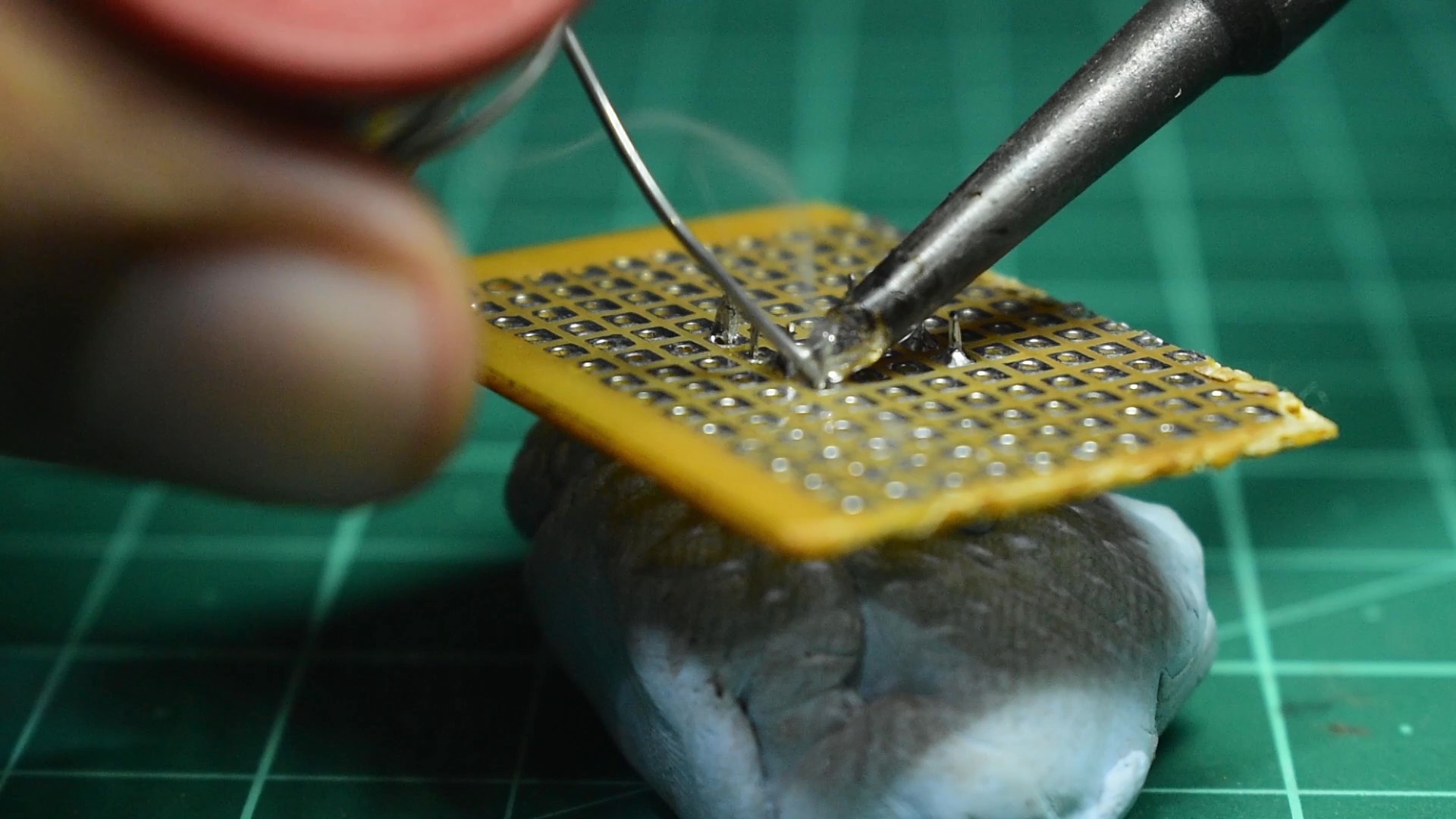 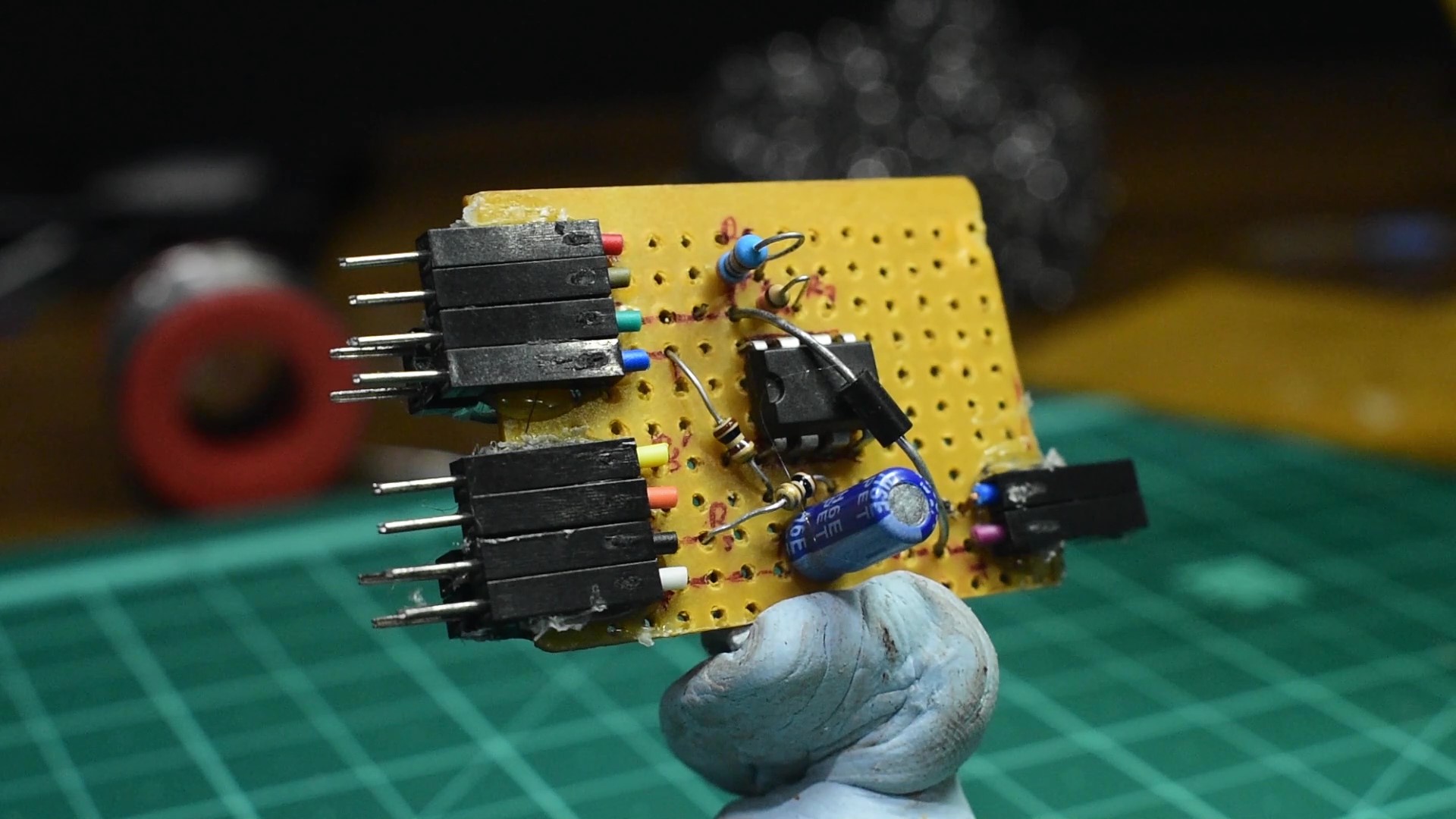 Thank you for reading my write-up,Hope this was helpful! 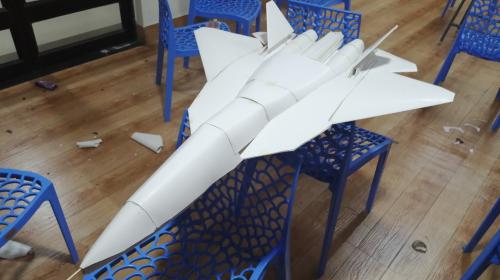 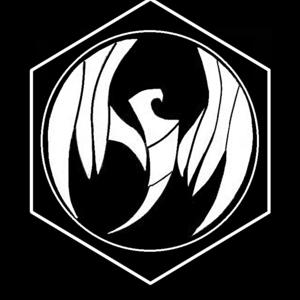