If you’re new to the hobby, you may be unfamiliar with this term - so here's what it means:
Wing loading is the total weight of an airplane divided by the area of its wings. As you might imagine, wing loading is therefore important for determining an airplane’s flying characteristics. We’ll go into this in a moment. 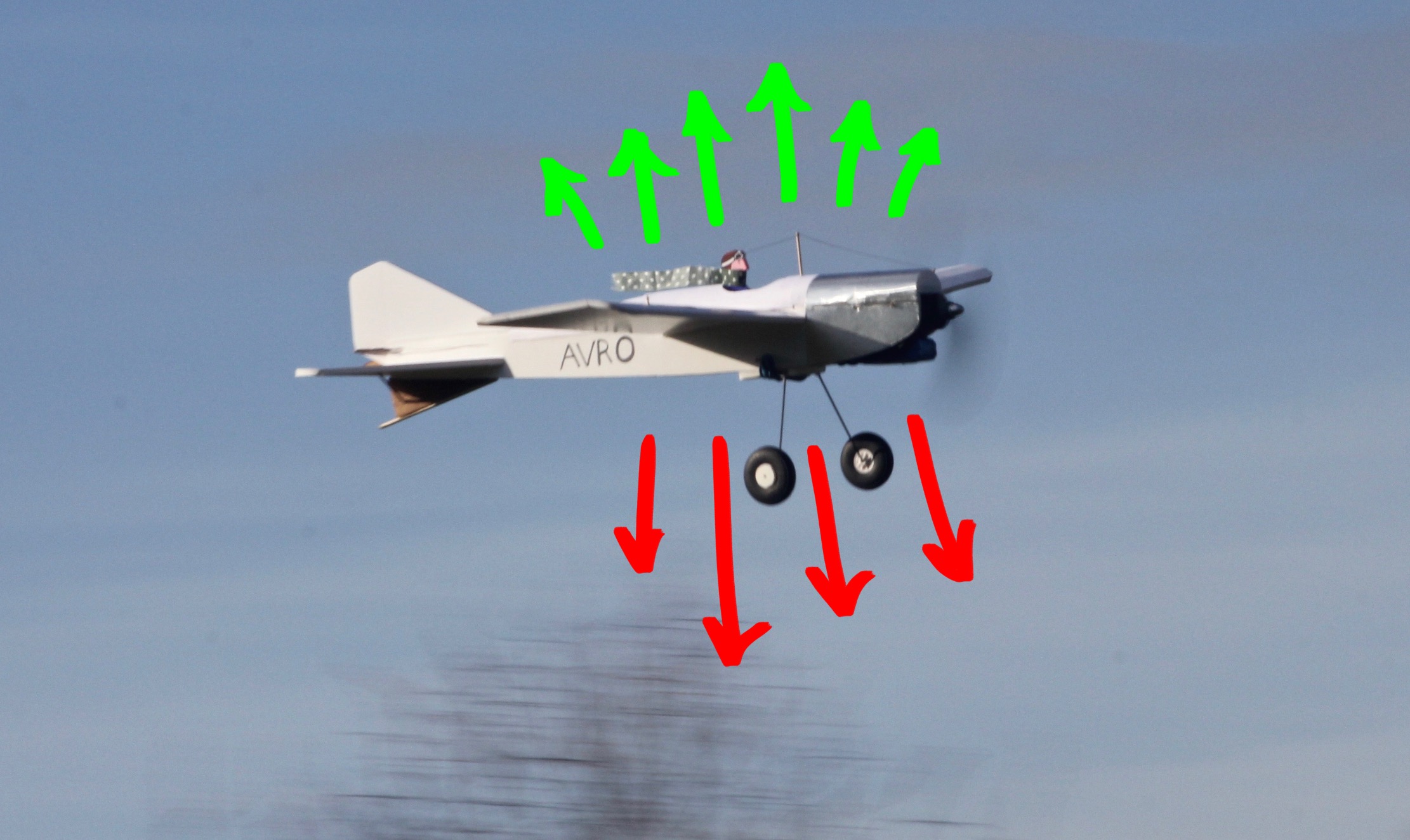 One easy way to think about wing loading is to imagine the relationship between lift and weight as a balancing act; the faster an aircraft flies, the more lift the wings create. This means that faster aircraft can get away with having higher wing loadings than slower aircraft. 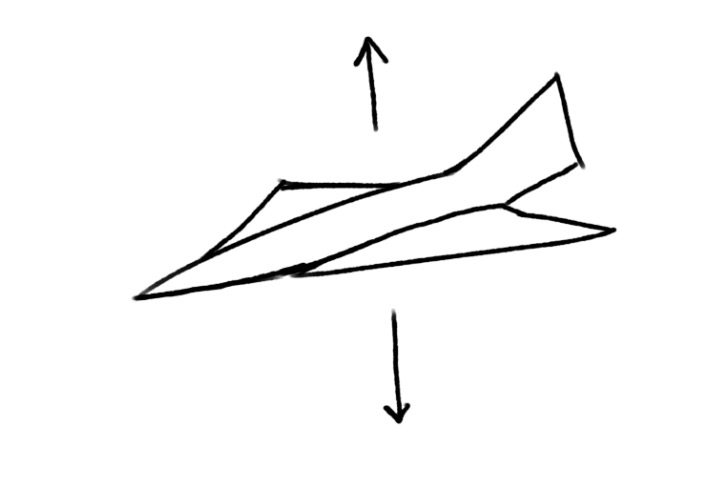 An F-104 Starfighter flies extremely fast and can, therefore, have very small wings. 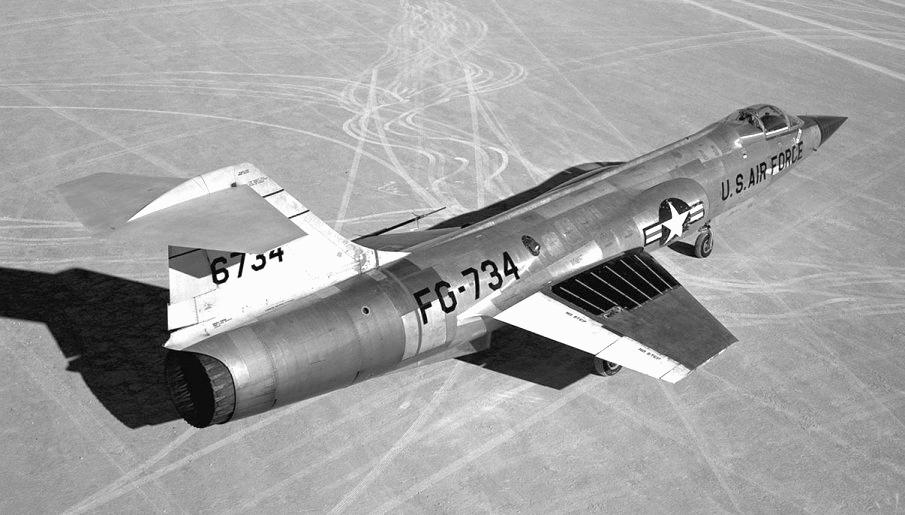 The wing loading of a human with two wings strapped to their arms is far too great to sustain flight. If the human weighed less, perhaps if they were on a planet with less gravity but the same atmosphere as Earth, they might have a 'less-than-critical' wing loading that would be capable of flight. 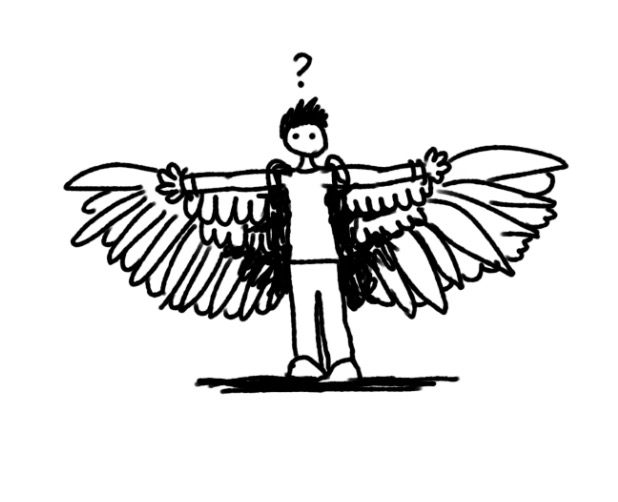 Effect on stall speeds and stability

It is very helpful to know your approximate wing loading when predicting stall speeds. Aircraft with large wing areas relative to their weight (low wing loading) will have lower stalling speeds. RC trainers are good examples of planes with beginner-friendly stall speeds thanks, in part, to their low wing loadings.

Read this article on stalls and how they work

The caveat to planes with large wing surfaces and low weights being generally easier to handle is that they aren’t usually as good in the wind. A small wing has less area on which the wind can push whereas a larger wing has more. Most foam board planes can be built with low wing loadings meaning they only stall at very low airspeeds - which is nice! 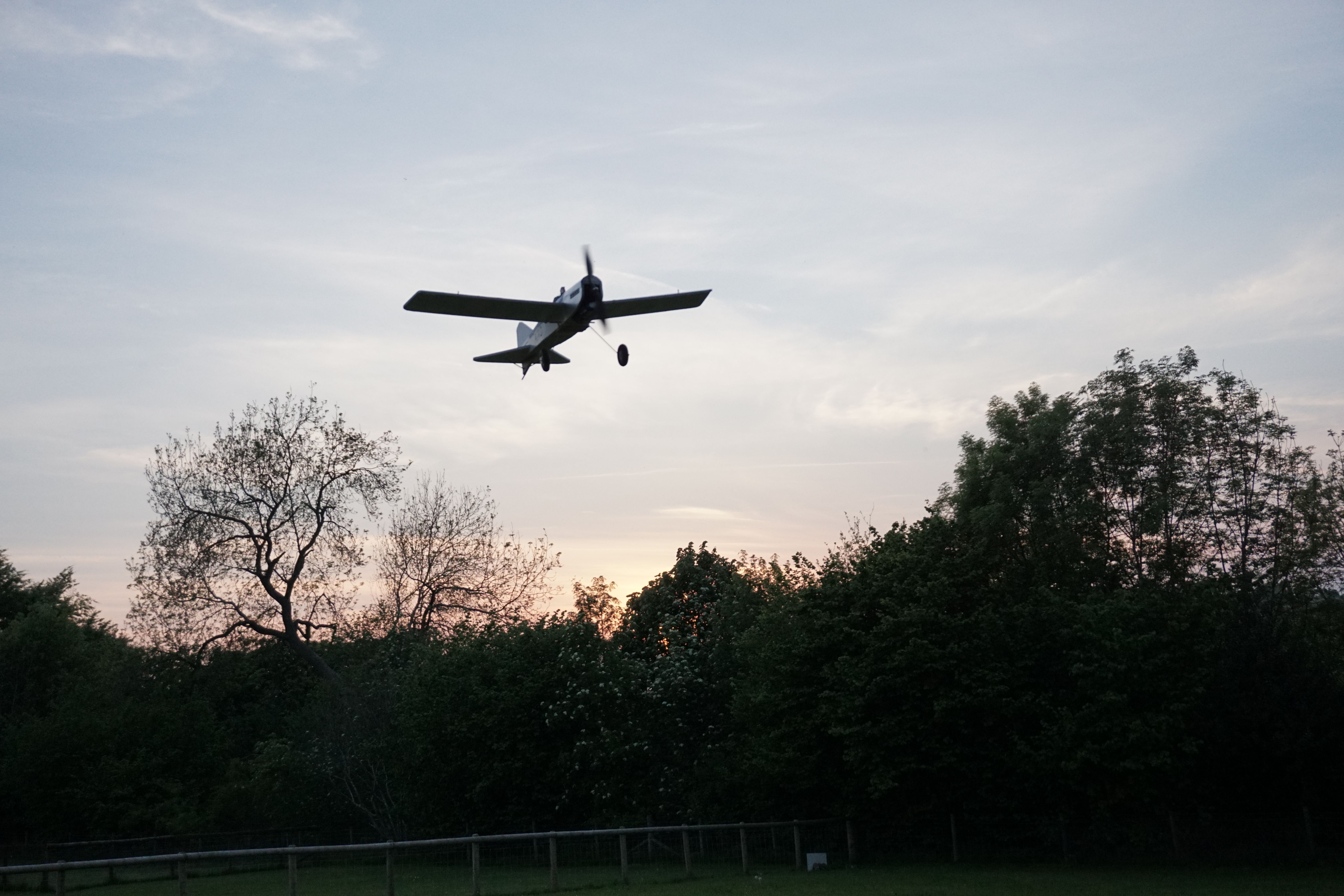 So how do you work out the wing loading of a particular model aircraft? Well, to start with, you’ll need to know the wing area and the weight of the model (ready to fly with a battery or fuel). Here’s an example:

Okay, now we have our data, we’ll want to convert each to the standard units used for measuring wing loading which is oz./ft2.

Hopefully that wasn’t too confusing.

So how do we put this information about wing loading into practice? Well, as Josh Bixler says, you have to start by thinking about the experience you want. Perhaps you want a plane that flies fast and can be flown in the wing - for this, you’ll probably want smaller wings whilst your all up weight (AUW) remains relatively high. This plane (below) is small and relatively heavy. This means it has to be flown fairly fast. 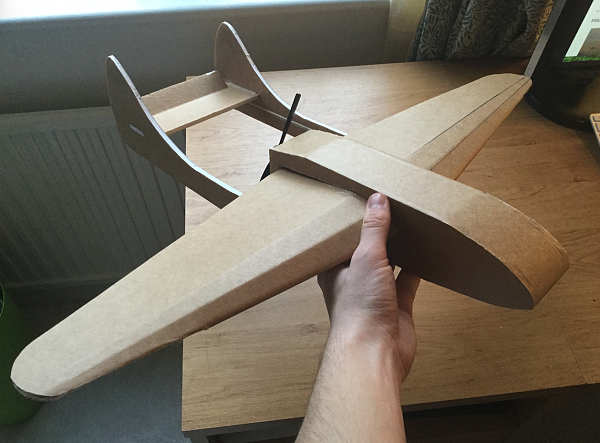 If you’re going for more of a trainer that has forgiving stall characteristics and can be flown very slowly, large wings and a low AUW would be preferable. This aircraft (below) is very lightweight and has a lot of lift from undercambered wings. 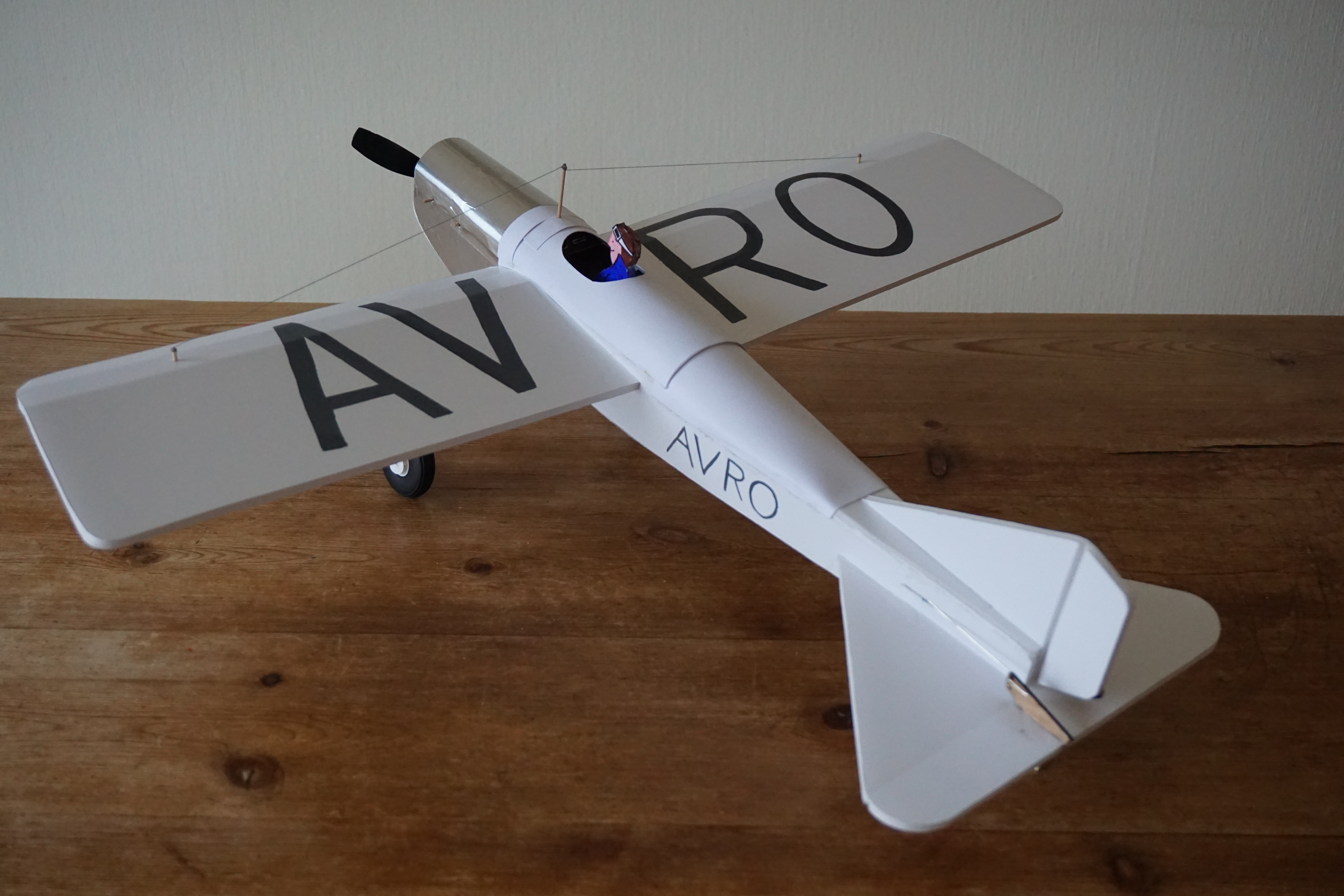 Really it’s all a balancing act, but knowing about wing loading when designing your own flying machines can be extremely important and help you have far more success.

Make sure you've listened to this podcast with Josh Bixler which explains how he goes about designing planes with aerodynamics in mind.

This plane (below) may look like it shouldn't fly slowly, what with its stubby wings, but it is extremely lightweight meaning that the wing loading still quite low. 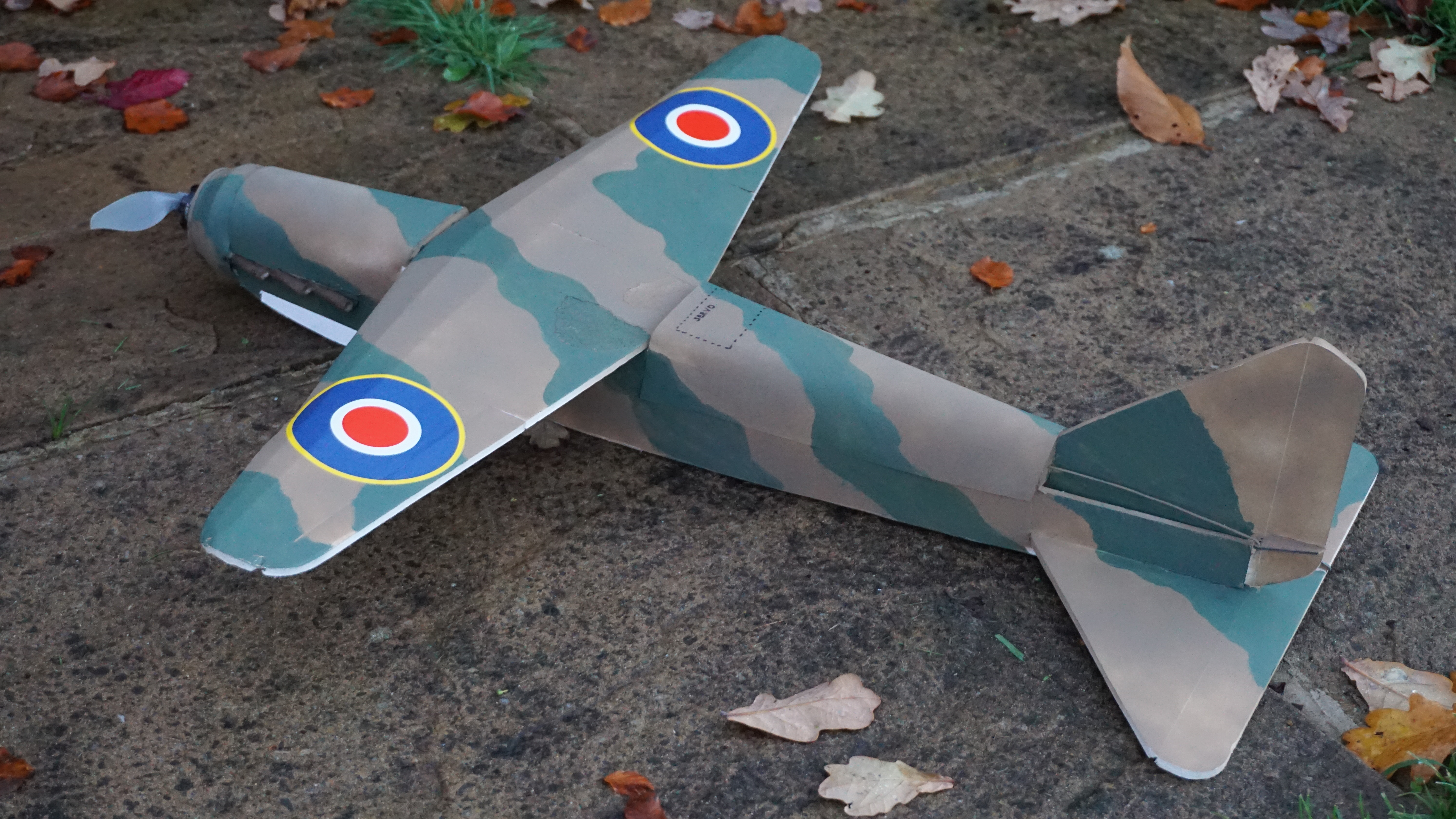 If you found this article helpful, remember to give it a like!

thenated0g on December 19, 2018
Personally i find cubic wing loading to be much more usefull as it tells you what your plane will fly like. You can have two planes with the same wing loading that fly totally different if at all but cubic wing loading tells you if it will fly like a glider or an edf jet.
Log In to reply
rgc213 on December 19, 2018
OK I figured a wing load for my plane, now what?
Is there a certain magic number that I am shooting for to keep the plane in the air?
Or is there another calculation, maybe something that includes flight speed, that needs to be done in order to determine whether or not my plane will fly good? (or at all)
A chart or something showing plane types (trainer, aerobatic, EDF, etc.) and their respective wind loads (maybe a range?) would be good for someone new to building their own planes.
Log In to reply