If you've watched our reviews of 3D Lab Print's monster Spitfire and P-38, you'll probably know that we're very impressed with where 3D printing is taking the RC hobby. Josh finally got to test fly another of their designs, the smaller P-47, and it did not disappoint.

If you haven't heard of 3D Lab Print before, they design models of real-life aircraft in CAD which can then be 3D printed by you at home. Their files include many famous warbirds like the Spitfire, BF-109 and even an EDF MiG 15.

You can print the aircraft in sections in whichever colour filament you'd like to use. You can also paint the aircraft, later on, to give it more of a scale appearance. In addition to this, you can add an extra file to your basket on the 3D Lab Print website to include retracts. 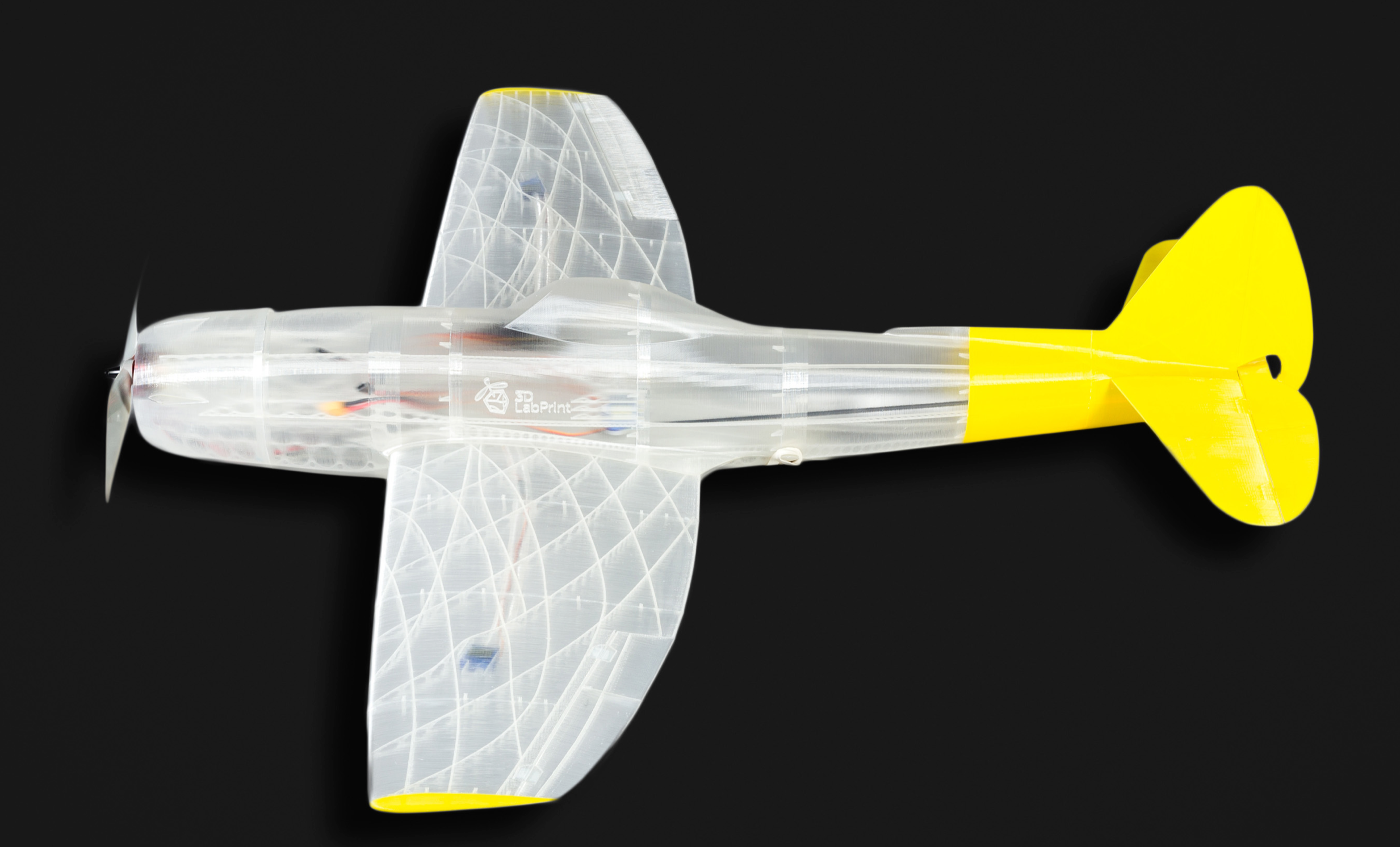 Each aircraft is intricately designed using spars and ribs inside the wings which provide a ton of strength while keeping the airframe as light as possible. Josh managed to fly the P-47 on a 3s LiPo battery which shows that you don't need an incredibly high spec power system installed to drag the airframe into the air - it flies, and glides, just like the real one.

You might expect a plane made almost entirely of plastic to be ungainly and overly heavy, but that just simply isn't the case. This P-47 handled the wind like a champ and was manoeuvrable enough to pull off some impressive aerobatics in the confines of the current Flite Test airfield. 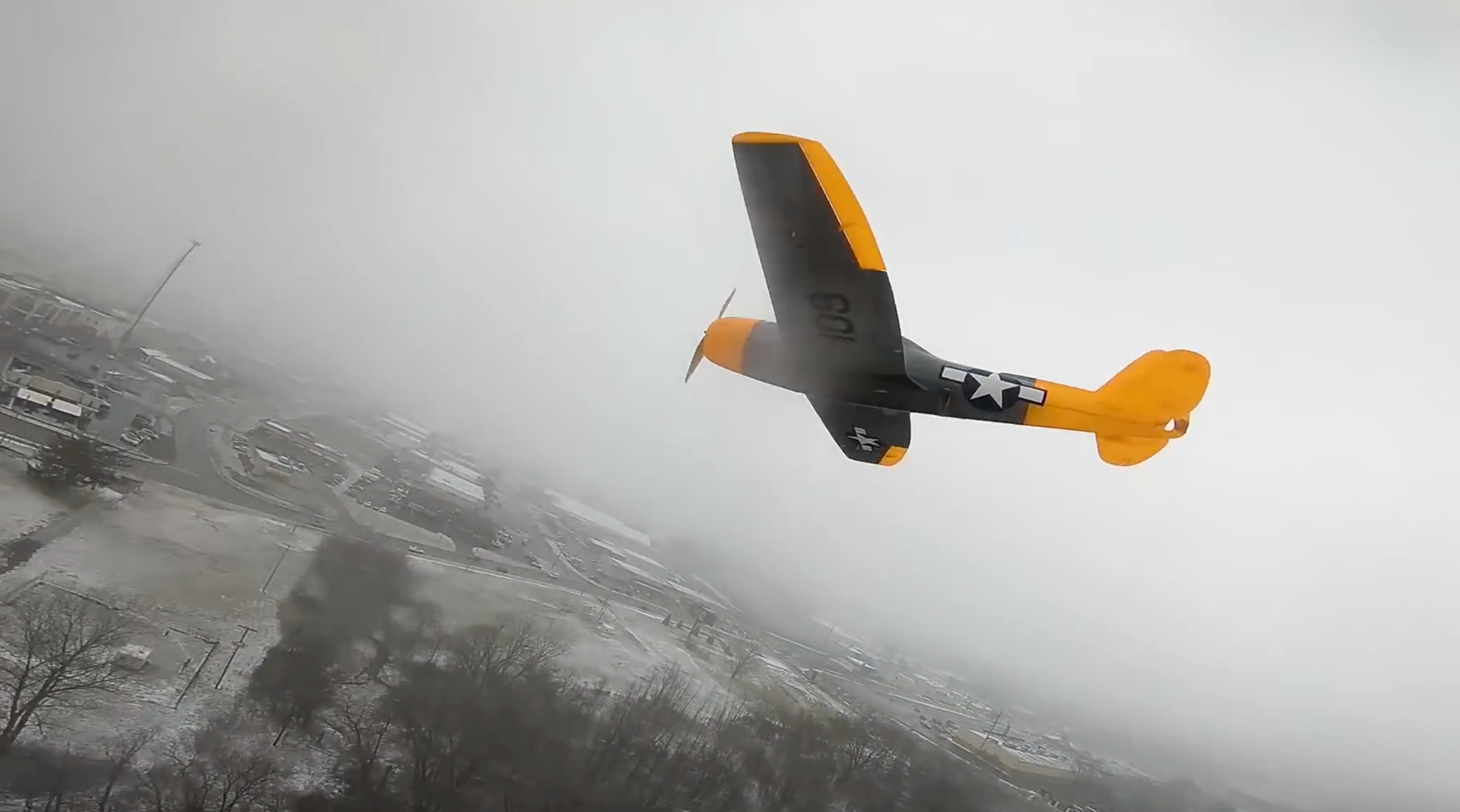 An inverted-low-pass was no problem! Although, it did get the blood pumping. 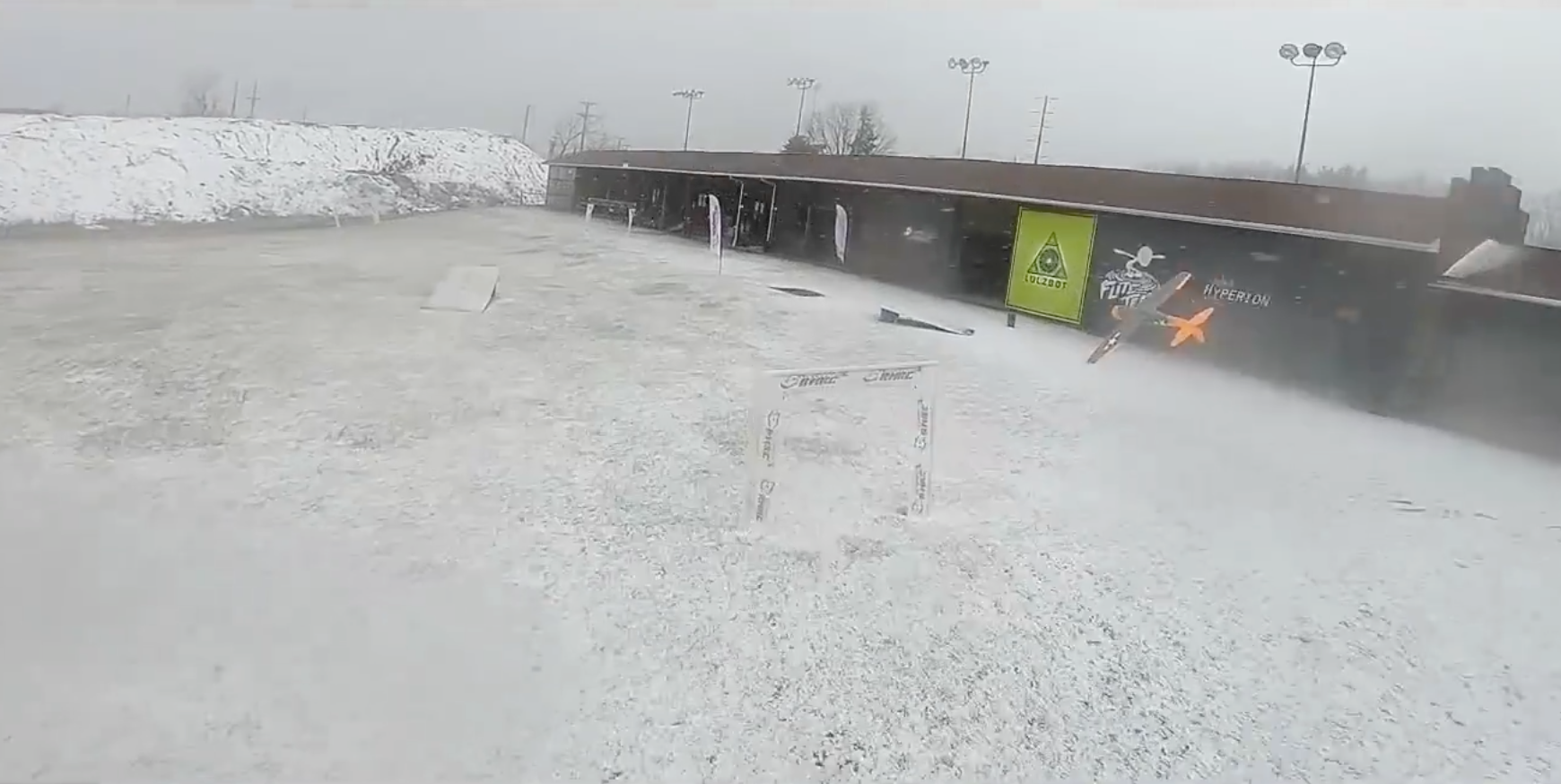 Strapping a small action cam to the tail of the warbird gave a true movie-like perspective of the 3D printed plane as it ripped through the stormy sky. With it's plastic construction, waterproofing is not a problem. 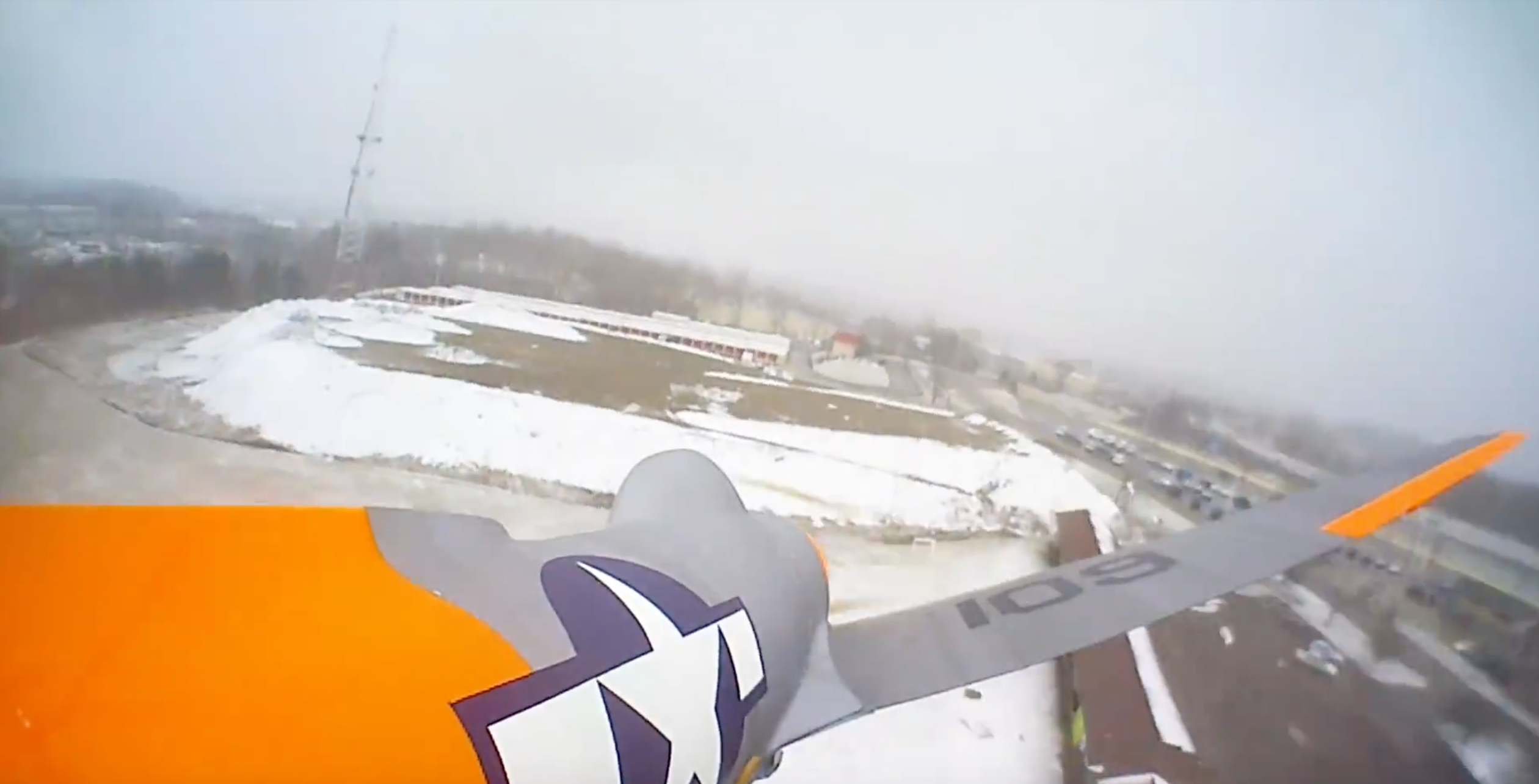 Thankfully, there was no crash or heavy landing resulting from flying during less than ideal conditions. If the plane had sustained some damage, however, the repair team could have easily produced some replacement sections of the aircraft and got it flying again without much of a problem. Thanks to our sponsors, Lulzbot, all you'd have to do is identify which sections need to be replaced, print out the right files, stick them together and get flying again. Simple! 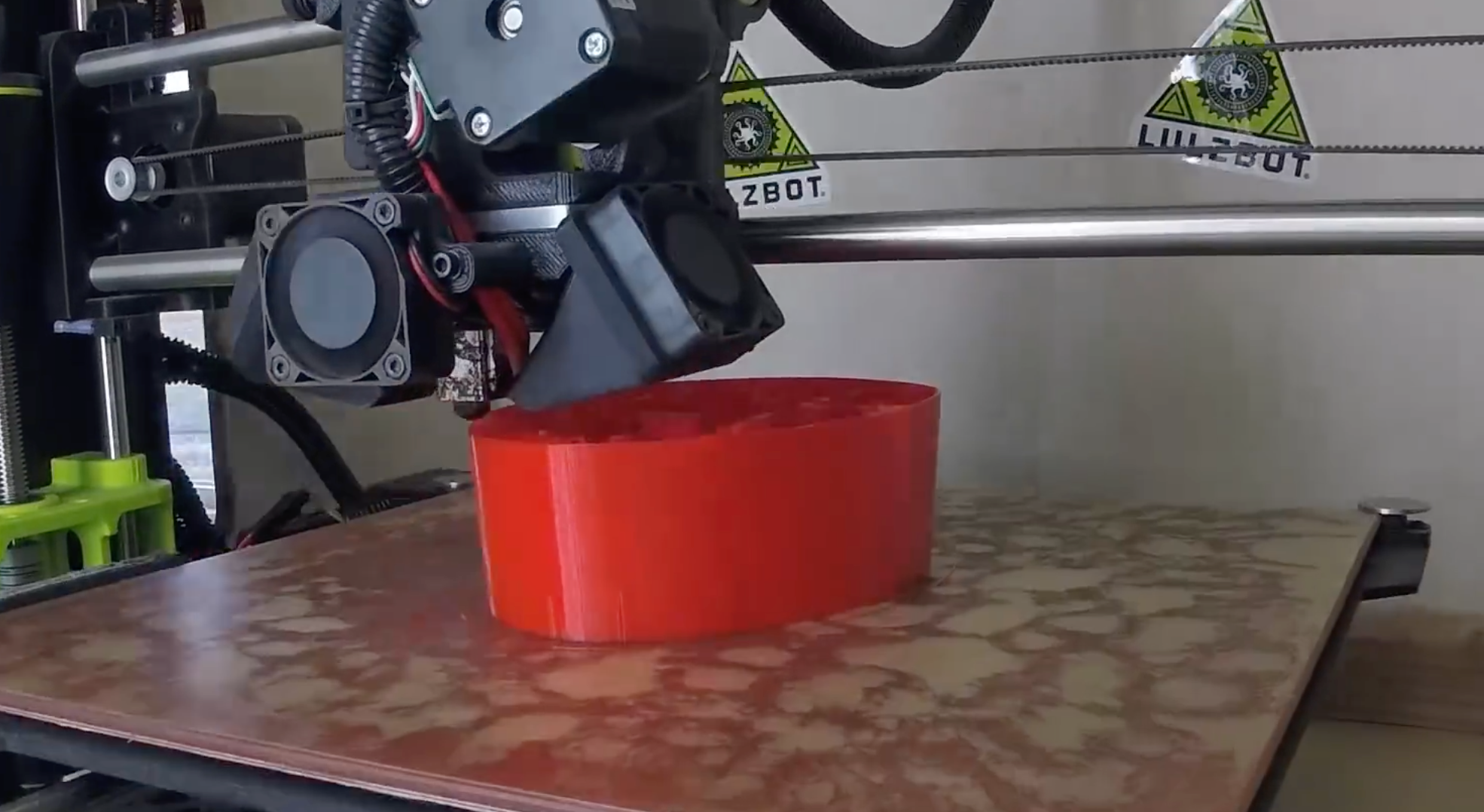 If you haven't already, head on over to the 3D Lab Print website to check out which aircraft they provide. If you have a 3D printer already, you can test print a free section of most of the planes on the site to get a feel for what it would be like to print an entire aircraft!

You can look forward to many more 3D printed projects in the future from us. It could be as simple as printing detail parts for our foam board DIY aircraft on the FT store, or it may be checking out other entirely 3D printed aircraft designs. Exciting times folks!

Getting started with 3D Printing (article) 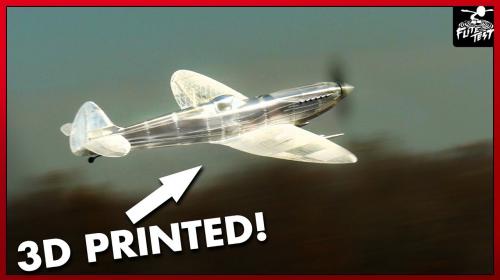 AeroErgo on March 15, 2018
Ohh, just in time guys!, yesterday i get the same plane as a gift, sadly i broke the wing in three pieces. Soon will be airworthy, just i wonder, WHICH POWER SET (esc-motor-prop) did you use for it? and also, how much it weight?, Thanks for the video guys! you read my mind with it!