3D printing opens up a world of new possibilities for the RC hobby but it's a bit daunting to jump into. After all, 3D printers cost quite a lot of money. As the editor of flitetest.com, I like to bring you helpful and informative guides from time to time, so, in that tradition, I decided to write you an article based on my personal experience with getting started with 3D printing. How hard can it be? 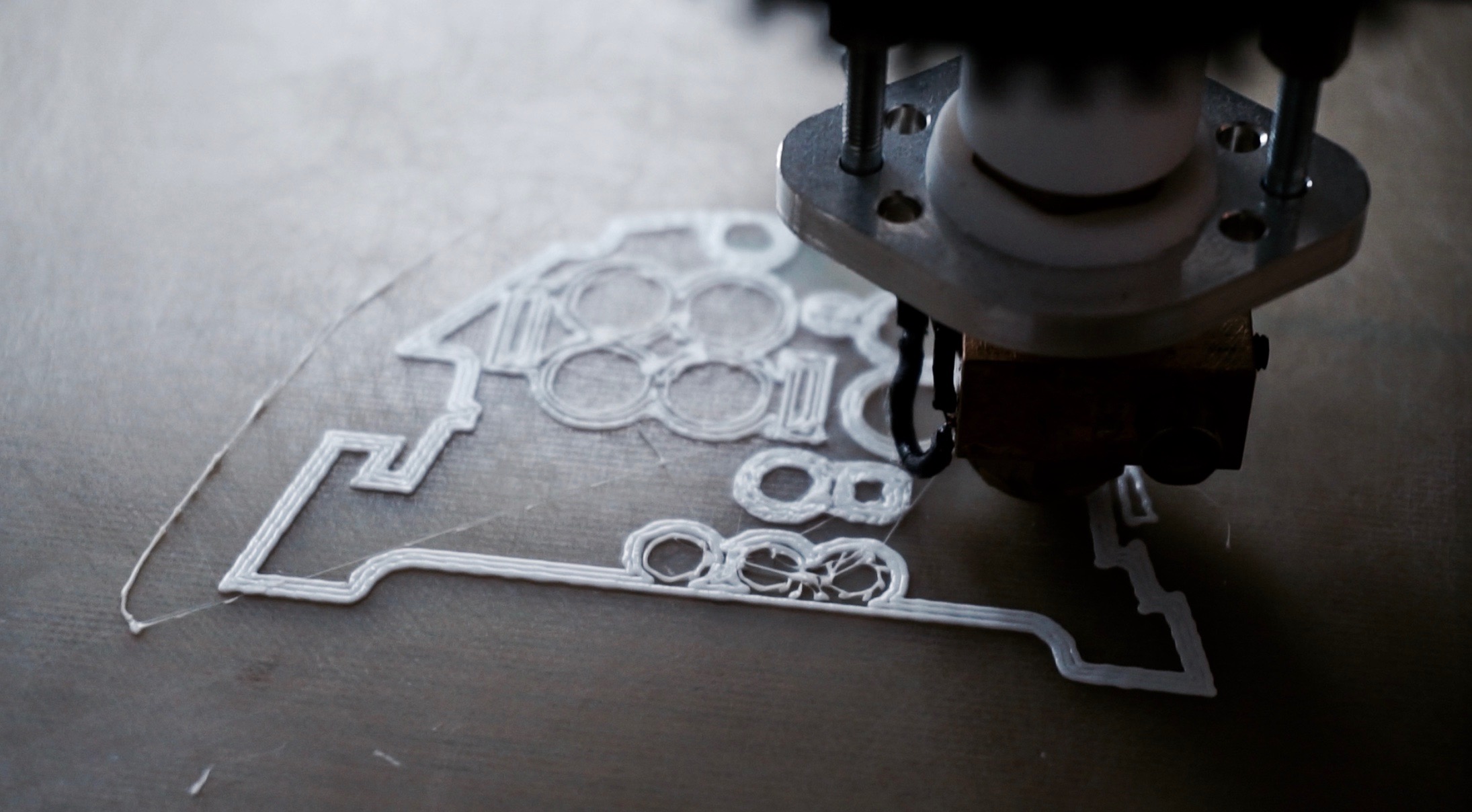 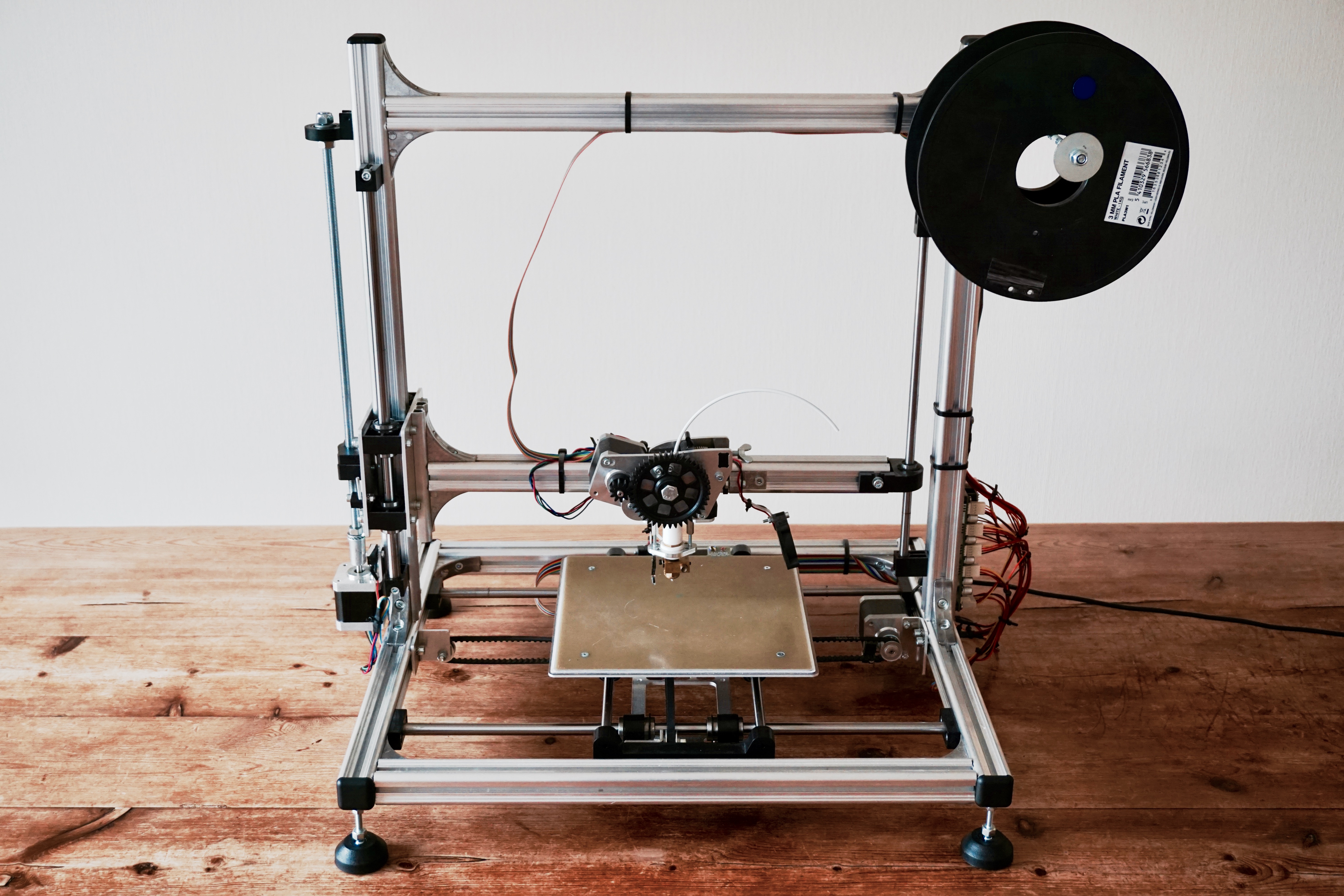 It's not a Makerbot or Formlabs printer by any means, but it also doesn't cost several thousand dollars. For this reason, this Velleman printer was a good option for me as a maker who didn't want to break the bank. If you wanted to eliminate much of the hassle of building and tweaking a printer of your own, maybe it's best if you go the pre-built route with a 3D printer from, say, Lulzbot (who are one of our awesome sponsors here at Flite Test). 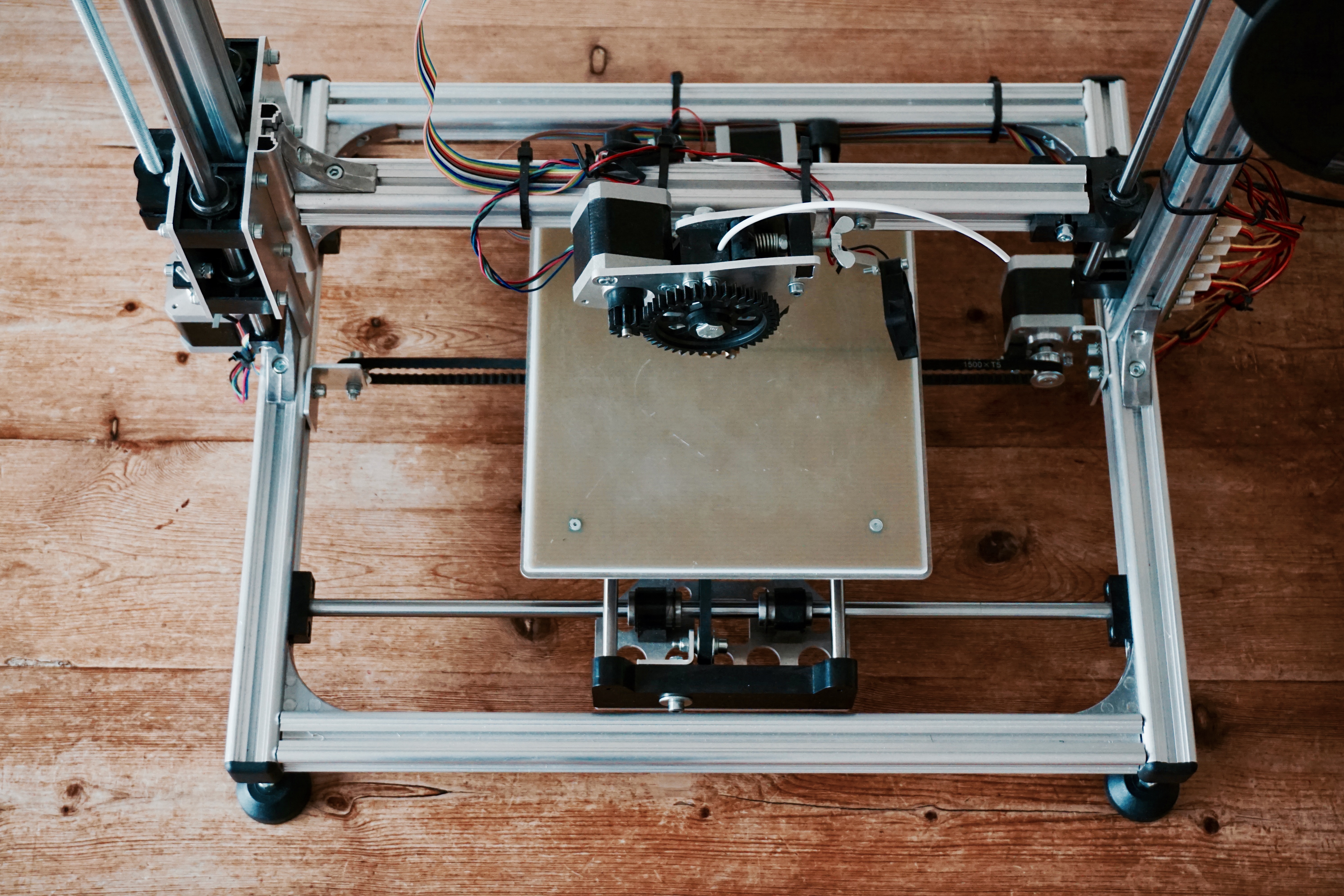 The printer came shipped in fairly large and very, very heavy box. Inside were a huge number of parts. Most were in separate bags apart from the large pieces such as the rails which make up the metal frame. The control board and other intricate components like the extruder and sensors were in smaller boxes. If you'd like to see a video of someone else putting one of these printers together, check out this YouTube video. 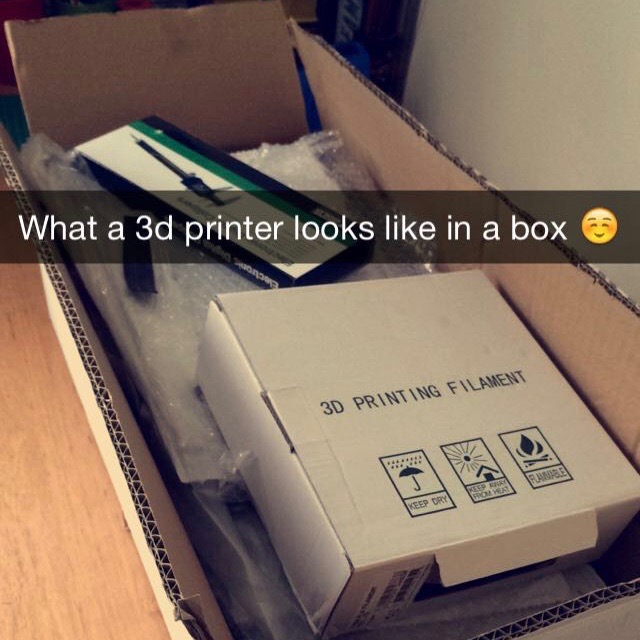 Starting the build, I followed a helpful guide on the Velleman which instructed how to put the parts together. All of the bags and boxes containing the components were numbered which helped enormously. However, shortly into the build, for some strange reason, the printer kit omitted a bag number 6. After much frustration and searching, I went out and purchased some replacement bolts from a local store so that I could get straight on with the build. What came next was a massive facepalm moment... It turned out that there was, in fact, a number 6 bag, I just had it upside down (I can't believe I'm admitting that). To be fair, Velleman didn't help by omitting a number 9 bag. I mean, they could have made it clearer. 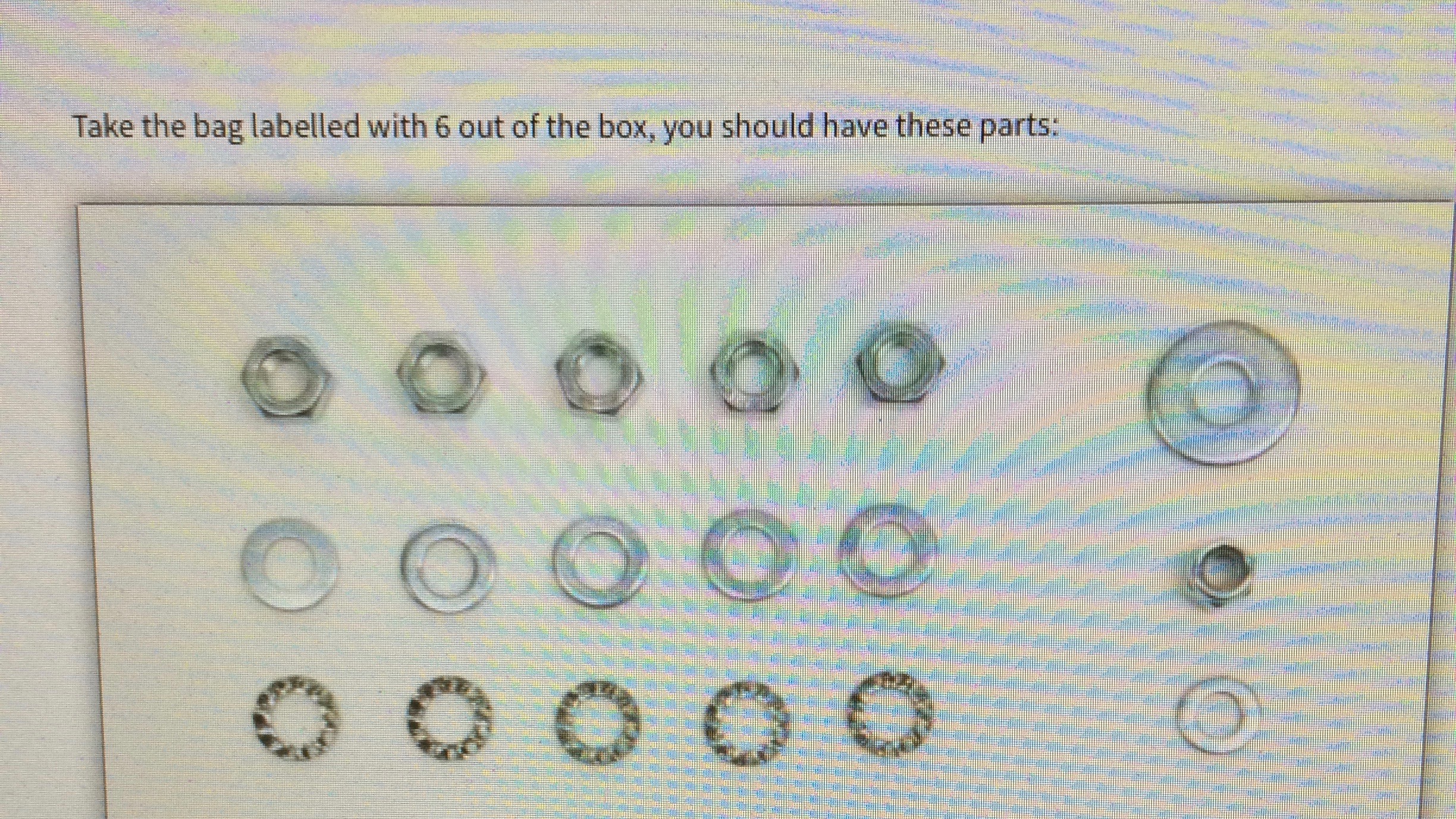 The rest of the build went smoothly. The frame was slowly bolted together, runners fixed in place and motors installed. After about 2-3 days work, I had a full printer wired up and ready for configuration, but the tricky bit was just about to get started. 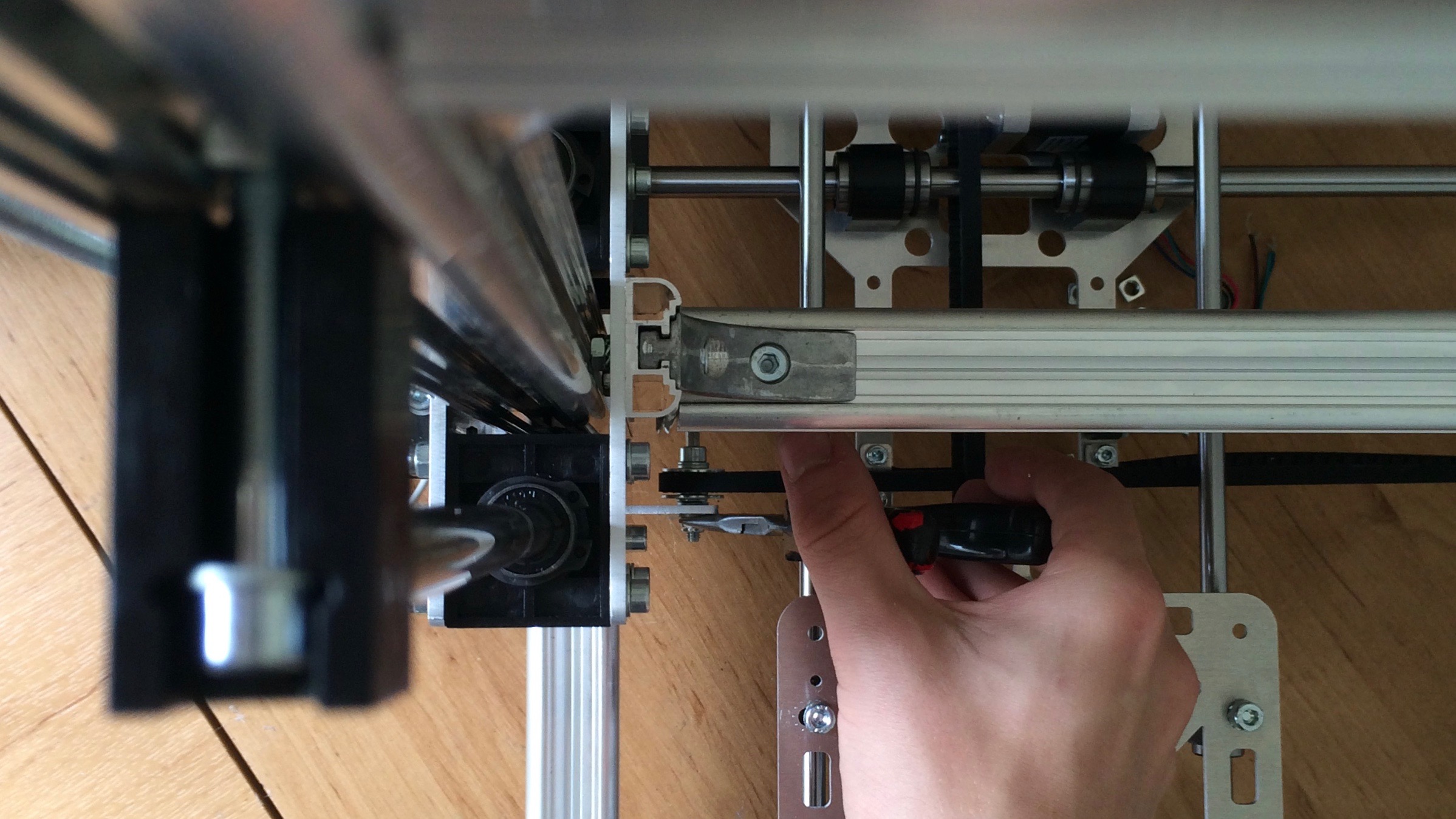 Using a free piece of software called Repetier, I chose all of the recommended settings to get printing stuff. 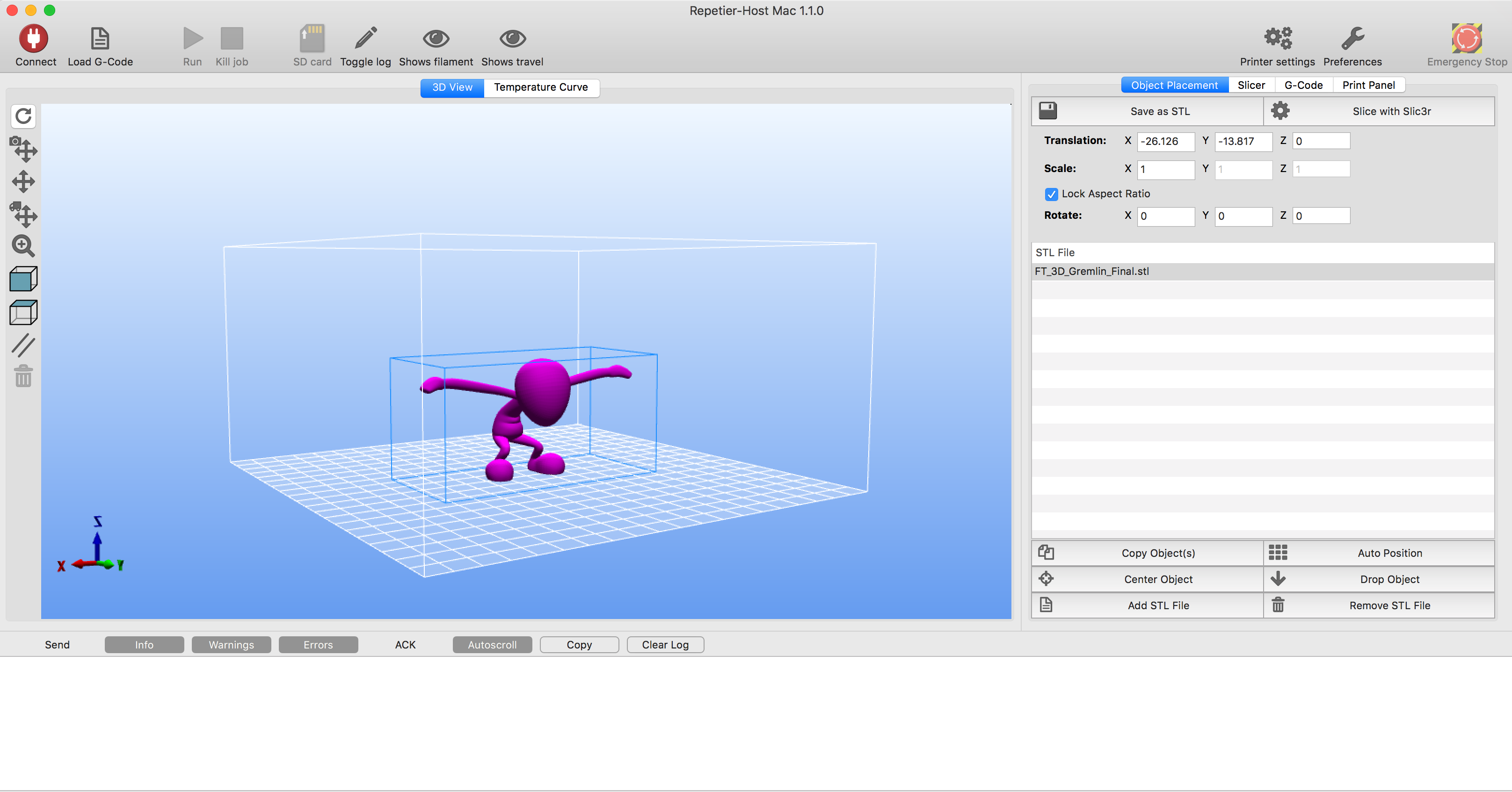 Running the first print was exciting for someone who hadn't even seen a 3D printer working in the flesh before. The motors whirred into life as the heated bed moved around under the extruder. Unfortunately, there was an evident problem: the plastic filament was bubbling out of the extruder and melting the layers of PLA that had already been laid down. After a short investigation, I realised that the temperature sensor on the side of the extruder was not in place, instead, it hung about a millimetre from its extruder port. This made the printer 'think' the extruder was at 200°C, but in reality, it was clearly far hotter. Fixing this solved the melting issue. 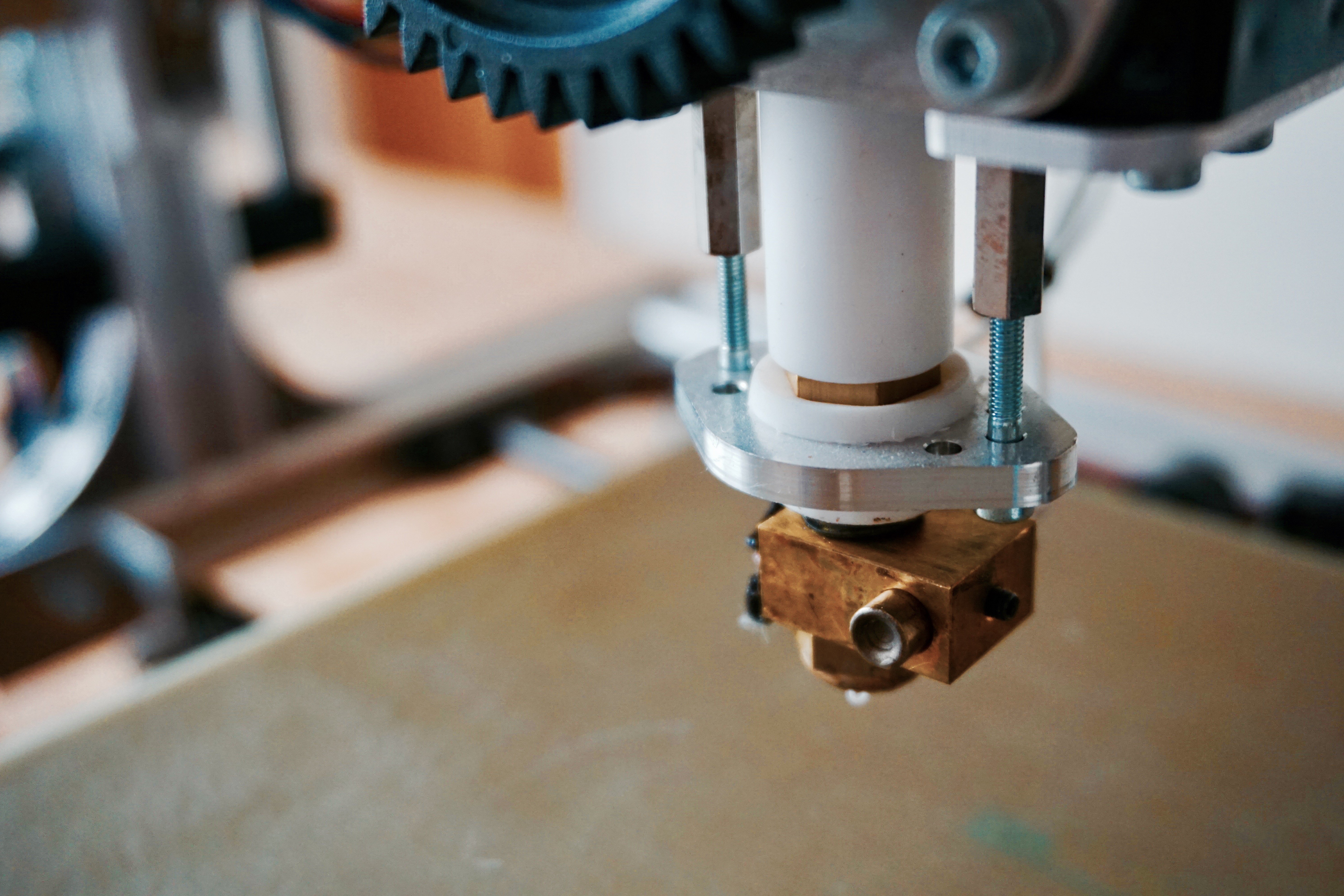 After this, the heated bed temperature was adjusted to make sure that the prints didn't curl up at the edges. This took quite a few failed prints and much trial and error. 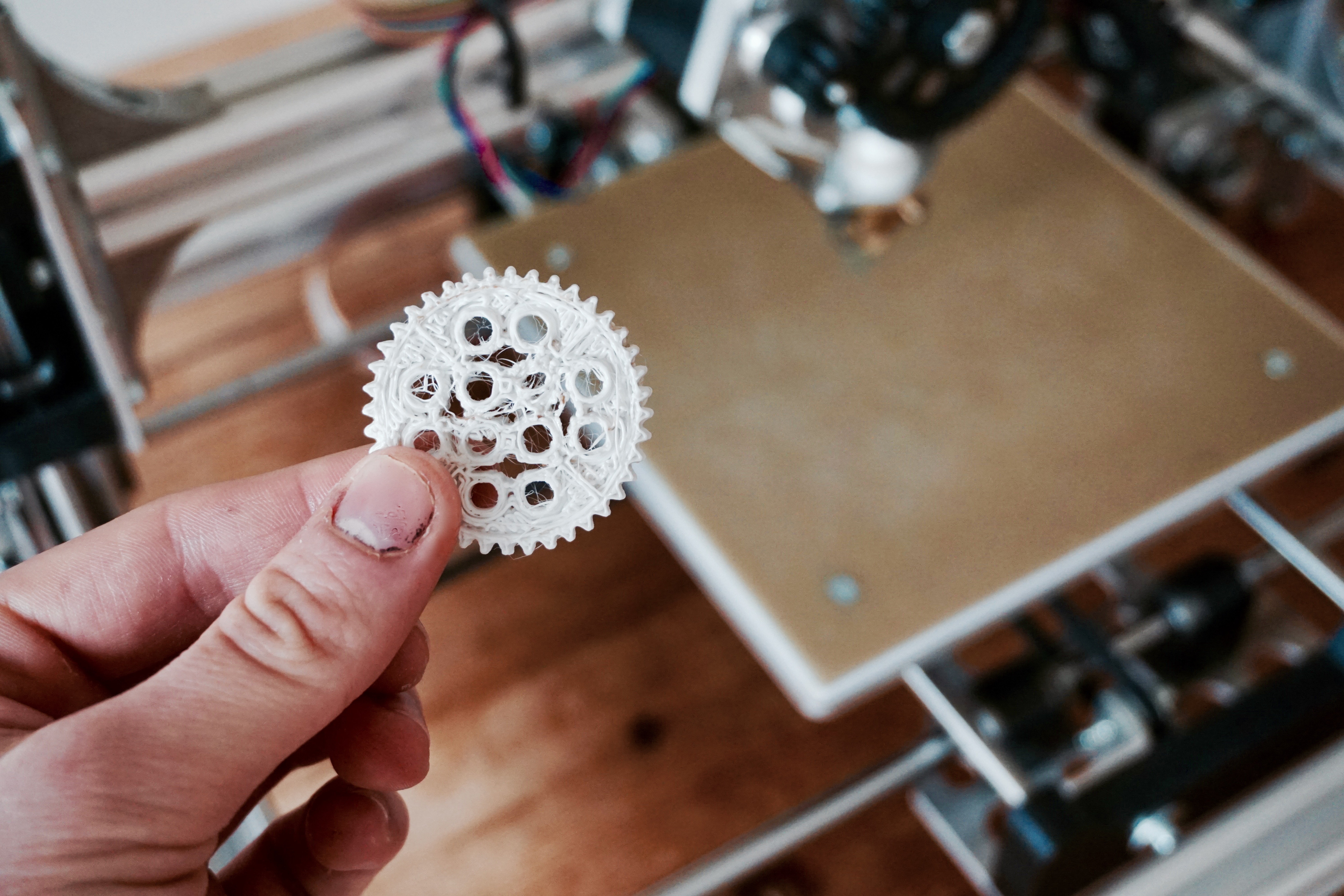 Finally, the printer was ready to start printing things reliably. The quality wasn't the greatest in the world, but with some cleanup the objects were usable. 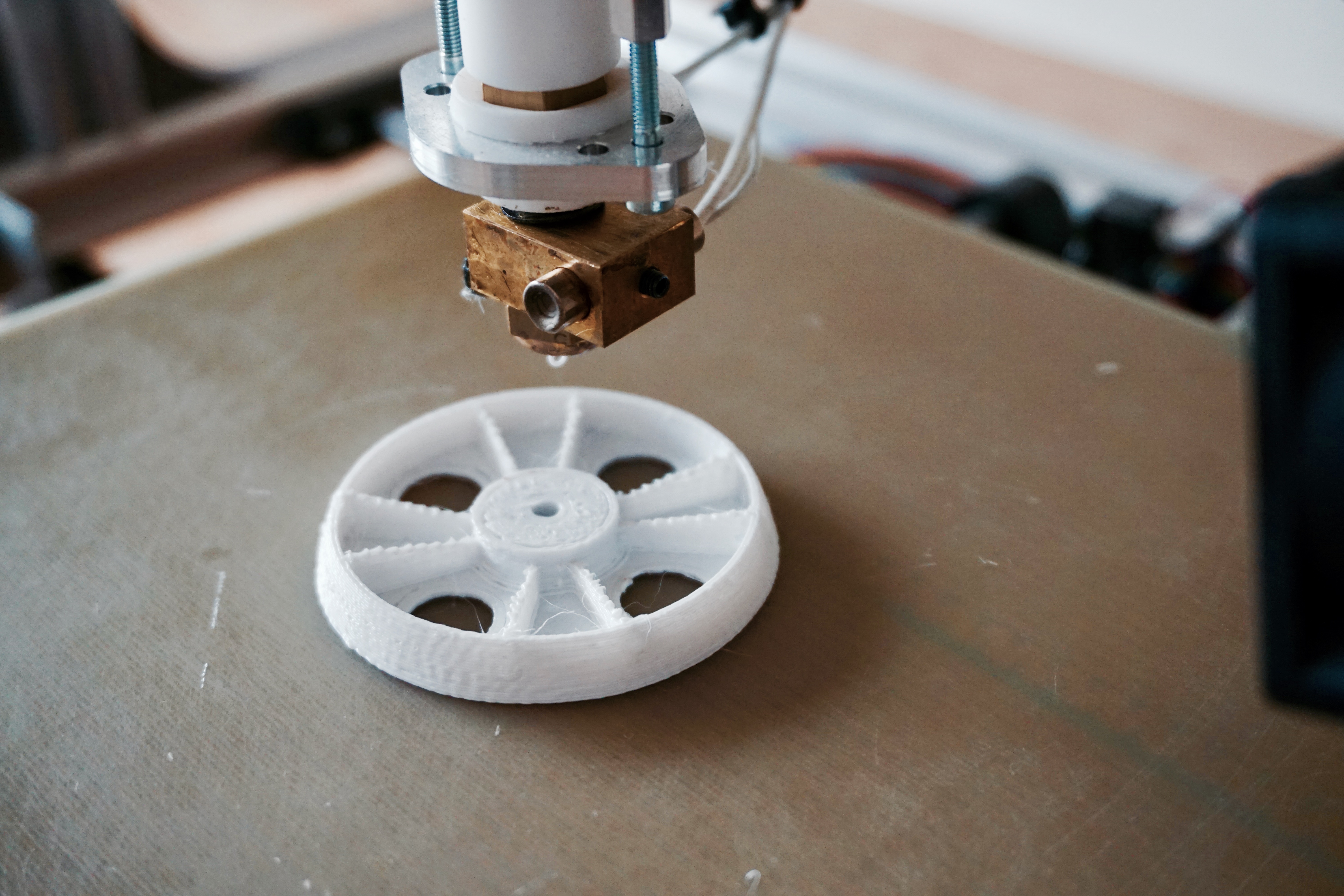 Noticeably, overhanging surfaces didn't seem to work very well. Here is a miniature model of the FT Viggen, a Flite Test RC jet that we sell in our store. As the canards didn't print correctly, it seemed the printer still needed some adjustments. You can find the Viggen stl. files on Thingiverse here. 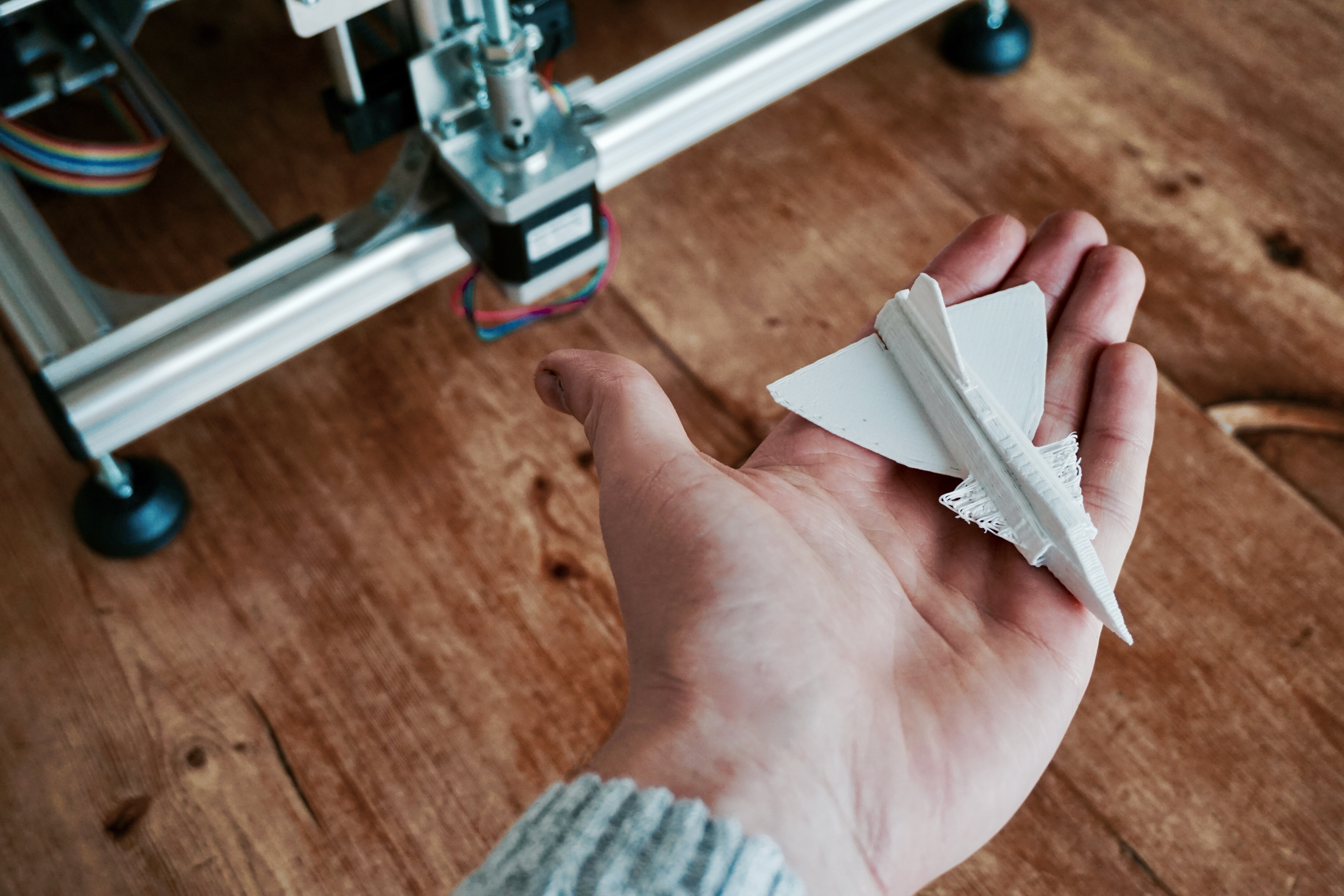 Far simpler objects, such as these engine exhaust stacks for the FT Mig 3, consistently turned out well. 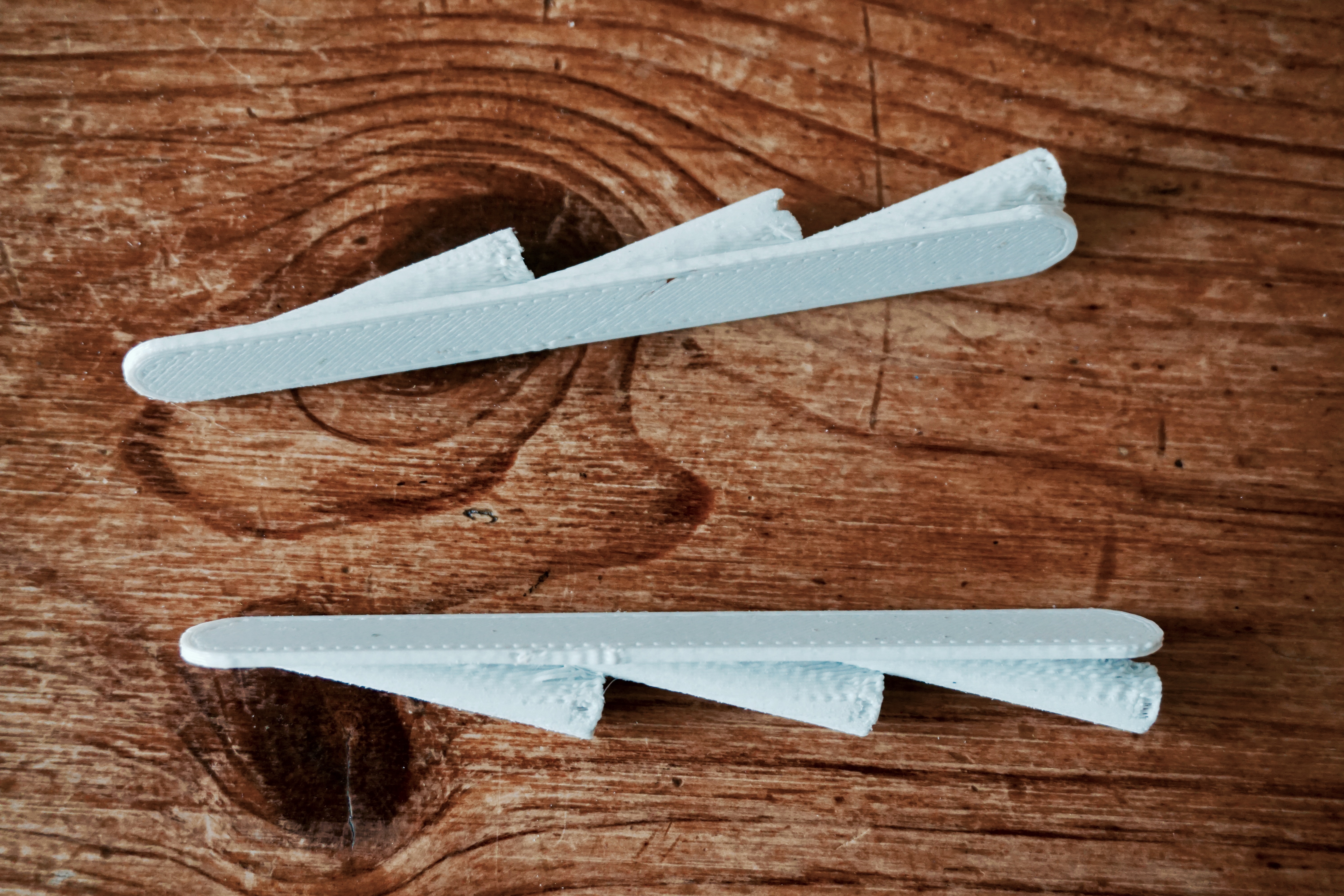 Since printing other people's creations on Thingiverse, I decided that what I really wanted to do was design my own components to use on scratch built aircraft. After going through about four or five different pieces of design software, I found one I could work with - Blender. From this free program, I could design and export models in stl. files. 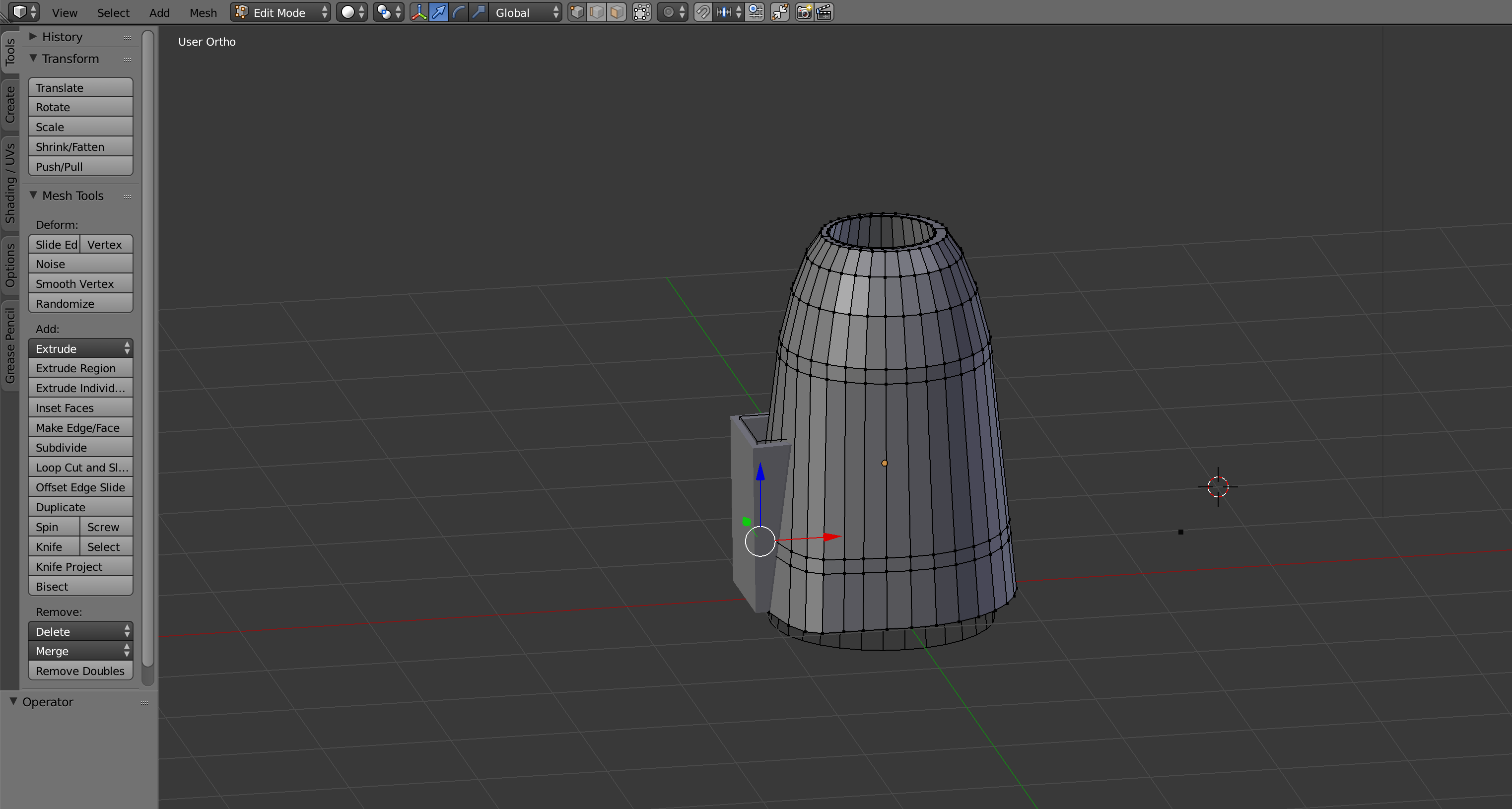 Unfortunately, learning the program requires you to remember a ton of shortcuts and go through hours of YouTube video tutorials just to be able to put together a simple model. I'm still studying this art, but here's a simple instrument panel made to detail a foam board warbird cockpit. 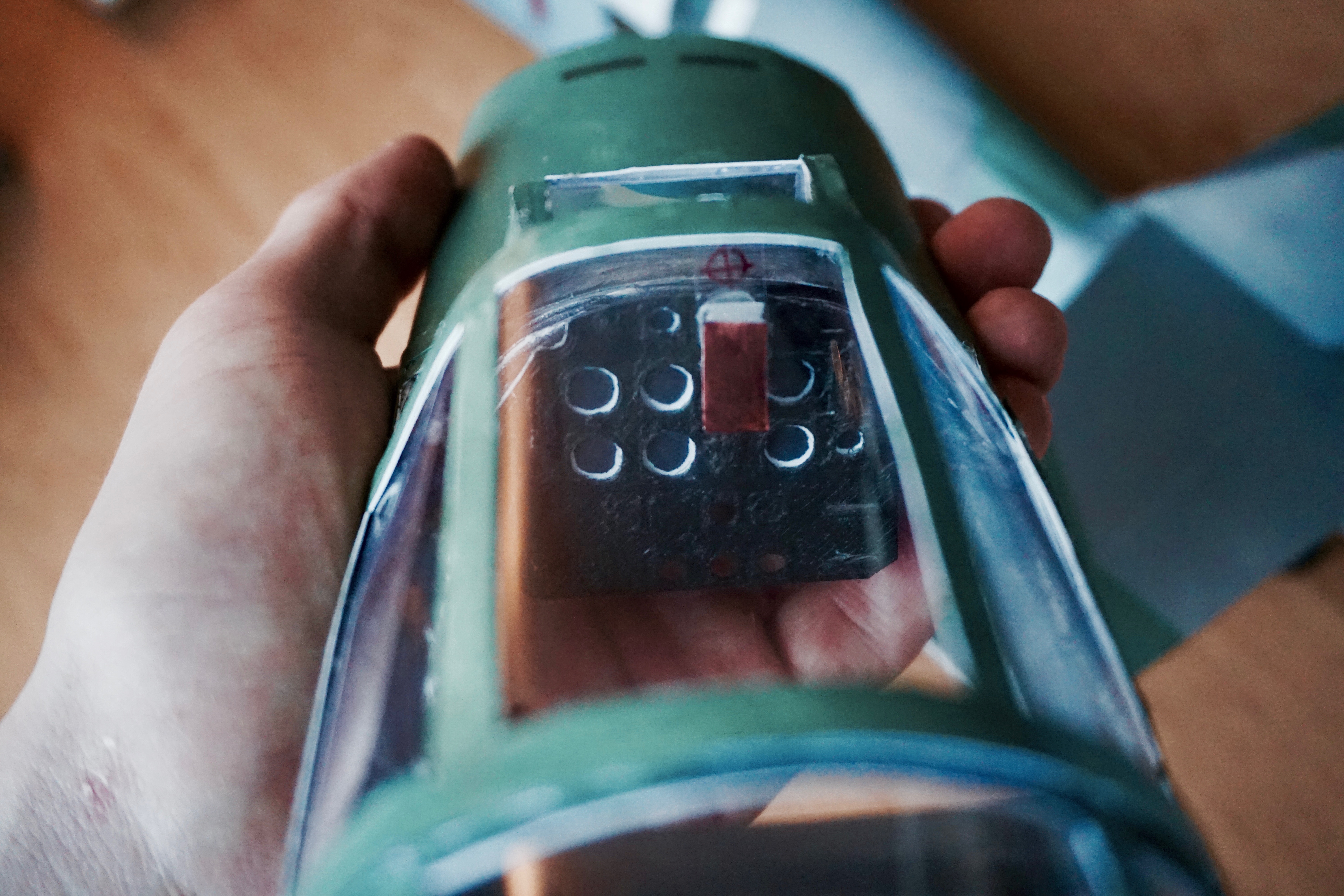 Here's the thing about 3D printing today - it's a bit of a struggle sometimes. Don't get me wrong, most of the time, you're going to have a great experience. 3D printers are, after all, supposed to be helpful tools. All around our awesome community there are people clearly demonstrating this: just check out that huge Spitfire from 3D Lab Prints as proof! You can have a ton of success with a 3D printer, but, unfortunately, you may well have a ton of failed prints too. You have to be willing to put the work in to iron out the problems you may encounter, especially when you build a printer from a kit. If you accept this, you'll have a lot of success and a lot of fun with 3D Printing.

3D Printing on the FT Store

Lulzbot 3D Printers (one of our awesome sponsors) 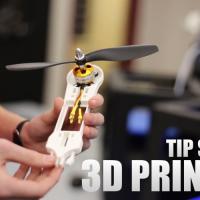 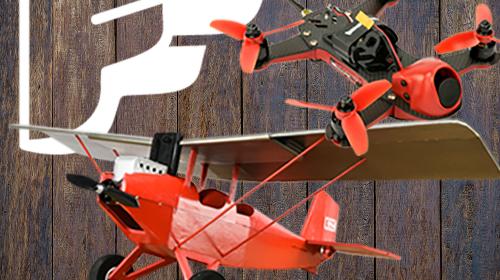