The early days of the Cold War saw an unprecedented leap forward in jet age technology. Over in Britain, one of the airplanes to come out of the race for high speed, long-range bombers was the Avro Vulcan, one of the first delta wings. Recently, I got to visit the Avro museum in the UK and have a look inside one.

A background of the bomber 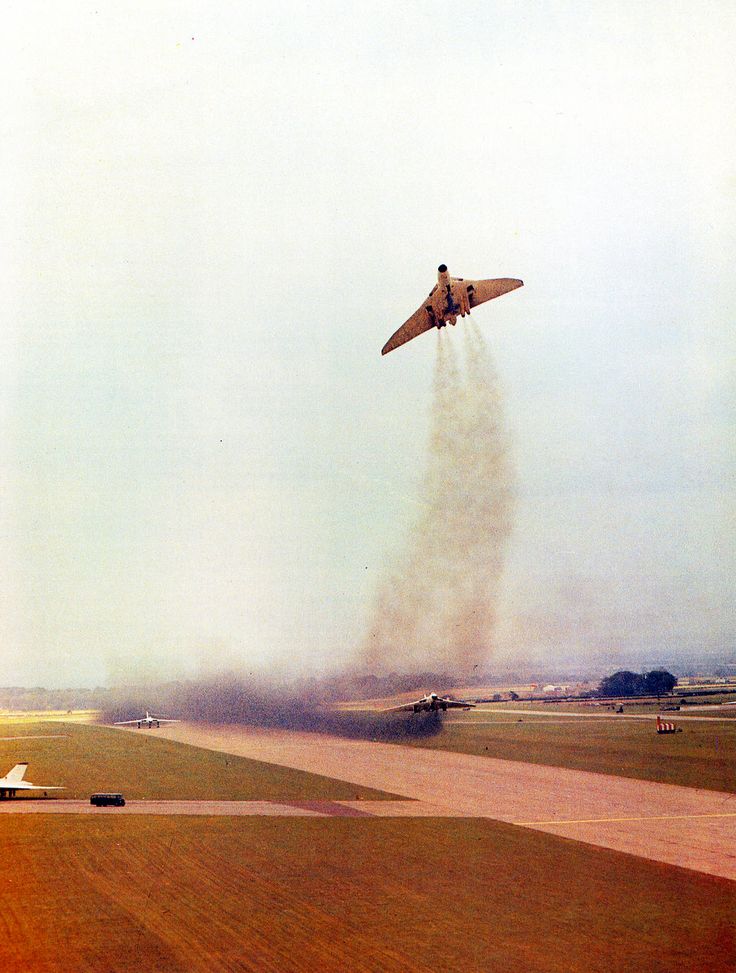 The Avro Vulcan first flew in 1954. It was designed as Britain's solution to a Cold War deterrent. As one of the three nations with nuclear technology at that time, the UK needed some way of getting bombs to their targets. Thankfully, they never had to be used. Despite the awful job that these birds were designed for, objectively, they remain a fascinating piece of technology to this day. 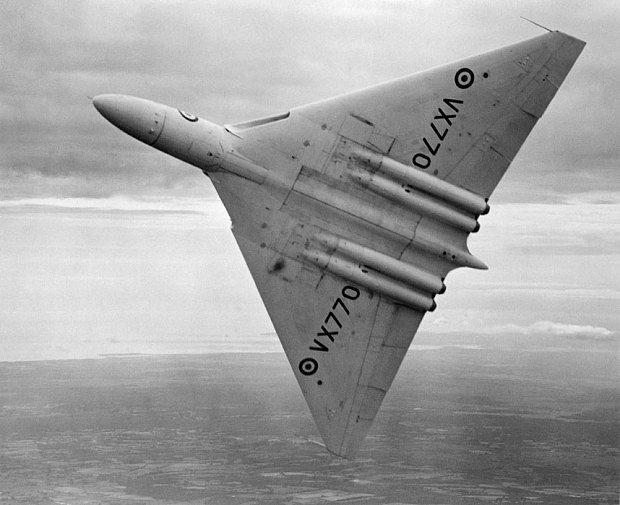 The Avro Heritage Museum was put up just meters away from where the Vulcans were produced. Avro was based at this particular airfield near Manchester, England. Squadrons were also based there and performed regular practice operations. This airfield was also where the Avro Lancaster, the famous WW2 bomber, was built. In total, 136 Vulcans were made at around £750,000 each. In dollars, this would be worth around $10 million each in today's money. That's quite a lot more than our foam board airplanes! 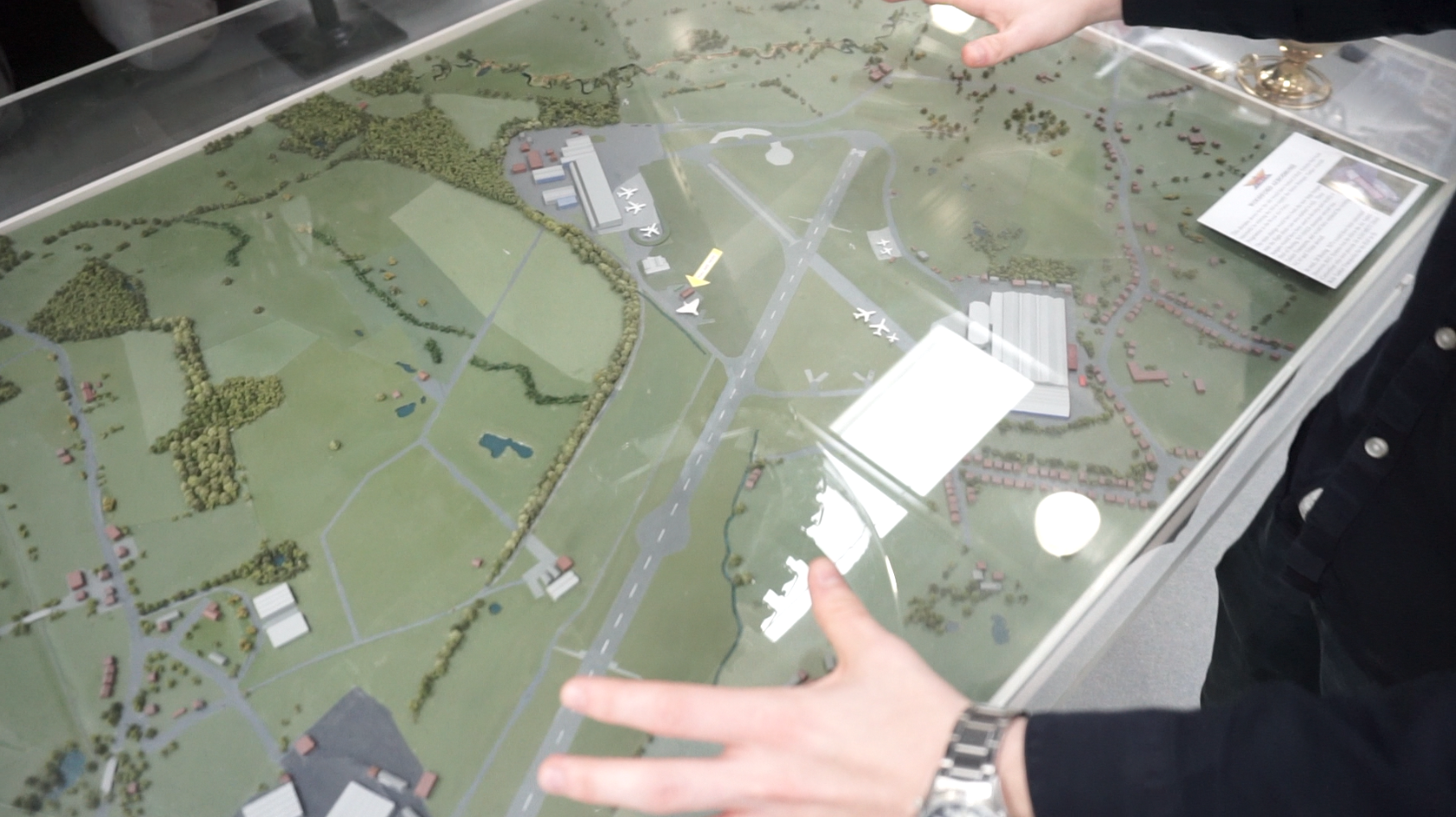 Stepping inside the huge aircraft, it's surprising how many objects are present to whack your head on. To put it bluntly, there's not a whole lot of space in there. Packed into the cramped cockpit and crew compartment there are squeezed five seats for two pilots and three crewmen. 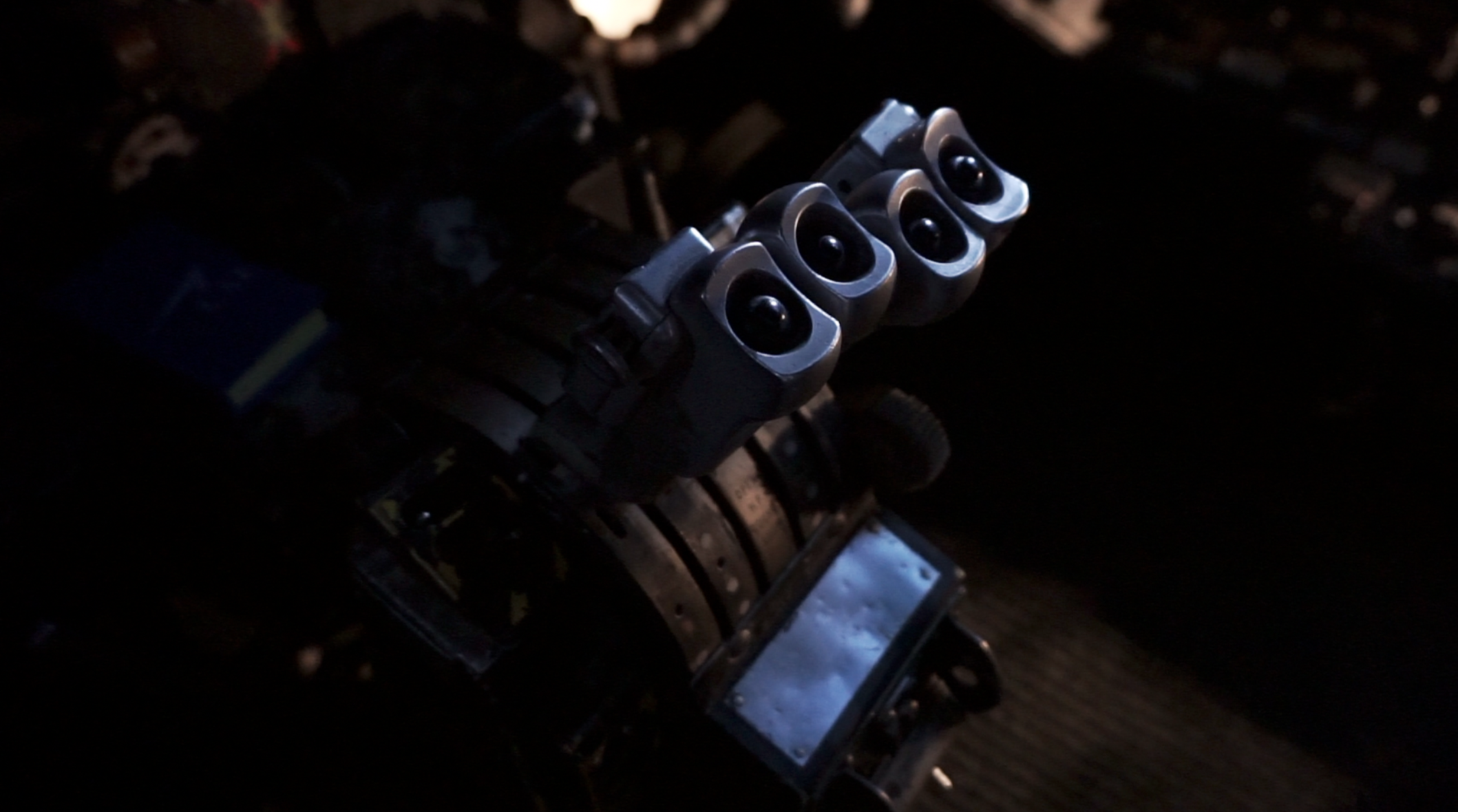 The instruments are as you'd expect from an aircraft of the era. One notable feature of the controls is that there is no yoke - I would have expected there to be one in a bomber like this. Instead, there's a joystick. It's very much like the one you'd find in a contemporary de Haviland Vampire or a even earlier jet. 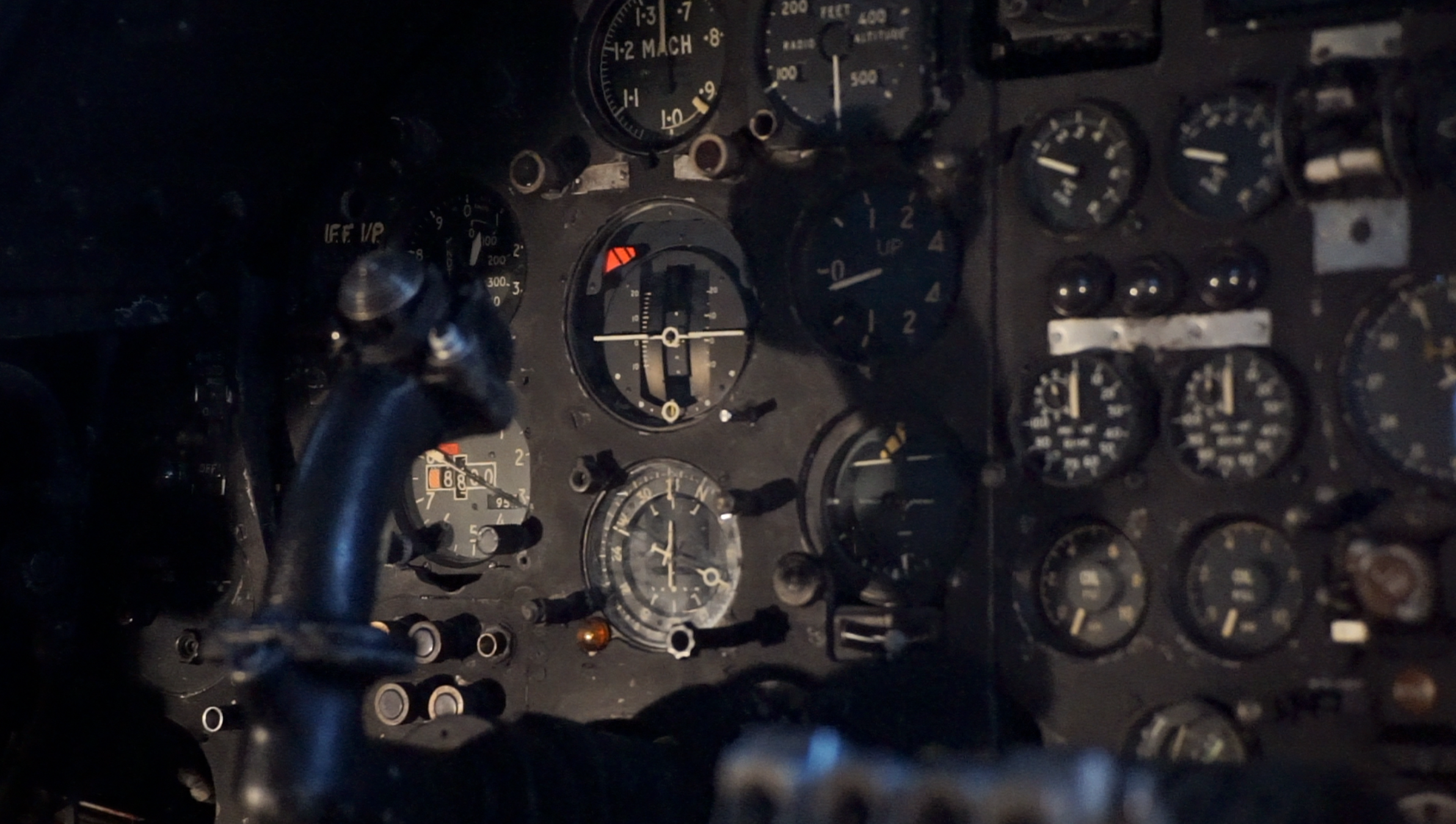 When you sit in the ejector seat and look out of the canopy, you feel like you're in a fighter, not a bomber. Apparently, that's what the pilots wanted; it was supposed to be a nimble airplane despite its colossal size and high-altitude performance. Interestingly, the engines on a Vulcan are actually the same, or near enough the same, as those on a Concord, the famous supersonic passenger aircraft of the 1960s. 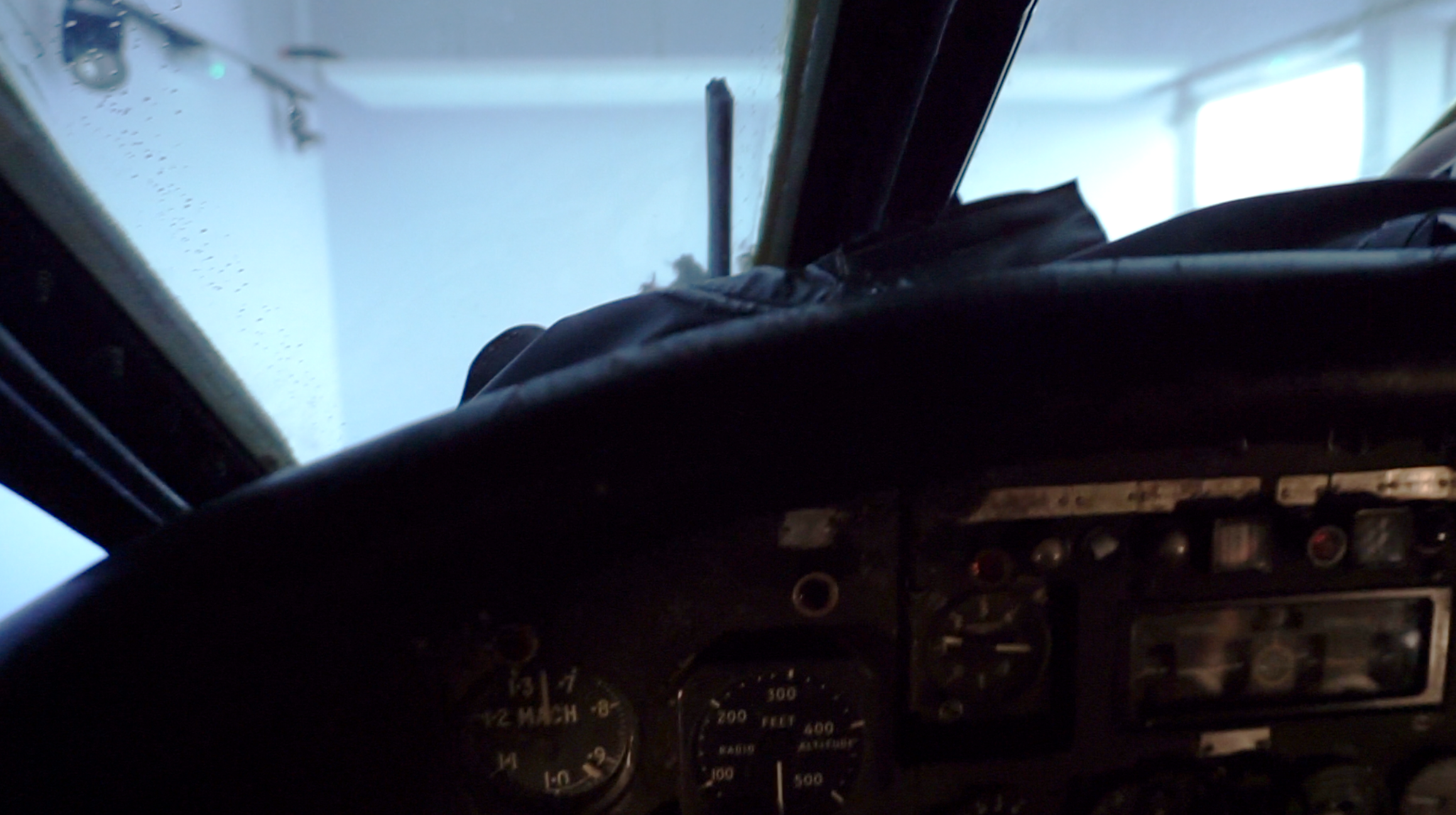 If the Vulcan was shot down and the crew needed to eject, only the two pilots had ejector seats. The Captain would give the command to abandon the aircraft and the three other crew members would have to exit the aircraft through the main entry hatch in the bottom of the fuselage. Ten seconds later, the pilots would pull their ejector seat handles and be launched skyward. Tragically, in accidents on several occasions during a crash on takeoff or landing, it was only the pilots who survived thanks to their ejector seats. 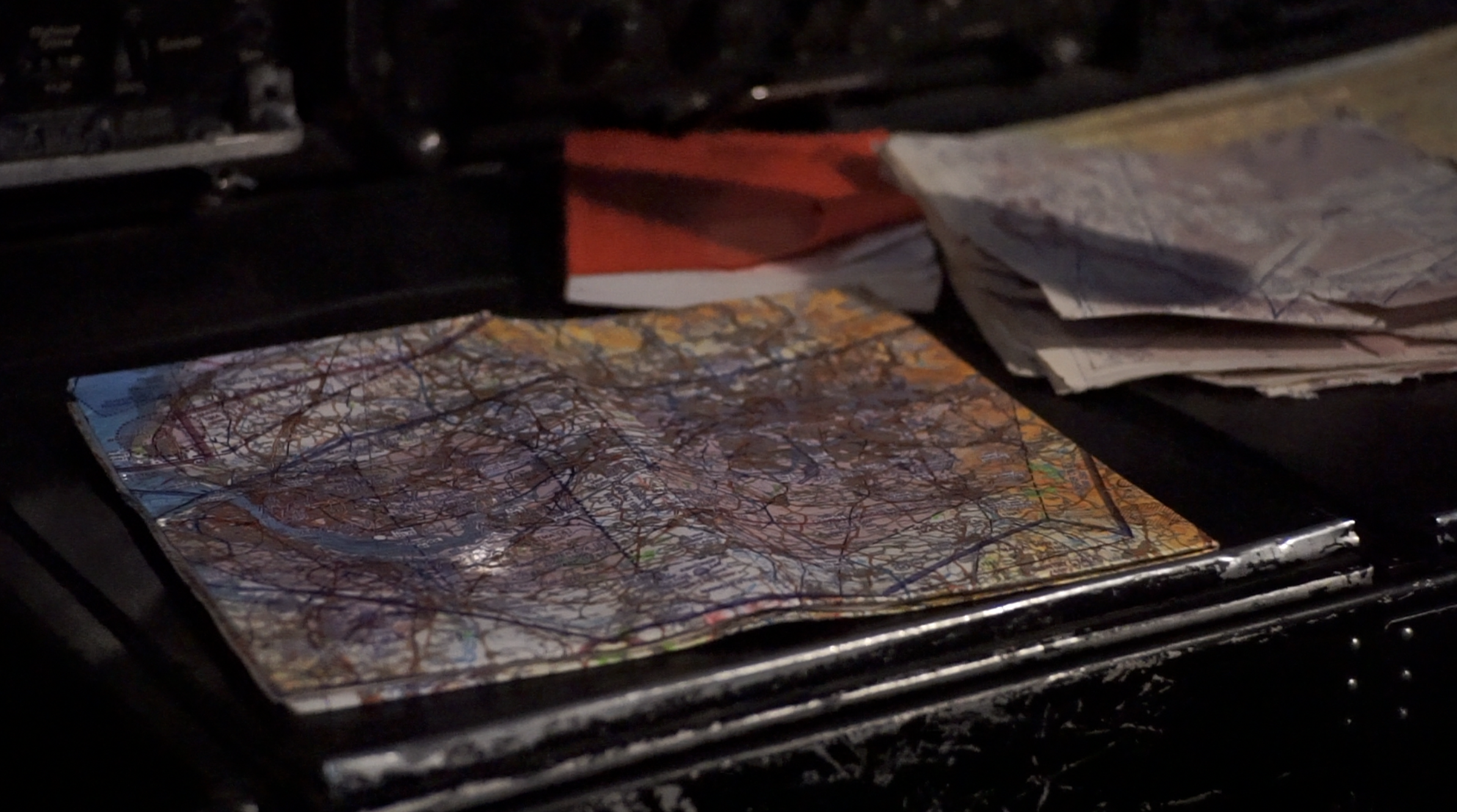 We were also shown how the crew were fed on their long 8-hour missions: heated tubes contained cans of soup in the cockpit with one for each person. How civilised! 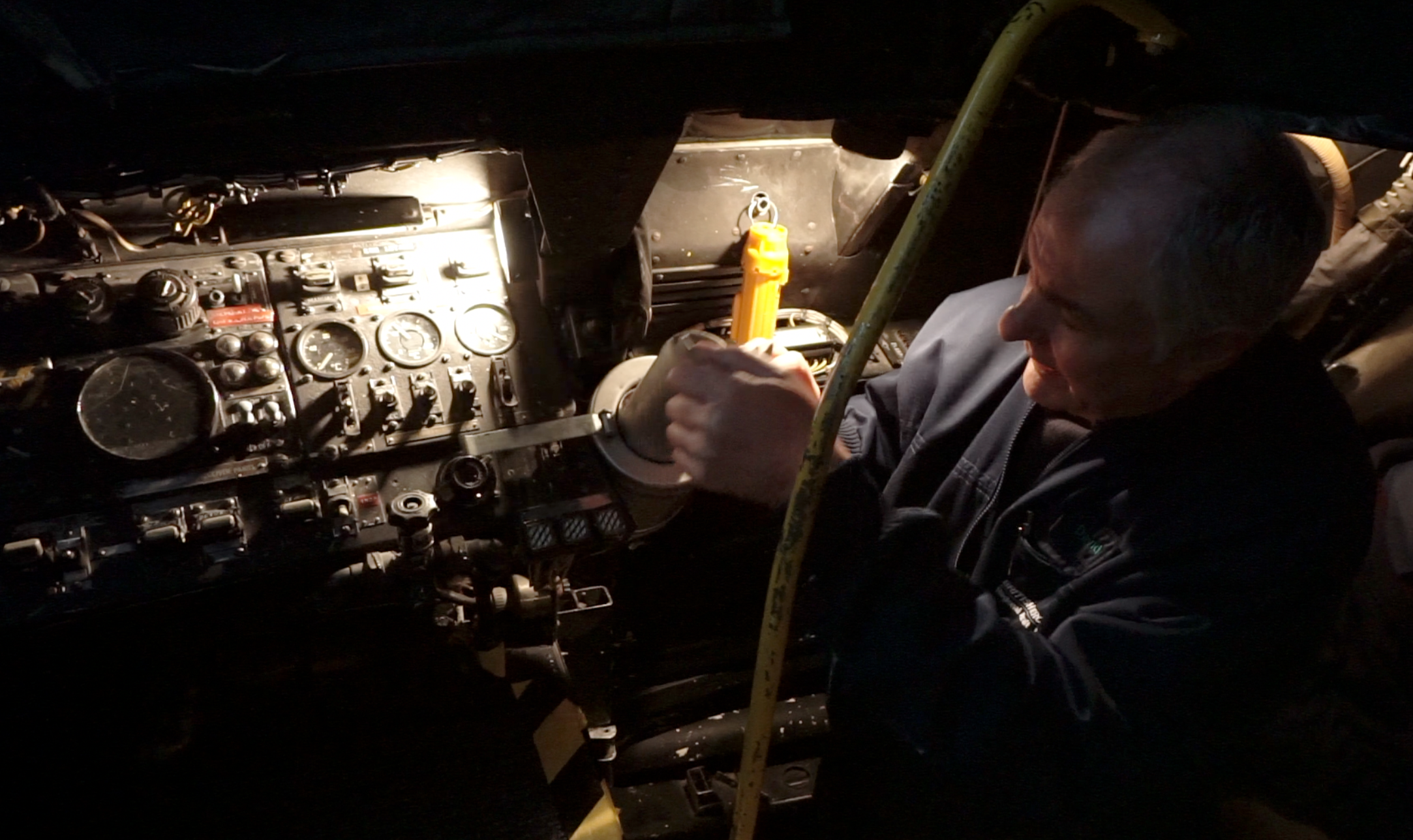 If you really want to know what it's like to be squashed into the tight cockpit of the Vulcan, here's a short video of the experience from my personal side channel.

Hopefully you found this article an interesting insight into a military aircraft of the 1950s and '60s. Make sure you let us know if you like these new historical themed articles by commenting below and rating them! 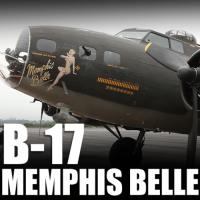 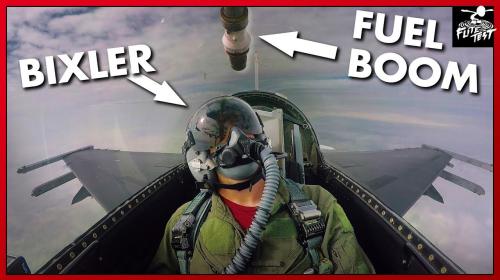 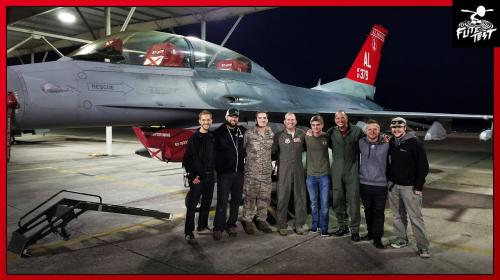 How to Keep an F-16 Air-Worthy

kilroy07 on March 14, 2018
If you have Netflix (not an endorsement) there is an episode right now; Guy Martin: Last Flight of the Vulcan Bomber. Really awesome part is hearing from the crew chief and you can see how they lost a piece of themselves when the old girl was retired. My first remembrance of the Vulcan was in Thunderball (James Bond.)
Log In to reply
Gryf on March 14, 2018
I avidly followed the restoration of Vulcan XH558, and was thrilled to see it take to the air again; albeit remotely, from here in the States. What an amazing undertaking that was, and sad that she's now grounded. But at least we got to briefly experience the sight and sounds of the Vulcan. I remember seeing one fly myself at a Stateside airshow many years ago... I don't recall where or when, but I do remember the Vulcan. They tend to stick with you! Thanks for an excellent video!
Log In to reply
JamesWhomsley on March 15, 2018
Great to hear! I was lucky enough to catch a glimpse of that same Vulcan on its last flight as it passed over my university accommodation! It was quite a sight.
Log In to reply
Gryf on March 25, 2018
I was able to see another Vulcan first-hand while on a visit to Blackpool several years ago. It had been flown in to the Blackpool Airport and parked while awaiting further developments, and unfortunately sat exposed to the sea air for years until it deteriorated beyond repair. It was eventually scrapped, sadly. Thanks again for the tour!
Randal R on March 16, 2018
I was 10 years old in May 1982 and remember being astounded at the Vulcan mission from Ascension Island to bomb the Argentinian occupied Port Stanley runway at the beginning of the Falklands War (nearly 8000 miles). It was around 30 years later that I heard the amazing story of the effort of the RAF crews that made it happen, (it took 11 Victor refueling tankers!). Look up the video on You Tube "XM607 Falklands' Most Daring Raid".
Log In to reply
johnny B on March 18, 2018
It is funny, karma, whatever that this article came up on the RAF Vulcan Bomber. As I had grown up during the Cold War and enlisted in the Air Force in 1971 I remember the history and the valor of this aircraft. It has always been one of my favorites. Ok, fast forward to the year 2018 when I chatted with a German gentleman that goes by the YouTube name of WarbirdFan66. He mentioned that the Delta Ray by HobbyZone reminded him of the famous Vulcan Bomber. He repainted his Delta Ray into a Russian motif and did an excellent job. https://www.youtube.com/watch?v=PuwgK-8-Mwo&t=42s
I commented on it and as we chatted I had mentioned that I was getting back into RC Modeling after a 30-year break and inquired about some of his modifications and how he did them. I also mentioned that I was thinking about doing the same thing but designing the appearance to resemble the RAF Vulcan with markings and camouflage paint scheme. Well, that has now happened with my modifications more or less and I plan on putting on YouTube here in the near future. I just wanted to say thank you to Flite Test, WarbirdFan66, the British RAF and all those who cherish aircraft and RC flying no mater what your flight preference is.
Log In to reply

Druid8172 on March 19, 2018
you should hear it howl, https://www.youtube.com/watch?v=DvFvBbsQVI4 and when they went vertical it was like a rocket launch you could feel the ground moving beneath you feet
Log In to reply
Mustang-Warbird on March 25, 2018
The Vulcan is one of my favorite planes - here is a video I took of XH558 at the Sunderland Airshow (UK) back in 2009.

I always wanted a foamie kit of a Vulcan but could never find one until by chance I came across this thread on RCGroups and immediately bought myself a kit.

You will see some of my build pics in the threads.

For strength, I fibre glassed mine but in doing so I added a lot of weight and lost some detail.

She flies well, but needs speed - no lazy fly by with this model.

This is my first delta and I struggled a little as it had no rudder out of the box, so over winter I've added a one. Just need the weather to improve so I can fly her.

There are a few flying pics on the RCGroups thread from last year - she looks great in the air.
Log In to reply