Please rate this article after you read.

I highly recommend you check out dozens of other articles I've written at my primary blog here:  http://electricrcaircraftguy.blogspot.com/

As experienced modelers know, many aircraft fly better with the motor angled a few degrees down, and a few degrees to the right.  (This is for conventional aircraft, with puller, not pusher designs, and for right-hand props [clockwise-rotating when viewed from the cockpit]).  However, after hearing or reading many people inaccurately attribute the *reasons* for this, I decided to write a bit on the matter here.

First off, the torque of the motor is *not* the reason for angling the thrust vector down and to the right.  Torque roll from the motor for a standard prop (clockwise rotation as viewed from the cockpit) would try to *roll* the plane left.  Angling the motor right will try to *yaw* the plane right.  These are two different axes of rotation.  Torque roll is primarily countered by trimming the ailerons with some right trim, or adding a little extra weight to the right side of the plane, *not* by angling the motor to the right.  I will admit that angling the motor to the right will have a *small,* but *very minor* effect on the roll due to several yaw-to-roll coupling factors (including dihedral-sideslip effects, fuselage-wing "shadowing" created by side-slip angles, and wing lift differential due to yaw rates--I could explain these more in detail--if you'd like me to just comment below), but these effects are minor enough that it is incorrect to say that the motor angles are needed due to motor torque trying to induce a torque roll.   After quite a bit of research, and using my educational background and experience, I will give the following relatively simple explanations of the *primary* factors requiring the right and down motor angles:

1) Right-thrust angle:  The right-thrust angle is required for the *primary* reason of countering a LEFT yaw due to P-factor.  P-factor, or Propeller-factor, is a relatively simple concept when understood, which states that for a clockwise-rotating propeller (when viewed from the cockpit), as airplane angle of attack increases, a LEFT yaw is produced due to a thrust differential the propeller creates.  Imagine looking at the airplane from the left side (looking directly down the left wing), with the motor to your left when viewing the plane this way.  With the prop spinning, and for a positive angle of attack, it would be slanted slightly like this: /.  Since incoming air is moving directly from the left side of the page, to the right side of the page, however, you can see that as the blade swings down on the right side of the plane it is swinging also slightly "into" the wind.  Also, the downward-swinging blade will have a higher blade angle of attack (than the upward-swinging blade) due to its geometry and orientation to the incoming air.  This creates extra thrust on the right side of the plane.  As the blade swings up on the left side of the plane it is swinging slightly "with" the wind.  This creates less thrust on the left side of the plane.  The result is a LEFT YAW due to P-factor.  The right thrust angle counters this left yaw due to P-factor, for an upright, positive angle of attack.   Note: A Right-thrust angle would make the P-factor yaw *worse* not better if the plane were flying upside-down.

2) Down-thrust angle:  The down-thrust angle is required for three primary reasons that come to mind: 1) to offset the pitch up response due to a "pendulum" type effect, 2) to counter the climb response due to higher-speed airflow over the wings, and 3) to reduce yaw due to P-factor.  1) Pendulum effect (due to the Center of Pressure [CP] along the vertical axis being higher than the Center of Gravity [CG]): As throttle is increased, assuming a high-wing trainer-type airplane, the motor/fuselage tries to swing forwards since the wings above create a relatively large portion of the plane's total drag, thereby shifting the airplane's CP to be above the CG.  Imagine standing in front an airplane suspended in the air, manually pulling on the plane's nose while pushing back on the main wing situated above the fuselage. This is what the air is doing to the plane as throttle is applied.  The plane will pitch up.  2) Climb response due to higher-speed airflow over the main wings.  Airspeed over the wings due to prop-wash alone tries to almost instantaneously make the airplane climb.  Down-angle counters this "instantaneous" climb for increased throttle.  Also, the aircraft will speed up over time, causing additional lift trying to make the plane climb.  Again, down-angle counters this resultant climb effect.  3) The down-angle of the motor also reduces the "slant" of the propeller to incoming air (when viewed from the left side of the plane again), making it more upright (|), and less slanted (/), thereby also reducing the yaw due to P-factor simply by removing some of the slant (angle of attack), which causes P-factor!  Therefore, the down-thrust angle counters all three of these things: the pitch up, the climbing effect, and some of the yaw due to P-factor!

For other interesting articles, don't forget to check out my blog/website here:

Also, please rate this article and leave any questions or comments below. Thanks! 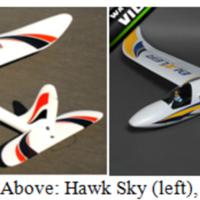 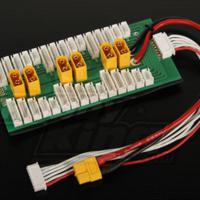 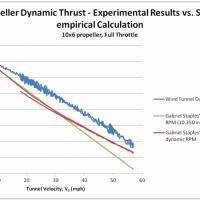 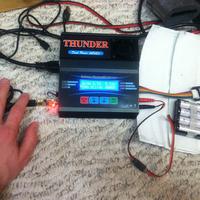 Log In to reply
dlggliders on July 10, 2021
Pusher airplanes such as jets work the same way, rather the angle of the motor is reversed.
but i agree with the article, if you wish to counter the torque, its always best practice to add more weight on the one wing that is opposite of the rotation wing.
we talk more about this over at MicroBirds.com
Log In to reply 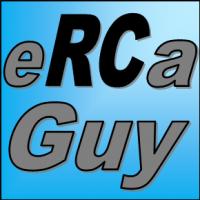