Note: This article is intended to give beginners in the electronics field a rough perception of the differences between voltage and current. It is not 100% accurate and foolproof, but it contains valuable information that can aid a beginner in understanding basic electronic concepts.

- Voltage is a measure of the energy carried by the charge.
- Strictly: voltage is the "energy per unit charge".
- The proper name for voltage is potential difference or p.d. for short, but this term is rarely used in electronics.
- Voltage is also called electromotive force in batteries.
- Voltage is supplied by the battery (or power supply).
- Voltage is used up in components, but not in wires.

- Current is the rate of flow of charge.
- Current is not used up, what flows into a component must flow out.
- We say current through a component.
- Current is measured in amps (amperes), A.
- Hobbyists informally call current “amperage”.

How Current and Voltage Interact

Think about your home appliances. Think of an electric stove with 2 burners. They both run on the same voltage, right? Whether it’s 110 or 120 or 220 volts in your part of the world, both burners reach the same temperature. Now, what happens in a stove with four burners? It still runs on the same voltage as the 2 burner stove, but it has twice the amount of burners, so it draws twice as much energy as the first one. But how?

How does this relate to RC electronics? Well, the motor of the plane, for example, may run on different voltages depending on the size - but it may also need a specific amount of current going through it to get enough power to work properly.

Something interesting happens when you put a propeller on said motor - as the motor now has to push air with the propeller, it needs more energy, so it starts drawing more amps to be able to run the propeller. If we put a bigger propeller, then the motor would begin drawing even more current.

But as to all things, there is a limit. Larger currents need thicker cables - both the motor leads, and the windings inside the motor. If the cable is not thick enough, it will start creating heat. If the motor overheats, it will most likely get damaged. Usually when you buy a new motor, it will state how much current (how many amps) it will use with a specified prop (this is usually called Amp Draw); and the maximum amount of current that it can take (called Maximum Amp Draw / Maximum Current).

Lets get to a practical example. If the motor on your plane draws 20 Amps on 12 volts with an optimum propeller, then:

The amount of force that air puts on the propeller and consequently on the motor is called Load. With a bigger load, the motor will draw more current while it’s running.

We do not live in a perfect world. When you connect your motor to a power source, even if you keep it at 0% throttle, current can still flow slowly through the motor. This is called Idle Current or No Load Current.

There is something else to know. When your motor is drawing current from a limited power source such as a battery, the system might experience something called voltage drop. Think of it like this: If you open a big faucet in your house, the pressure inside the pipes will go down slightly. But when you close the faucet, the pressure will return to its previous level.

When you run your motor on a 12 volt limited power source, the voltage will go down a bit, maybe between 0.5 and 1.5 volts. This changes with different motors. When the voltage goes down slightly because you are drawing lots of amps with your motors, it’s called Voltage Drop.

jamiedco on July 12, 2012
great article very informative . hopefully it will help loads op beginners
Log In to reply
tramsgar on September 26, 2012
Good write up! Colorex touched on this in the end: if you find it hard to relate to voltage and current, just think water; it's almost always an accurate analogy if you imagine this:

Power can be seen as the ability to get people wet with a hose. Higher pressure and more water flow both contribute, so: power = voltage * current. This explains why an engine runs faster on the same amps if you increase the voltage, which of course is intuitive too.

A good feeling for these makes it easy to learn and use ohms law, voltage = current * resistance, and then you can solve any linear electric problem by shuffling the equation around =). 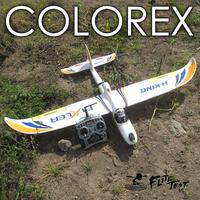