Building a Mighty Mini from Balsa!

Have you ever branched out into the world of balsa wood? This article aims to inspire you to start experimenting with new materials and techniques. Today, we're making a mighty mini airplane from balsa wood! 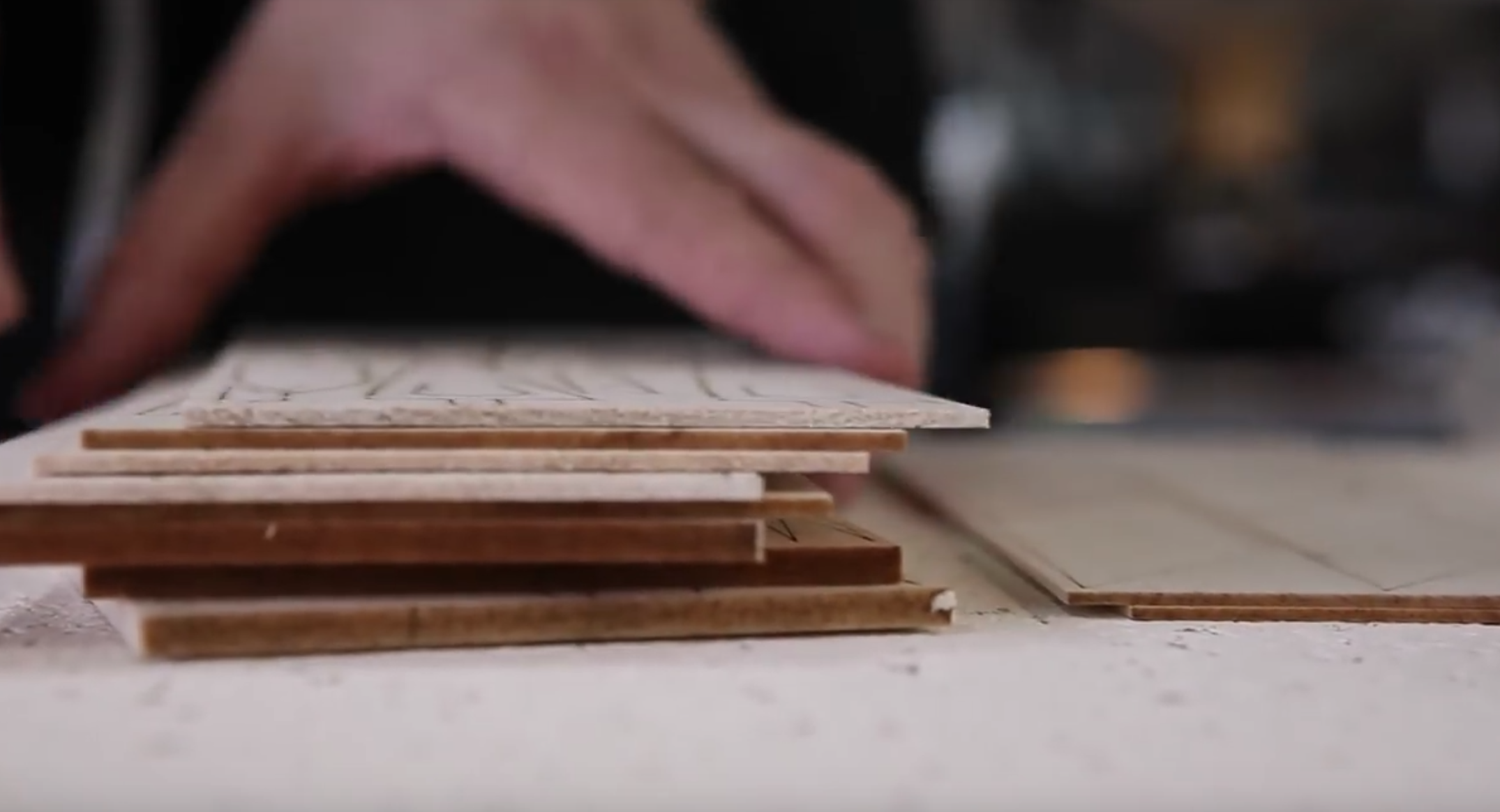 The airplane in question in this build article is the famous BF-109. With a wingspan of around 24", it's a true Mighty Mini. The plans used were some simple drawings found online. I'd also recently finished building a foam board 109 based on the plans from one of our awesome community members, Local Fiend, so that made it easier to come up with the right angles. 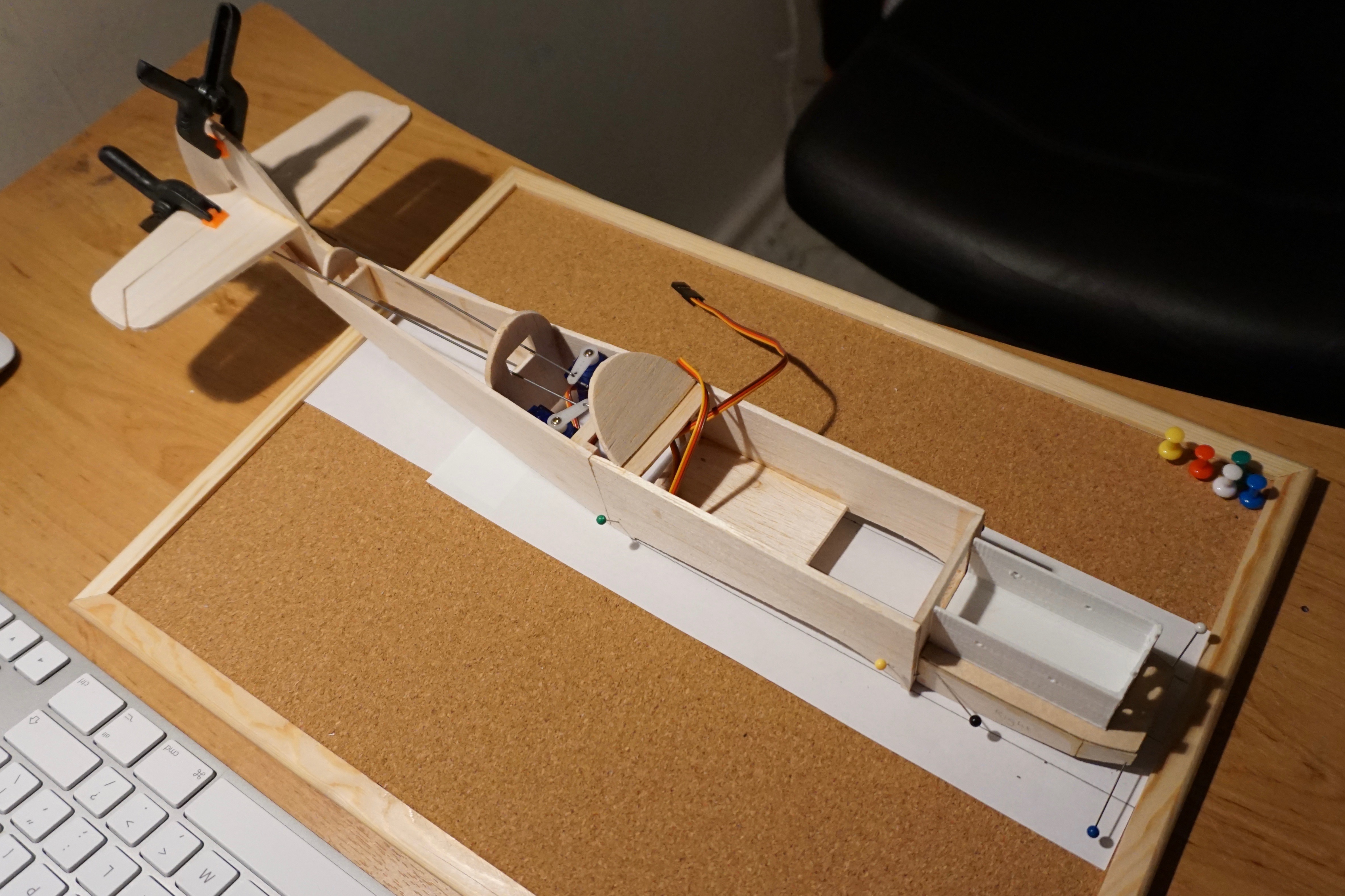 How it was done

Starting with printing out the plans, I began the build by working out how to form the basic shapes of the fuselage from sheets of balsa wood. It's fairly intimidating at first, but you can get your head around it with some practice. To ease into the process, the first parts I cut out were the tail horizontal and vertical stabilisers. After that, I went ahead and made some fuselage sides then boxed it all together. 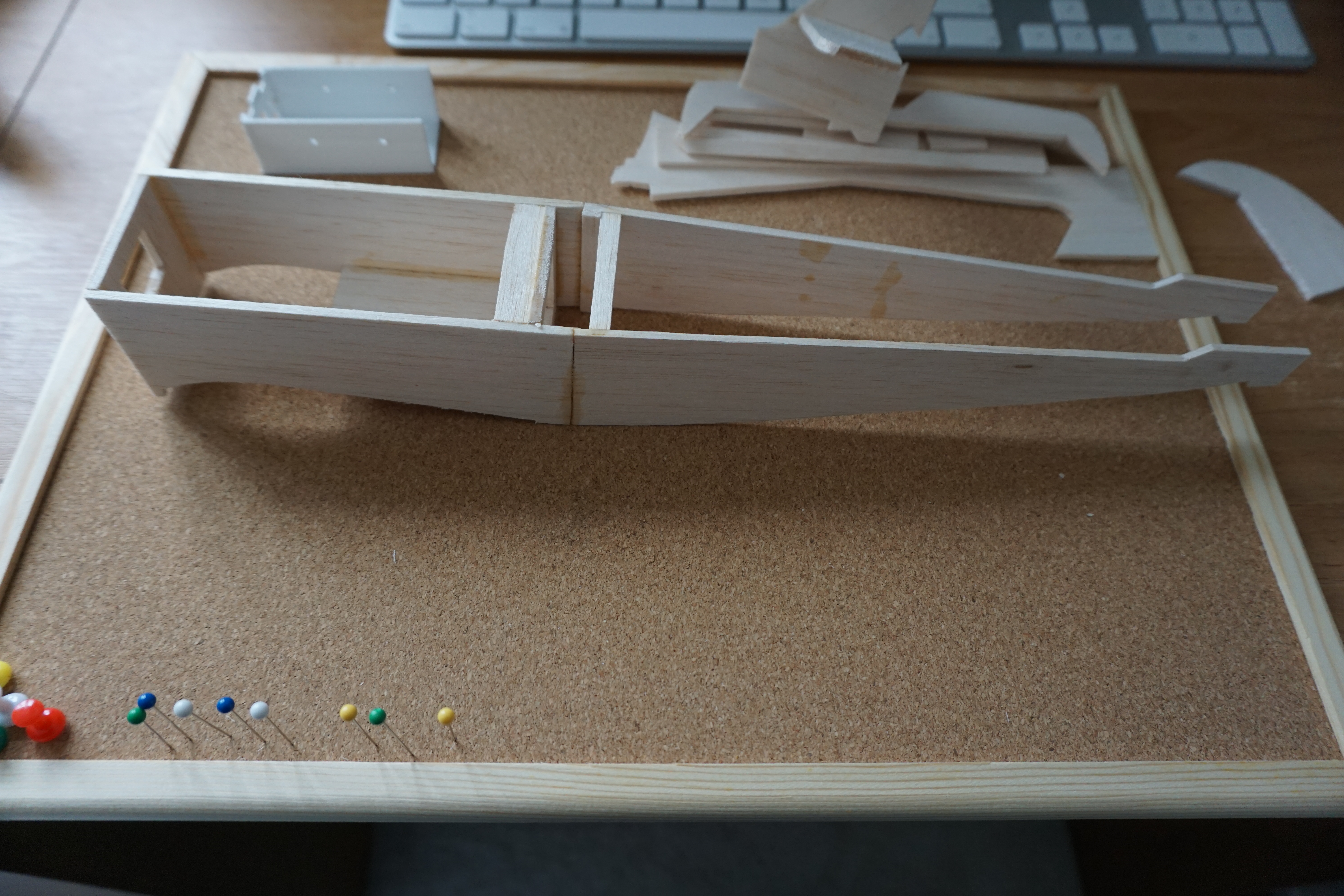 The structure was pretty simple, but I still tried to follow the lines of the real-life BF 109. What resulted from this was a typically FliteTest style despite the model not being made out of foam board! The glue that was used was a standard super-glue based product sourced at the local hobby shop. 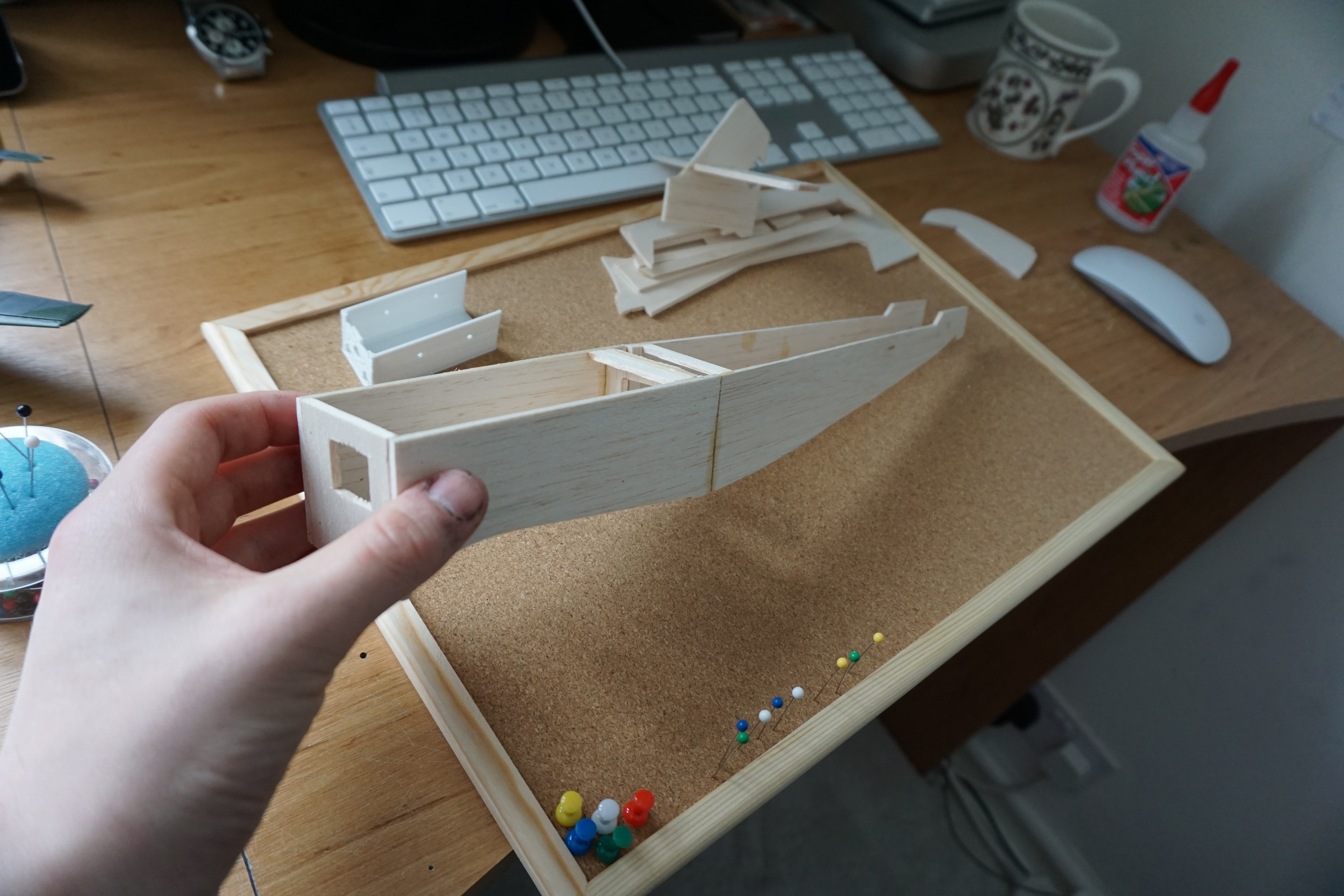 Glueing the tail whilst making sure it was straight was a little tricky. However, all I had to do was use a model clamp to secure the tail assembly and then pin it when the surfaces were level and centred. After than, the thin model glue was applied which seeped through the gaps between the pieces and dried within a few minutes. 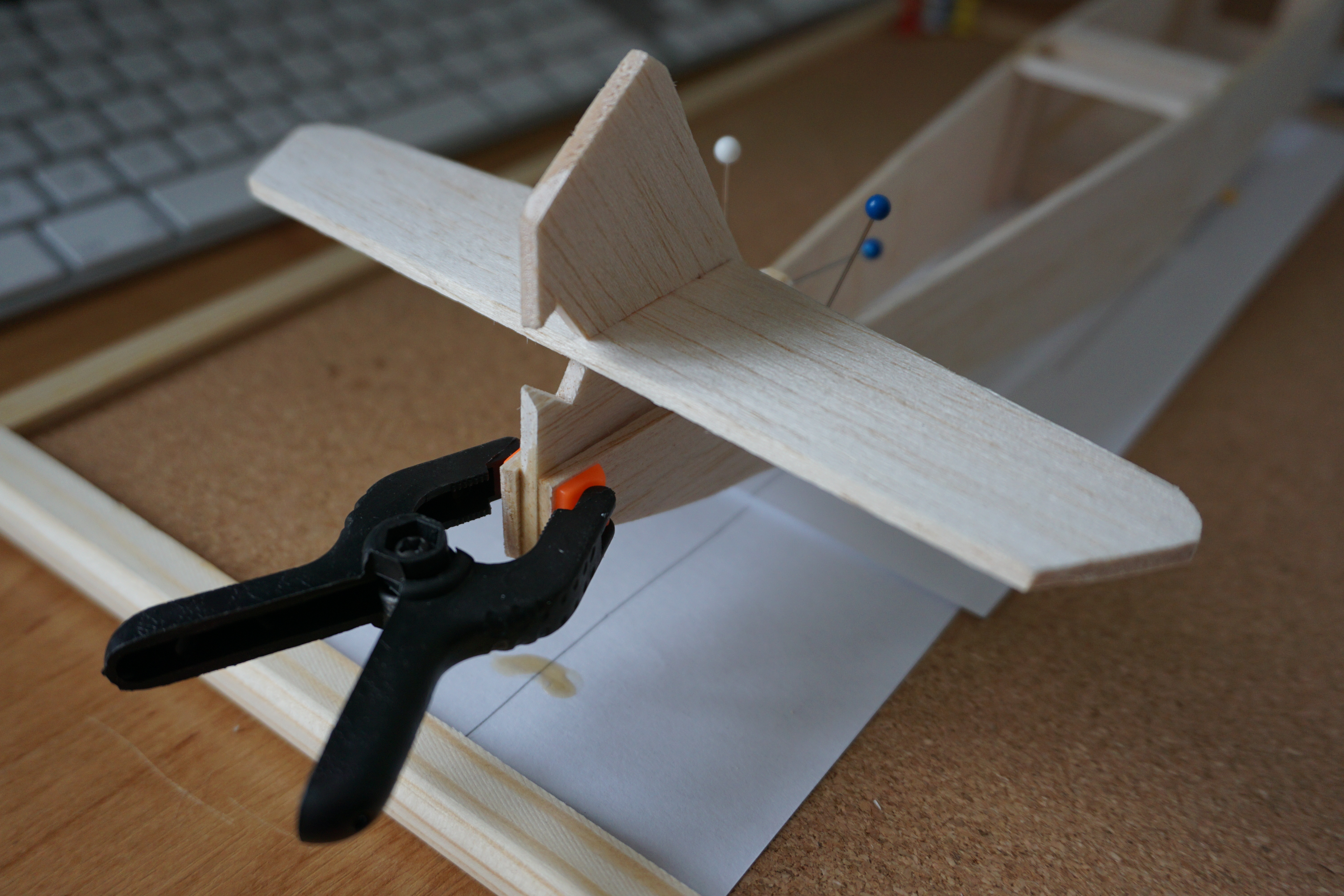 Building a small-sized model like this Mighty Mini was a good model to start with as the build area you have to work on is compact and accessible. The building board that the model is often pinned to can be picked up and moved around easily meaning that you can move it about. Being small, however, also means that installing electronics is sometimes a little fiddly. 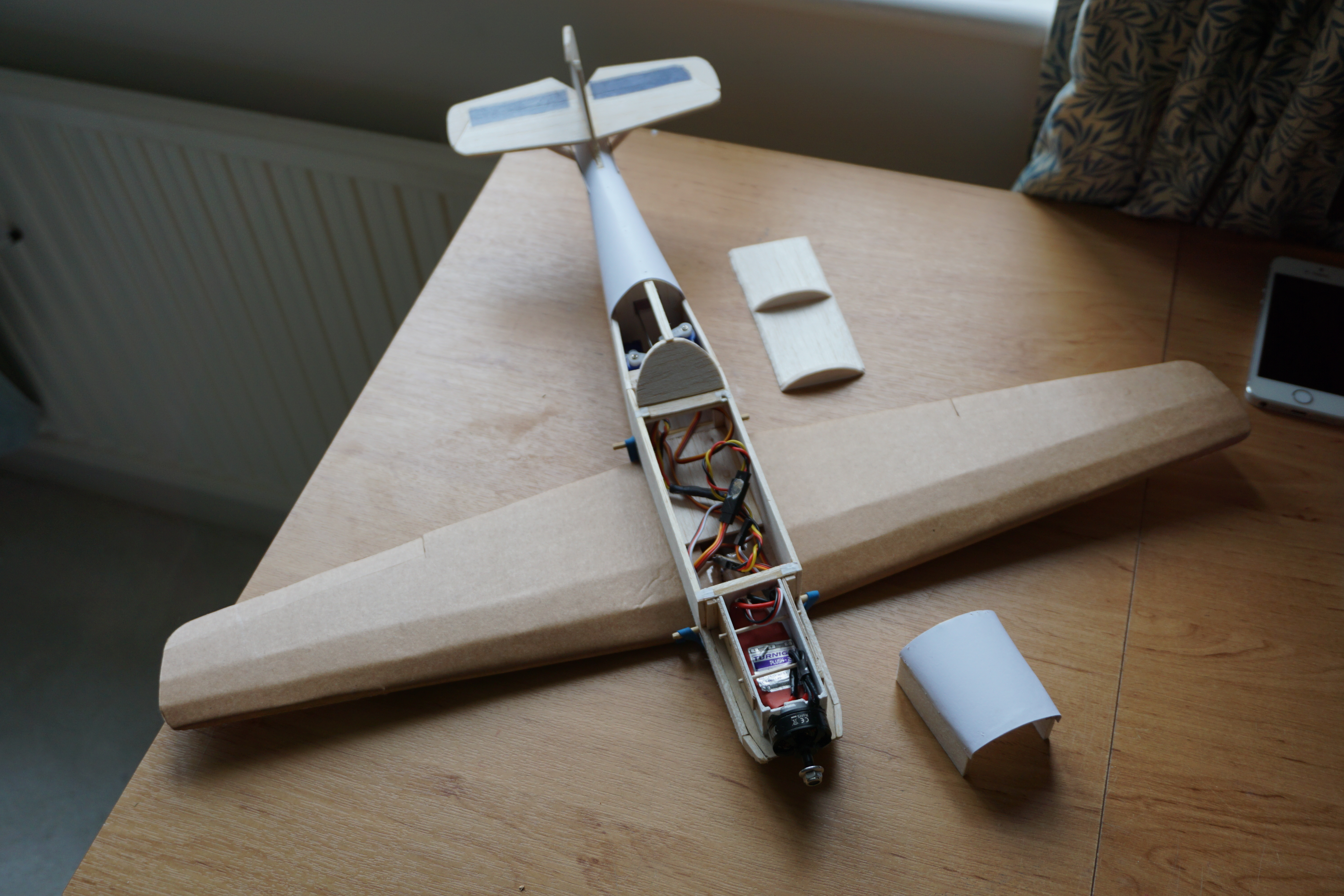 To make things progress quicker, I decided to build the wing from our good old Flite Test water resistant foam board. This is just a temporary solution to be replaced with a balsa wing later. 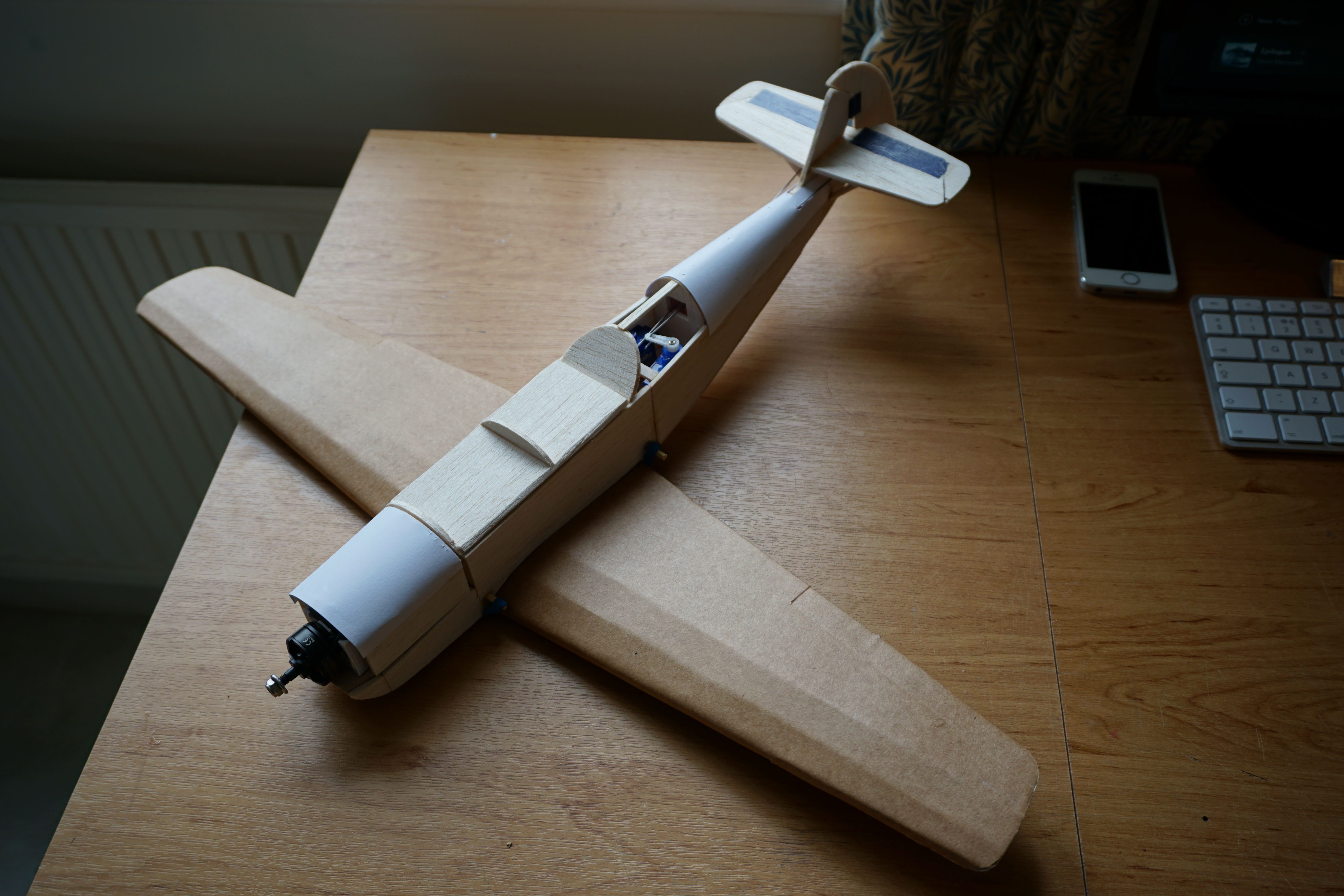 The turtle decks are also a quick solution for this build. Thick posterboard was shaped to create the curves of the 109's fuselage. 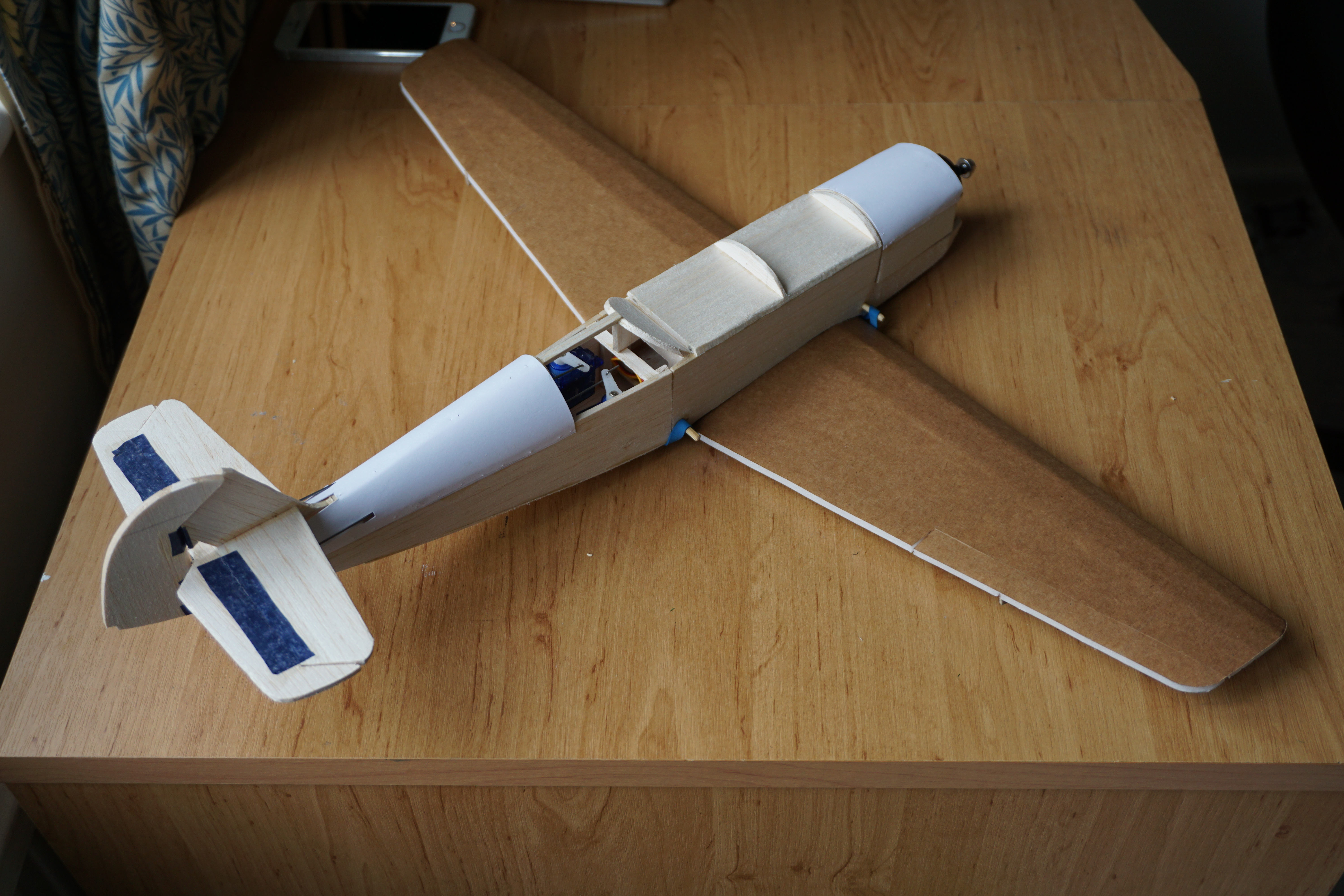 The next step was to start covering some of the model in tissue to seal and harden the surface. Although I'd decided not to leave any exposed areas, attempting to create a monocoque airframe much like the real BF 109, I thought that adding doped tissue would improve the ultimate finish of the model in adition to adding some strength. 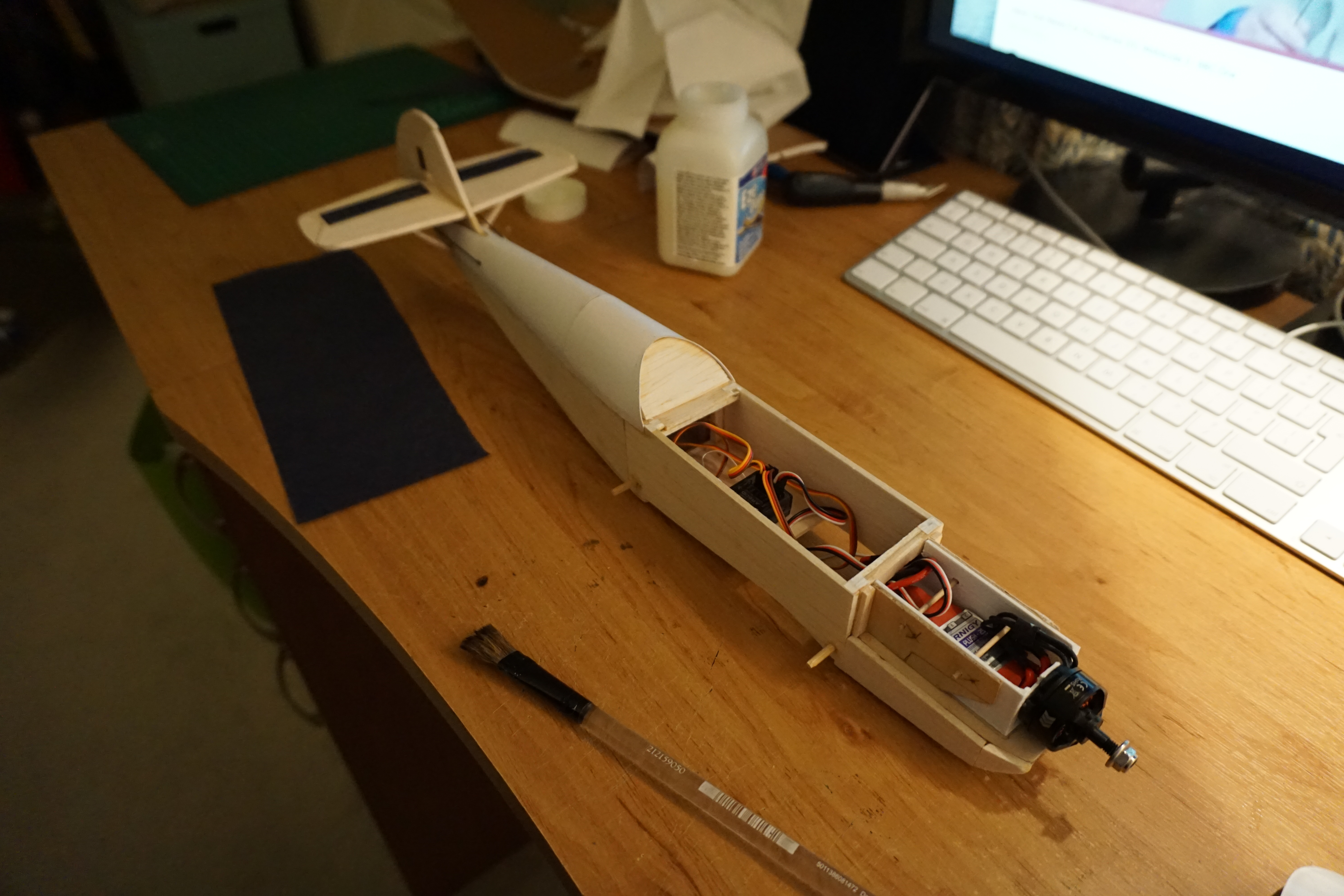 The dope I used was a water-based product which dried very quickly. 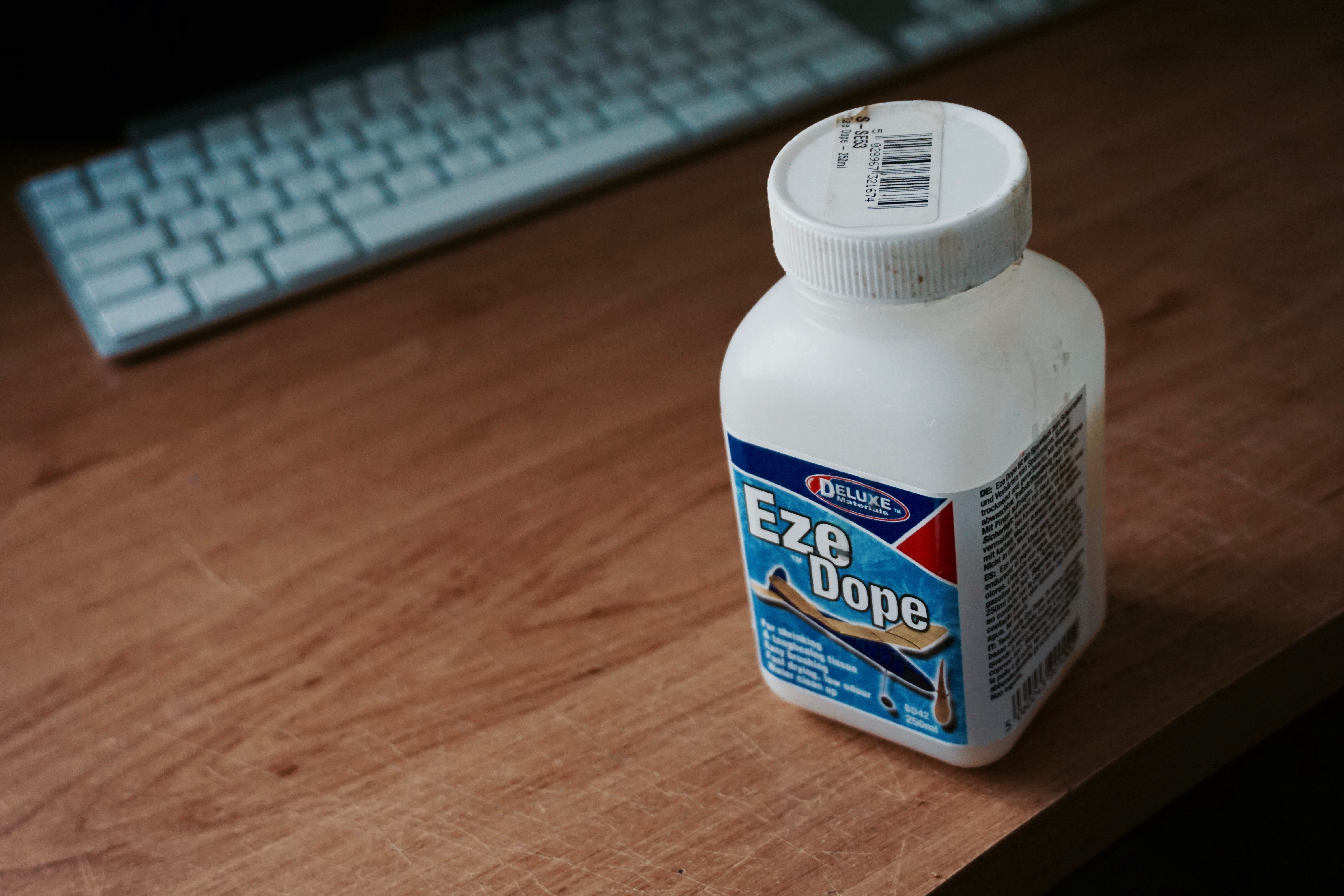 Details like these exhaust stacks were assembled from scrap pieces of balsa and card. They were then glued to the model. 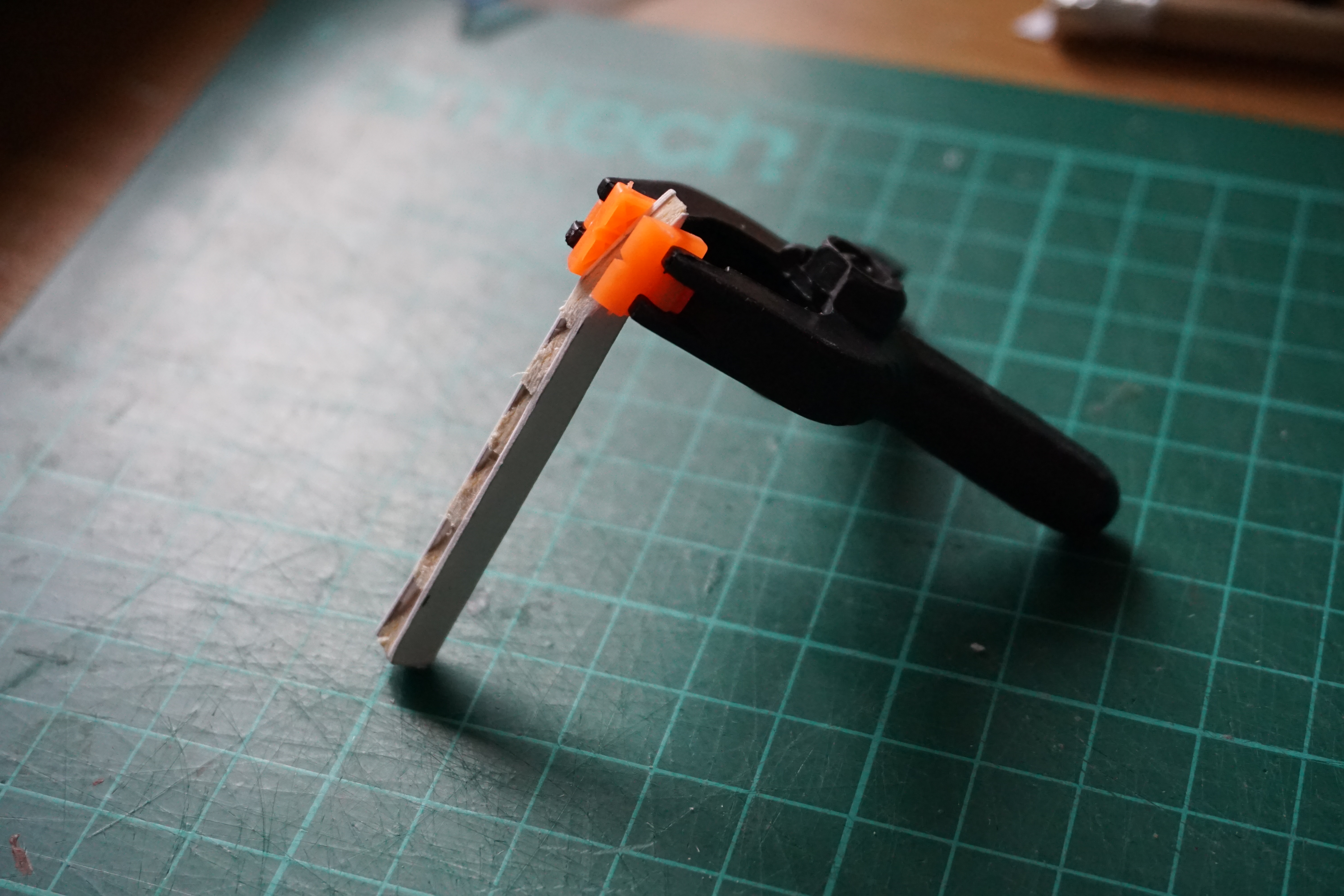 Here you can see how I designed the cowling to be removed to uncover the powerpod and electronics. The real Messerschmitt BF-109 also had a cowling that removed in this way. Having it on the model makes it easy for me to do maintenance and to try different power setups if needed. 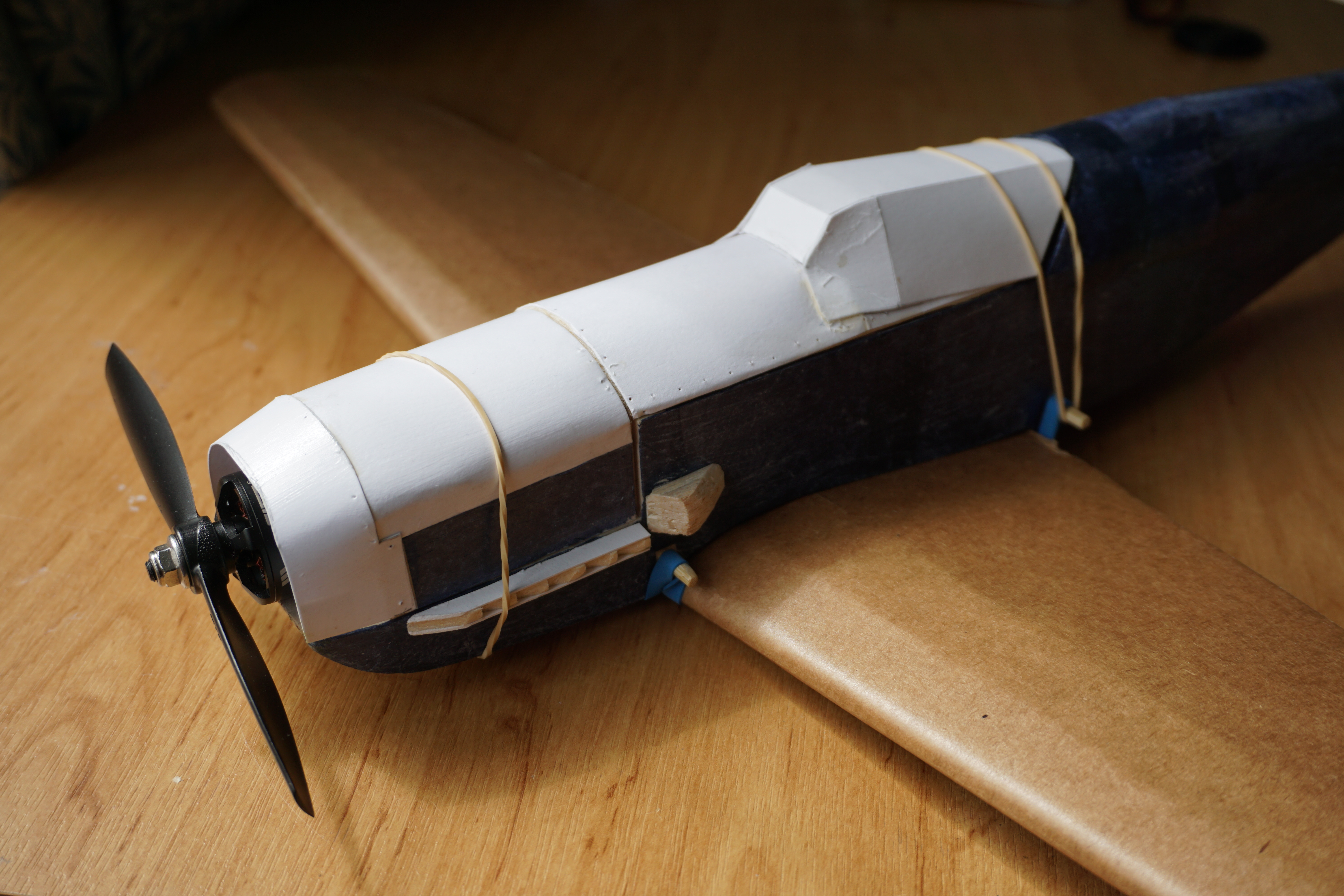 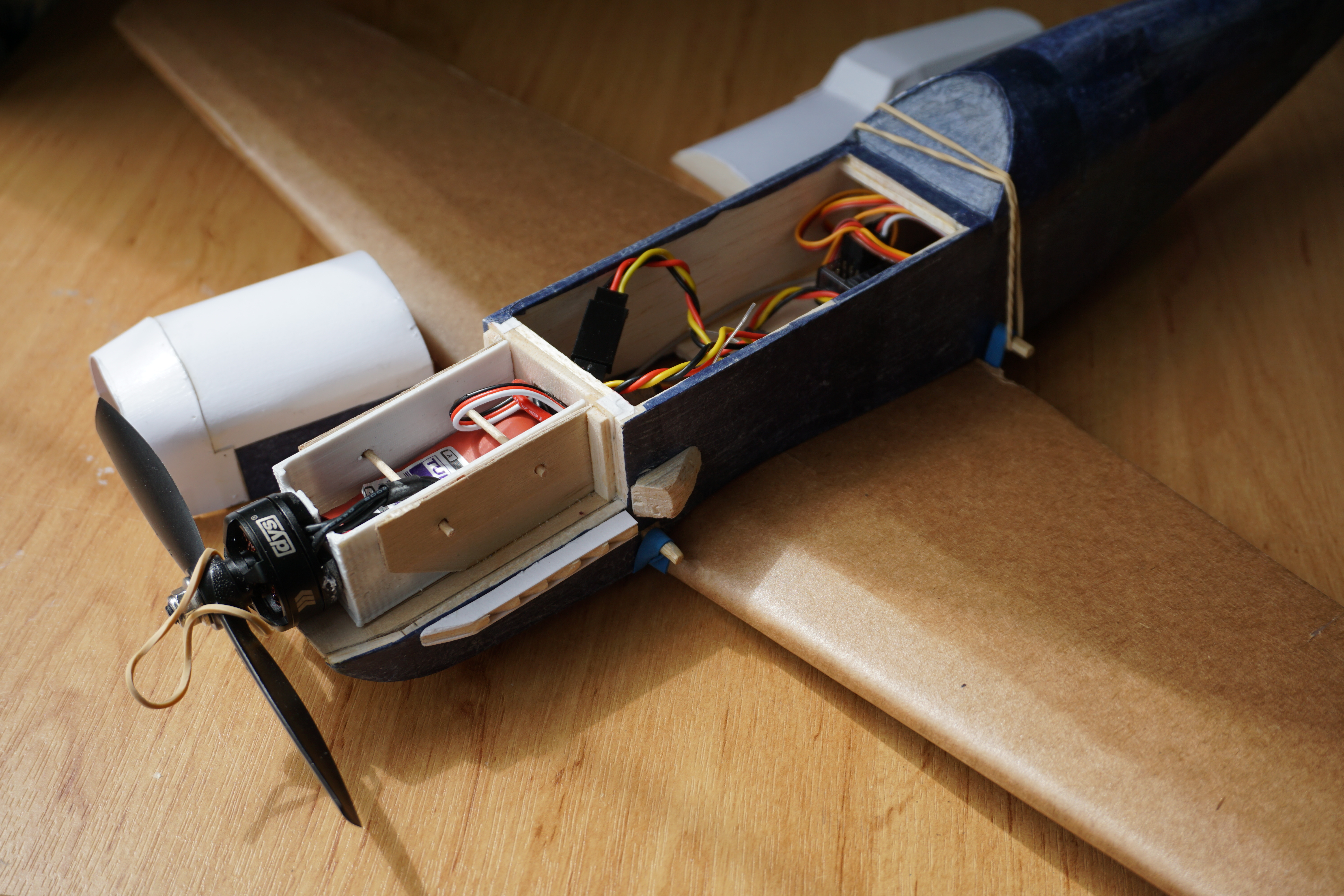 Under the hood, you can see how the Turnigy ESC fits snuggly into the 3D printed powerpod. 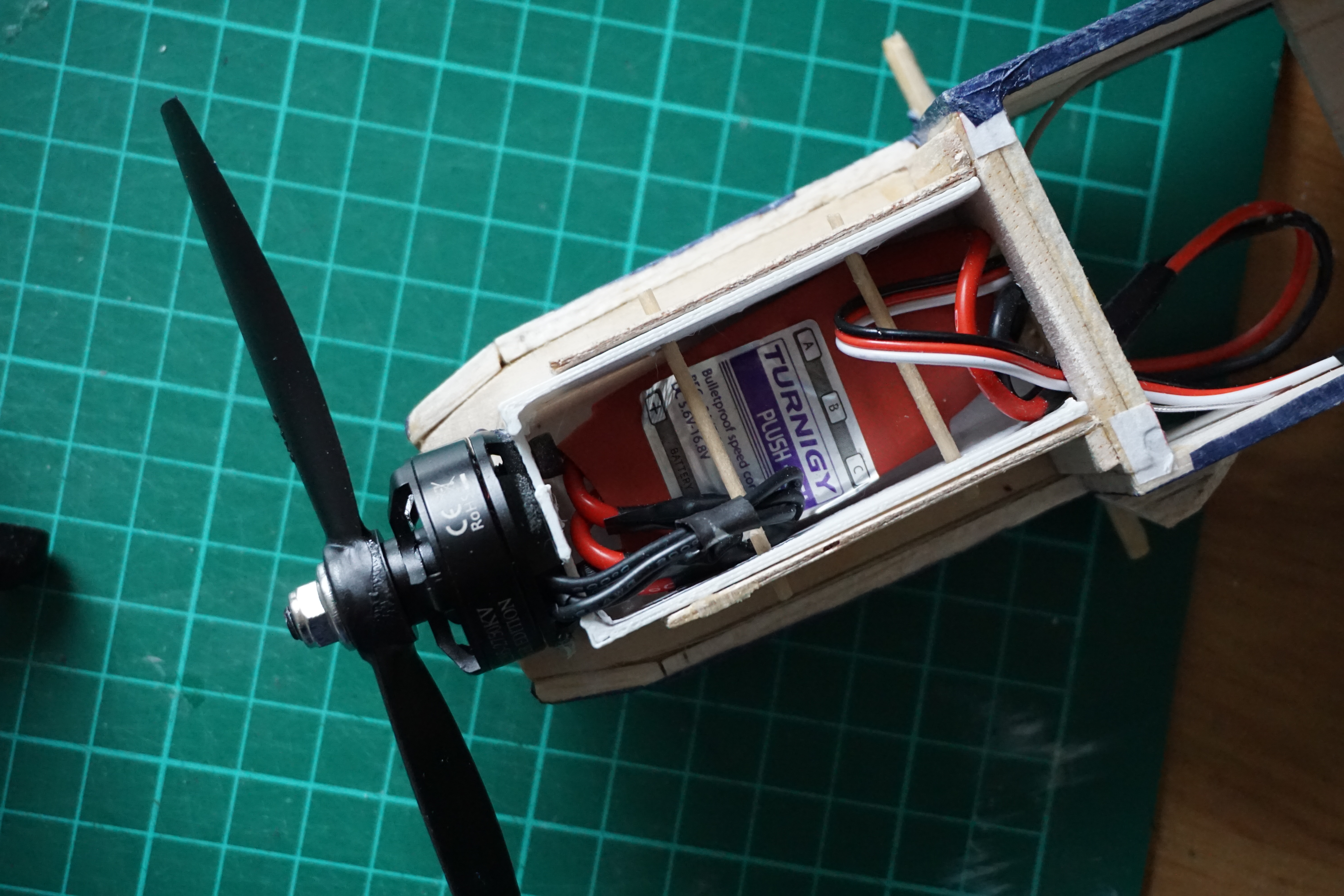 There's also a canopy hatch that can be removed to access the receiver and servo wires. 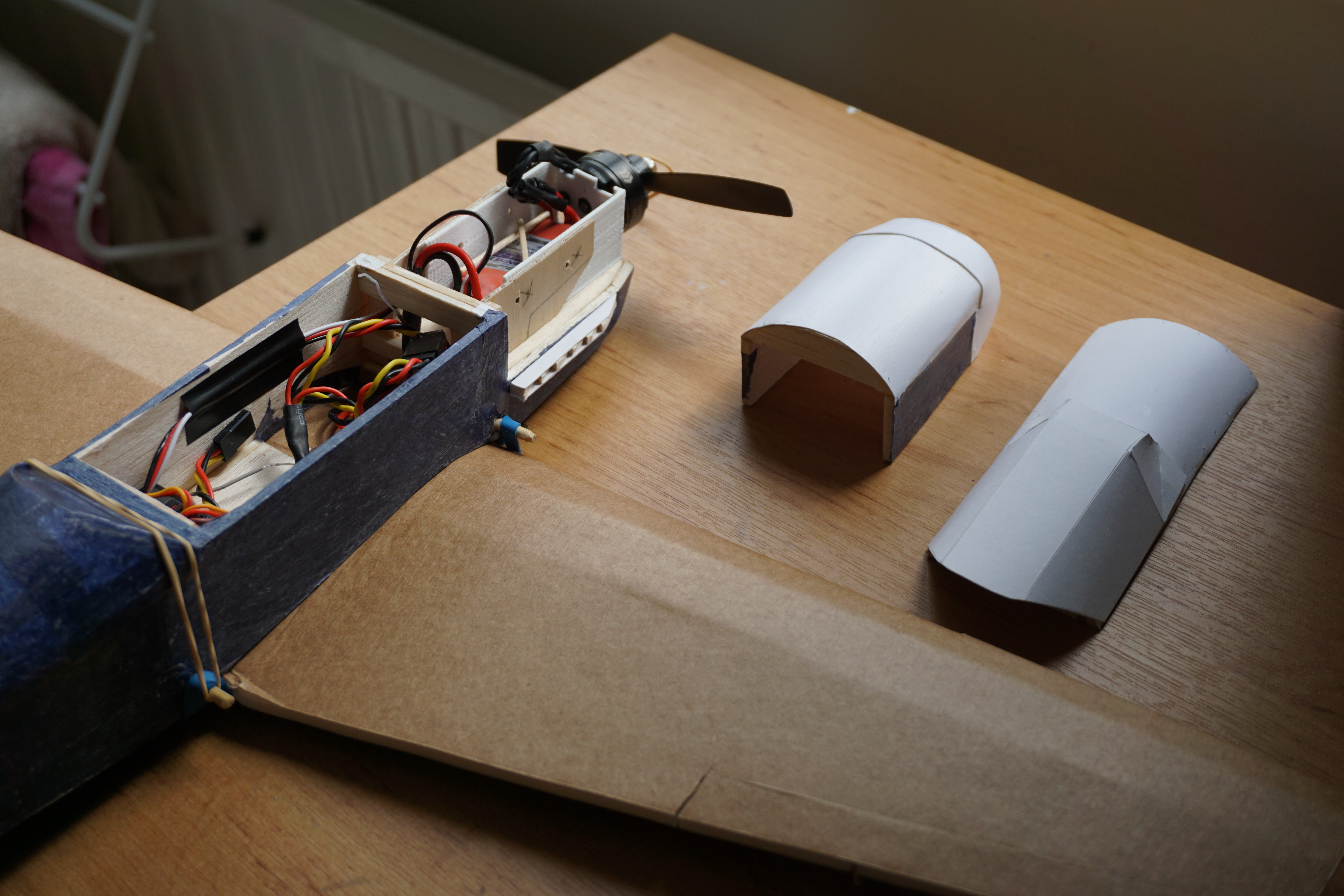 All done, the 109 looks pretty mean and ready for flight. 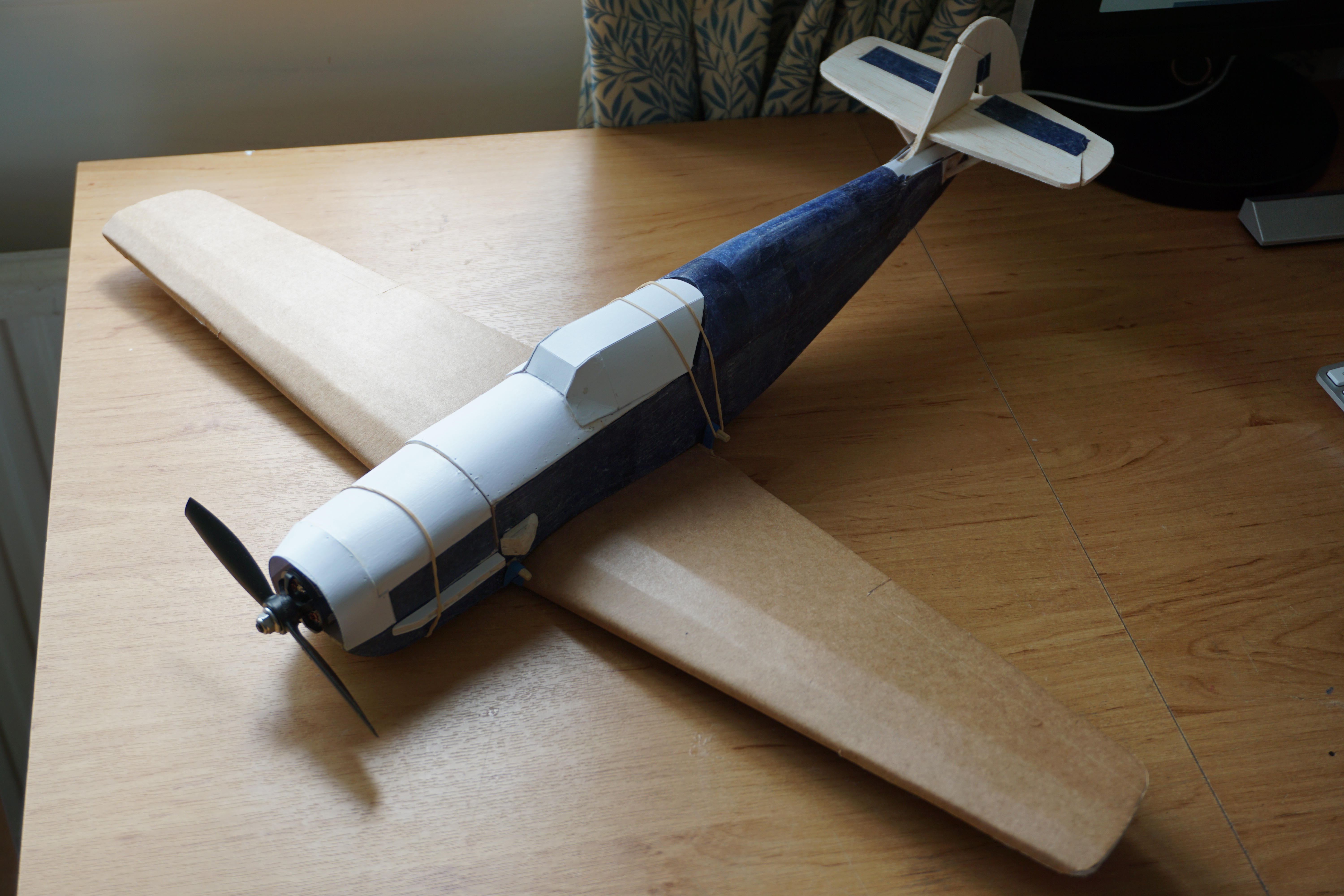 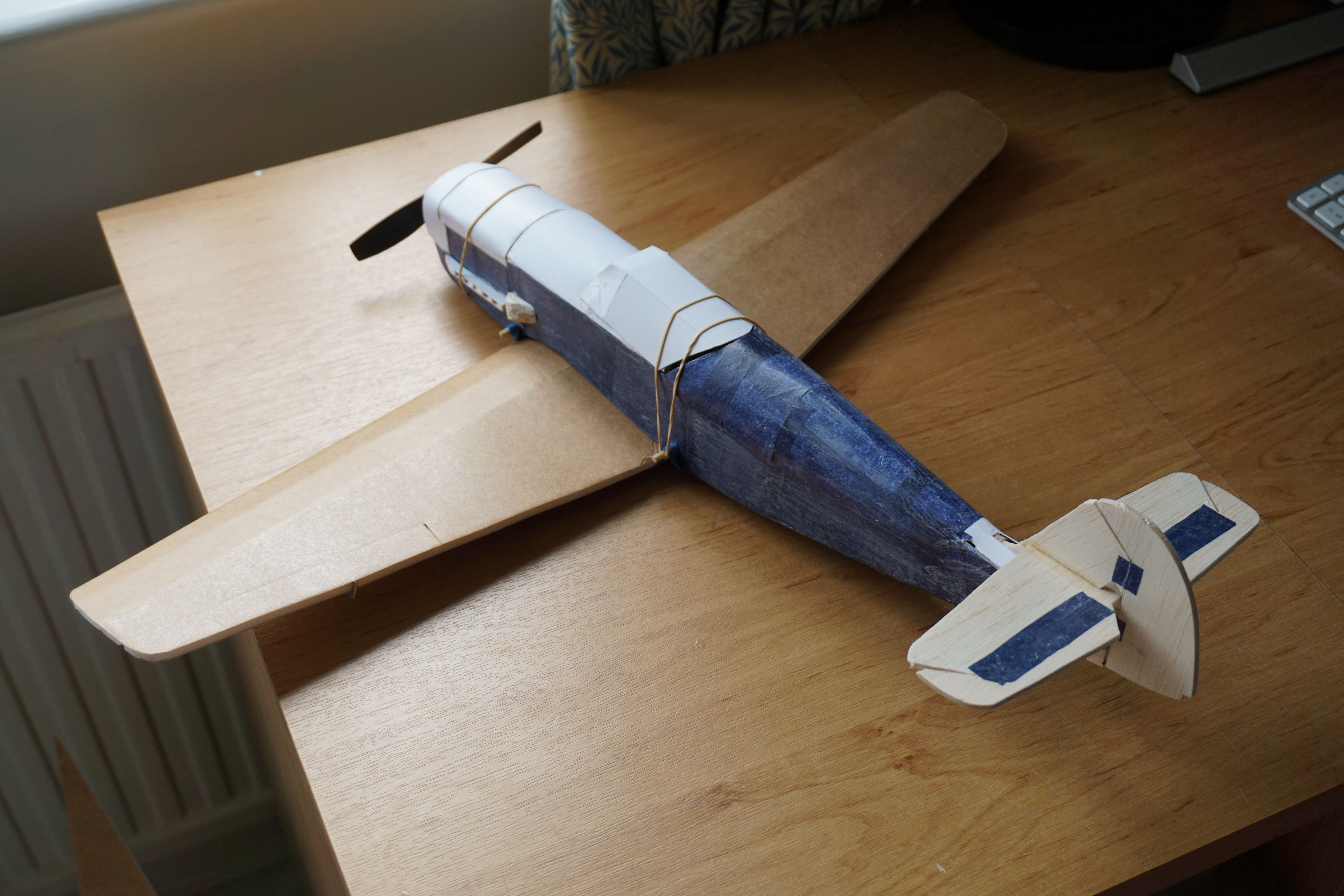 Next time, we'll be checking out how this model flies and going over any improvements or modifications I make. If you'd like to get started in balsa building, check out our video from a few years ago about the basics. 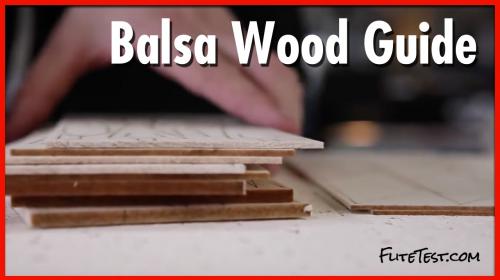 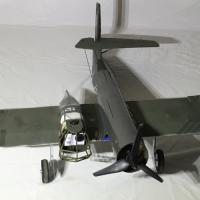 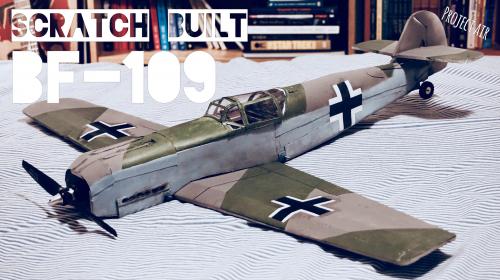 Jackson T on June 5, 2018
Nice job! Have you tried covering with Ultraocote or Monocote before? Can't wait to see the flights and the balsa wing!
Log In to reply

Building a Mighty Mini from Balsa!