The Ford Tri-Motor, somewhat worryingly nicknamed the Tin Goose, was a three-engined aircraft for transporting both people and cargo. Last year, one of our community members, Aviator08, had a crack at building an RC version. How big you ask? Well, this thing has a ten-foot wingspan. 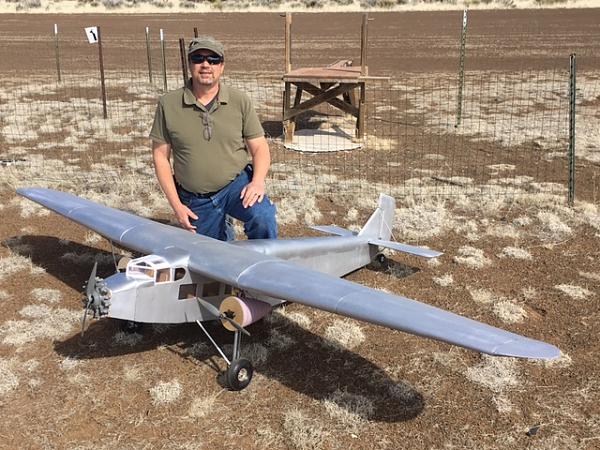 This corrugated metal bird was the first of its kind in many ways. Being quite versatile, including having the ability to land on dirt runways, this was the aircraft of choice of many start-up airline companies. 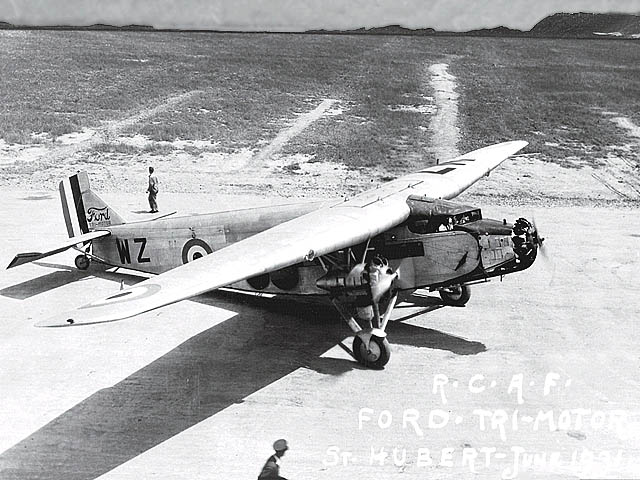 Inside the cabin, you could squeeze two pilots, one more crew member and eleven passengers. 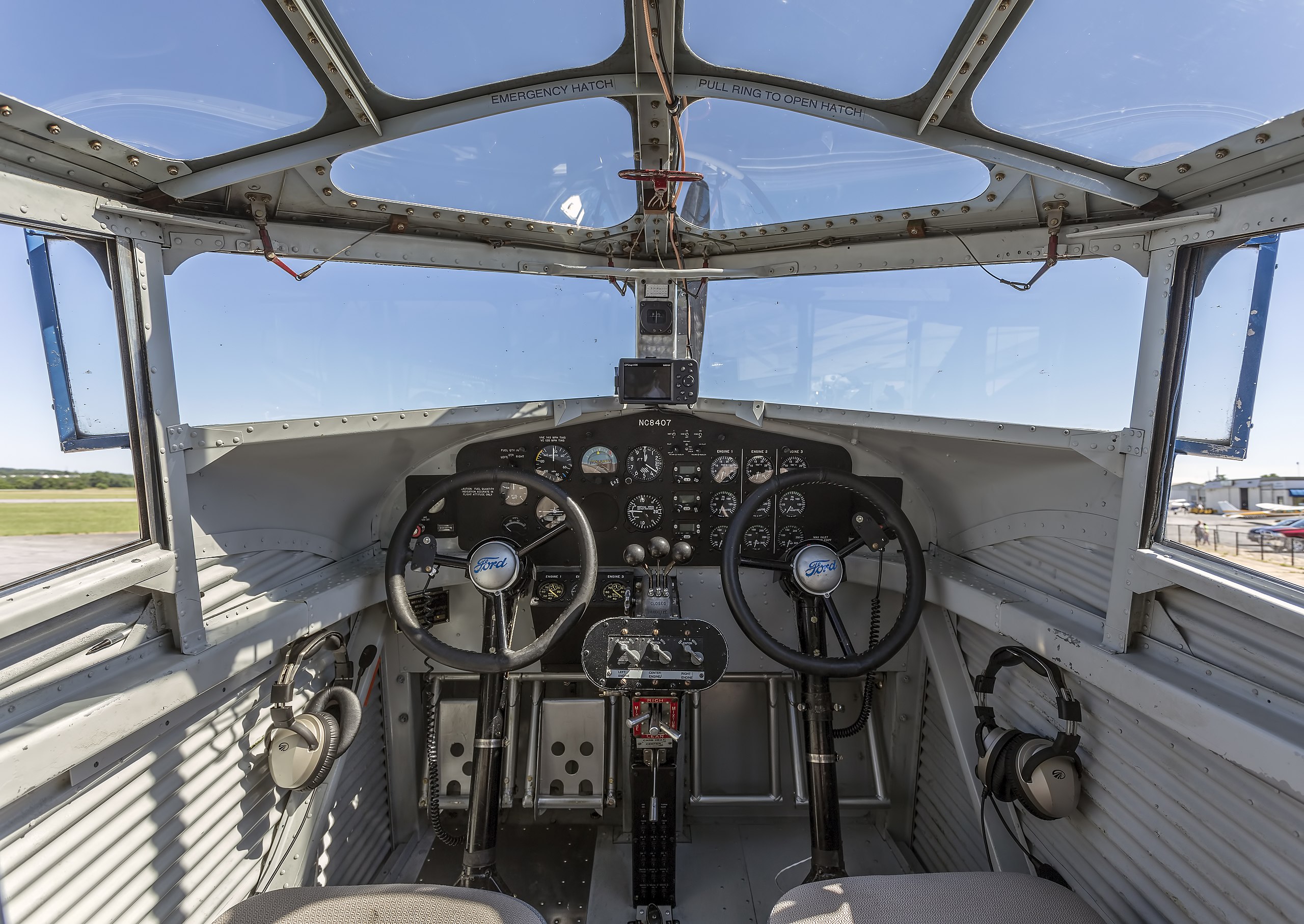 Aviator08, who is actually called Tim, decided to build his Tri-Motor to fit in with the Vintage Air Racers that would be flown at Flite Fest East in 2017. This was a forum collaborative competition that saw members build fantastic foam board replicas of golden age race planes. The Tri-Motor, therefore, had to have a wingspan of around 10ft. 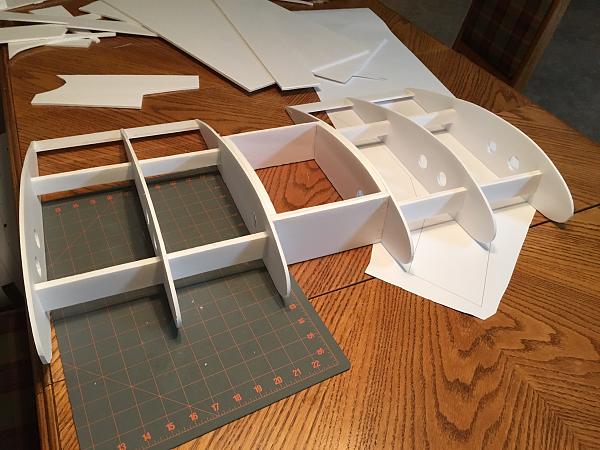 These enormous wings with a thick airfoil to match took on the form of foam board ribs and struts that would later be covered with more foam board. 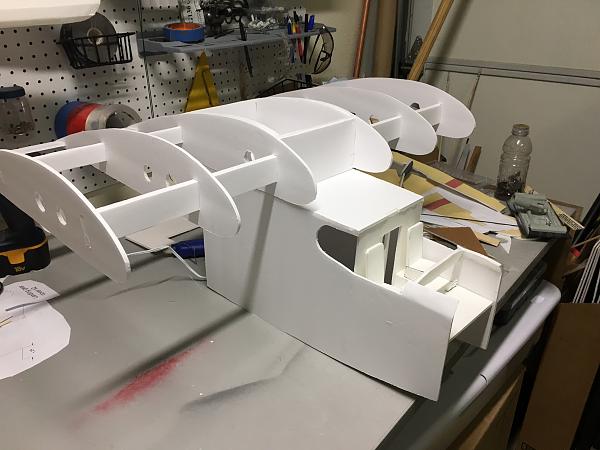 To split the wings into sections for transport, long metal tubes were slid through the ribs. These also acted as the spar. 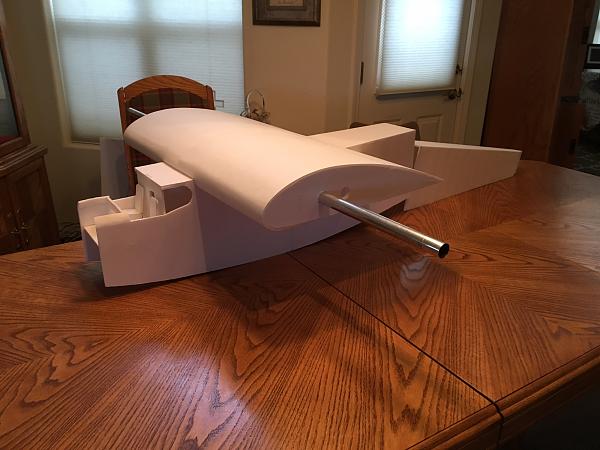 During this phase, the fuselage was also worked on. A central motor was added along with some cockpit detail and the tail structure. 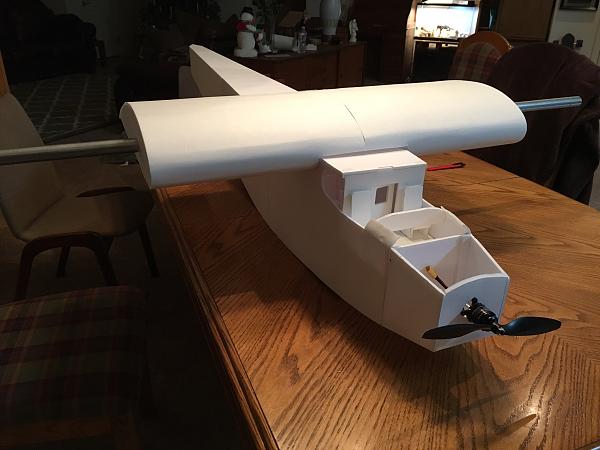 With the tail stabilizers in place and windows cut out, the airplane really took on that square Tri-Motor shape! 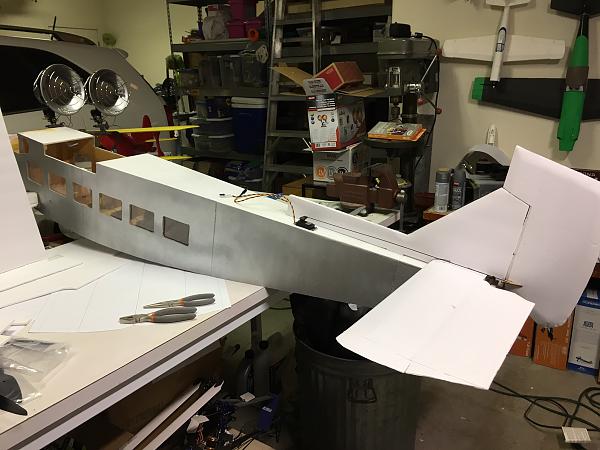 The outer portions of the wings were built one at a time. With this foam board cladding technique, that you could borrow for your own projects, the results look precise and very sturdy. 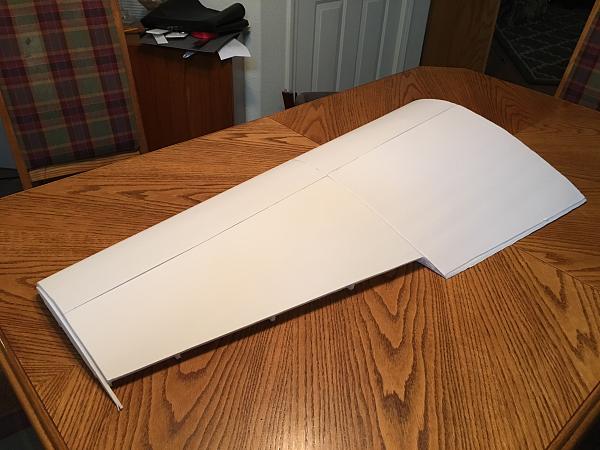 One of the iconic features of this particular aircraft is the large radial engines that give the Tri-Motor its name. These were 3D Printed. If you're looking to start printing details like this for yourself, check out our Flite Test article on getting started with this useful 21st-century tool. 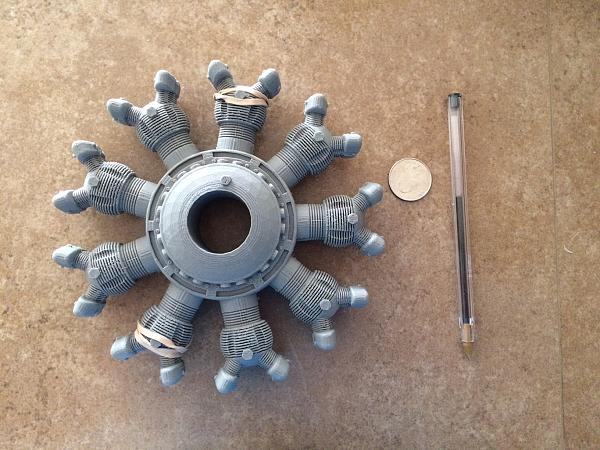 The engine nacelles were carved from pink foam. Using this medium in combination with foam board gives you a lot more scope to form your fuselages and wings to complex shapes without the need for elaborate origami-like techniques! 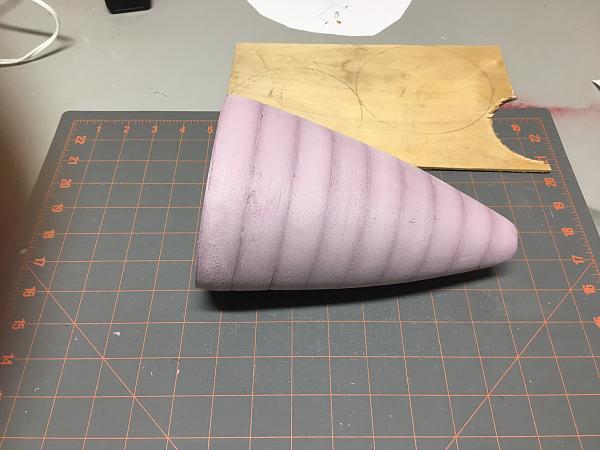 With a coat of paint, the 1930s transporter takes on a very realistic aluminium appearance. 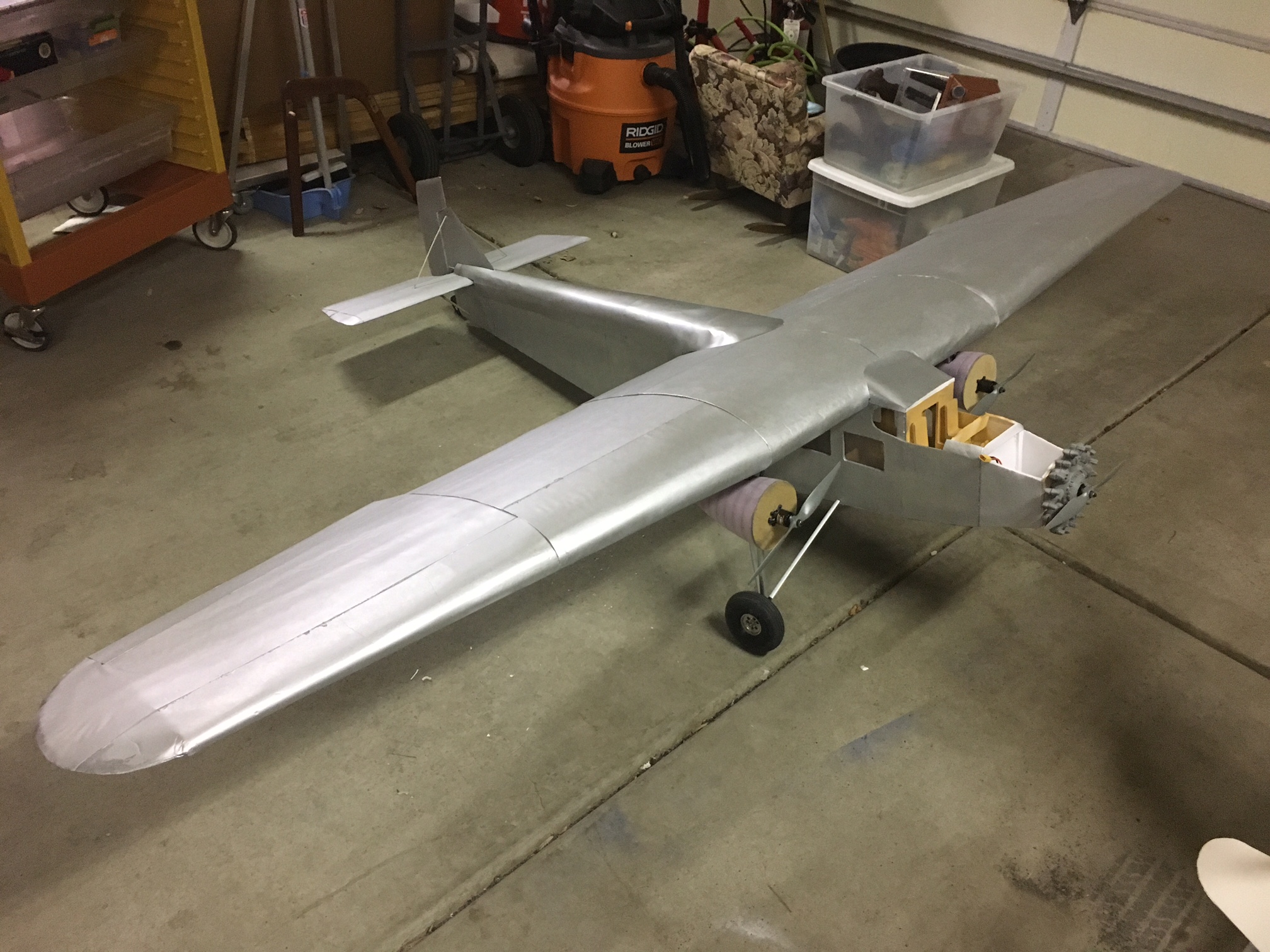 Make sure you check out Tim's biplane racer that he also built for last year's Flite Fest. 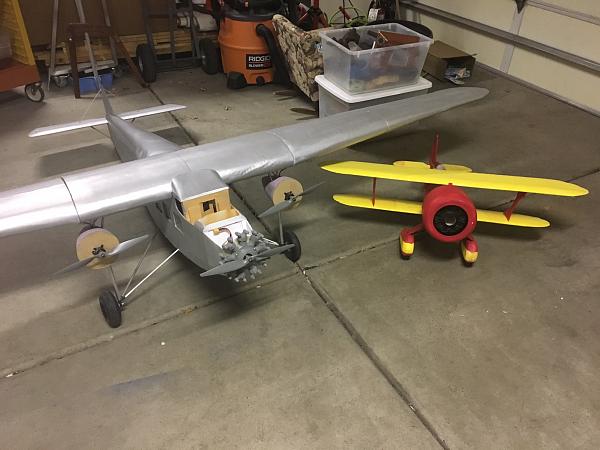 All ready for its first taste of the sky, the Tri-Motor was wheeled out for a maiden flight. Check out the video here. It's rather impressive.

Unfortunately, at Flite Fest, Tim's magnificent flying machine bit the ground on a rather unfortunate takeoff. 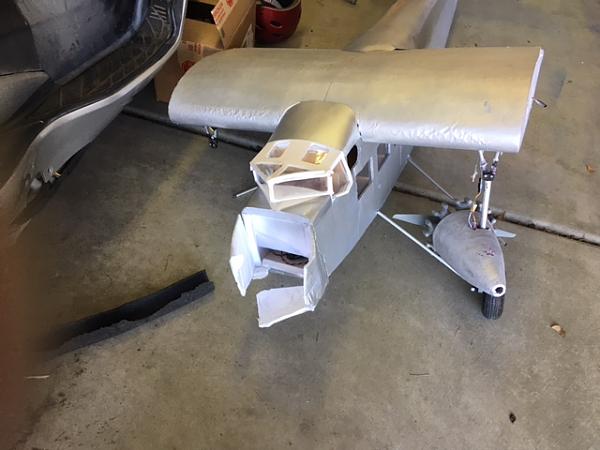 Damage on large models always tends to be fairly serious, as there's almost always more mass and more acceleration on impact! Considering this, the model didn't fair too badly. 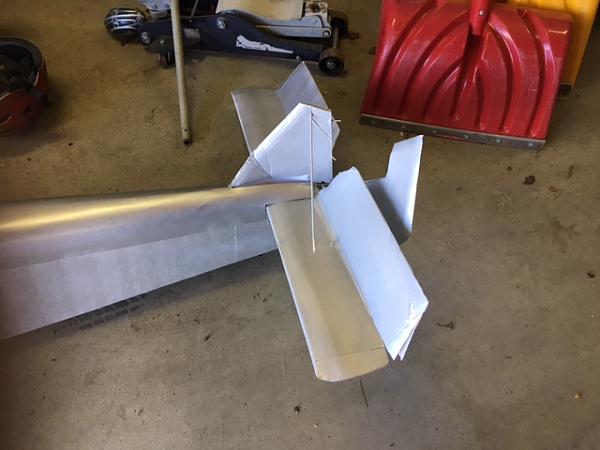 With some work, the big metal (or foam board) bird was back up in the sky.

We love epic builds like this project. They show you what can be achieved through hard work, perseverance and some simple materials and electronics. If you feel inspired to have a go at an epic build for yourself, let us know by posting about it in the forums or by writing an article like this one!

Forum Thread on the Tri-Motor

History of the real Tri-Motor

Aviator08's detailed article on the project 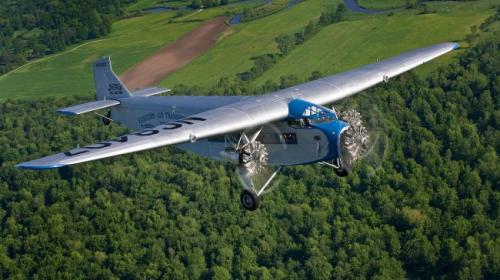 Gryf on April 6, 2018
Scale classics in foam board are sure a challenge, but they can look really amazing, like this one. Great article!
Log In to reply
FliteTest on April 9, 2018
We would have to agree with that!
Log In to reply
tomh on April 13, 2018
Very nice!! I'm 90% complete with my first major scratch build, a Shorts Sky van. I thought I might be crazy for building a flat bottom wing built up with foam ribs, because I thought of the idea, and never saw anyone else do something similar until now! I feel encouraged it might work out well. I have a large basswood spar on the bottom, bamboo stringers, and t he piece de la resiatance- a carbon fiber arrow shaft as the top wing section spar. Loved reading this and watching the video, awesome build sir.
Log In to reply
Jeffk813 on October 21, 2019
Ever since I was a kid (in the 70s) going out to Put-In-Bay where my grandfather owned a cottage, I've been a fan of the Ford Tri-Motor. Island Airlines used to fly them out to the Lake Erie islands way back in the day. I would LOVE it for FT to make a foam board kit (not a 10' wingspan kit of course, though that would be epic too!). It would be a great homage to some of Ohio's great aviation history.
Log In to reply