E-flite Viper 70mm EDF - A Jet For Everyone

The Viper 70mm EDF has just been announced by E-Flite, and it looks to be the all-round jet we were looking for.

With a 70mm, 12 blade EDF unit combined with a 6S battery, the Viper doesn't sound like it should be a would option for beginners. However, what with E-Flite's signature SAFE technology, this model is actually a superb choice for almost any RC pilot. Coupling outstanding performance with technology that makes the plane an ease to fly, E-Flite has done it again. I for one can't wait to get my hands on one. Here's the low down on this plane and its features.

The Viper is packed with great tech, but top of the list has to be the SAFE Select and AS3X features. If you're completely new to E-Flite and Horizon Hobby, these two features essentially make it very easy to fly models that would otherwise be unsuitable for beginner-intermediate pilots. AS3X (Artificial Stabilization–3-aXis) handles the wind and any turbulence when flying. It smooths out your flight experience to make you feel as though you were flying a much larger model. SAFE Select is an optional feature that sets pitch and bank angle limits to keep you from accidentally rolling the aircraft over or putting it into a steep dive. It can be programmed to a switch, allowing you to hand the aircraft over to a less experienced pilot or toggle the switch whilst learning to 'bail out' of a bad situation.

Spectacular performance is what you expect from a jet, and this thing doesn't disappoint. Buried in the EPO foam fuselage is a 12-blade 70mm Electric Ducted Fan (EDF). When combined with a 6S 3200-4000mAh Lipo, the viper has nearly unlimited vertical and a top speed of over 100mph. 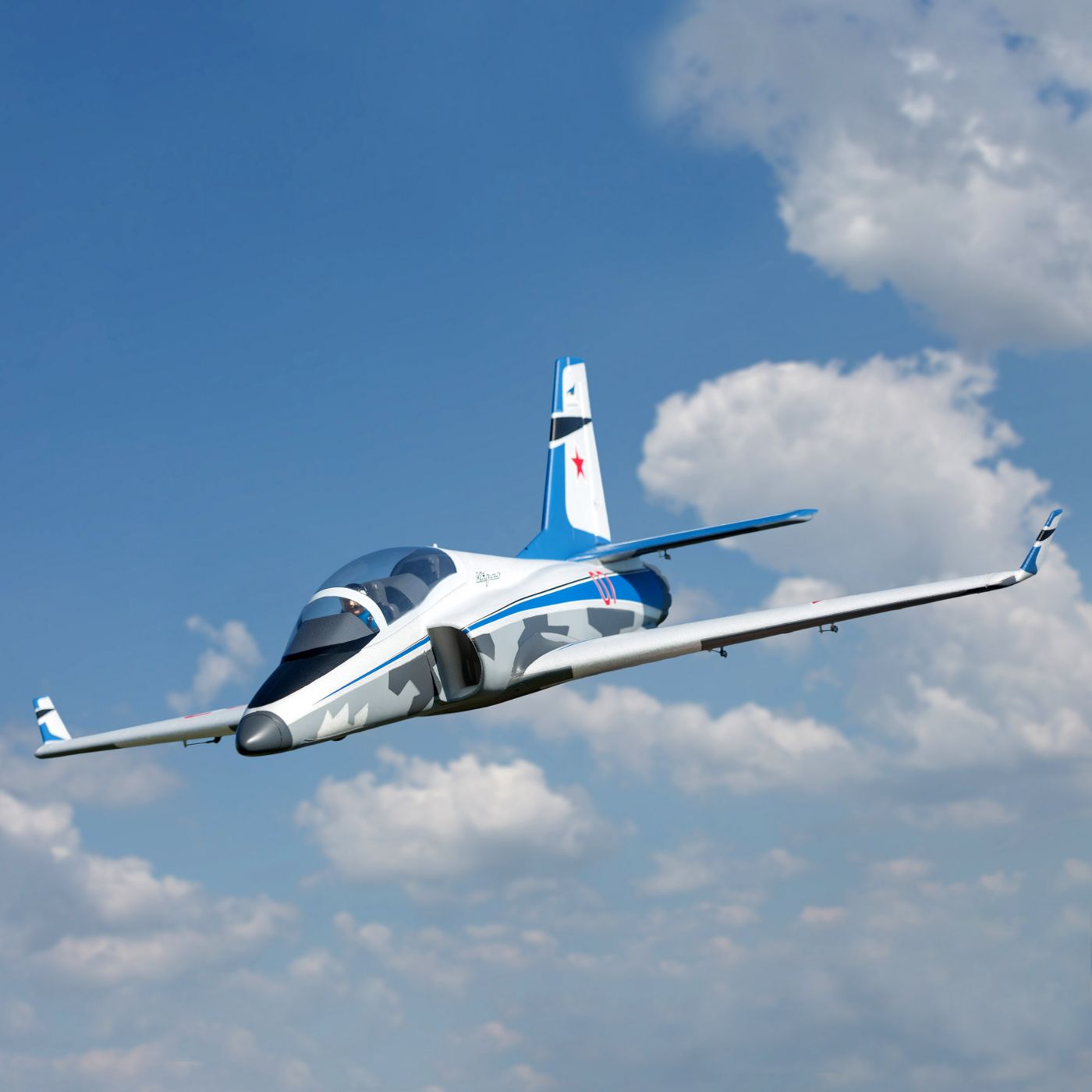 Thankfully though, again to the benefit of the beginner, the speed envelope of this machine is very wide. Flaps can be programmed to slow the aircraft right down on an approach, and durable retracts also offer a great amount of flexibility when it comes to choosing somewhere to take off and land. They have wire sprung legs meaning that the gear absorbs a lot of the bumps from rough field or runway. This is an important quality for a good set of retracts to have as you'll end up spending more time flying and less time fixing problems. 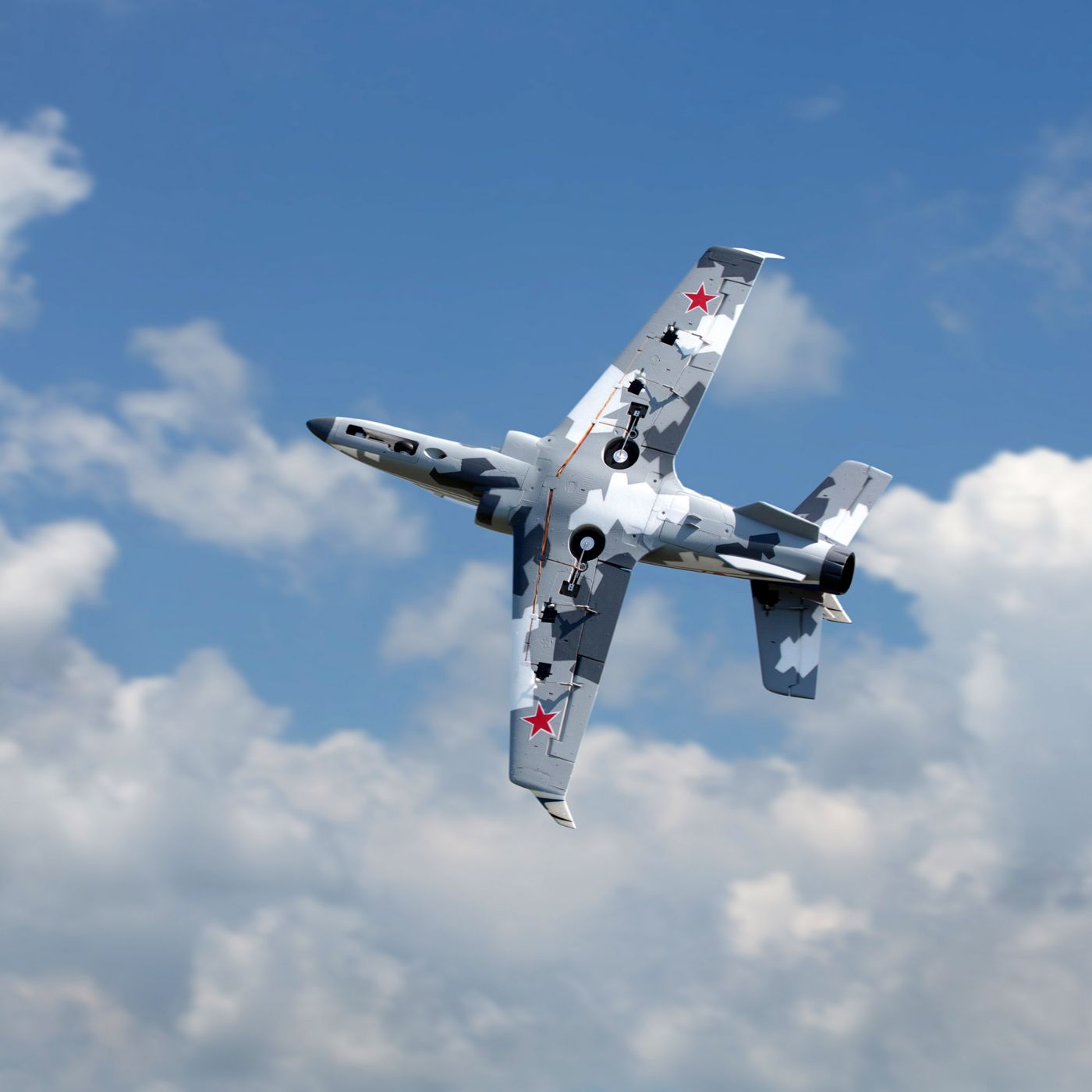 It must also be mentioned that this airplane really looks the part. It bristles with scale detail such from the exhaust nozzle to the cockpit. 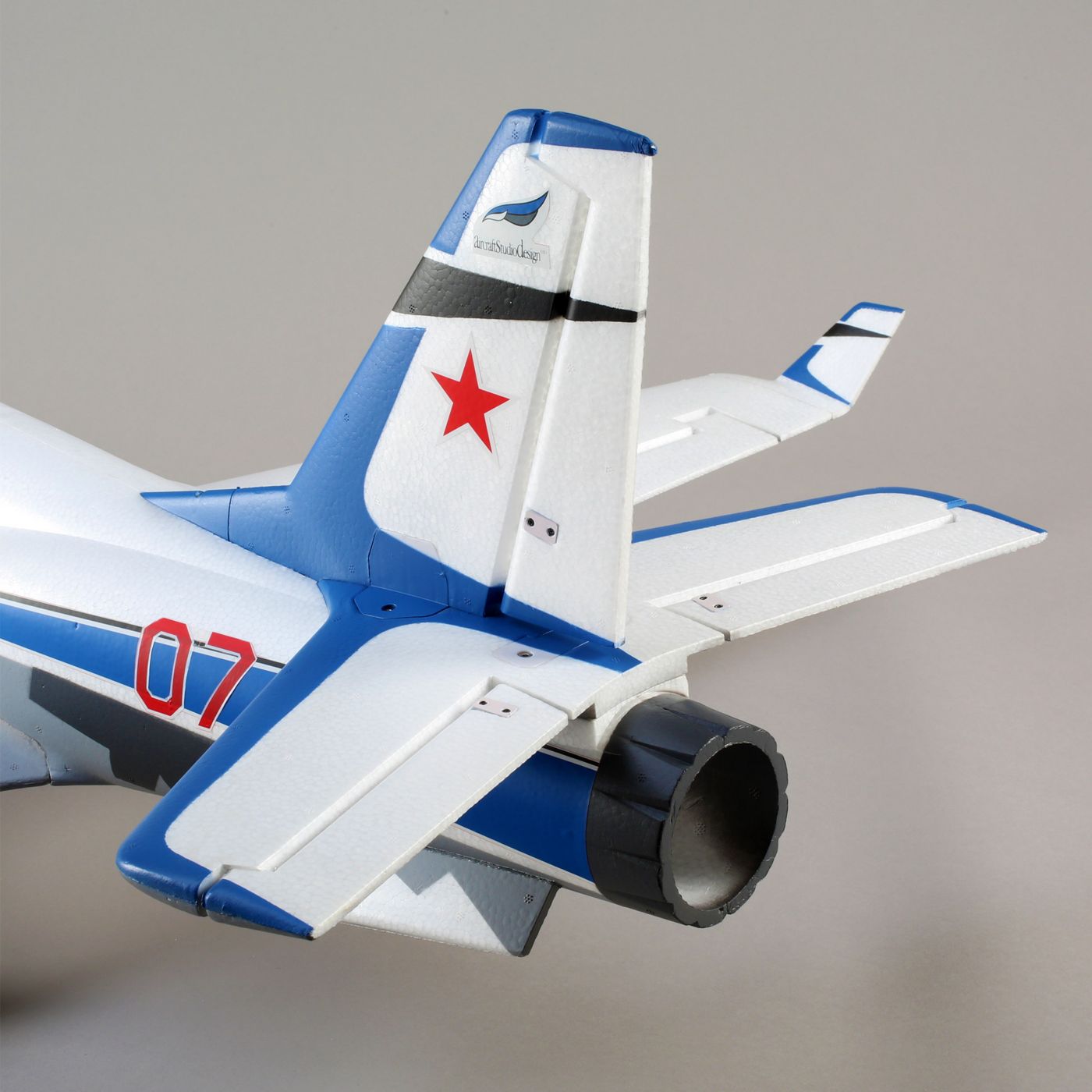 For taxiing, there's a steerable nose wheel, again on a sprung wire landing leg. This is driven by a metal gear servo like all of the control surfaces on this EDF jet. 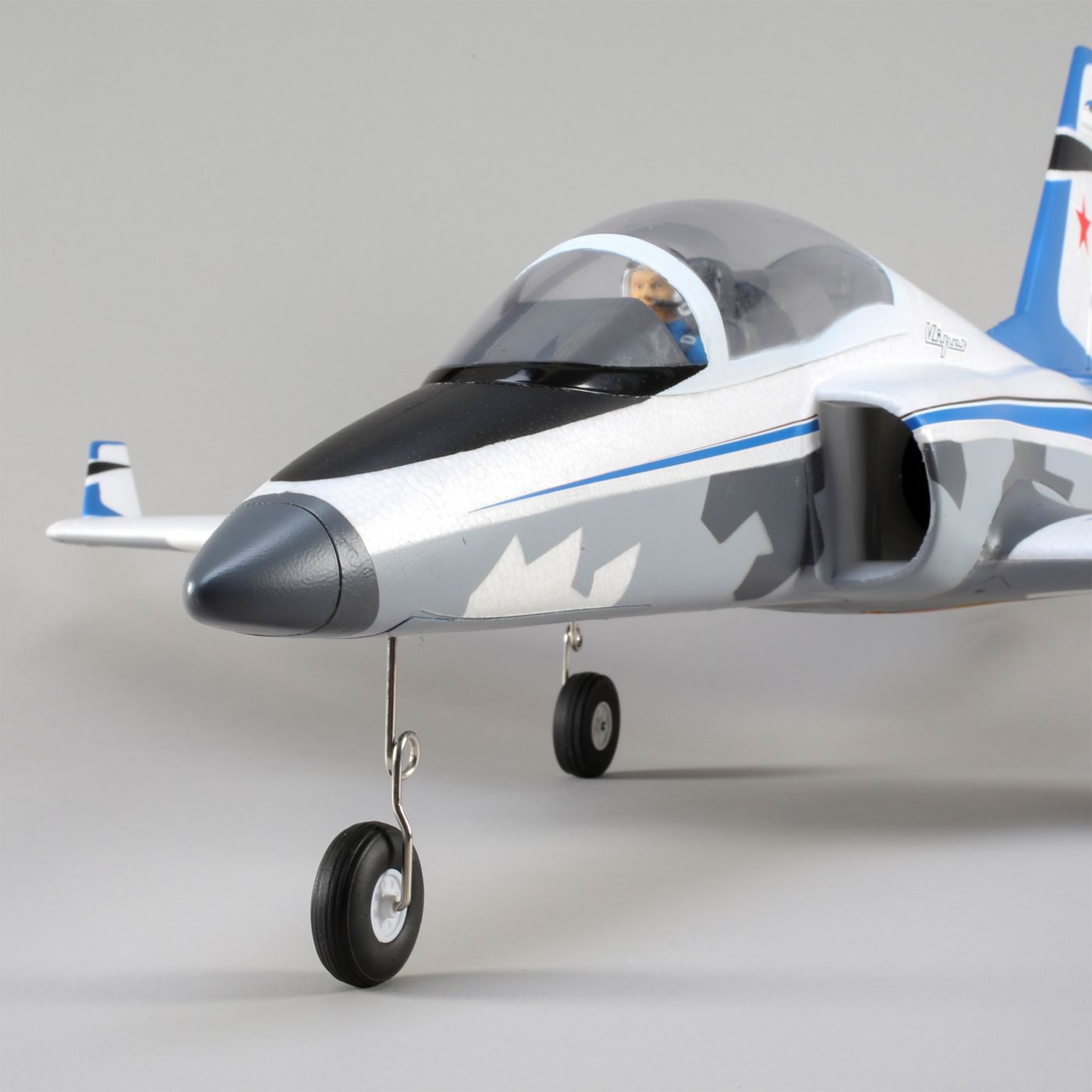 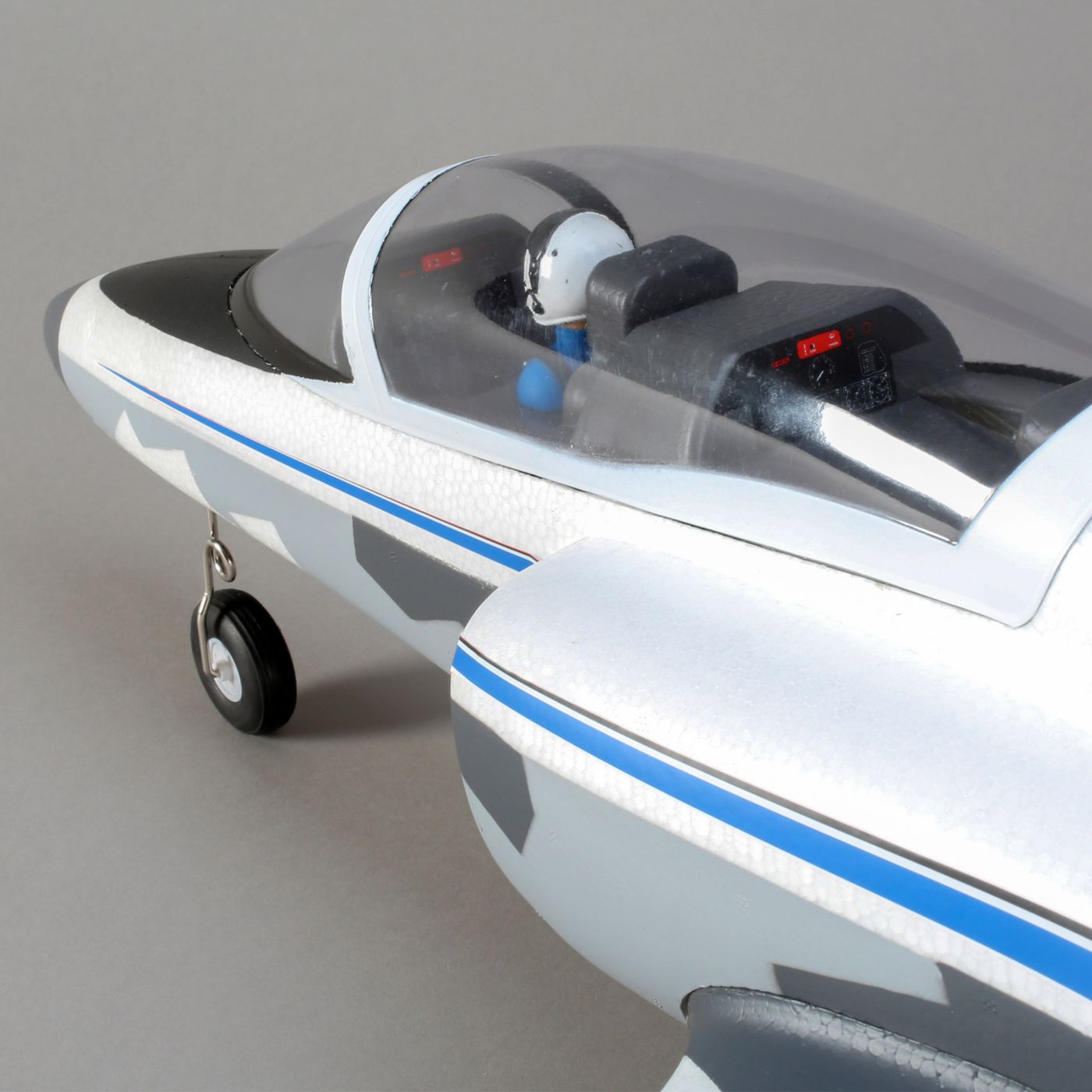 So how much will one of this cost you? Well, the BNF (Bind and Fly) version comes in at $249.99. This includes the AS3X receiver and SAFE Select feature. If you want to get the simple PNP (Plug and Play) version, where you have to supply your own receiver, you'll be looking at $219.99. For an aircraft packed with amazing features and fantastic flight potential, this isn't bad at all. 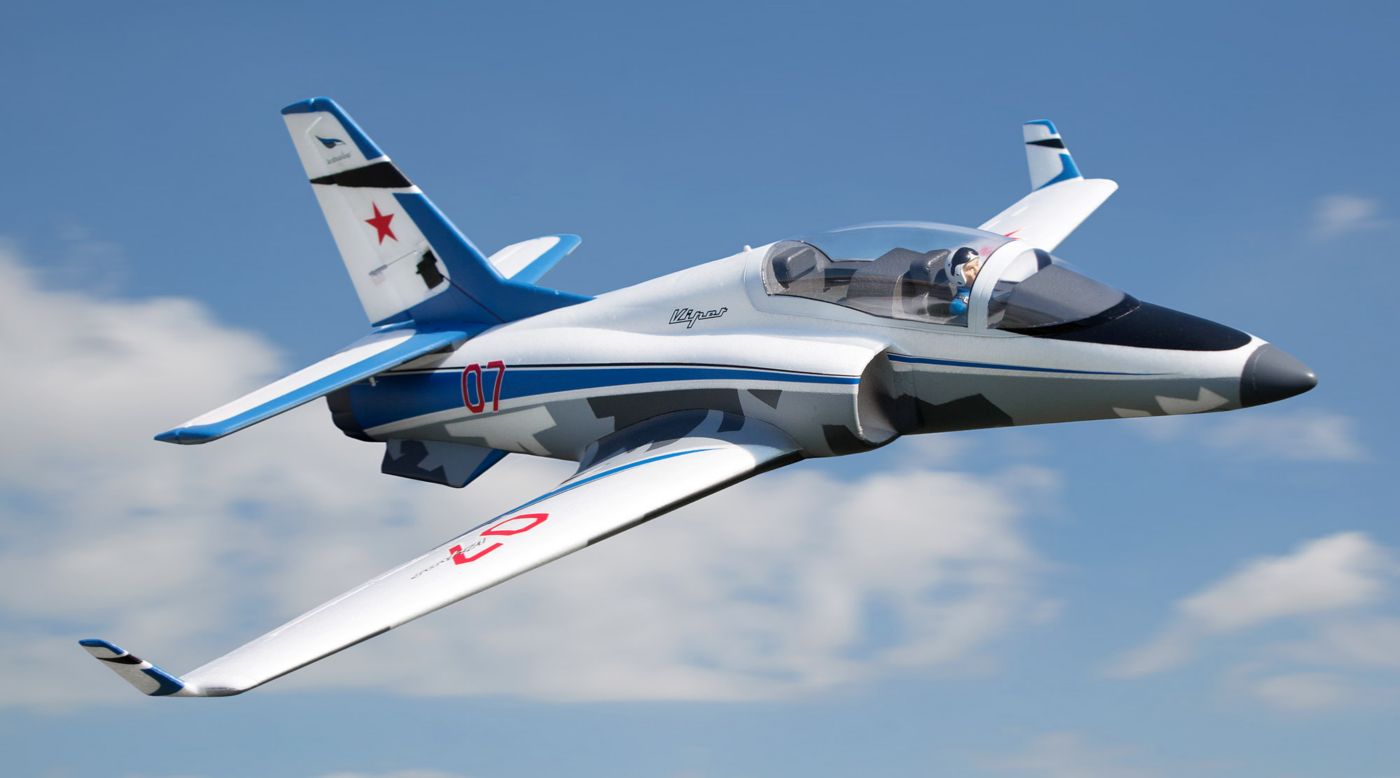 E-Flite is marketing this EDF plane as a first Jet. Much like our foam board Viggen, it's aimed at someone who has never flow an EDF before but is keen to do so. Obviously, like with all EDF airplanes, this isn't a first RC airplane, but it is a good third 4+ channel. This means, if you've flown a few planes with four channels or more, you'll probably be fine with this one. It has some great features to help you fly it after all!

See the E-Flite planes we stock in our store 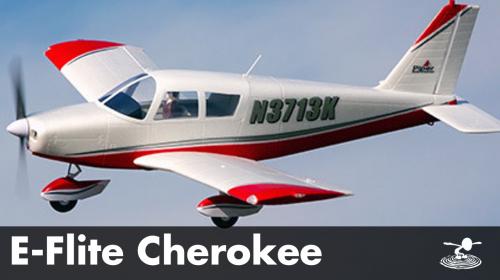 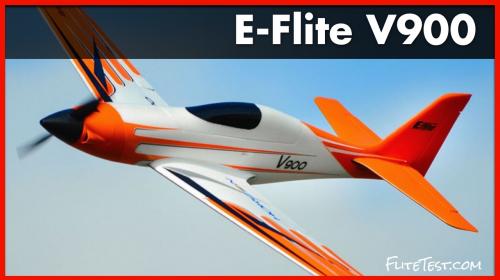 E-flite Viper 70mm EDF - A Jet For Everyone