To recap - I wanted to build a DLG styled electric glider - this is only my third build, but I wanted it to be ambitious - I think DLGs are quite sexy looking and I like the idea of the flaperons so that narrowed the field quickly!

As a side issue, I am looking to convert my mode one TX (JR X378) to mode two! sticks are done but there is no digital option to change modes so either I rewire the throttle with the elevator, or I swap the RX over and see what mixing is available. Probably I should get a new TX at some stage, but the JR is a nice unit!

Where I left off in part one I was glueing the top foam wing skins with a view to preparing for the fibreglass! Compared to my first foam wing glider with a similar wing size and a chord thickness of 24mm, this wing is only 18mm thick - I based the size on the blaster 2 aileron template, so hopefully, it will be good enough! Time to get busy! 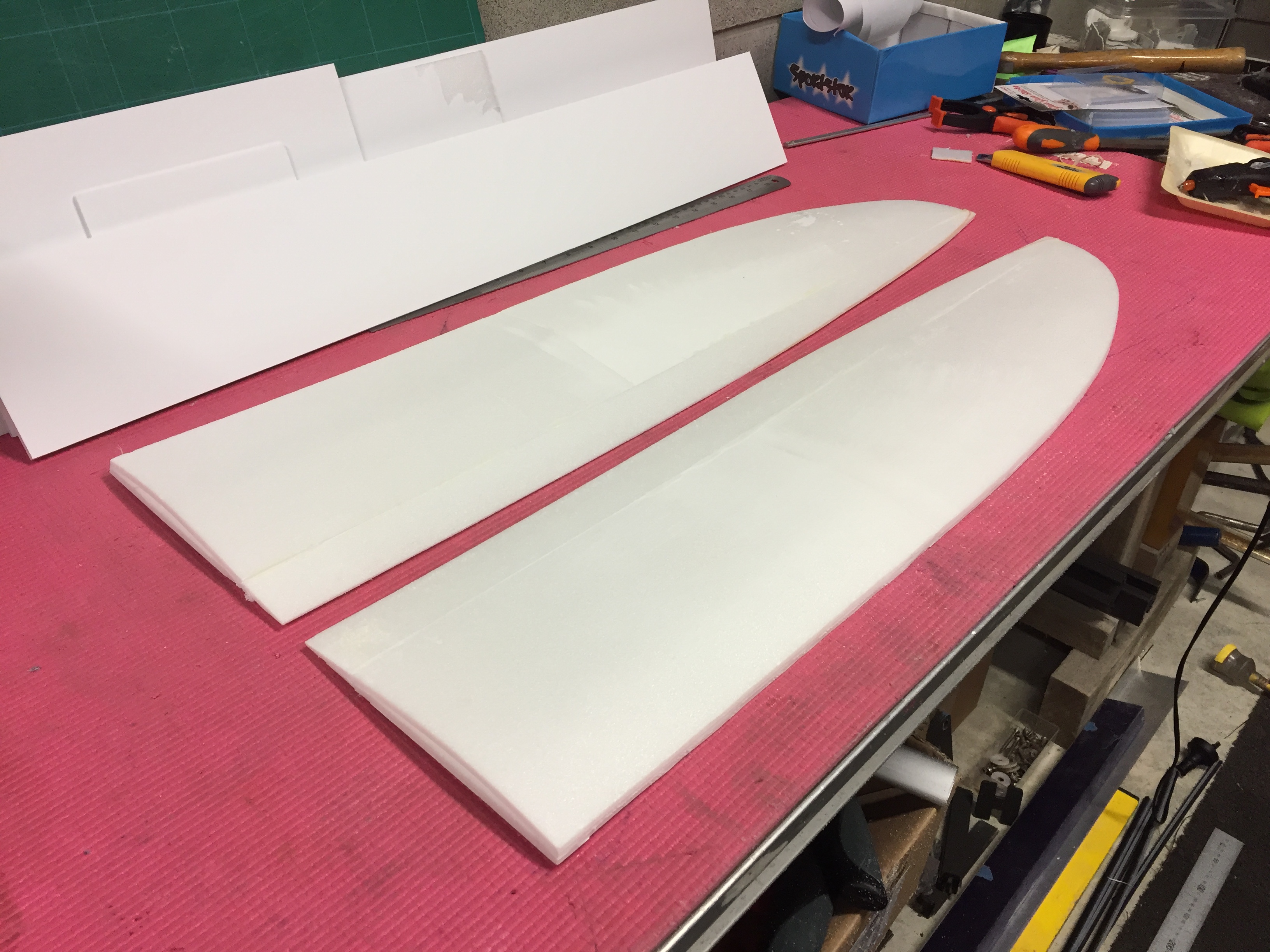 I decided to add the ailerons to the foam blanks with the hope that they will shape better and help support the wing during the glassing process. The plan will be to glass the top first (including aileron) then prep the bottom, cut a channel for the aileron, glass the bottom, then separate the ailerons from the wing by cutting through the channel. Then I will reattach the ailerons with a bead of silicon to create a hinge (apparently they work well)!

Ailerons are reattached and roughly sanded, however, with the benefit of hindsight I could have made the complete wing from one piece for the top and the bottom including the aileron, and if I did that, I think I would use spray glue for the back edge as it was difficult to get the hot glue onto the very this section - just a thought! 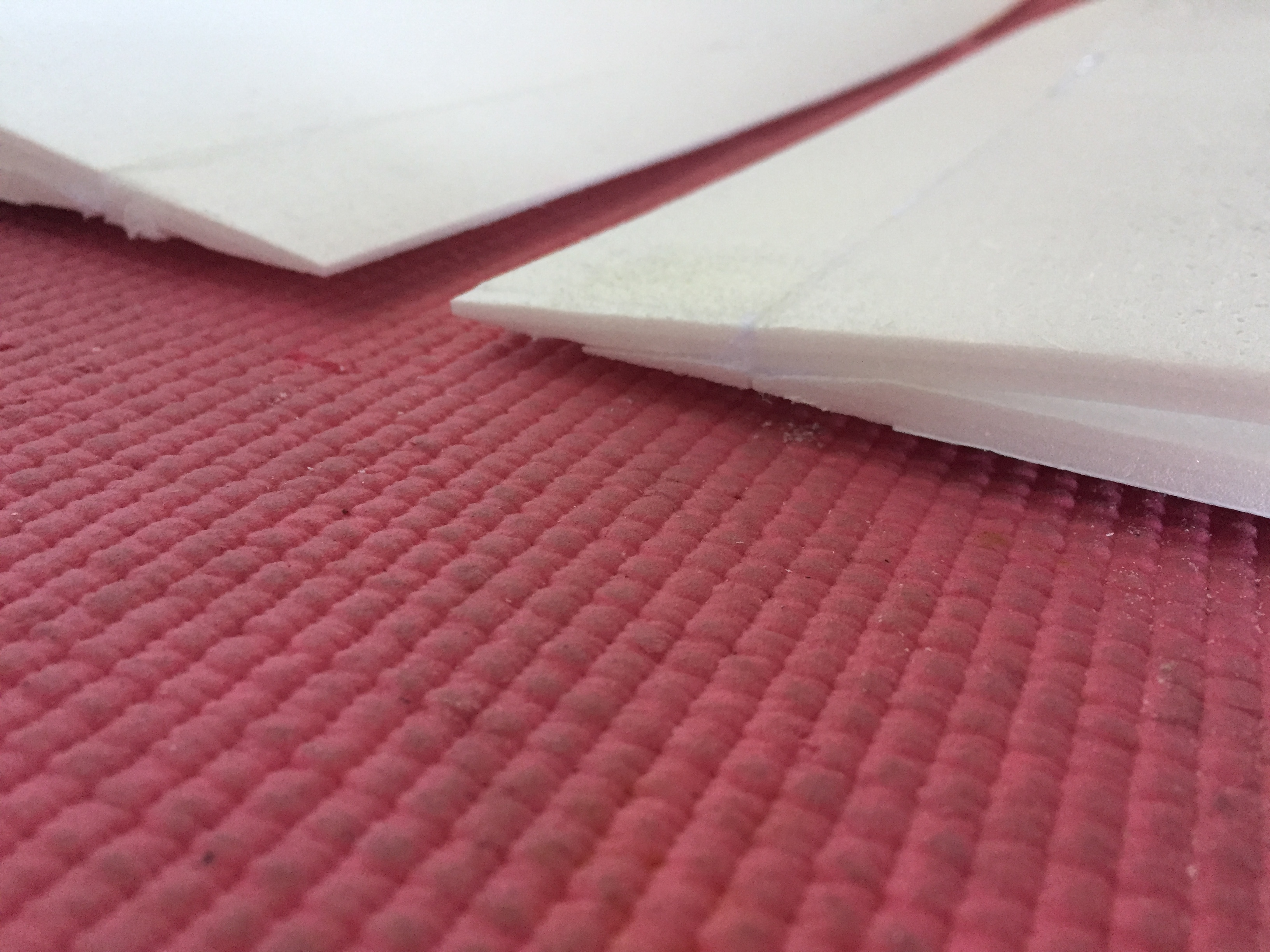 I still need to sand the leading edges and tidy up the top surfaces before joining them at the centre and attempting the glassing of the top surface.

Sadly some hot melt that migrated to the top surface when I joined the ailerons on so I cut it out and mixed some foam sanding dust into a small amount of epoxy to act as a filler. I will sand them in the morning and go from there. Hopefully, the epoxy will help stiffen the thin edge of the wing as the top surface is glassed! 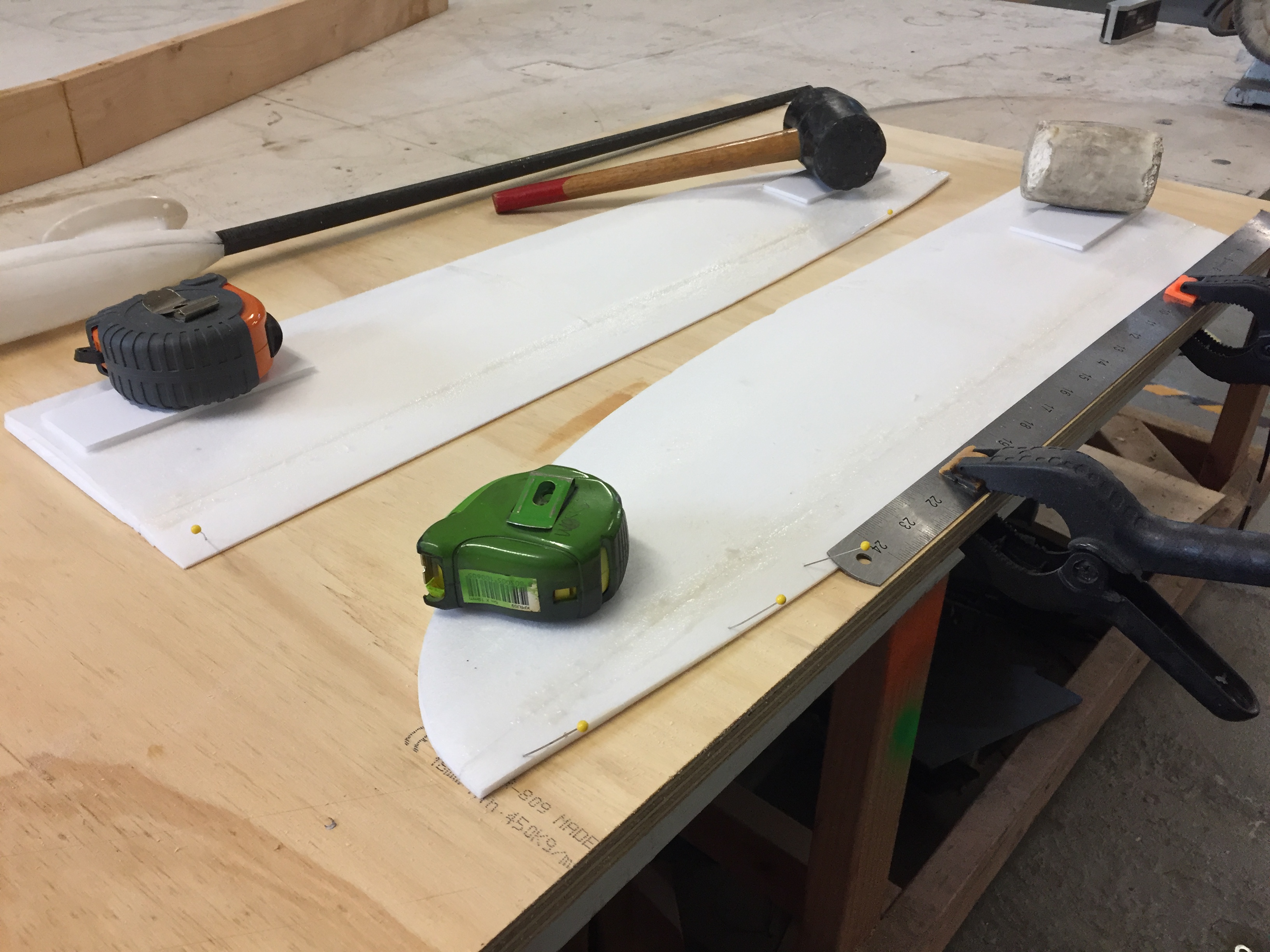 I was quite anxious overnight, but it all turned out rather well. Glueing the wing halves and adding the centre wing mount with hot glue was a bit of a mission but with the 12 dihedral jig, it was easier to get it aligned. 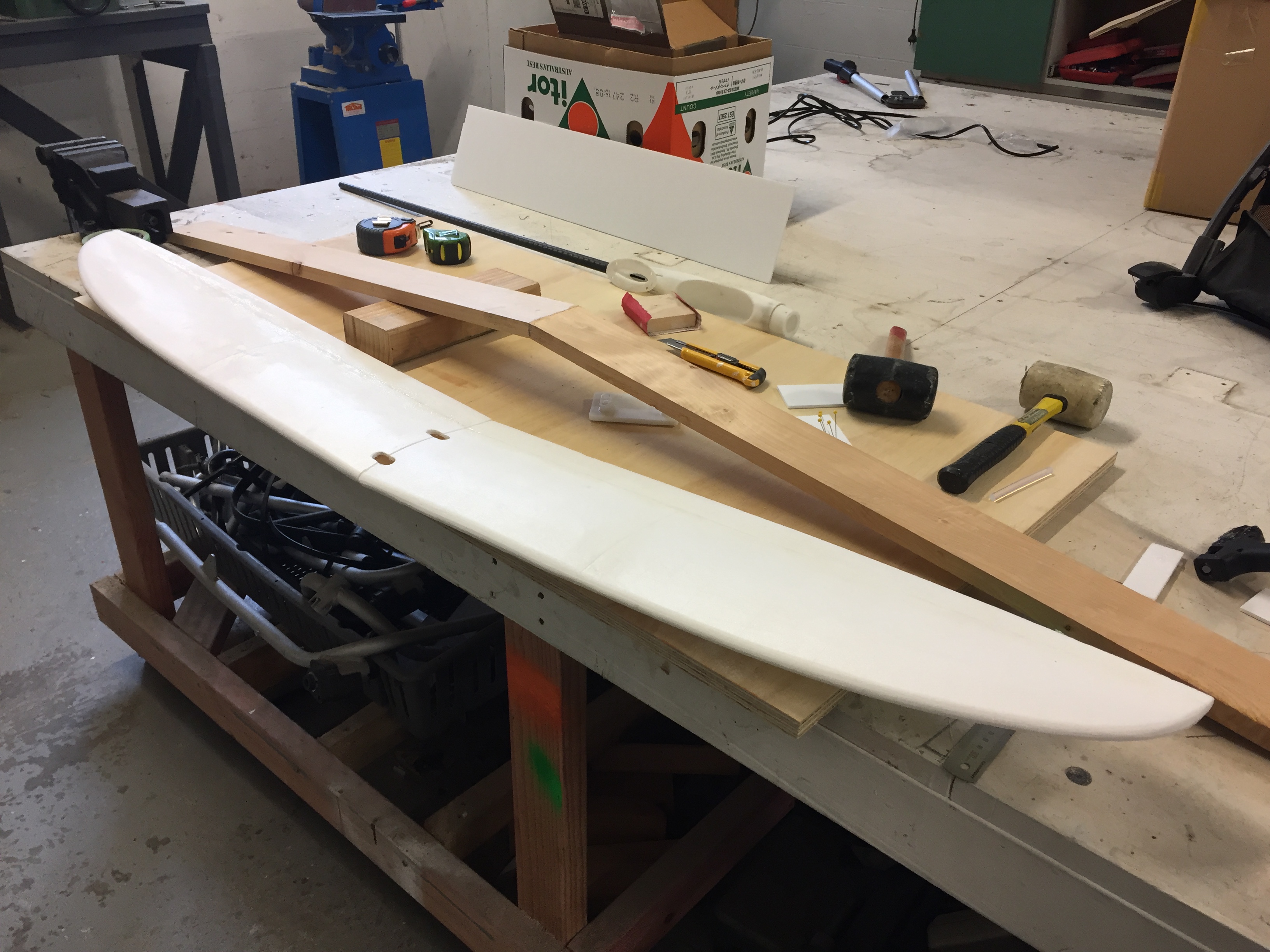 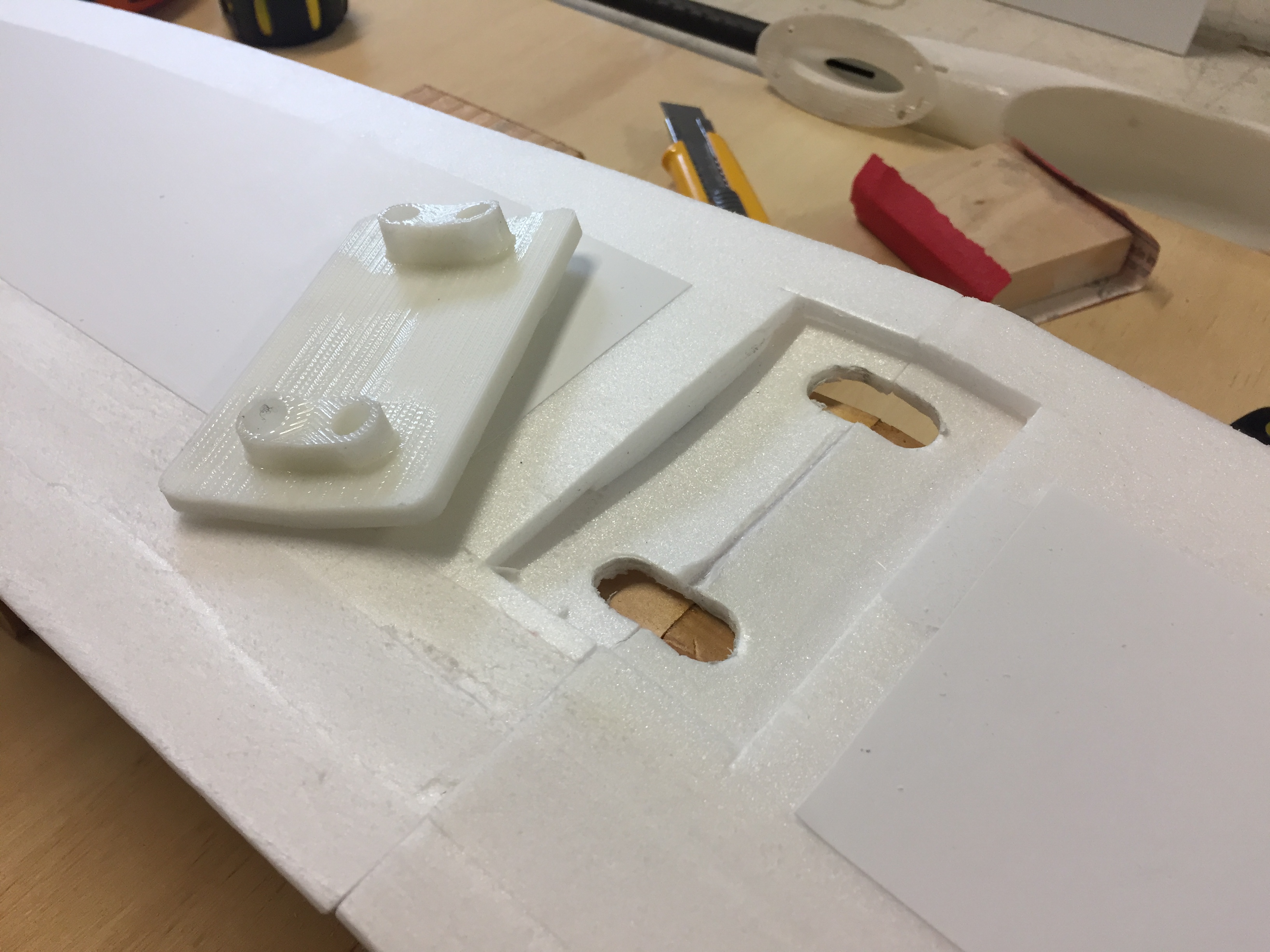 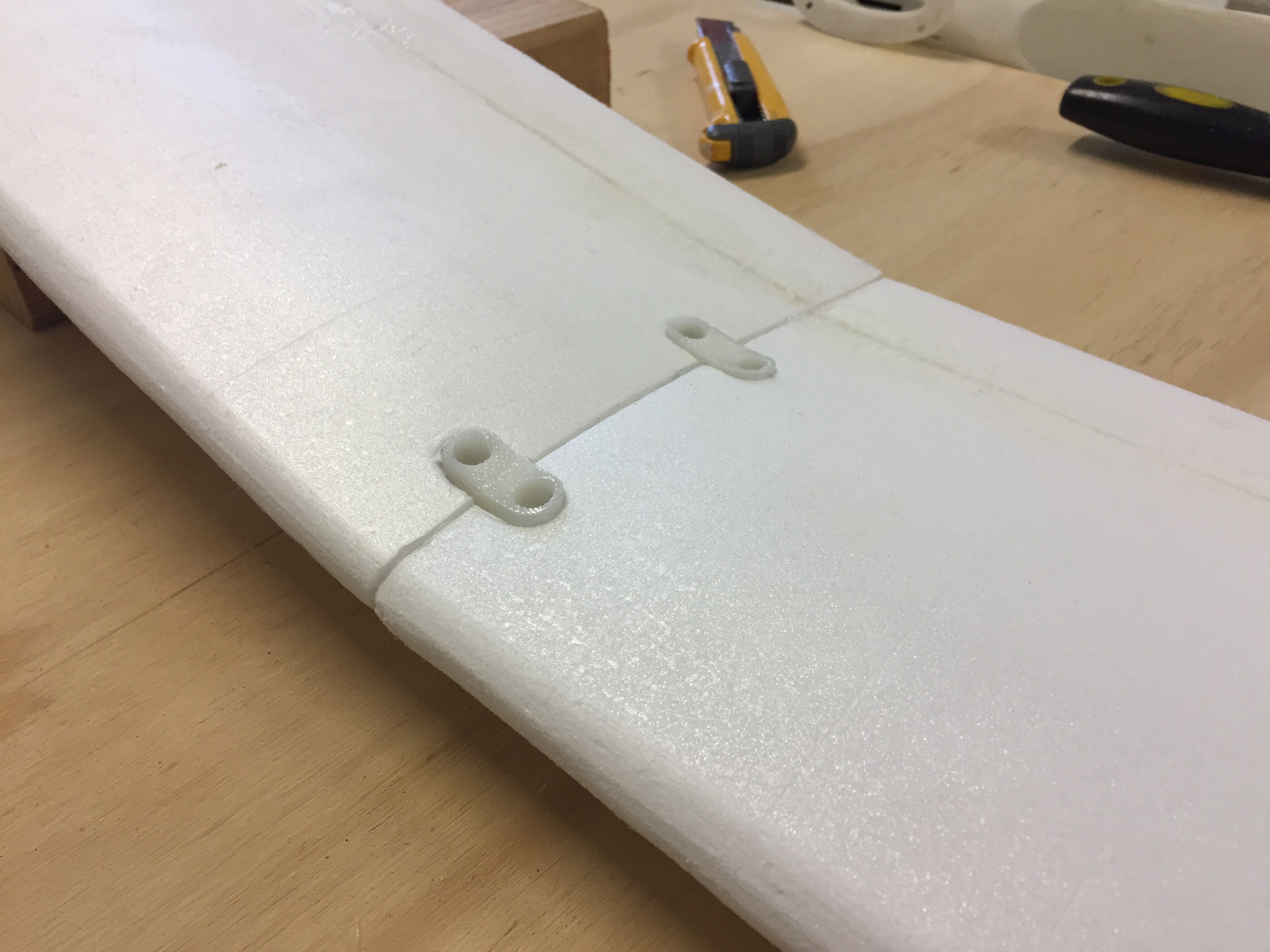 The central mount fitted well but was a tad too tall on the top surface so needed some sanding. I think it was due to the CAD being at 6mm for the foam sheet, but once the paper was removed the total thickness was less (next time I will plan for 5mm sheet thickness)!

I have opted for Wests 105 epoxy with the 201 hardener (5:1 ratio) and will go with the 'wet' method which means I will roll on the epoxy before adding the 76g cloth and roll it into the epoxy. I also plan to use the toilet paper method to remove excess epoxy.

One more final sand of the leading edge tomorrow morning then the Epoxy and glass will go on!

A new day - the top skin is on - all went pretty smoothly given it was my very first ever attempt at fibreglass work! 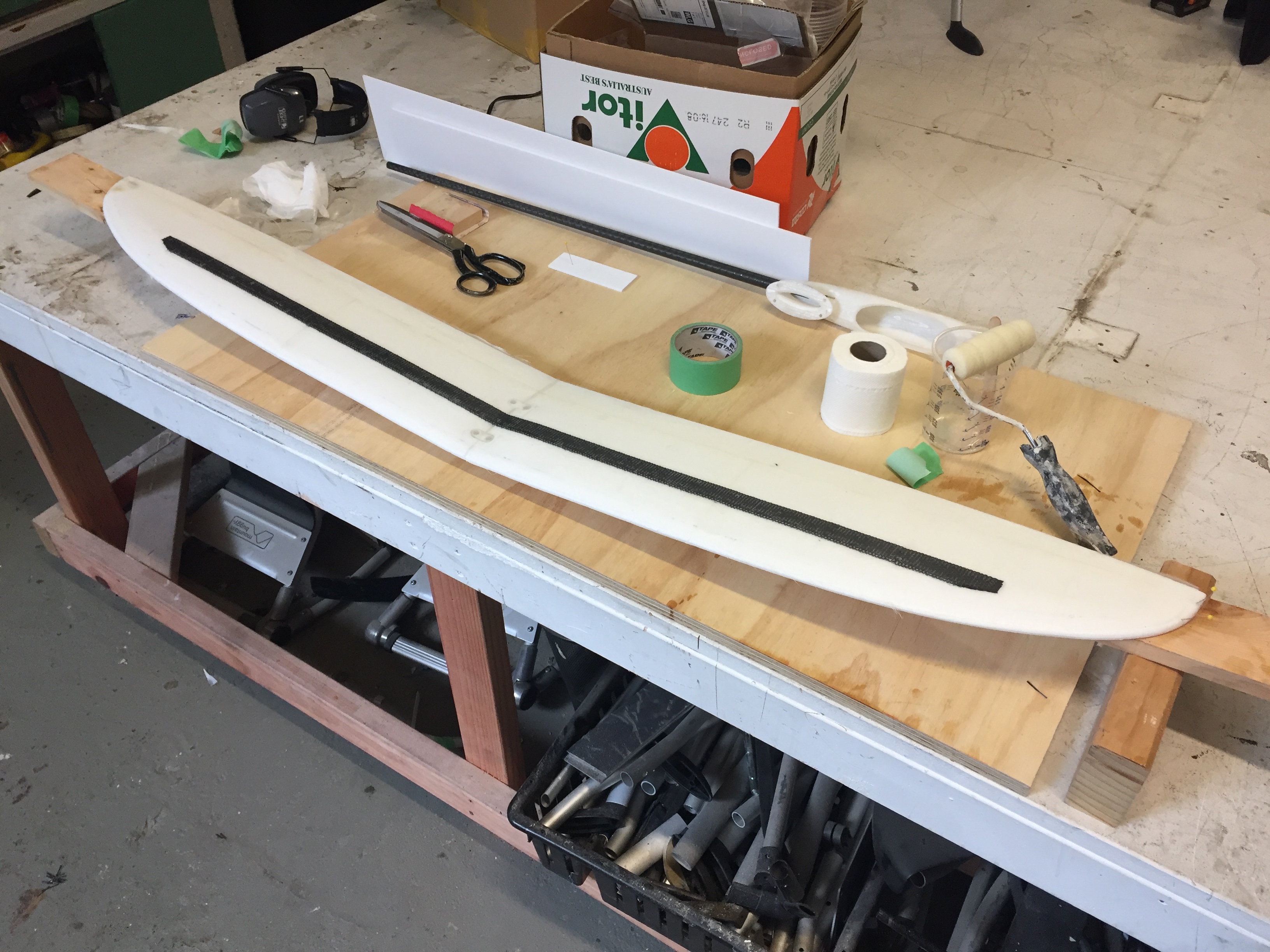 Sadly I chose a woven carbon fibre tape and the edges ended up being a bit thick under the glass so I will have to sand that down and recoat with epoxy in that area. Also, I couldn't get the leading and trailing edges to wrap so I trimmed them back for now.

We live and we learn! 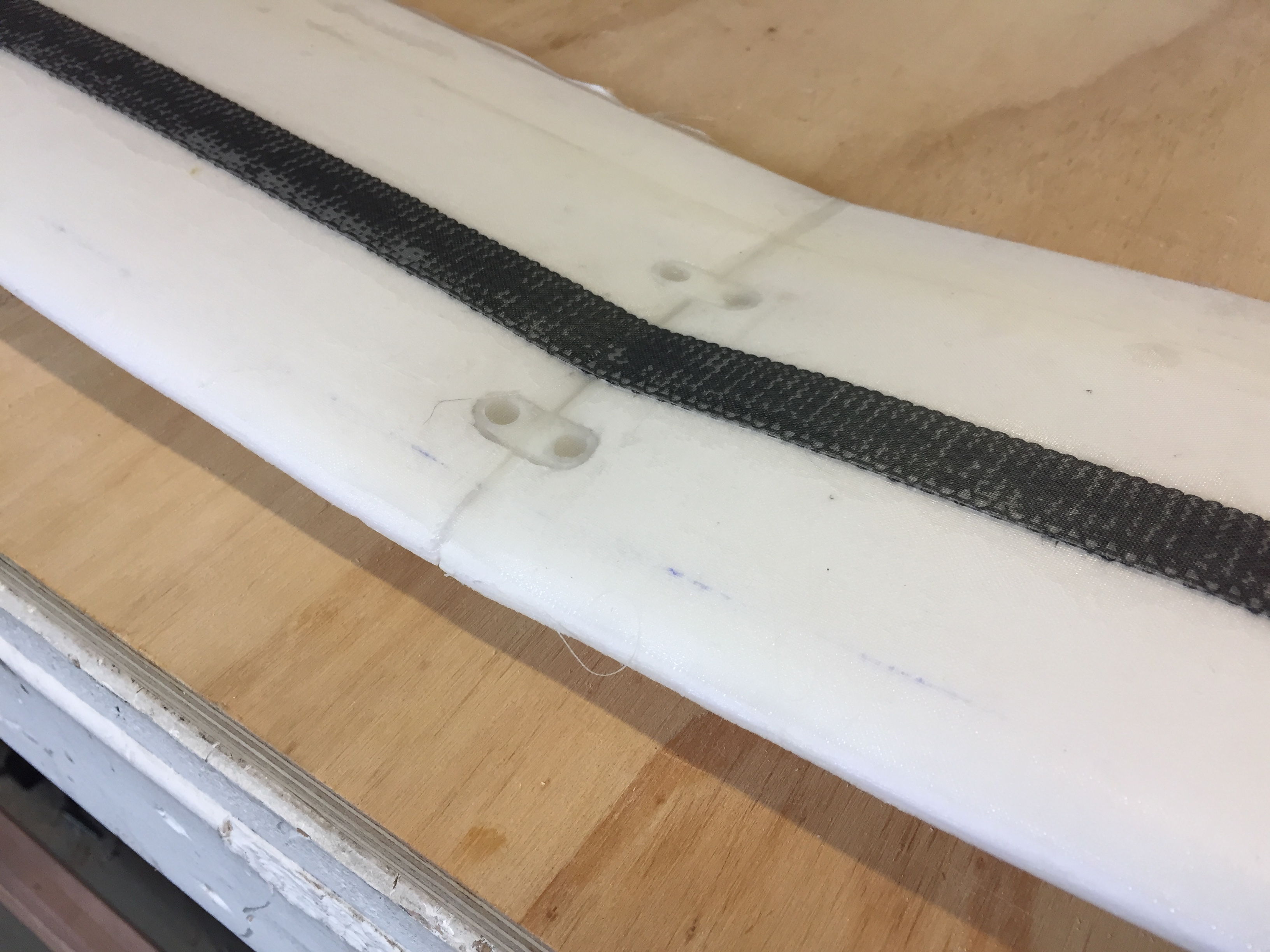 Both top and bottom surfaces have been glassed with one layer of fibreglass and a carbon fibre strip. The top surface required a serious sanding to thin down the edges of the tape so in its finished form they look a bit messy as I got a bit of sanding dust contaminating the fibreglass. Nevertheless, the finished product is light, stiff and rather imprssive in my humble opinion! 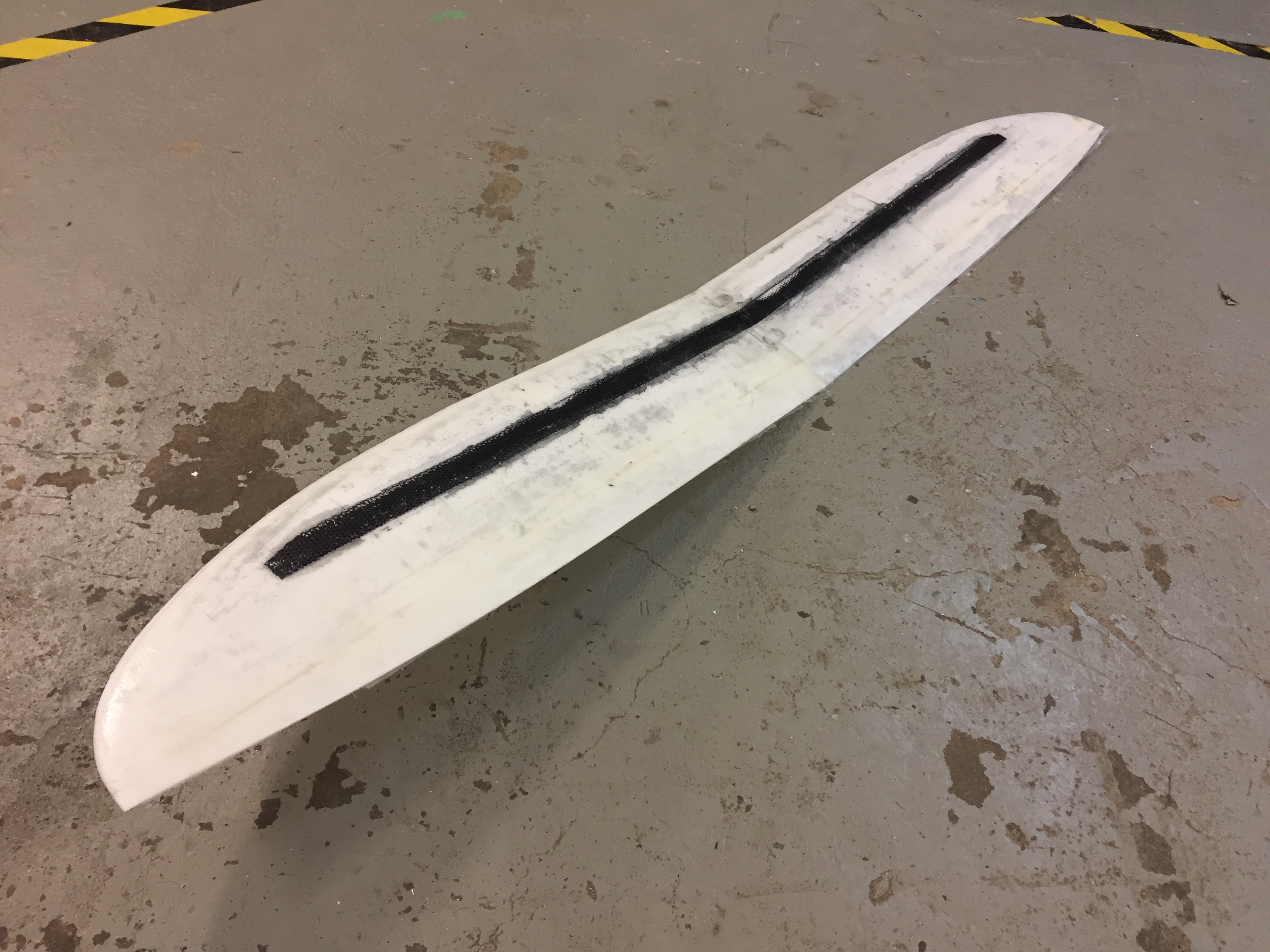 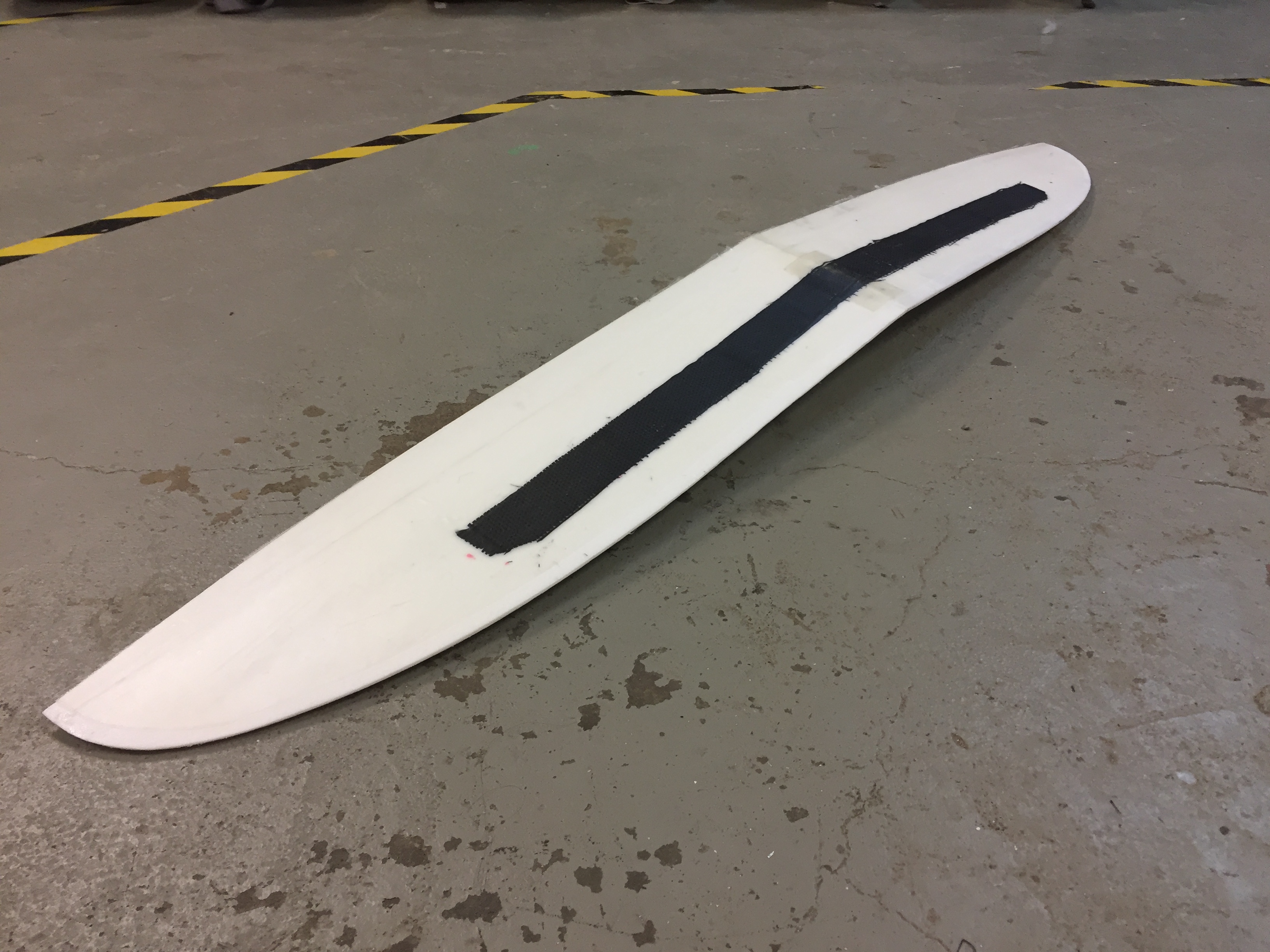 The aileron edges are very straight and the wing tips are thinned nicely! 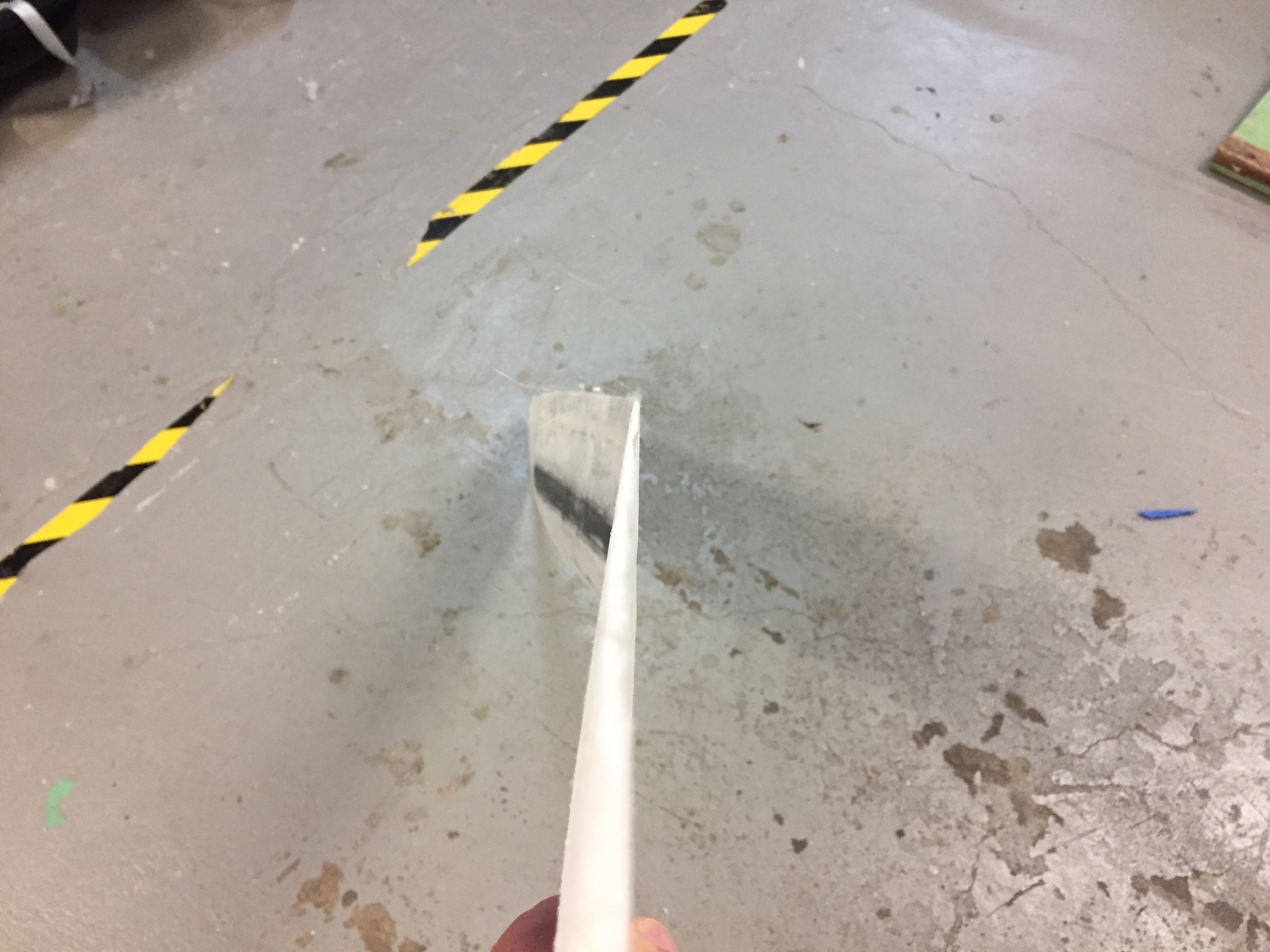 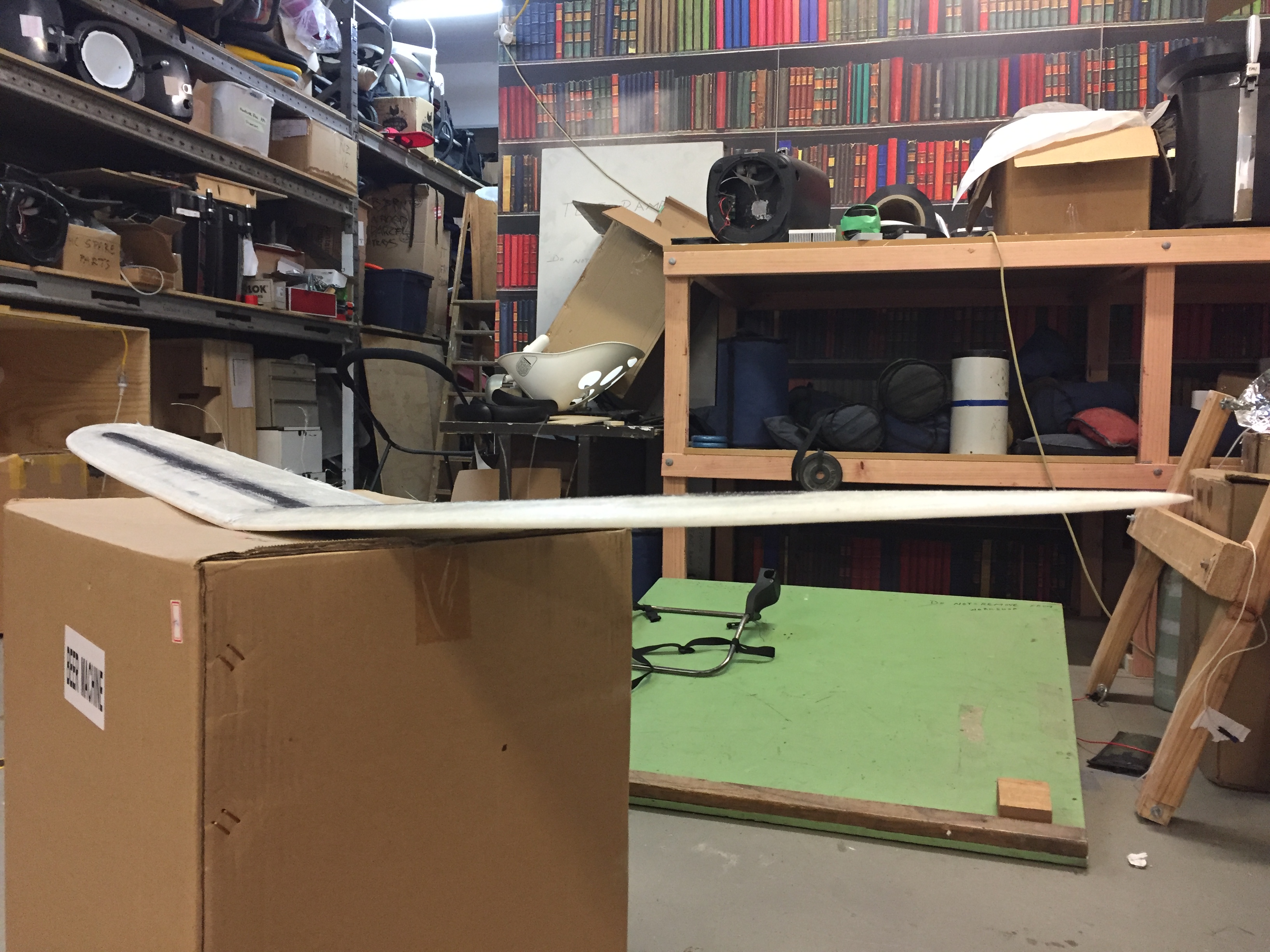 I think I will here and make a part three all about the wing finishing, painting, and cutting the ailerons for rejoining with a silicon hinge.

I wonder what the final weight will be?

Look out for part 3! 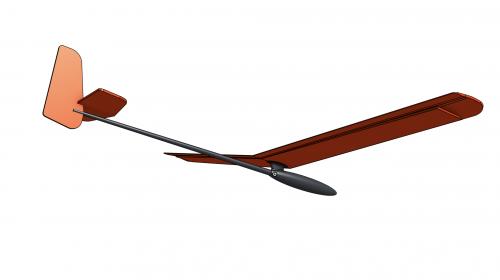 grifflyer on November 22, 2018
Great work so far!!
Log In to reply
bracesport on November 22, 2018
Hopefully, I will get some sanding and painting done this weekend on the wing! also, the fuse needs some strengthening around the wing mount before going much further. I will also get a feeling for the combined weight of the wing and fuse!
Log In to reply
Flying Kiwi on November 28, 2018
If you are blotting up resin don't use toilet paper , The coarse paper hand towels work best . Just hold one corner up and let the resin soak into the rest for a few seconds and then discard
Log In to reply
bracesport on November 29, 2018
great tip! I think I will have to build a second wing to perfect the first!

Log In to reply
Flying Kiwi on November 28, 2018
Also just thinking about your trailing edges .
I'd suggest glassing the bottom first , and when that is hard then sand the top of the trailing edge to a fine knife edge against the bottom skin . Then to be sure of contact scrape away the foam for about 2 mm. It should be very thin anyway . Maybe only 1 mm .That way when you glass the top skin you will have a trailing edge no thicker than the two glass skins .
I would wet the top out over the entire surface and then trim the leading edge off with just enough length to wrap around and contact the lower skin .
I definitely do not like the wet method with light weight skins . It is far easier to put the fabric onto a dry surface and check it for smoothness before you add resin .
Log In to reply
bracesport on November 29, 2018
Sadly my trailing edges are about 1.5mm thick so your fantastic tips will be incorporated in the next one, and I'd love to try a full carbon fibre version! Although the wing turned out OK for a first timer, I did glass it the other way around (top first) so basically, there has been a comedy of errors!

I really appreciate the input!

I'm in Wellington - Do you live in NZ?
Log In to reply