From Blower Motor to DIY Airplane

This is an extremely fun project that I stumbled upon. Samm Shepard did a fantastic job converting a blower motor components to a centrifugal fan that powered his scratch built foam board airplane.

After taking apart an electric wall heater Samm found some parts that seemed like they really wanted to fly. The next step was to fabricate a foamboard housing for the fan. Attaching a brushless motor was the next logical step! A quick sketch was all that was needed to bring the idea to life.

My favorite quote in the video was: "I'm sure I could power an airplane with this, just point the blowy part backwards, right?" 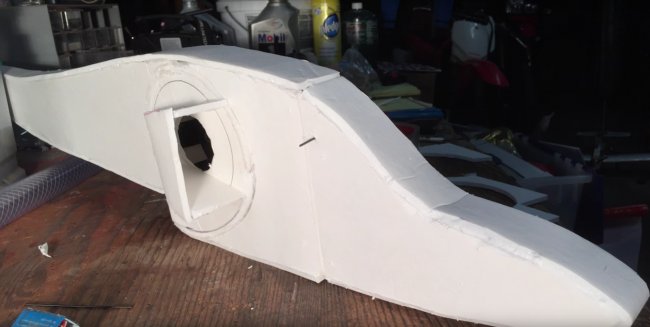 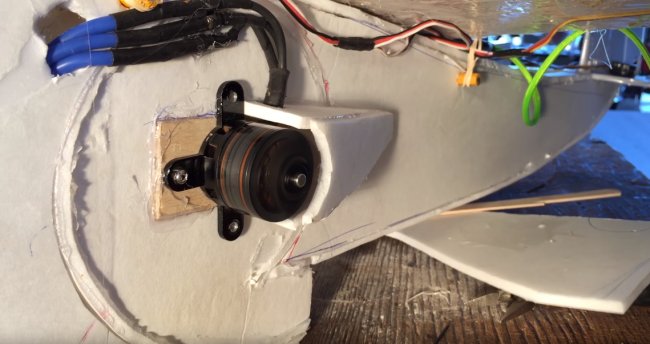 The maiden flight, also known as: "The moment of truth!" 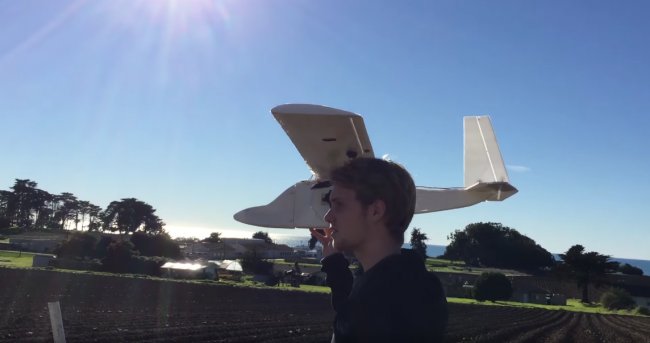 Though it provided plenty of thrust to fly the airplane, it probably would have been more efficient to have a regular propeller. But having the most efficient set up possible wasn't really the point of the exercise. The point was to take something ordinary and make it do something extraordinary. 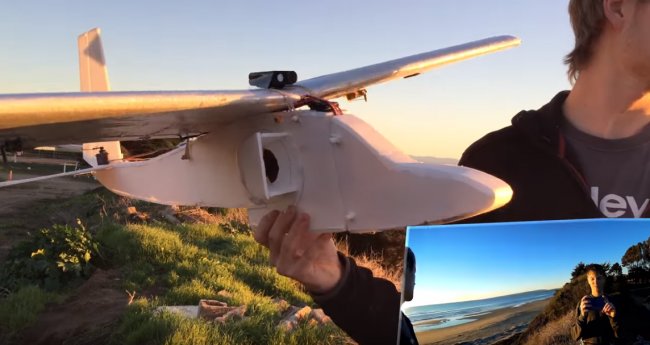 The camera and the three axis gyro were nice additions for the second flight. The airplane actually looked pretty stable and flew fairly well. Oh, and it sounded pretty cool too! I absolutely loved seeing the DIY spirit in this video and I thought the project couldn't have turned out better. Nice work Samm!

You deserve a David Windestål award :) (there should be such an award)
Log In to reply
Sky Pirate on December 28, 2015
Totally want to do this

Log In to reply
Herschman on December 28, 2015
This is great! We need more ideas like this.
Log In to reply
Snarls on December 28, 2015
Amazing idea and execution!
Log In to reply
Ron B on December 28, 2015
I like the idea of thinking way outside the box now to take it a step farther and see if it can be made more efficient
Great job
Log In to reply
Kammo on December 28, 2015
I LOVE LOVE LOVE THIS!!!
This completely eliminates the hazard of a new pilot having issues with props or causing damage to anything. I agree, you need to keep on this concept and make it even better! Maybe 3D print some smaller ones and make 2 small ones to put on a jet. I will be checking back in on this one for sure.. keep it up!
Log In to reply
Sky Pirate on December 29, 2015
Also provides an "intro jet" experience for those of us that don't want to invest $70 in a high amp ESC, new motor, and housing! Would love to see this expanded upon, and am intrigued on the idea of 3D printing the parts.
Log In to reply
SwissFreek on December 29, 2015
Hey, Austin, I take it this is something you found in your YouTube travels and thought it was worthy of being posted to FliteTest, got in touch with the guy to get details and then wrote an article? I think this is a really cool idea and I wouldn't mind at all if you did more of this. I imagine it's probably time-consuming to do, but in my mind it doesn't have to be super-complex, just maybe a round-up of cool stuff you guys have seen or something, that you think everyone else should know about? I dunno, you guys can probably come up with a better way to do it than what I can think of, but if this is something you are thinking about doing more of, I'm all for it.
Log In to reply
The-One-Who-Never-Crashes on December 30, 2015
I totally agree, but this is the first time I see something like this; if I were FT, I would publish several projects at a time, either through sections in a single article or through several articles.

"Singling out" people like this is a little odd.
Log In to reply
The-One-Who-Never-Crashes on December 30, 2015
I also think that they used to give people shout-outs in their regular "viewer responses". I kind of miss those...
Log In to reply
Rhudson1960 on December 29, 2015
Bravo! This is thinking outside the box. The only place I have seen this before is in a rubber powered model by Frenchman Emmanuel Fillon, called Le Soufflant (the blower) This plan can be found on the Hip Pocket Aeronautics site (membership required) http://www.hippocketaeronautics.com/hpa_plans/search.php?show_result=1&sessionid=3667b1bf6bb8867c4503f3173d35a4c9&page=2

You still get the credit for first electric blower!

From Blower Motor to DIY Airplane