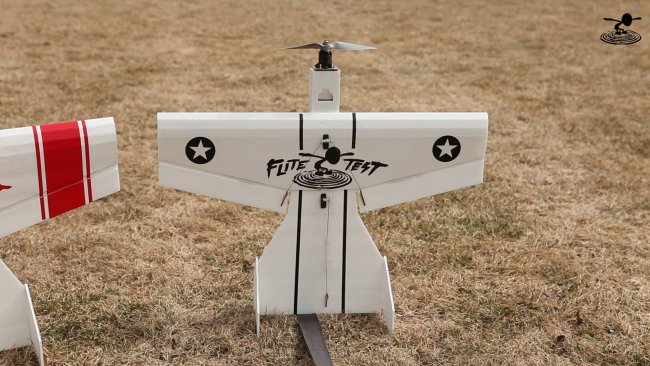 The original Bloody Wonder was an oldie AND a goodie, but was in some definite need of improvements, most of which you guys suggested (thank you!) 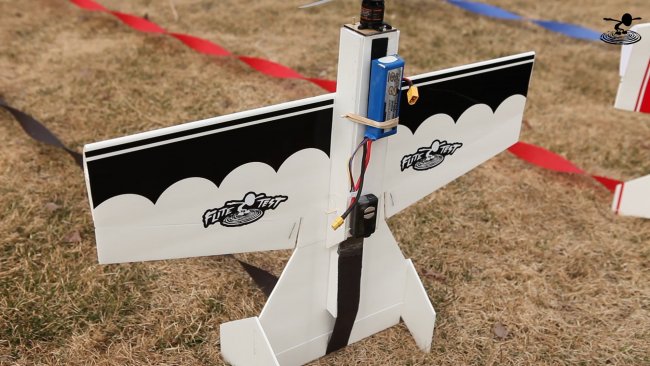 We read through the suggestions, picked our favorites, and voila! The Bloody Wonder V2! 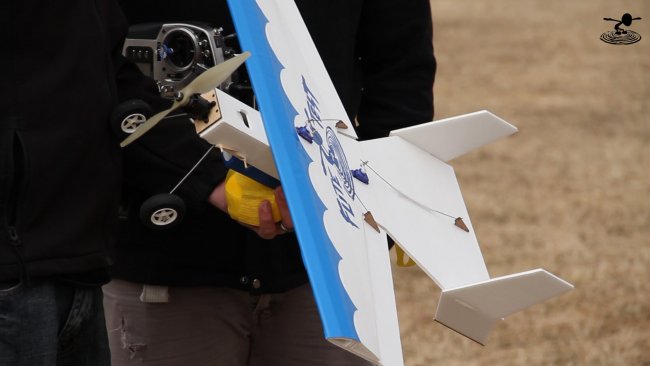 Some of the improvements include lower access to the servos... 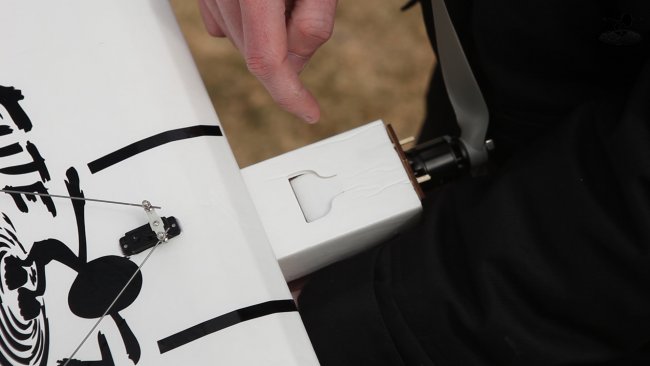 a naca duct in the nose to improve cooling... 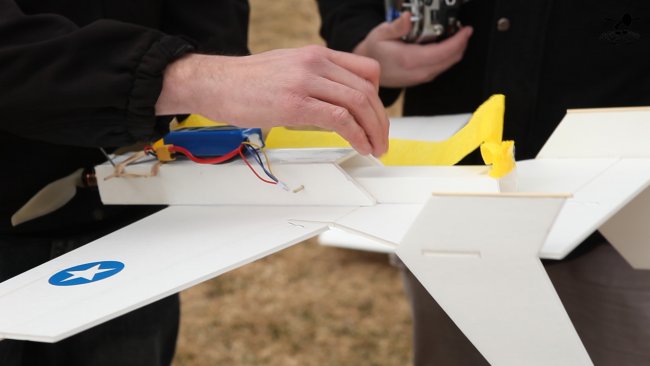 and the rear fuselage extends further towards the nose and is reinforced by tabs (that also help with wing alignment) and the barbecue skewer to prevent crash damage. 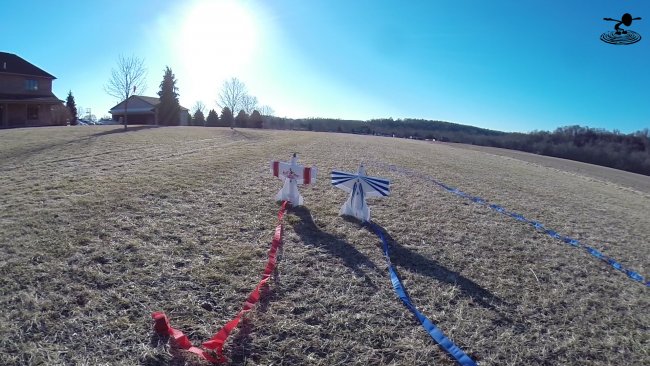 Josh and Alex had a little "friendly" combat when we were testing out the design. Fortunately, Ohio decided to be nice to us that day and we got some amazing shots! 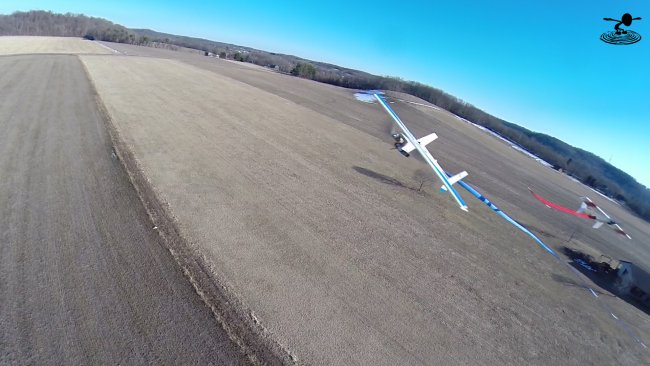 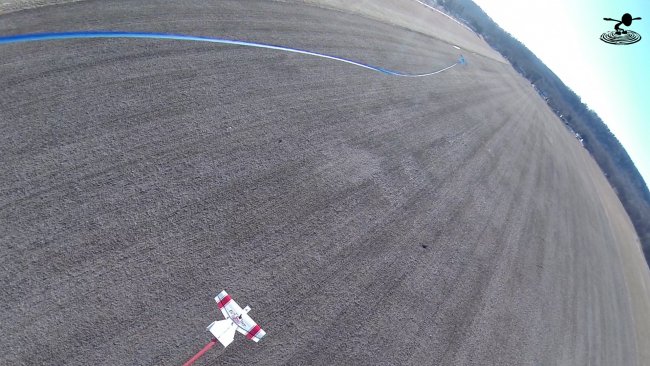 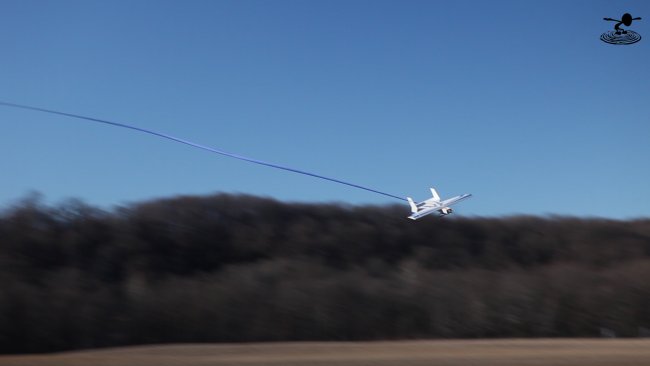 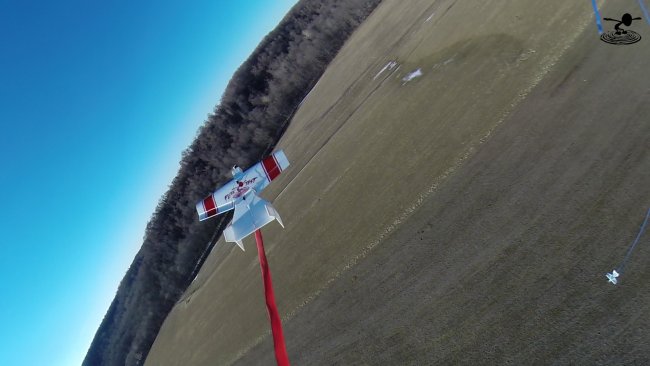 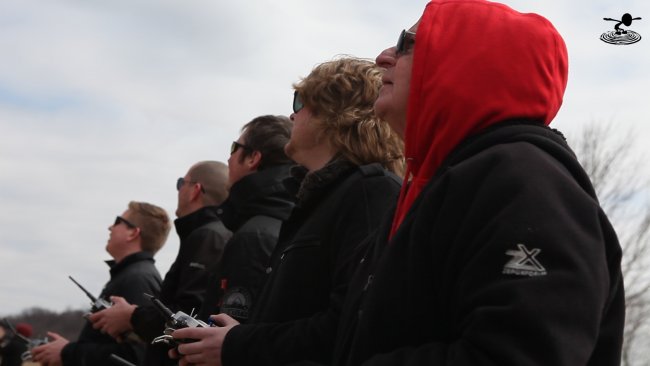 But only flying two planes didn't quite do it for us, so we invited a few more pilots to have some fun! 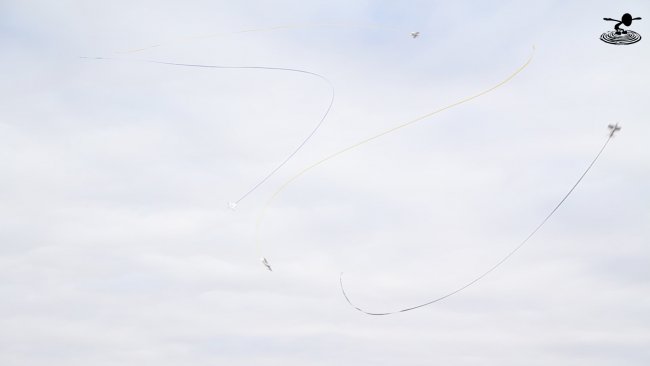 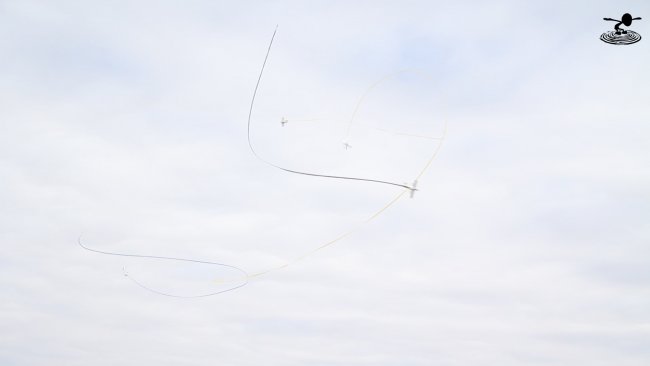 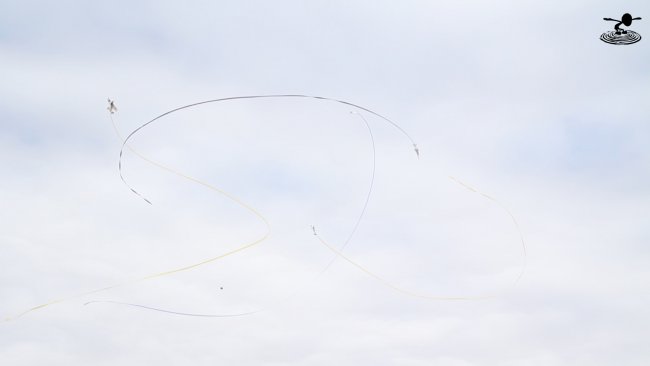 So who was the big winner? This epic streamer combat can't really be shown in screenshots, so watch the episode to see for yourself!

Have a mod or suggestion to make this plane even better? Let us know! Chat it up in the forums! 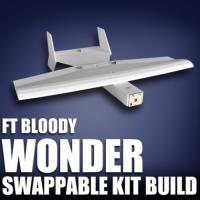 viperos on March 31, 2014
Yes CG is definitely missing.
But after all thank you very much Flite Test Team :)
Log In to reply
con244 on April 1, 2014
Worlds Slowest download!
Log In to reply
JTI on April 7, 2014
I love this plane. Running with the Suppo 2208/14 1450kv in the V1 and it is also great in the wind. I built the V2 for my grandson to fly and tried to tone it down with the blue wonder setup. He did ok till he let it get too far away and was disoriented. He handed me the Transmitter and I was able to save it.
Had to use a 3S to have enough power to control it.
The Suppo power makes it easier to handle and pretty fast.
I'm going to build another and add some rudders.

Log In to reply
dwardio on March 25, 2014
Great update-- was just about to cut out my BW based on the original plans. Timing is everything!

In addition to @area77's question about the missing CG mark, I'm not seeing the firewall/motor mount pattern on either the v1 or v2 plans... Am I missing something obvious?


Log In to reply
CJGFX on March 25, 2014
Genius guys, one of the funniest episodes we've seen in a while. Superb flying by David in the test flights as well and Josh and Alex's formation flying!!
If I had someone to fly with I'd defiantly get a couple go these made up for a good laugh…

Wonderful fun video. I was laughing the whole time.

What material do you guys use for streamers?

Thank you.
Log In to reply
area77 on March 25, 2014
Great video guys! Keep it going....
One question...I noticed the new plans of the BW V2 doesn't have CG pointed out on the wing....is this in the same location as the old BW even with the mods?

Thanks
Log In to reply
lusid666 on July 2, 2014
A race challenge for the flight test guys. The first one to unroll a full toilet roll wins :)
Log In to reply
crankcaseNZ on July 4, 2014
Going to have to be my next build.
Will you guys make the template for the vinyl graphics available? I'd really love to decorate my plane with them.
Log In to reply
orange picker on September 27, 2014
can this safely be scaled down ?
Log In to reply
chodgson on October 1, 2014
I bet you could do one at 2/3rds (ie. 66%) scale with appropriate size electronics. That would be a 20" wingspan. Change the fuselage as the standard swappable fuse will be oversize for the model, or if you scale it down there won't be anything to swap it with. Much smaller than 66% and you'd probably want to drop the airfoil and go with a flat wing, and you'd need to get into micro-sized gear (like the guts from a UMX model) to keep the weight down.
Log In to reply
orange picker on October 1, 2014
k just wanted to see cause I am able and can use a laser cutter soooo its 12by24
Log In to reply
orange picker on October 1, 2014
ill find something else
Log In to reply
travasky on October 8, 2014
I notice that 2 of the planes shown in the above photographs aren't suing either the NTM or the Suppo motor options. Looks like a nice motor they've chosen. Any idea what it is? I cant quite make out the label.
Log In to reply
travasky on October 8, 2014
Think I found it, actually for those interested. Looks to be an Emax GT series motor. GT2210/13 maybe.
Log In to reply
wolfjon on July 15, 2014
Hey guys complete noobie to flying planes however I have flown a few helicopters.. not great but OK. I would like to build the Bloody wonder as a first but I think I may just do the delta wing to play it safe. Question could I use all of the parts for this plane motor esc etc.. in the delta or would that be to much power. I really do not want to buy to different motor setups within a short period of time.
Log In to reply
dazzer68 on July 2, 2014
This i have to see, game on!
Log In to reply
fasted on July 22, 2014
this plane is by far the best plane I have built and flown from he Flite Test guys. Great design and it just wants to fly. I have more fun with it than any other plane I toss in the air. Great job
Log In to reply
Eugene king on October 10, 2014
I have 2 power pods.....One is a Dynam A21 and the hotrod pod has a Exceed RC Rocket 2215 1300kv.....I use a 2200 3cell and a micro 3 channel reciever. with my 1800ma pack and the A21 its right around 300grams.

I agree it is fun in the wind It will sit still and you can walk up and grab it.....
Log In to reply
Eugene king on October 10, 2014
I'll also add the Dynam power pack for the price cant be beat. you get the A21 motor the ESC and 3 servos. I got mine on sale for 18 dollars for the kit. plus 2 dollars for foam board and my wifes glue gun....
Log In to reply
MackThompson on February 18, 2015
Does anyone know what the piece is in th plans beside the wheels?
Log In to reply
moebeast on July 5, 2015
That is the throw gauge for high and low rates.
Log In to reply
iaincg on October 5, 2015
Do you have an updated build video for the new version 2 bloody wonder?
Log In to reply
KDS on November 28, 2016
hello!
hi! can someone of the creators of the second version to telll what electronics are installed on this plane?
http://assets.flitetest.com/article_images/full/bloodywonderv2-2-jpg_1395691319.jpg
motor, ESC, propeller?
with links to hobbyking, if you can ))
Log In to reply
Amiy on September 4, 2016
Heres mine wonder flying great with having cG 1/2 from back of the spar......
https://youtu.be/Hz-s7-Oi9P8
Log In to reply
Alv8l on May 12, 2021
So i recently downloaded the plans and built this plane. The last comment here was from 2016. I see the CG is still not on the downloaded plans. Does everyone agree it is 1/2 inch behind the spar? Cheers.
Log In to reply