How do Boomerangs Work?

If you're interested in the physics of boomerang flight, read on!

How does a boomerang actually fly? It's an interesting concept to get your head around. Here's an article to explain the physics behind the phenomenon of this ancient man-made flying object. 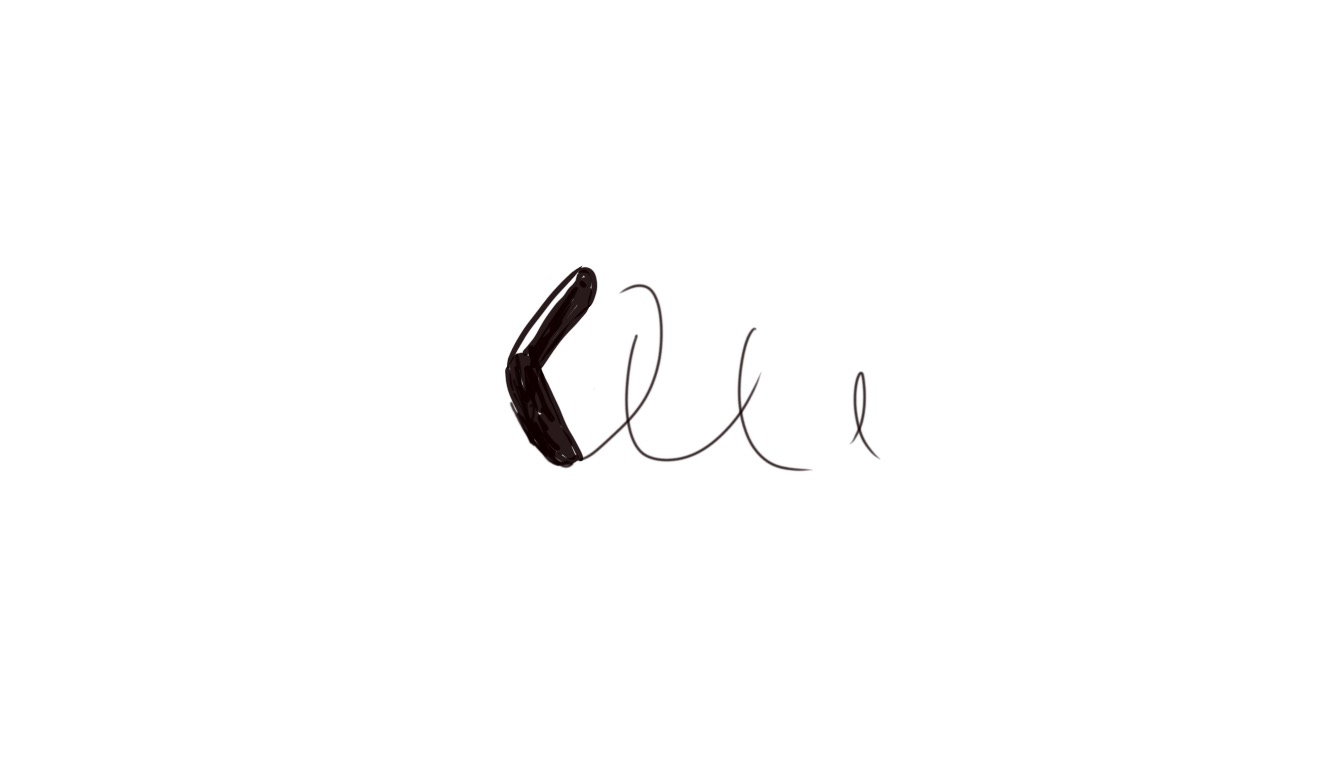 Recently, Jeremy was joined by pro boomerang athlete Logan Broadbent to attempt the nearly impossible: build a giant boomerang and get it to fly. Here's how that went.

One of the primary forces at work when a boomerang flies is lift. The limbs of a boomerang are shaped with an airfoil which, when spun through the air, creates a lifting force just like the wing of a plane. This is how the boomerang flies. 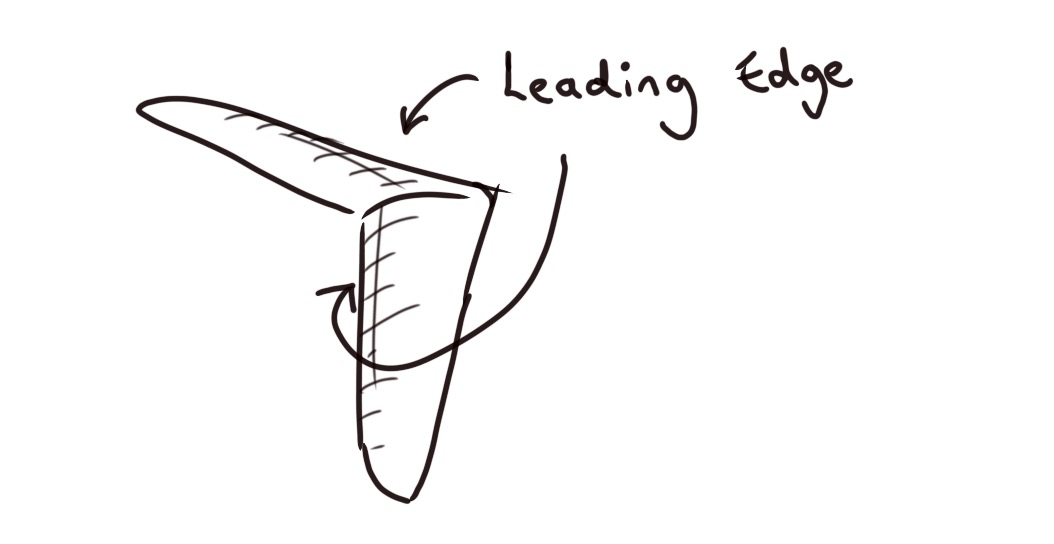 A classic banana-shaped boomerang can be thought of a simply two wings joined together. The way that this type of returning boomerang flies is thanks to uneven lift across both of these wings: as the boomerang spins through the air, the wing at the top of the spin moves through the air at a faster rate than the wing at the bottom. You can see this phenomenon at work in Tom Stanton's video on his boomerang launcher.

The rotation of the boomerang in flight keeps it stable as the 'next wing' continuously takes over. The reasons why some boomerangs return to the starting point is due to something called gyroscopic precession. 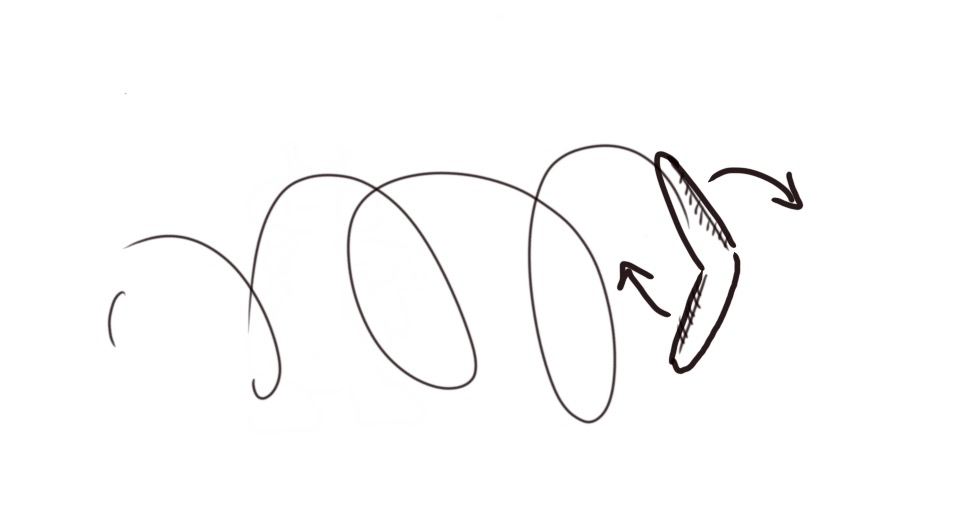 The difference in lift between the top wing and the bottom wing of a boomerang creates a torque which tilts the plane of flight slightly. This means that the boomerang flies on a curved path through the air. Technically, this is known as a torque-induced precession or gyroscopic precession. 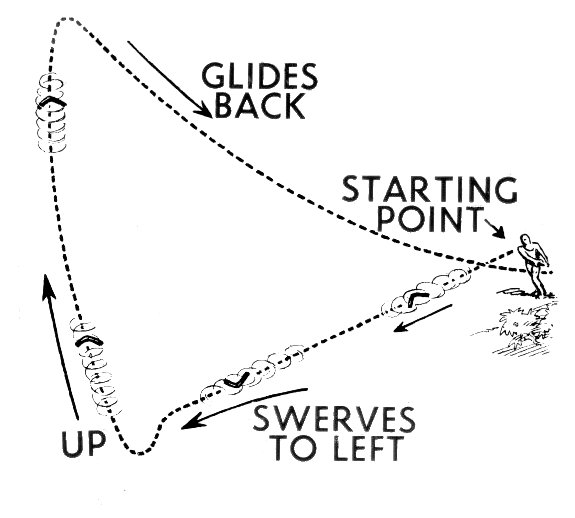 We hope you found this article interesting. Let us know if you'd like to see more on boomerangs and other avenues of flight in the near future!

Listen to our podcasts 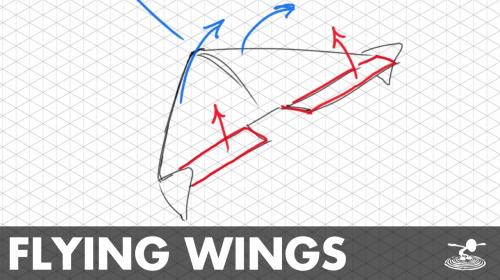 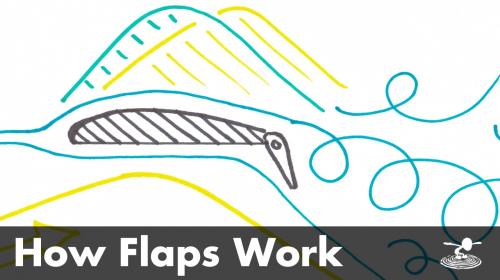 How do Boomerangs Work?