Do you have an abundance of Power Pack A’s (or F) and want more beginner style planes for that motor size?  I had that very problem. This was my solution.

I have a friend who is looking to get into the hobby with his children and only has a few $$ to spend. I convinced him that it is possible to get going for around $150-200 per child with 80% of it reusable. And MOST of that cost is the transmitter and motor pack. And that if you by two motor packs, you can get 4 for the same price because quad setups are popular. Explained that each child would then have two planes they could ready, or have 1 twin engine. 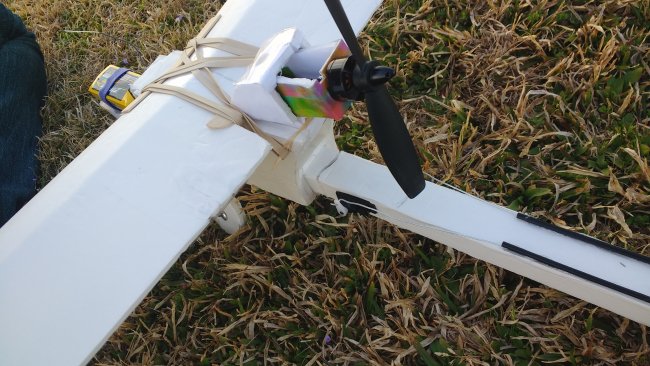 What Plane to Start With

Then I started thinking what are some great beginner FliteTest planes usable with the A power pod but could grow with the boy’s skill level. I wanted a plane that could start as a glider to teach build techniques, then add simple controls, and finally add more (ailerons) as they master each step.

So I thought of the Mighty Mini Series and the Tiny Trainer, Sparrow, the Alpha maybe the Speedster (didn’t cross my mind until now). I found the CG on the sparrow hard to nail as a glider. The alpha glided beautifully but wouldn’t grow much, and the TT was fun to toss.  Of these, the Tiny Trainer was the only one that grew with the skill of the pilot. Everyone touts amazing first flyers were the Storch and the FT Explorer. I was a little disappointed about this as it they were for larger power packs. The Explorer stuck out to me, as it converted from Glider that could be built and flown before the electronics came in, then two channel, then three or four, and of course could be modified from there. Also the prop is out of the way so a stock pile of propellers is not required.

I really wanted to have the FT-Explorer as a viable option. I have access to CAD and mad skillz, so I shrunk it down ~65%. With a couple tweaks, the Mighty Mini FDM/FT Explorer was born. (I don't have the full size for a comparison photo) This is a 6" prop. 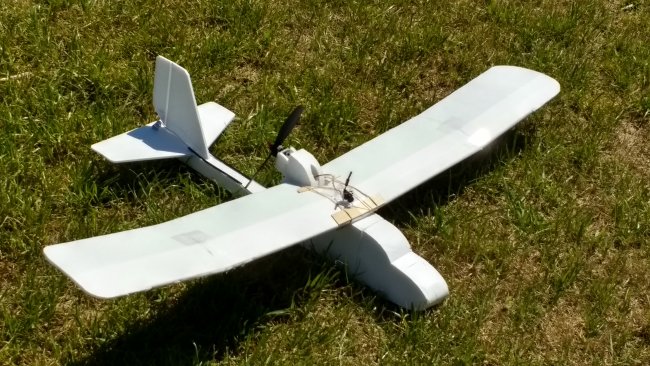 The build goes together the same as the FT Explorer with the following exceptions.

Battery – 2 Cell only without modifying the nose. (See dotted line for modification)

Power Pod - The original build puts the power pod in three layers of foam from outer wall to inner pod, I had to modify this to keep it sturdy, yet have a standard "A" power pod be removable.

Tail Boom - This piece is much smaller so it needed two things. Servos facing and wires were on the outside of the boom, and the zone between the fuselage and the prop was vulnerable during crashes, and was reinforced with tongue depressors on top and bottom . (popsicle sticks might work but wasn’t tested) 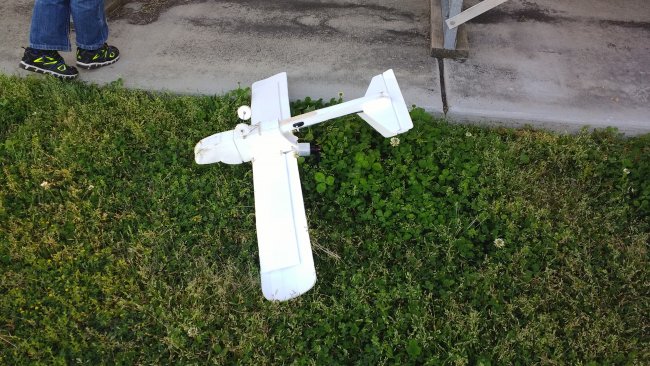 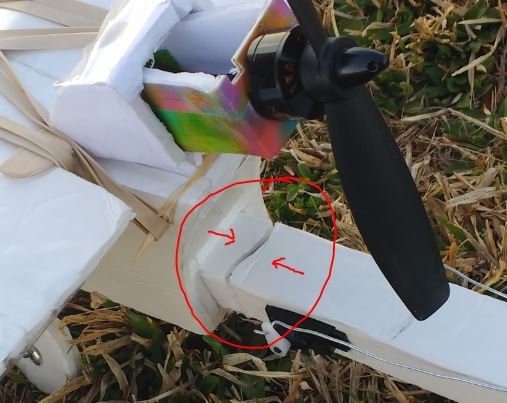 Tray Front – This section is reinforced with tongue depressor however skewers in the corners also worked, to keep it around past a crash

I have tanked this plane nose first into the ground or bleachers enough to call this plane durable. It impresses me. This was my third plane with flight success. First the TT, second the Mini Arrow, and this followed by others. My piloting skills still need a great deal of work (see the maiden video). But the plane makes improvement easy without having to buy another motor setup. I hope you have fun and grow with it too. Remember WOT is not always the best solution, especially when it's heading for something... like the dirt. 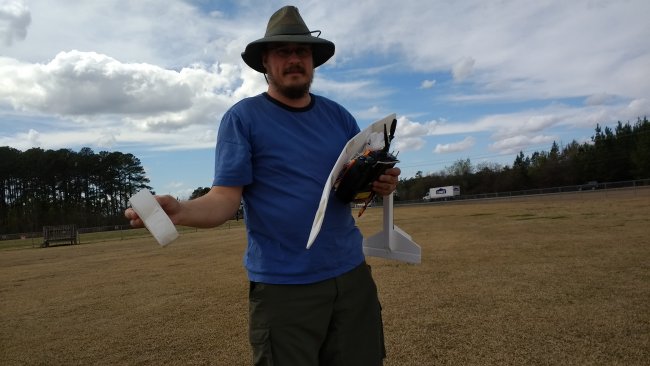 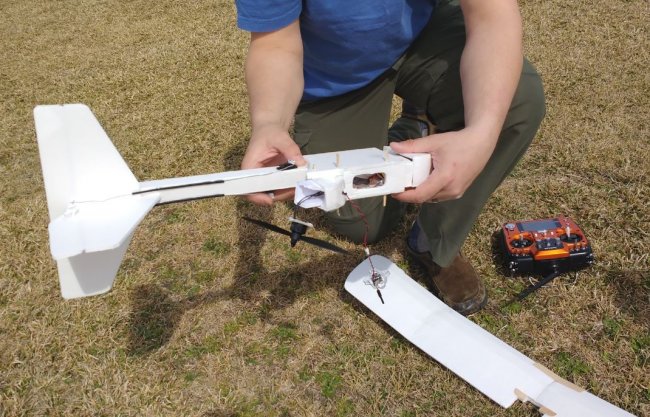 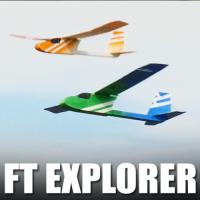 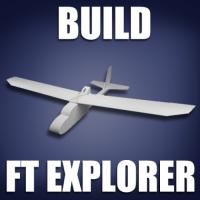 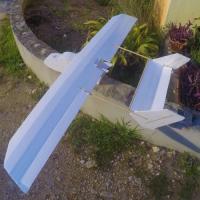 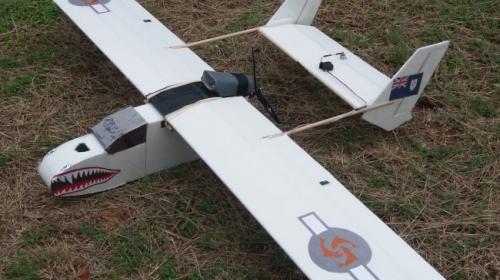 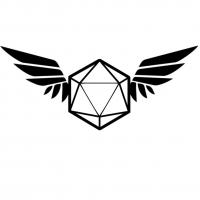