Hello everyone, relatively new pilot here. This is a brief look at my Super Bronco project  that I've been working on for the past week. It features a 60 inch Armin wing with a 5 inch airfoil cord, and with 1 1/2 inch control surfaces. The wings were made from 2 pieces of dollar tree foam board, and they are joined by a carbon fiber arrow shaft. The estimated CG of this aircraft is on the highest peak of the airfoil, favoring a very slight nose-heavy tilt (will need further experimentation to confirm where the CG is supposed to be). The entire aircraft will require about 5 pieces of foam board to complete. 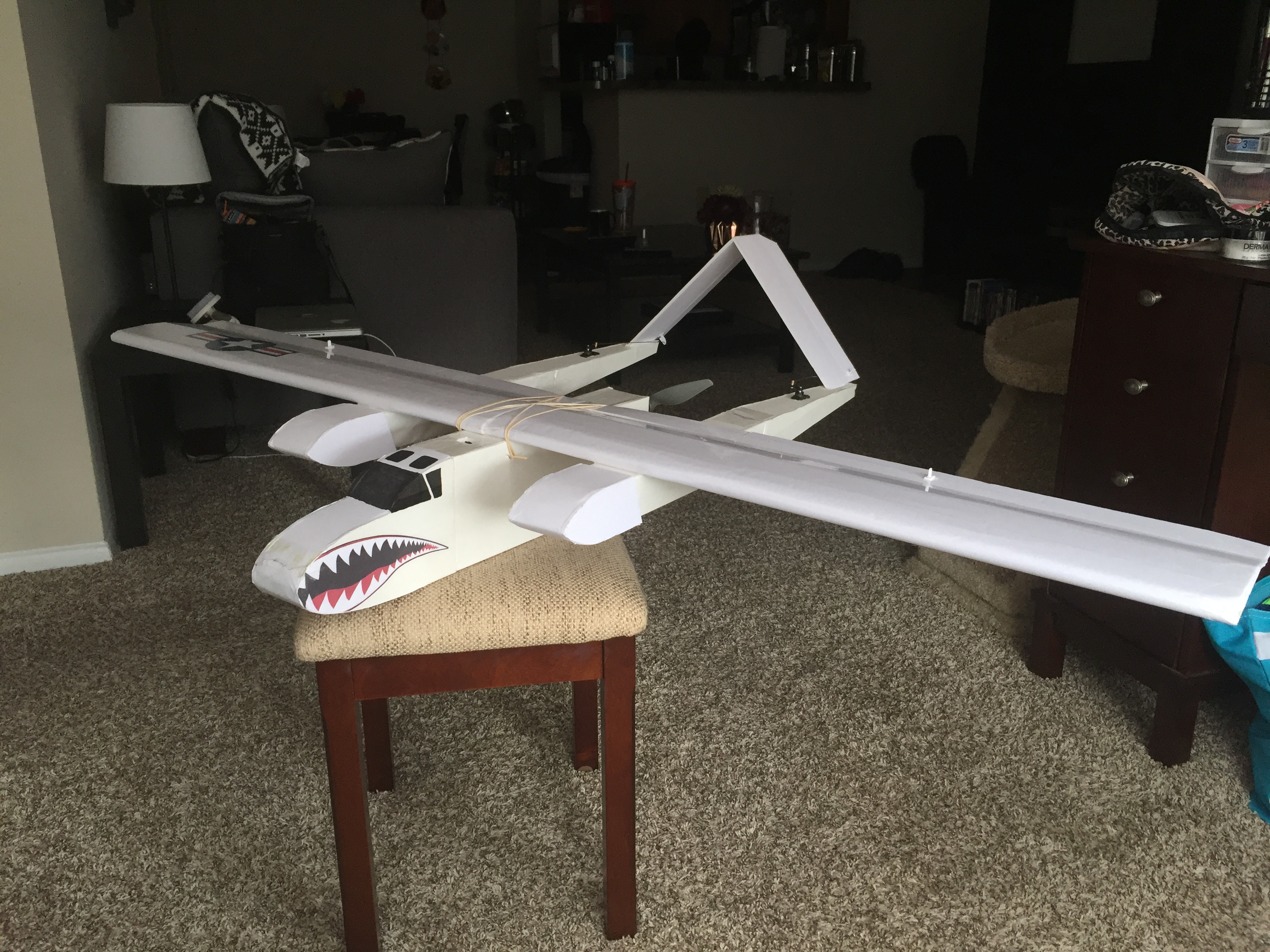 The Explorer core portion of the aircraft has been extended by 4 inches in the body component and slightly altered to allow for a full-sized power pod to be installed within the top channel of the Explorer core, as well as to help me achieve proper CG when mounting FPV equipment. All other aspect ratios of the Explorer core remain the same as the original design. 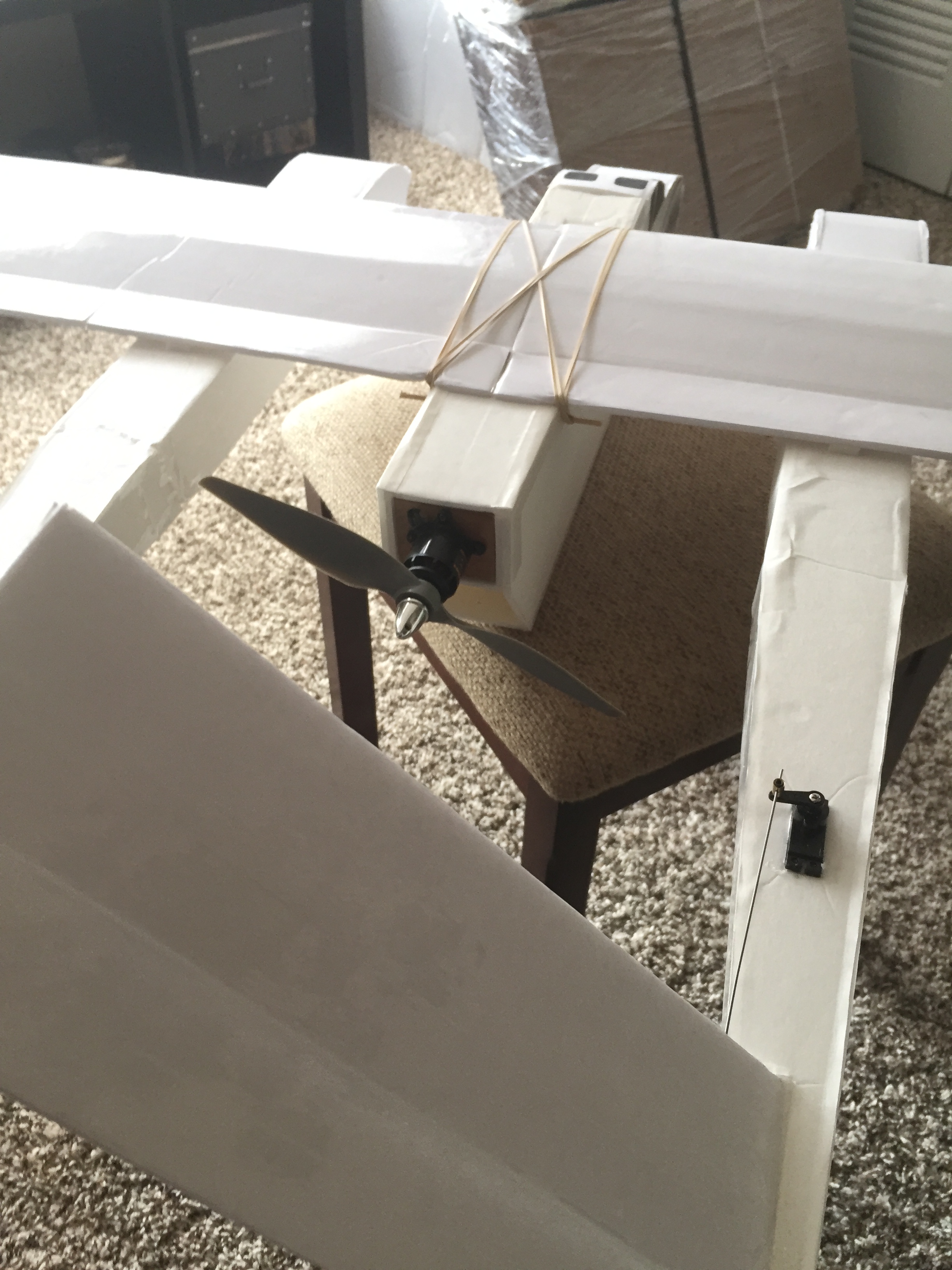 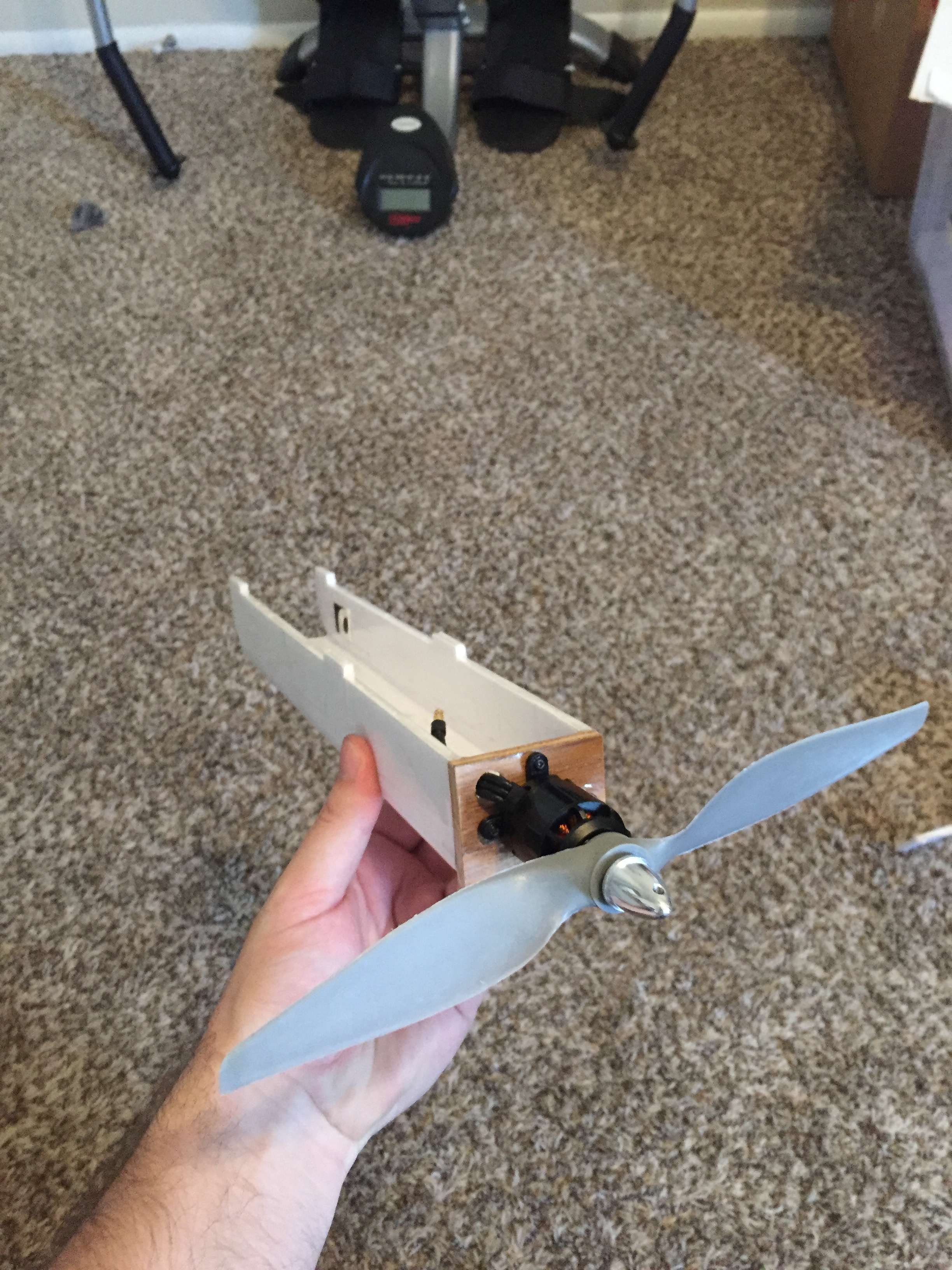 The Super Bronco is in a pusher configuration with a neutral thrust angle, and is powered by an EMAX GT2215-09 with a 9x4.5 prop. I'm opting to use a 3500mAH 3S Lipo to power the engine, mounted at the front of the aircraft. 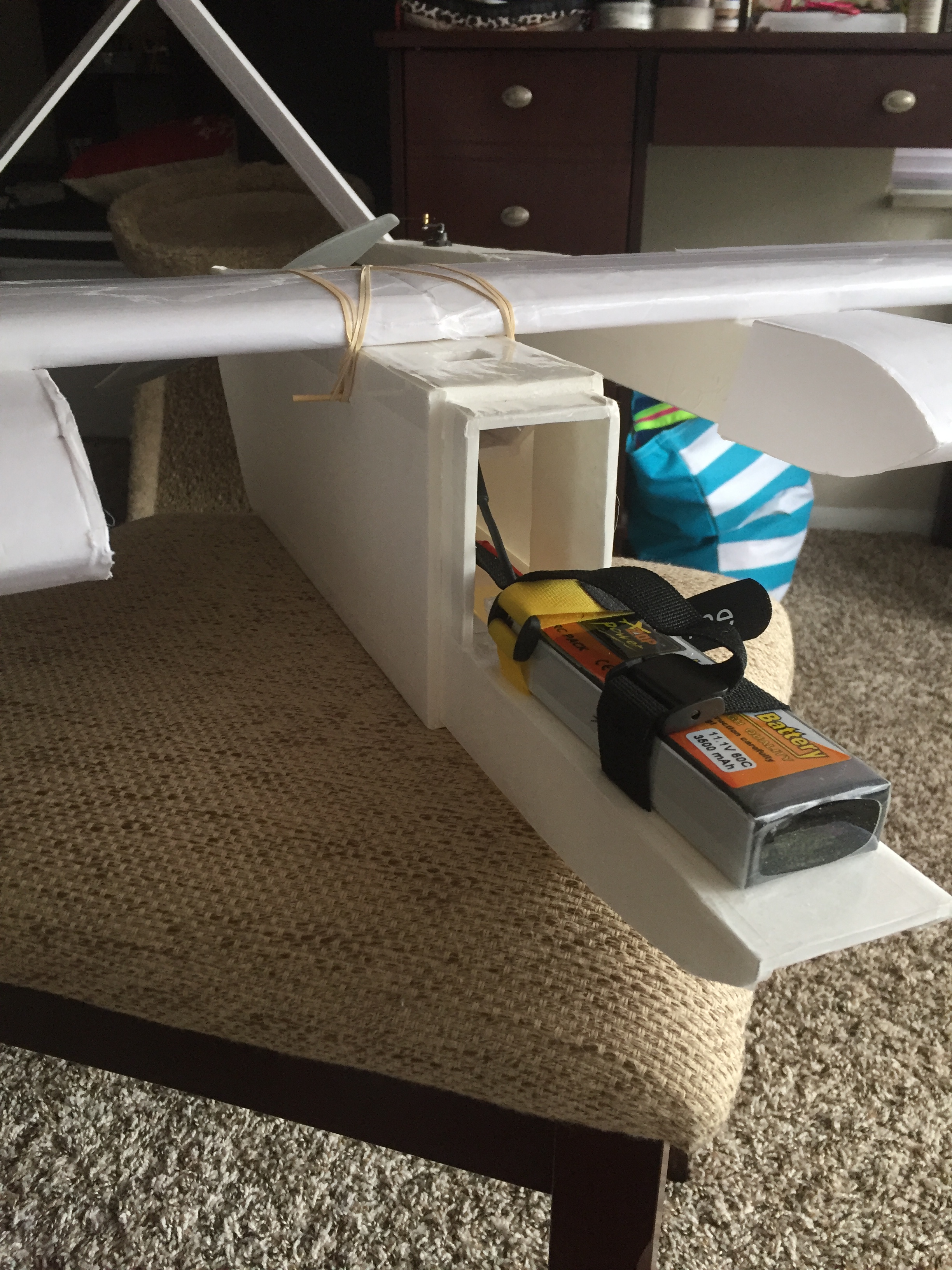 Unfortunately, my first maiden of this aircraft resulted in multiple failures, failing to achieve any significant lift after being thrown. As I am a new pilot, as well as altering many aspects of the original plan, I can not be entirely certain as to why this plane was not able to achieve any sort of self-sustained flight. My main concern would be if my throws were strong enough for the aircraft to reach proper speeds for lift. As the engine is in a pusher configuration and at a neutral angle, the aircraft proved difficult to throw without the possibility of slicing your hand open with the prop. We tried throwing the plane and then activating the engine, discus throwing the aircraft, as well as overhead throwing by holding the aircraft by the twin booms, but no luck. The maiden ended when one crash resulted in the prop nearly slicing one of the twin booms clean off. 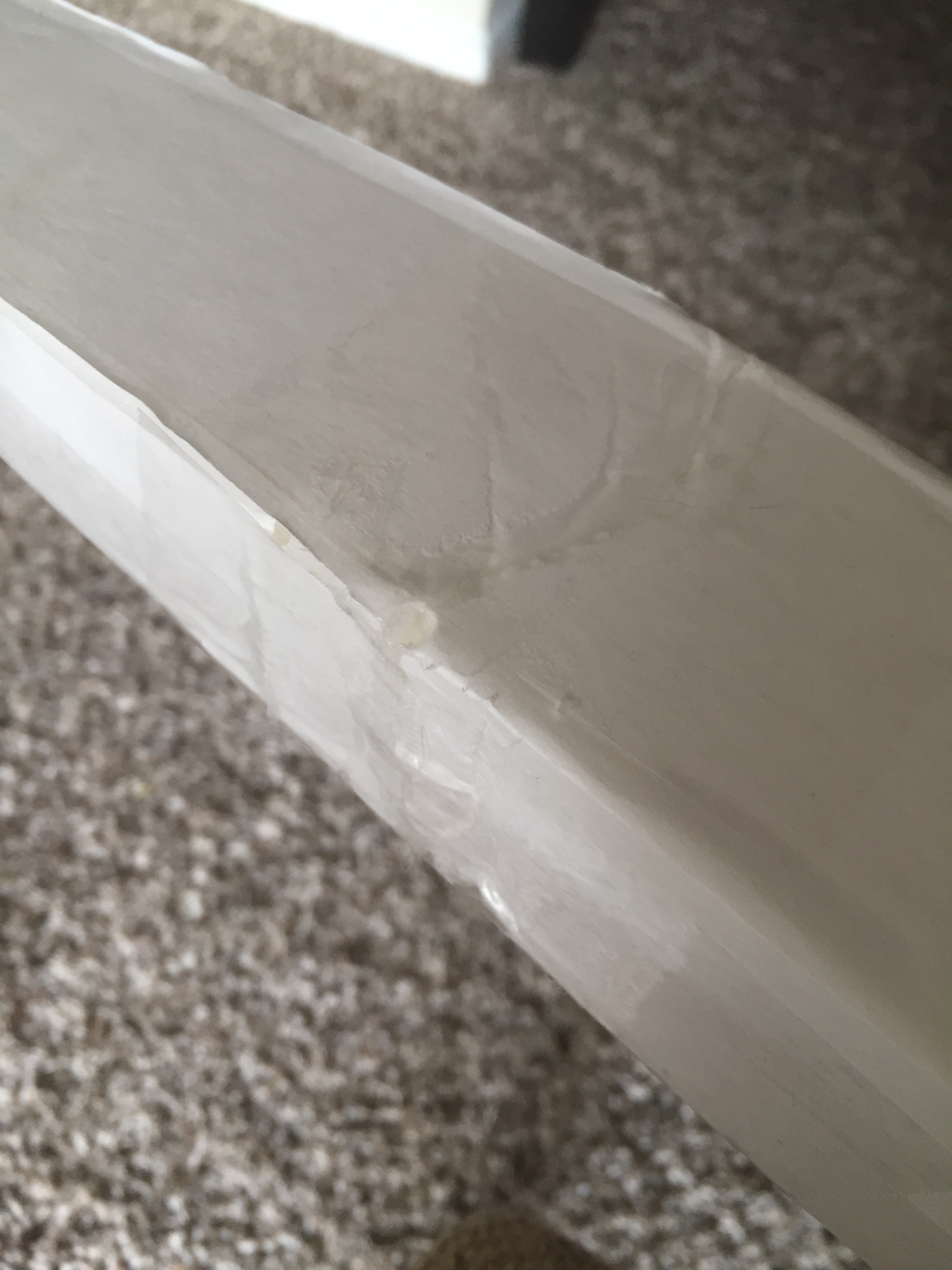 Boom after repairs were made with hot glue and packing tapeTo remedy this issue with throwing the aircraft, I am constructing non-retractable landing gears for this aircraft, primarily using techniques offered by the Flite Test crew. I haven't mounted them yet, but I'll be using think coat hanger wire to use for the legs of the landing gears. With any luck, this will remove the variable of whether or not throwing the aircraft was preventing it for achieving flight. 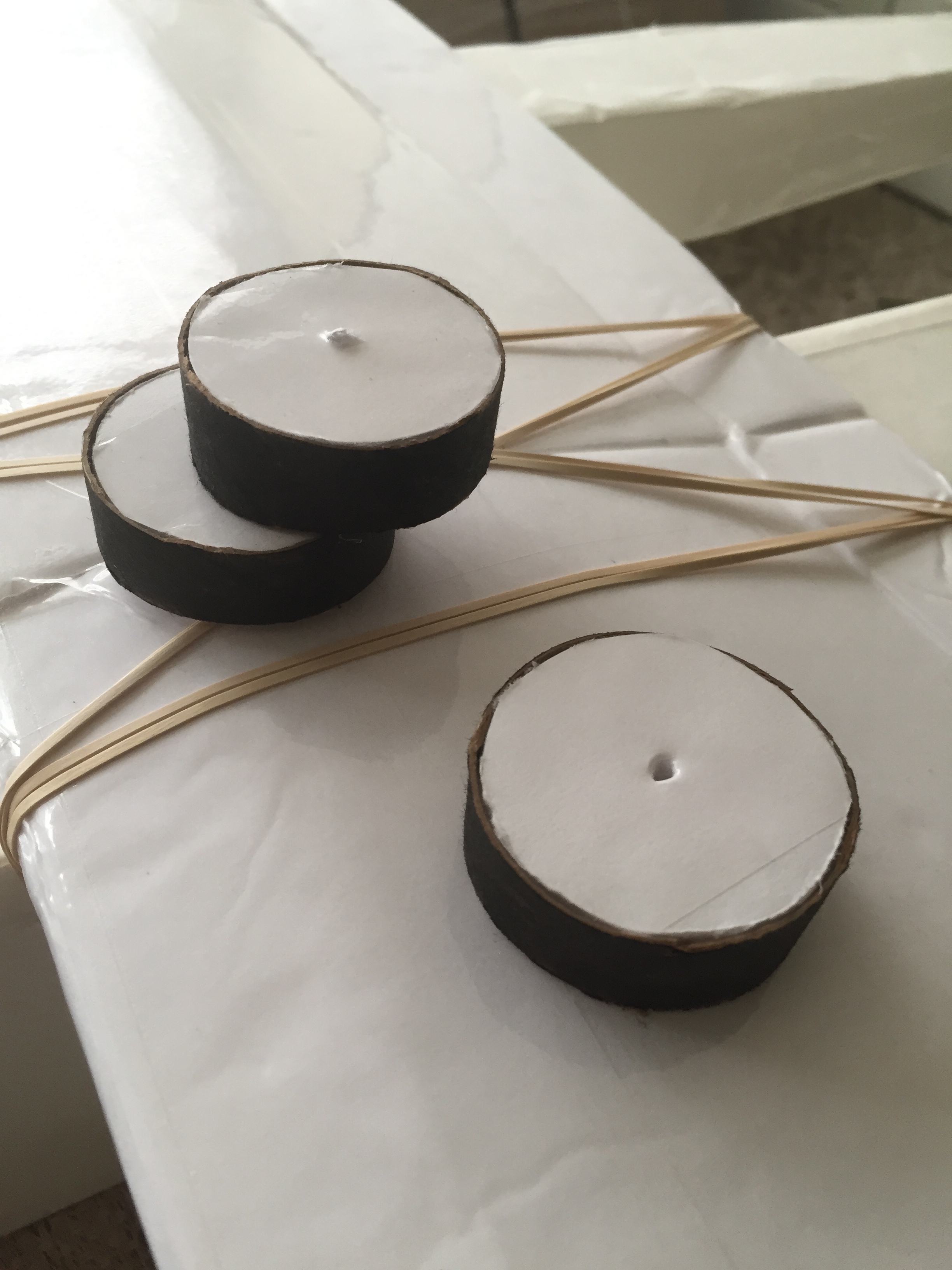 Three-foam board thick wheels with toilet paper roll exteriors to help with shape consistency.The main reason for designing this aircraft was for it to accommodate the full-sized power pod. In reality, I am a fairly cheap person, and the ability to only need one power pod for multiple aircraft is an enticing idea to me. This may prove to be impossible for this aircraft though, as I am not sure if this aircraft can fly with neutral thrust angling. It is also entirely possible that this aircraft will simply need the power of two engines mounted in a puller setup, and that flight may not be achievable with a single engine. My last concern of mine would be the consistency and shape of my airfoil. To be blunt, it is not perfectly consistent throughout both sides of the wings. The differences are small, but still measurable regardless.

If I can get the aircraft up with a single engine, then I will proceed to remake the wing if the aircraft proves to be hard to control due to unequal lift. If I am not able to achieve flight during my next test, then I may end up shelving the project for a while. Regardless of the result of my next test flight, this project has been extremely enjoyable to work on.

JamesWhomsley on January 24, 2018
This is awesome! Great write up. I'd love to see more. This has inspired me to build something similar to my own - I may have to find some space to store it though! Best of luck with your re-maiden flights and it looks good to me. Even if the wings are slightly different, you should be able to trim that out. :)
Log In to reply
elijahf111 on February 4, 2018
is the center of gravity on the same spot as the original
Log In to reply
Flying Penguin RC on February 14, 2018
Very nice design.
Log In to reply