For those of you that have been following my articles about the Cockpit Ground Station (CGS) I have been building then you will be happy to see these latest successful test flight videos.  For those that haven't and this is your first read of the CGS then after you watch the videos you may have questions about the build or just want more details in general.  I encourage you to visit my other articles that I will link at the bottom of this article in the ''related articles'' section.  I also have several videos on my youtube channel about this build and more test flights.

These test flights below took place at a casual FPV ''get-to-gether'' we had here in N.E. Oregon.  A few guys from FPVLAB.com met up at my place for a weekend of flying.  There were five of us that showed up and 3 of them I had never met face to face until this weekend.  Despite that I felt like I have known them a long time.  We all hit it off and had an epic weekend!!  The test flying had some mixed results.

My two main objectives to test were the new roof top bungie launch system and to see if it was easy to take off a tricycle gear trainer from the ground.  All the testing I did was because of all the help I got from the guys.  They were either retrieving airplanes for me so I didnt have to climb in and out of the box or taking videos.

These two raw videos are of the first two successful roof top bungie launches of a RiteWing Zephyr II.  The very first one was an epic fail.  The bungie did not release from the plane because the line got fouled in the prop.........YANK! and a noes in with minor damage.  I wont bore you with that video.......all you see is sky then ground within the span of a couple of seconds......LOL.  Oh, and one thing I should describe is how I initiate the launch.  By activating the door close lever and as the door slams shut it pulls the release pin.  The slamming door adds to the drama of the launch, as you will see in the videos!

The first video the rates and trim were wayyyyyy out on the ZII.  It took me a minute to get it trimed out and flyable.  You can see my thumb on the trim switch like a spastic Fonzie in a fast forwarding episode of Happy Days.  LOL

In this second launch I was having a video issue that caused my main screen to go to black and white.......No biggie.  I had turned the rates down and the plane was trimmed up so the launch was much more toward normal and routine.

This is an exterior view of the first launch taken from my friend ''Big T's'' (from FPVLab) quadcopter.  I included it so yu can kinda get an idea f the setup.  The actual launch is at about 1:15.

So now with the really big test.  Could someone stick in their own JR type radio module, program the CGS's Modified Turnigy 9XR with their airplanes profile and go fly.........well Azdel from www.FPVLAB.com helped me prove you can!!  Thanks to Azdel for taking the gamble with your Popwing for the ''cause''!

He was the first to use the CGS with his own equipment hooked to it.

Of course I can fly everyone of my planes with the CGS or just a ''plain-ol-vanilia'' FPV ground station set up.  My goal has alwas been to make the CGS as user friendly as possible.  With the addition of the bungie launch system I am now totally self contained.  I dont need anyone to hand launch for me anymore as long as I have a tow hook on the bottom of the planes.

In this next video I was flying my Dynaflite Bird of Time 3 meter Sailplane.  Since it is a rudder/elevator only plane, I of course put the rudder on the joystick and use the rudder pedals to pan the camera.  Being able to pan the camera when soaring really helps when looking for thermal generators on the ground.  I can see them without having to turn the whole plane looking for them.  I can find them then turn the plane to the heading I want.  This was a prety EPIC soaring flight.  I specked out in some weird turbulant air then fly out of it......lose some altitude cross back over and do it again.  One persons comment when they saw this video was.....""All you are missing Brett is radio chatter and it would be real''.  LOL.......I have to agree......hahaha

I love to practice pattern work.  A flight instructor once told me that everything about flying an airplane is in the pattern work.......transition, turns about a point, slow flight, even stalls (hopefully only inches above the ground).  In this video I am doing pattern work in the Bird of Time.  The one thing that seperates a good pilot from a great pilot is putting the airplane exactly where you want it on the landing.  The only way to do that is practice, practice , and more practice.  Luckily for me I love this kind of practice!!  Unfortunitly I am far from a great pilot yet........ 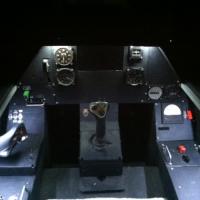 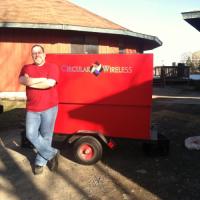 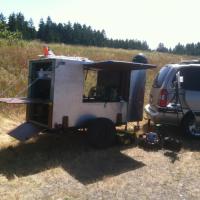 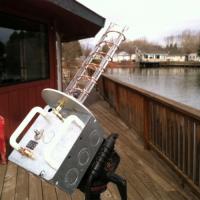 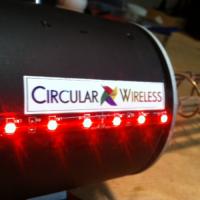 Cool Ground station build out of a light fixture!! 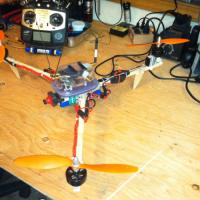 Cheating on my Quad with a Tricopter......its LOVE 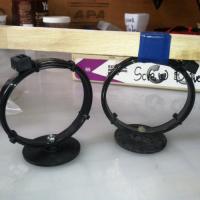 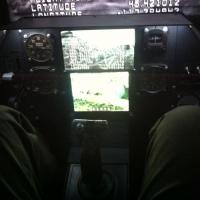 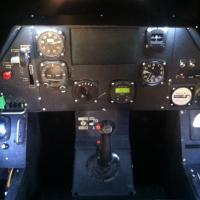 Log In to reply
galaxy engineer on October 8, 2014
In time or money?!? Surprisingly, not as much money as you would think............Actually I didn't really keep track to close but if it is something you want to build just do like I did and do it a little bit at a time. I think the biggest lay out of money at any one time was the 42 inch television. I bought that as a scratch and dent item off of eBay. The rest I just put together as I went along. I have changed its layout so many times (see my other articles) that the cost of its present day state is moot. I could do it a lot cheaper now that the experimenting is done.
Thanks for checking it out.
Log In to reply
dmcx on November 4, 2014
Man that is outstanding! I haven't been around RC for a few years but I remember following your thread on FPV Lab, an absolutely great effort on your part, congratulations. If I remember correctly the stick is a force feedback correct?
Log In to reply
galaxy engineer on November 4, 2014
Hey thanks for checking it out!! I moved away from the force feed back unit as it just was not versatile enough for what I was trying to do. I ended up just modifying a standard joystick and throttle by putting in pots that matched the ones out of the radio......then it was just a matter of extending the wires in the radio to the controls in the cockpit......I say simple, in theory it is but a bit more of a task just extending wires.....LOL!
Log In to reply
jindo12345 on February 23, 2015
How do you build this? I am planning on building one soon. Is there a chance that you could send me your email so if I had any questions I could ask you. Thanks!
Log In to reply
galaxy engineer on February 23, 2015
If you haven't already please see my construction article. The link is above in the related articles section. I am excited to hear that you want to build one of these. There are links to my construction blog it the other articles that is on fpvlab.com. I would be happy to help you any way I can. Where in this world are you located? My email is brettsterppg@gmail.com
Log In to reply 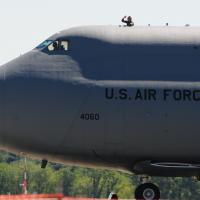