Why do EDFs need thrust tubes? This article will inform you! 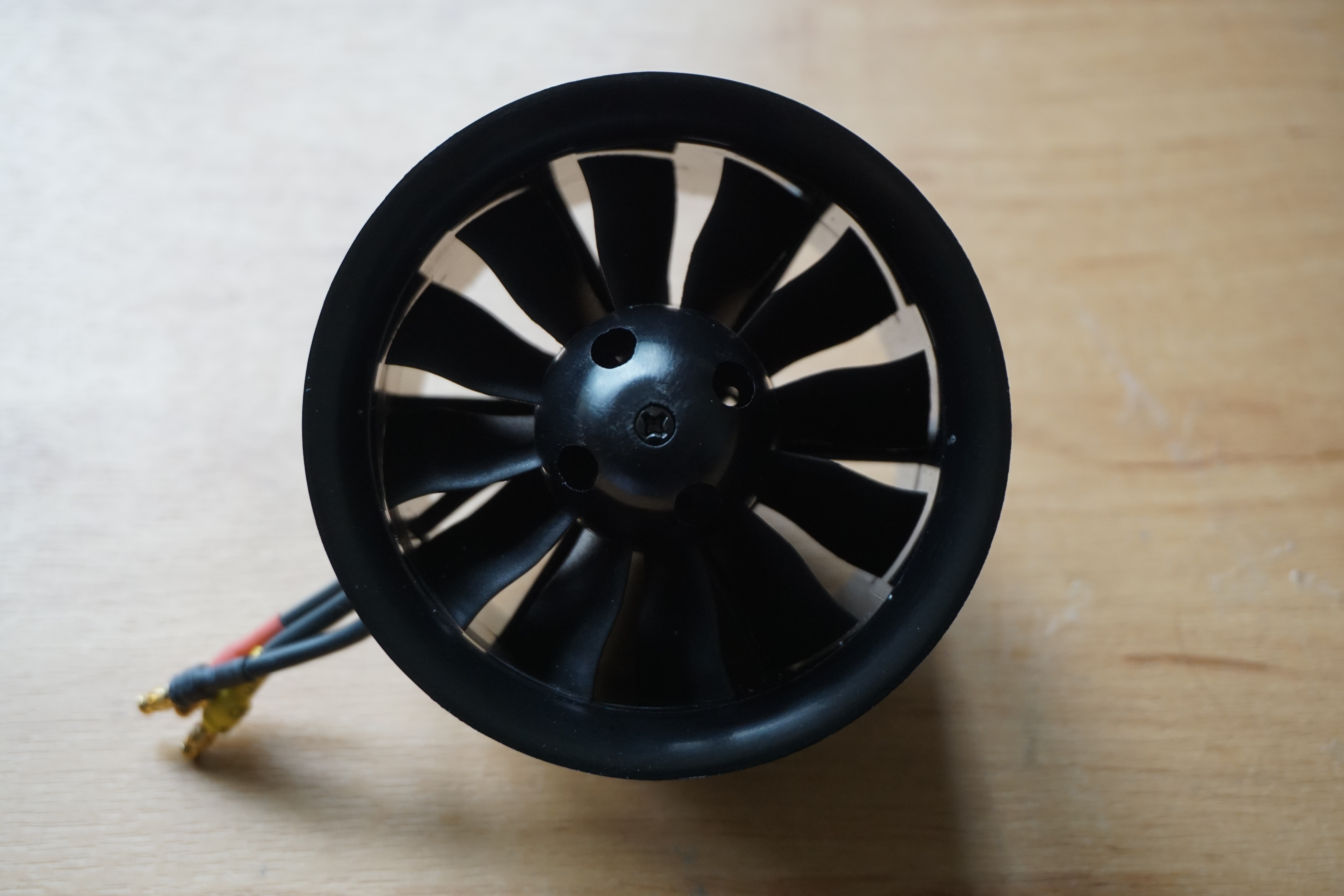 Electric Ducted Fans - What You Need To Know

Before going over why exactly you need to be optimizing your EDF units with thrust tubes, let’s talk a little about their characteristics. 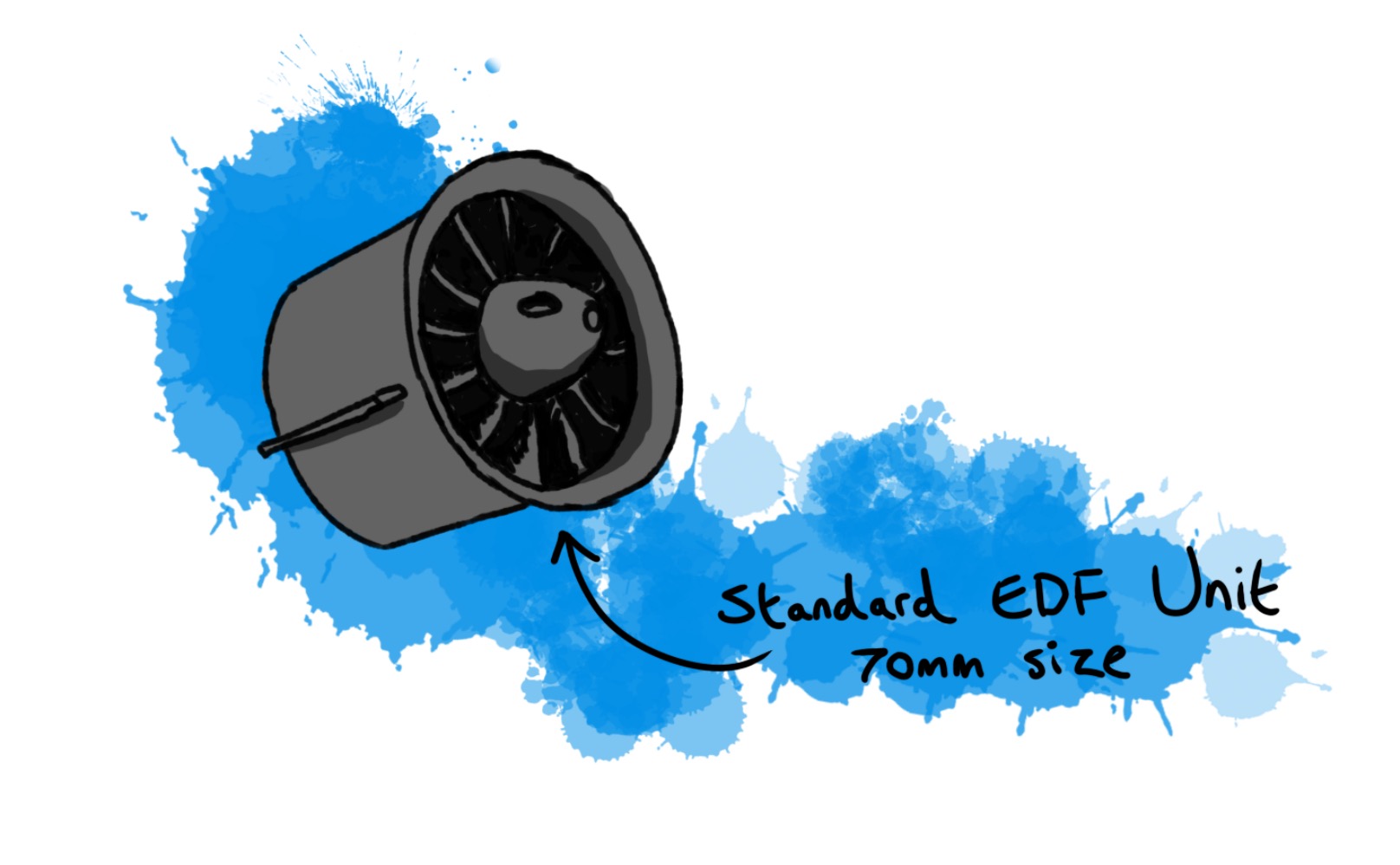 EDFs use higher KV motors than most independent brushless out runners. This is so they can rotate a relatively small fan fast enough to produce sufficient thrust to propel an RC airplane. A side effect of this is that they take a long time to spool up and therefore have worse acceleration than a conventional motor-prop combo. To get the most out of an EDF, you’re going to need an intake ring and a thrust tube to take in and accelerate the air optimally. 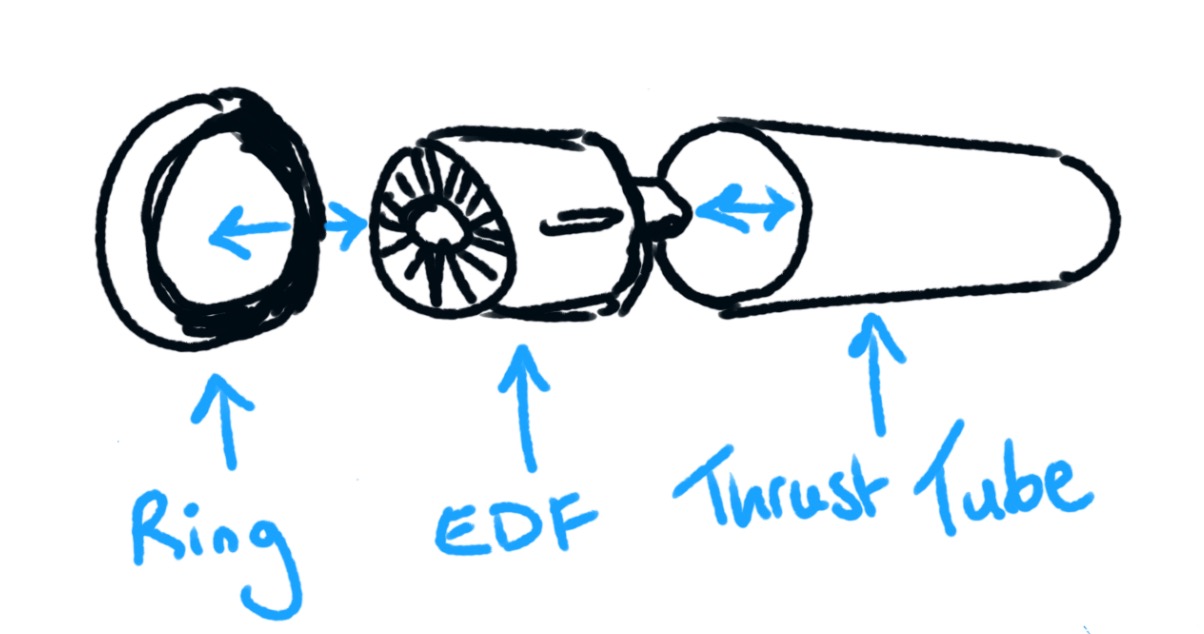 Hey! If you want to know more about ducted fans, read this article about building, tuning and flying EDFs to expand your knowledge.

Yes, when compared to a conventional brushless motor prop combo, electric ducted fans are generally faster, draw more amps and are less efficient. They draw a lot of power to spin those fans and only have a very narrow speed range where they’re at their prime. At a fast cruise, an EDF powered plane is in its element.

Why do I need a Thrust tube:

Controlling the airflow into and out of an EDF unit is important for getting the blades working at their most efficient speed range and maximizing the performance of your RC airplane. What a thrust tube mainly does is help the air to accelerate. It does this by making the exit diameter of the tube smaller than the size of the EDF unit.

So how does narrowing the exit tube work? Well, by narrowing the exit diameter, the air is compressed more by the fan and is forced out of the exhaust faster. This means that your aircraft can reach higher top speeds. It also means you can fly at a cruise using less throttle.

The thrust tube also can improve the airflow of air exiting the EDF unit. If you think about an EDF unit, with the motor, motor mount, spars, and veins, you’ll probably realize it has a pretty turbulent effect on the air as it passes through. A thrust tube can help to minimize this effect, much thanks to the smooth surface as it compresses the air after it exits the main fan unit. 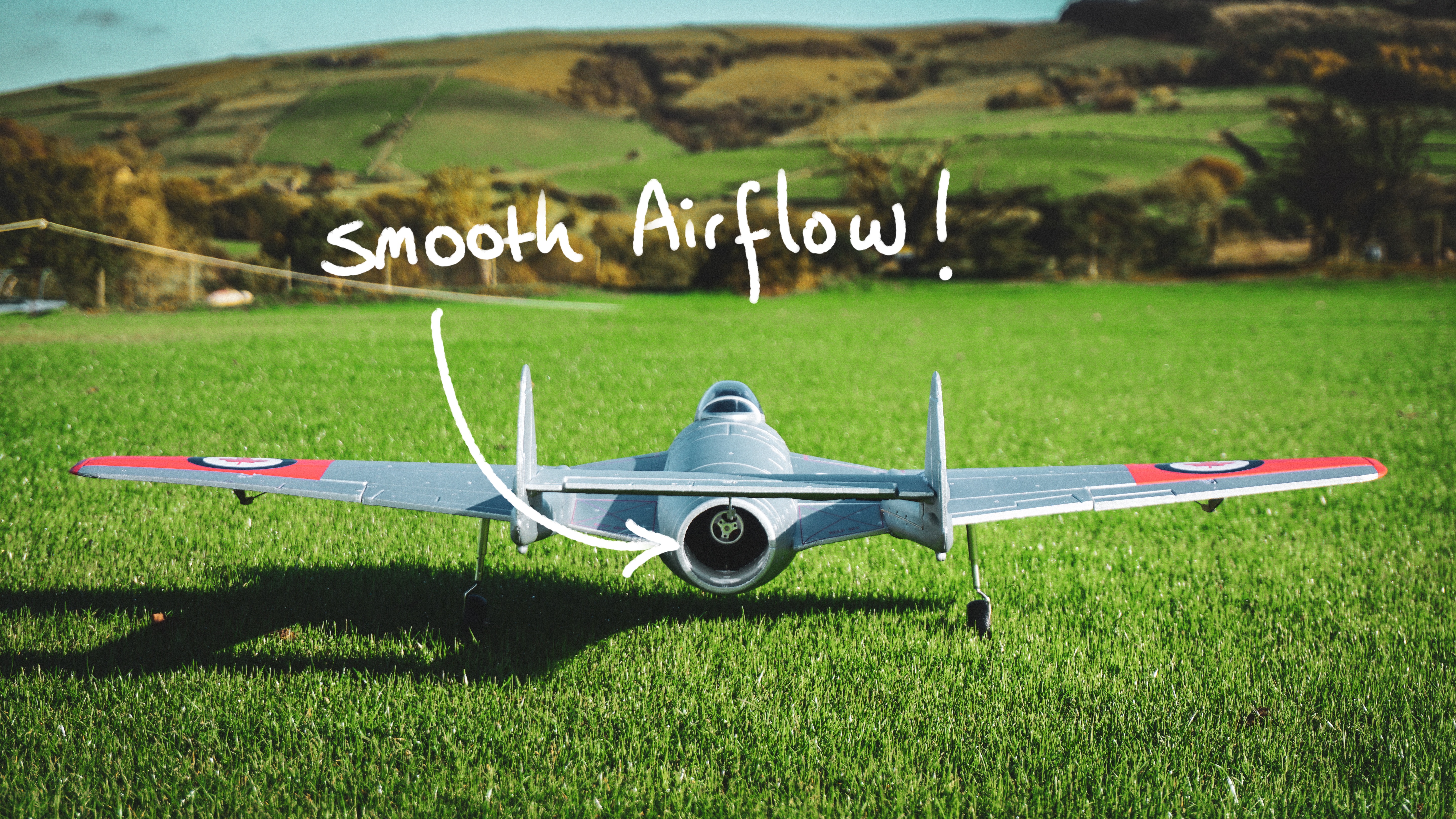 There are two key factors that need to be considered in order to determine the overall tube size.

Here is a thrust tube calculator for working out the size of your EDF tube. It's super helpful!

We hope you found this article helpful. If you did, leave it a like! 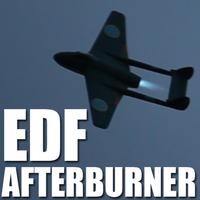 kilroy07 on December 12, 2018
very timely as I'm currently working on an EDF design.
Thanks for the info.!
Log In to reply
Spotman on December 12, 2018
The thrust tube is an effective way to get the best performance out of an EDF. While the article above isn’t strictly correct as the air is not really “compressed” at these velocities, it is correct in that the area reduction along the tube increases the air velocity so that the momentum or thrust is higher at the tube exit. Having said all this, ensuring that the inlet to the EDF is unobstructed is way more important than anything that happens at the outlet. Keep the inlet and flow passage at least as large as the inlet of the EDF and keep the flow path as straight as possible. Try to minimize any obstructions (wires or struts) in the inlet passage and, definitely, keep them out of the thrust tube. Losses are much larger when the air velocity is higher. Run a test to verify that you are getting near the rated thrust at the rated motor amps. If not, you are probably starving the inlet or obstructing the outlet, or both. Remember, the EDF motor can run at the rated amps while not producing the rated thrust. You need to measure both. All this effort pays off in more speed and longer flight times.
Log In to reply
grifflyer on December 14, 2018
GREAT article write up I'll definitely show this to people who are new to EDF's.

Although one thing is that I find strange is using 90% FSA as your exhaust diameter, that seems a little high unless you want slow speed performance. I normally stick around 80 to 85% FSA that way you get more speed and the sound is a lot less "whiny" I'm not trying to be rude, just a suggestion for others.
Log In to reply
L Edge on March 2, 2019
Another rule of thumb. If you reduce the exit area, you increase the exit velocity, but loose thrust in the process. Reason, more leakage of air out the front due to higher static pressure.
Log In to reply
thodyn on October 7, 2019
As well, this may only apply to actual jet turbines, but your inlet diameter can cause or help in overloading the fan. I've seen one sight that addresses this. The problem is pressure vs. velocity issues and the capabilities of the edf (blade pitch, rpm, power, etc.). That being said, conditions vary but the intake and exhaust diameter/length should correspond to the condition you're trying to correct. This would indicate that testing first in order to identify if and what condition exist (as stated above). But, I've been wrong before and I will be again...
Log In to reply