I am Oliver and I have been flying model aircraft for a year.

I decided to build this jet after getting a small toy model of an F-35. I used the model to find roughly how the larger RC one could be built and I created a set of plans, which I then built from. They need minor adjustments including the addition of wing spars and an optional opening canopy for access to the battery. The 3s 70mm EDF unit should be mounted in a very similar way to the FT Viggen. In the plane, there are two 9g servos for elevons (not shown in plans), a 2200mAh 3s battery and a 40A ESC powering the 64mm EDF unit (5 blades). With this EDF it has a 2/3 power to weight ratio, however, it is not particularly fast due to a large amount of drag (expected on any foamboard aircraft), so, as much as it can run on 64mm, I would recommend a 70mm for speed.

Above is the initial test of the F35 and I found it to be very stable but it requires slightly more on the throws on the control surfaces as it struggled to rotate at slower speeds which is vital for landing. I also observed it has a very low stall speed. 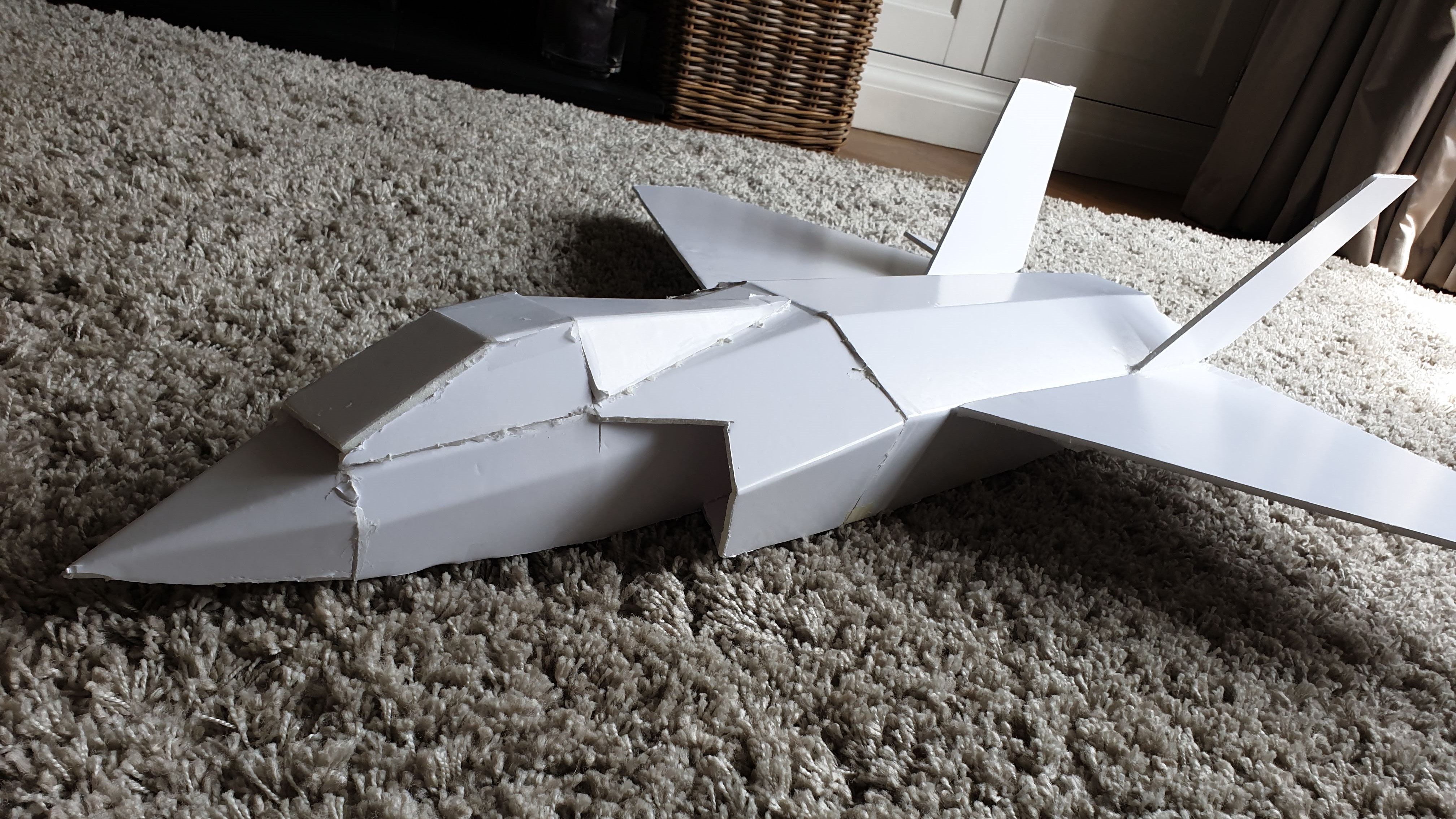 For the wing struts, I glued two of the struts together and passed them through the fuselage. I had to cut one and support it down onto the fuselage to make room for the fan unit. 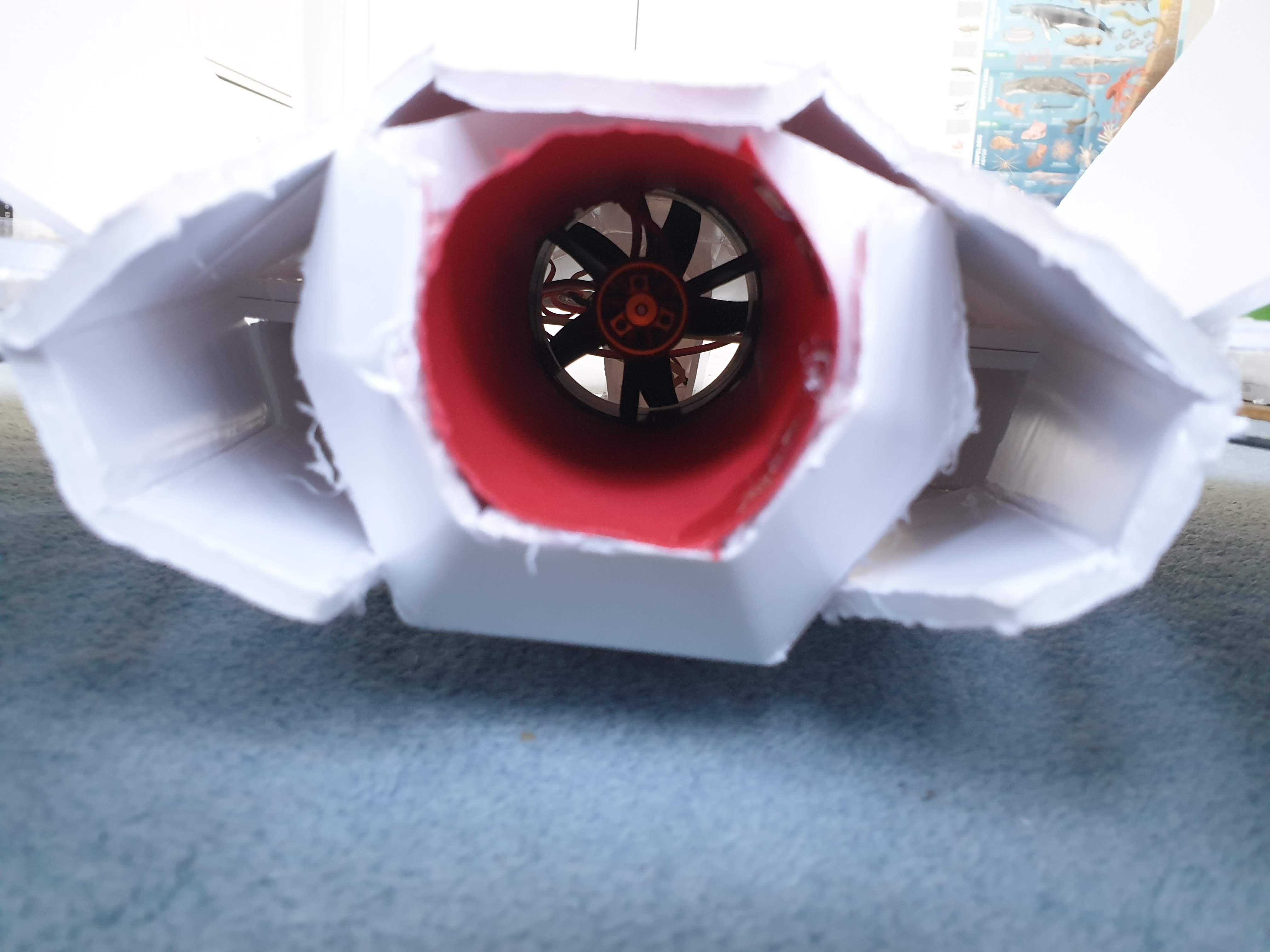 This image shows the fan installed in the rear section which is detachable (shown below) to allow the installation fan unit. The fan mounts are not included in the plans but are simple to create and reference to the FT Viggen for the 3 foamboard pieces featured below. 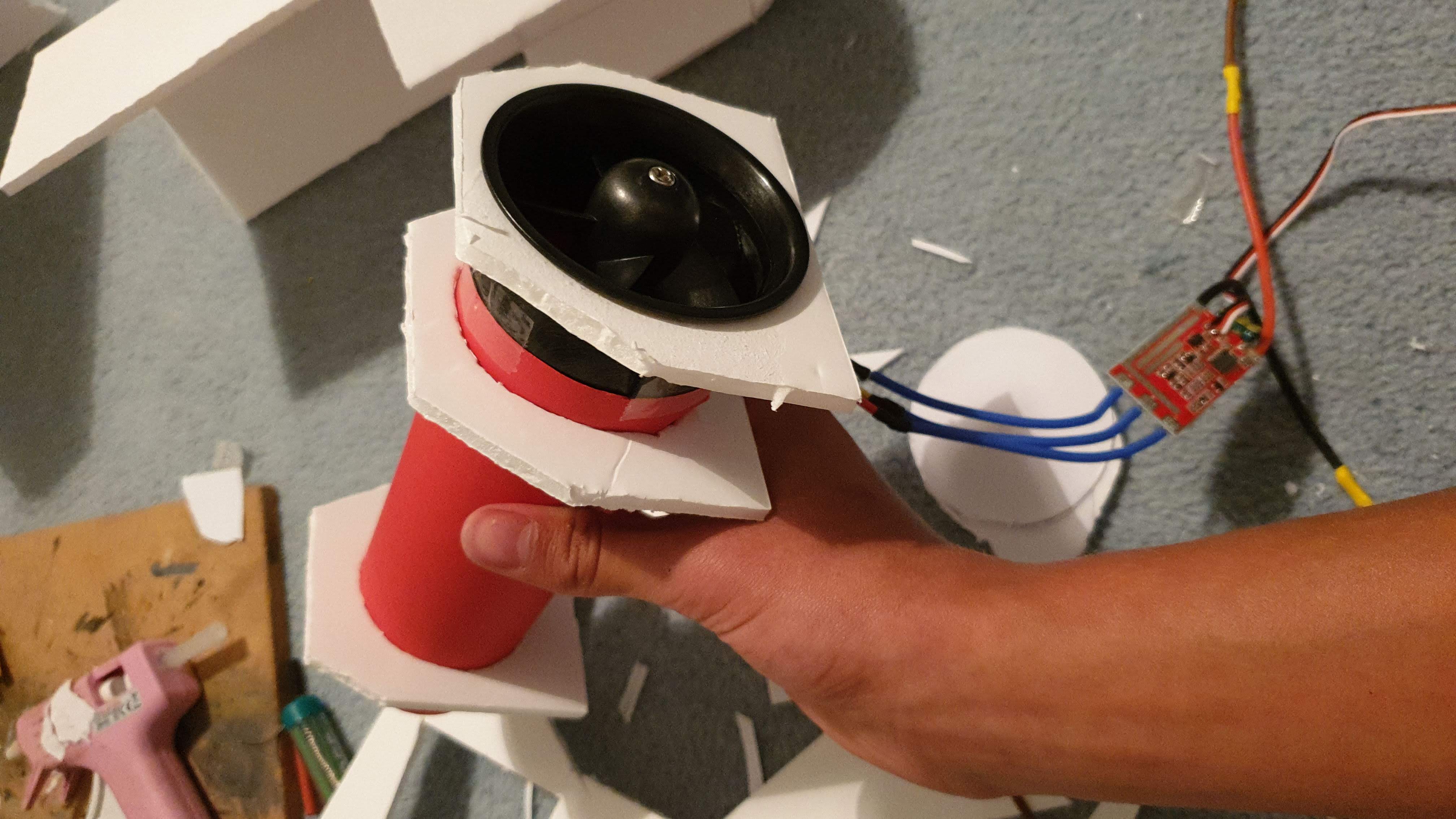 This overview video shows the aircraft in more detail. The featured hatch is not necessary but useful for access to the electronics. To make the battery hatch, once the canopy is glued on, cut it back off along with the foam that it sits on. A lip can be added at the front of it (also in the video) to grip it on the fuselage. Control surfaces are elevons with two servos pointed out in the video and the surfaces could be made larger than in the video in order to adjust roll rate.

The second part of the build overview.

This is the maiden of the jet and I was surprised to find how stable and nicely it flew, which can be seen in the video, as at that stage it was my first time flying a jet, it has not been trimmed and there is a light wind. In this flight, I used 40% of the 2200mAh battery in just 1.5 mins of flying, due to it being full throttle the whole way through. I don't think this is necessary, but it isn't the fastest jet and I wanted to fly it fast for the camera. So expect between 3-5min flight times with this aircraft. 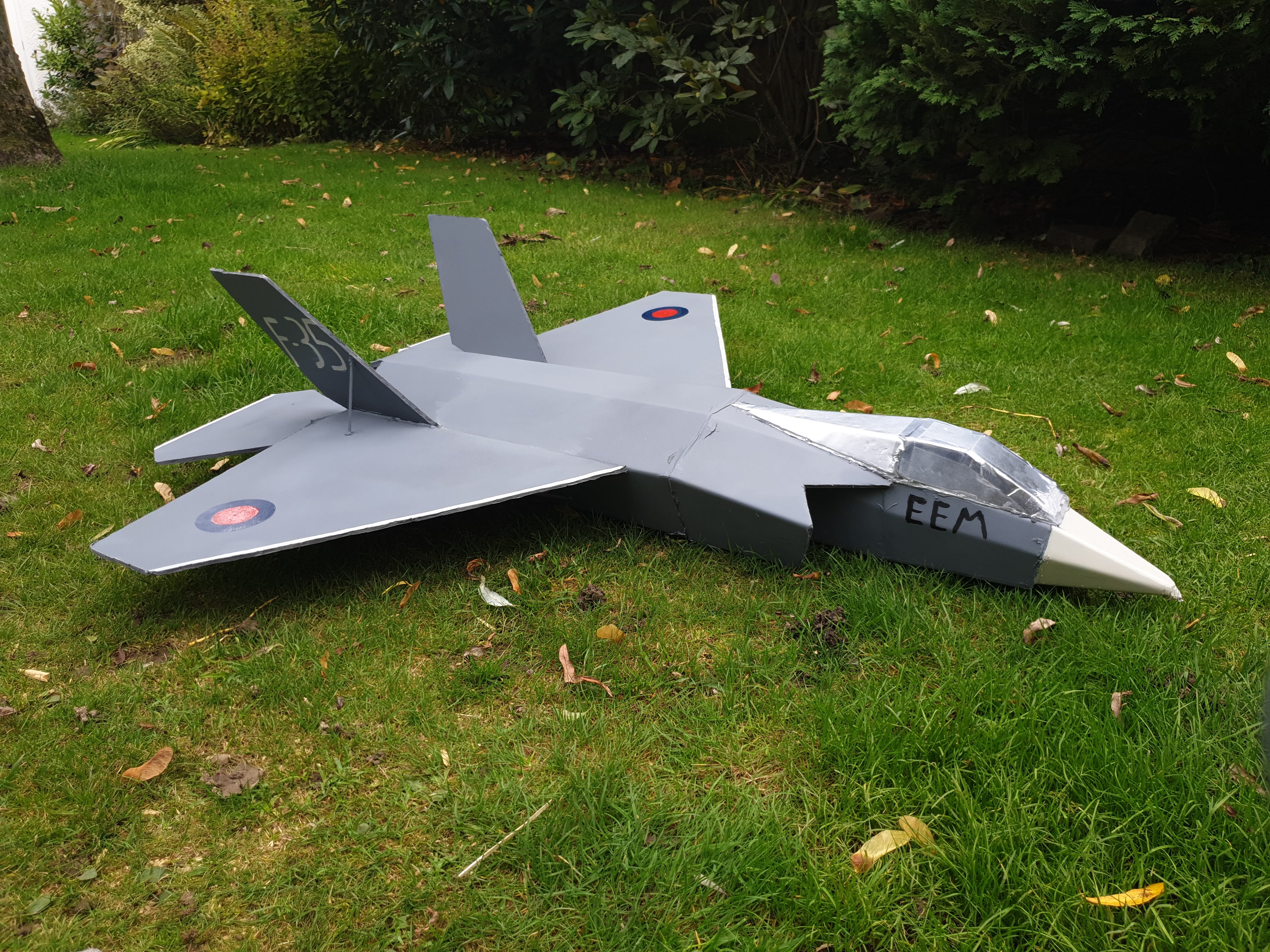 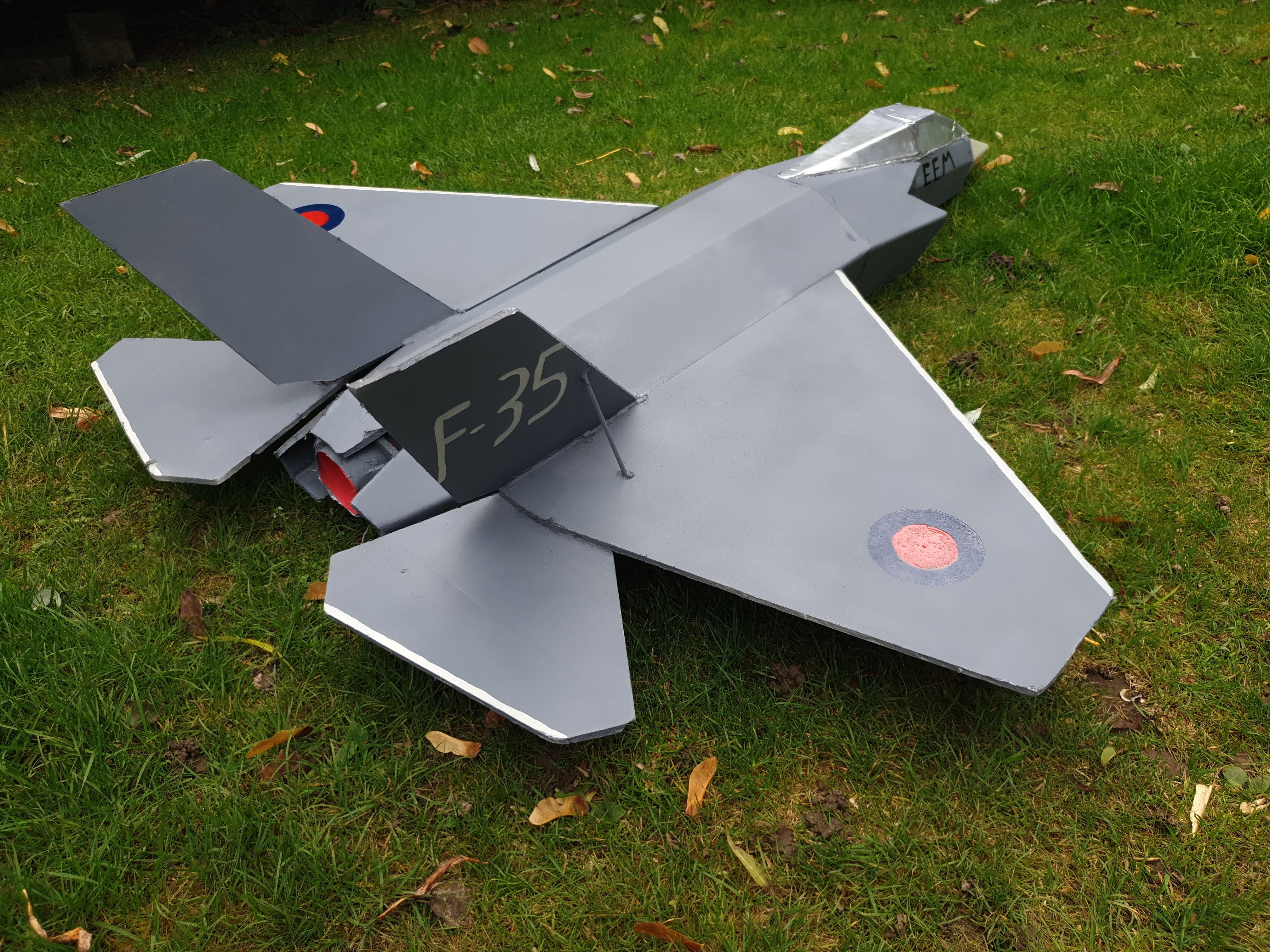 This shows the jet fully built and decorated in the RAF F-35B scheme.

Overall, I would recommend this jet to any RC plane pilot for both its looks and flight characteristics. It has been a fun project and I look forward to flying it more. 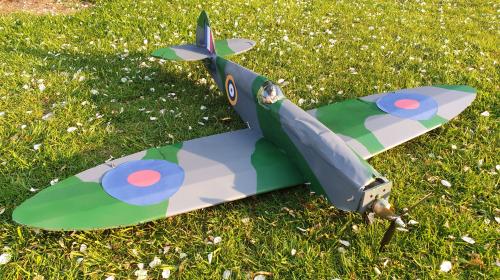 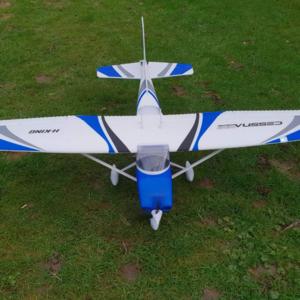