If you're looking for some inspiration for your next scratch build project, here are ten unique airplane designs.

For this list, there are only three rules: 1) the aircraft had to exist, 2) it can't have gone into full production, but 3) it had to have completed at least one flight. We're also looking at planes that aren't your usual bunch, so there should be some here that you haven't seen before. Let's get started. 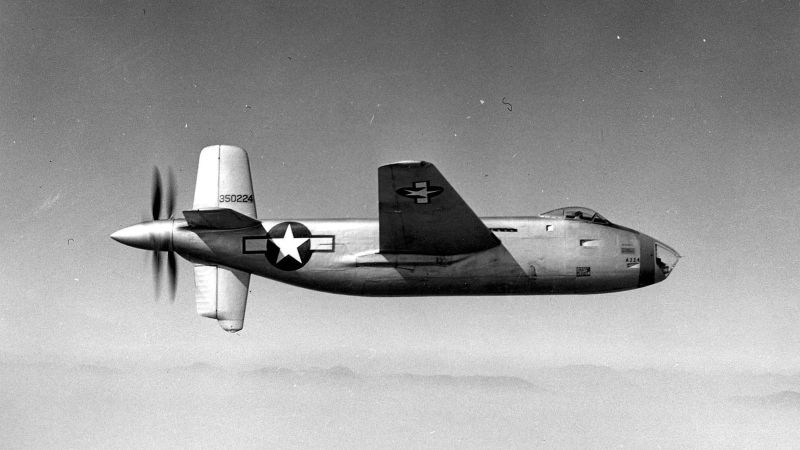 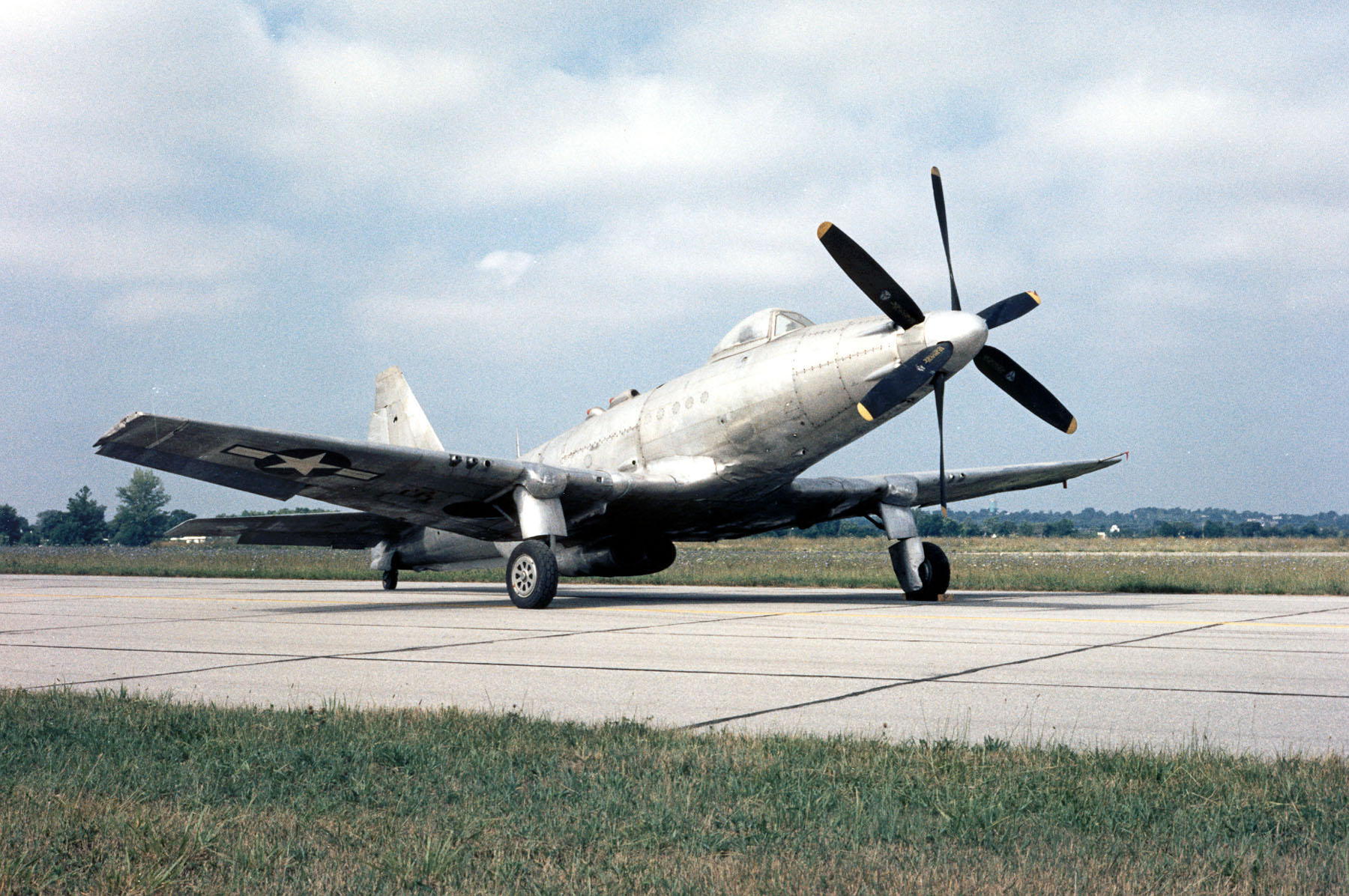 Brief: This experimental aircraft was designed to meet the USAF requirements for a plane that could climb extremely quickly and fly over long distances. Its configuration was unusual, being similar to the Bell P-39 with a mid-engine layout. The aircraft showed promise but prototype testing was disastrous: numerous faults were found and, by the time it was ready, other more conventional fighters like the P-51 Mustang had surpassed it. The program was canceled in 1944.

The second jet-powered aircraft to fly (briefly thought to be the first).

Brief: You may know that the He-178 was the first ever jet aircraft to fly, but over in Italy the Italian Air Force had also been experimenting with jet propulsion. Before knowledge of the 178 got out of Germany, the N.1 was believed to be the first plane to fly using a jet turbine. The two prototypes built were tested until 1943 when the Allied invasion of Italy halted the operation.

An early-war fighter with a seriously impressive top speed. 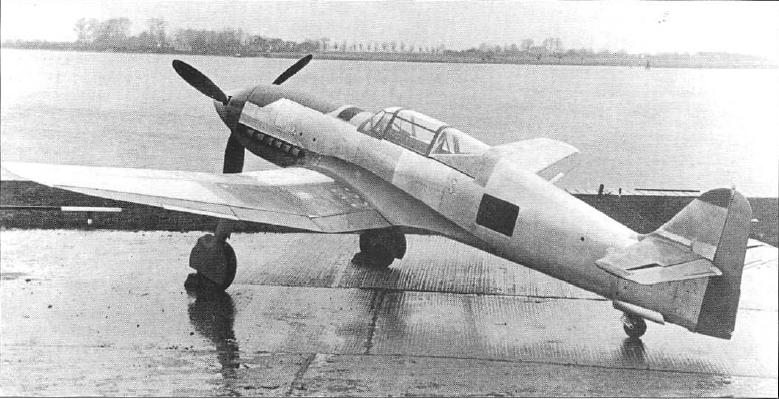 Brief: Although the BF-109 became Germany's main fighter aircraft throughout the entirety of the war, there were other manufacturers who were vying to get the contract. Heinkel was one of these manufacturers. After failing to win with their He-112 design, they decided to go all out to produce the fastest fighter the world had yet seen. The result was this He-100. It could do a staggering 416 mph. Compare this to an early Spitfire that could do just 362mph. For multiple reasons, the Luftwaffe stuck with the BF-109 and the He-100 project was scrapped. 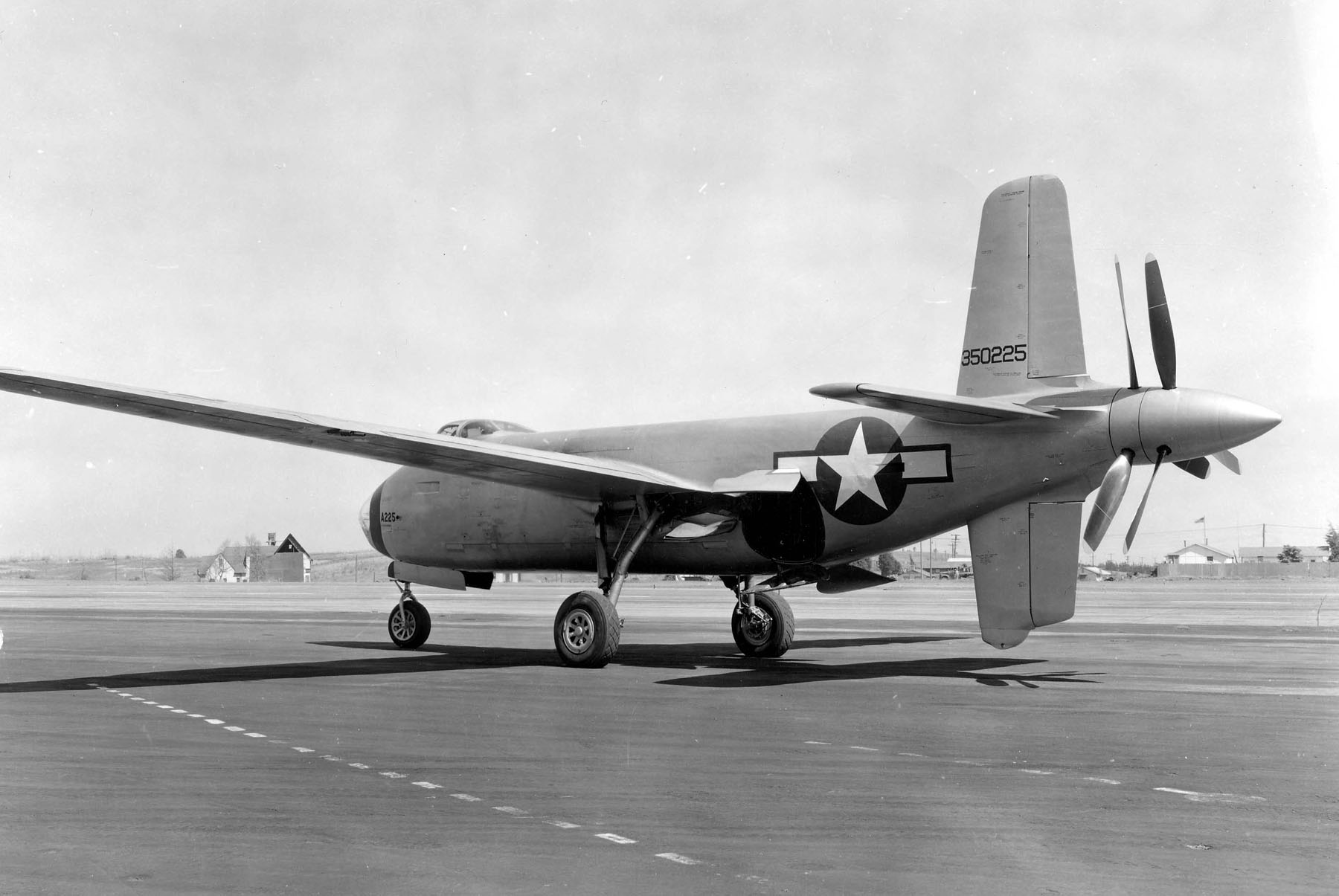 Brief: This plane might have been the USAF's answer to the high-speed light bomber. It started as a private venture by Douglas to match the range of a B-29 with a much smaller aircraft. The prototypes could do 410 mph. A surviving example is currently undergoing restoration work and will eventually be displayed in US National Air and Space museum.

An Italian fighter with a mid-mounted radial engine. 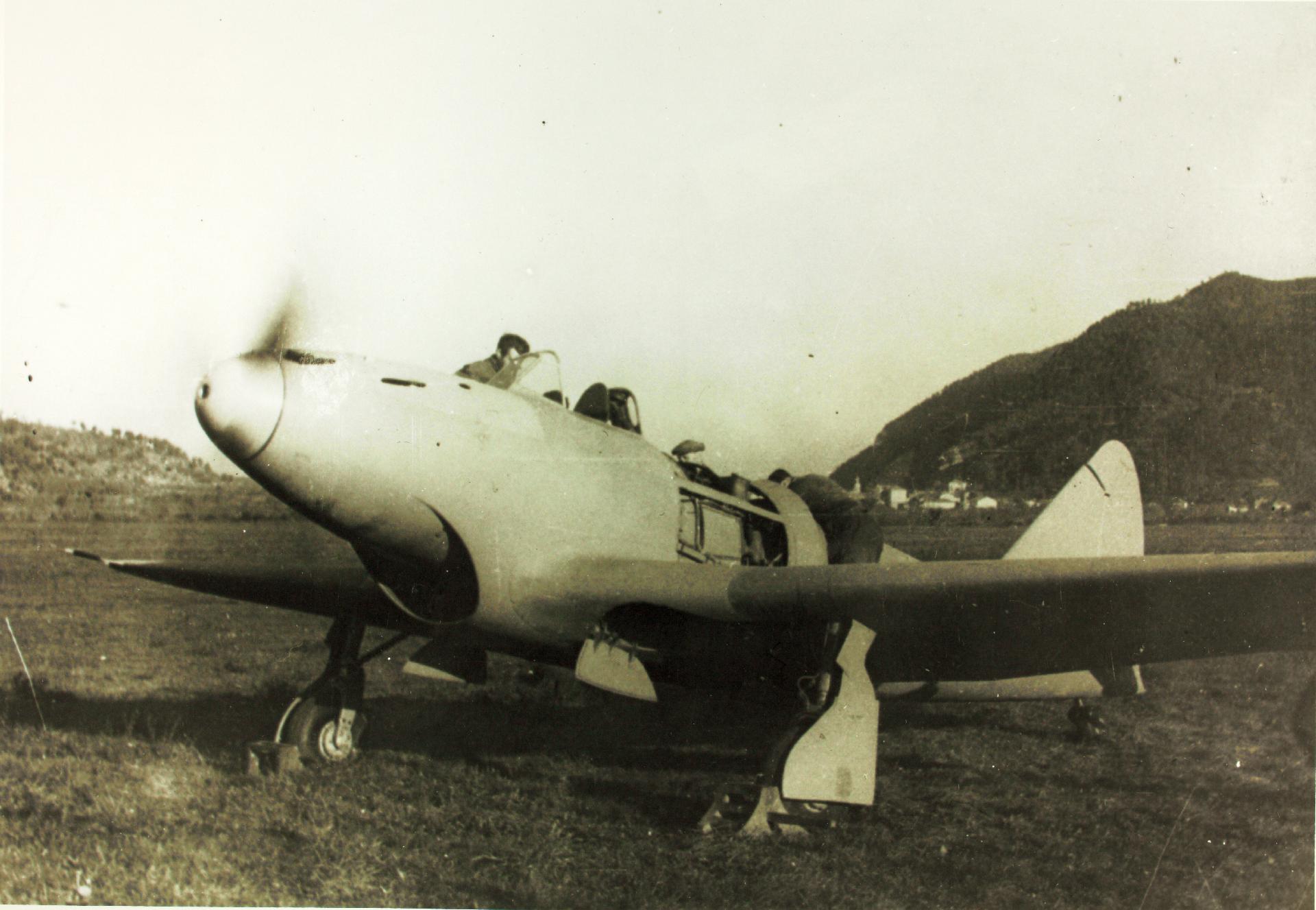 Brief: The P.119 has a rather unique engine - or at least a unique positioning of the engine. Although planes like the XP-75 have been known to use mid-mounted inline engines behind the pilot's cockpit, this one had a radial mid-mounted engine. It was hoped this would allow more maneuverability, aerodynamic 'slipperiness' (for want of a better word), and more room for weaponry up front. The Italian Armistice of 1943 ended this project. 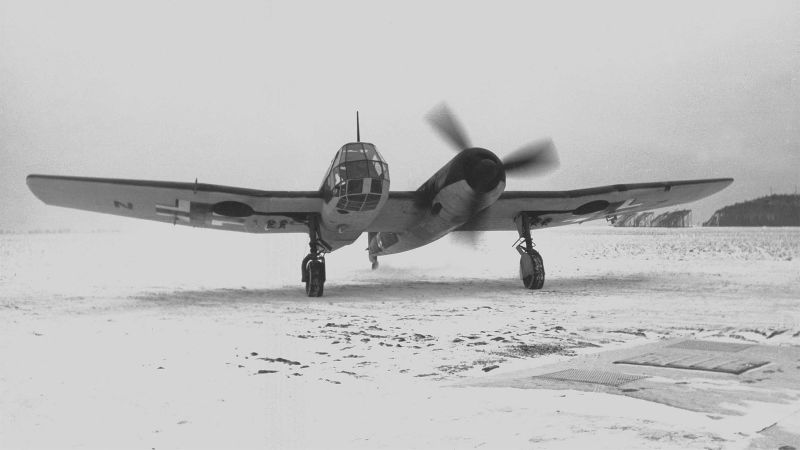 Brief: Although the BV 141 performed very well (despite its irregular shape), the plane was never ordered into full production. If you want to find out more about how asymmetrical planes like this one work, check out this dedicated article. 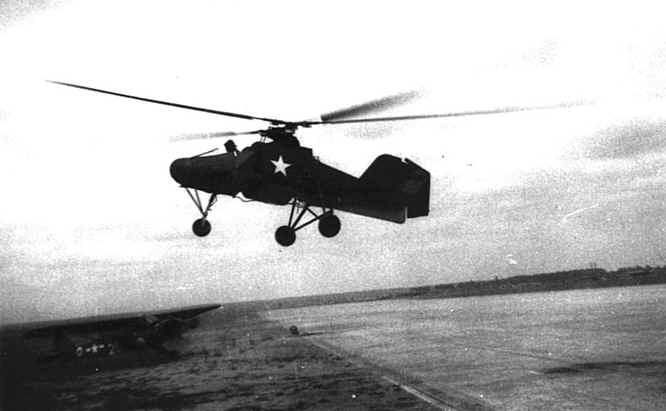 Brief: You don't really hear about helicopters being used in WW2, but that's for good reason: most were simply not ready for war at that time. However, this German helicopter was (just about). It's a bit of an exception on this list as it was ordered into production, yet the factory only produced 24 of the 1000 units ordered before being destroyed in a bombing raid. Some of these surviving helicopters were used successfully, though, as transports and observer craft.

A Soviet rocket-powered plane on skis.

Brief: You've probably heard of the Me-163, but have you heard of the Russian version? The BI-1 was flown just 12 times under power and never made it into service and was retired in 1945.

An unusual configuration airplane with a downward firing ejection seat. 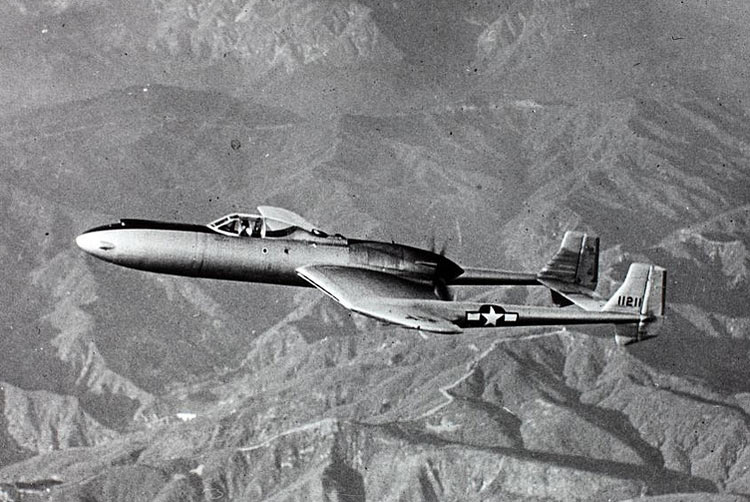 Brief: This strange looking, extremely slender fighter prototype which was built to test a twin boom pusher configuration. It had a pretty futuristic entry system where the electrically powered pilot's seat would lower through the bottom of the plane.

What it says on the tin! 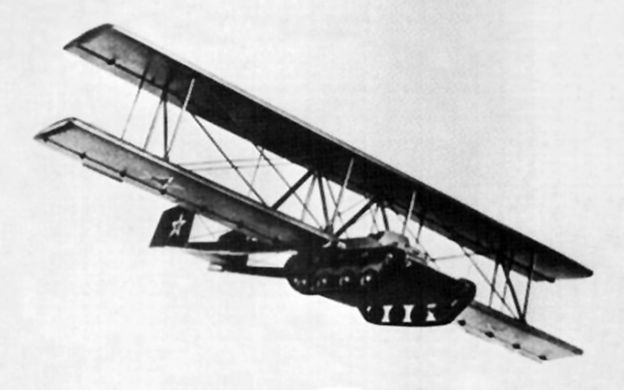 Brief: The above image of this crazy contraption isn't photoshopped. This was a real proposed solution to the problem of deploying vehicles to the battlefield that was first tested in 1942. 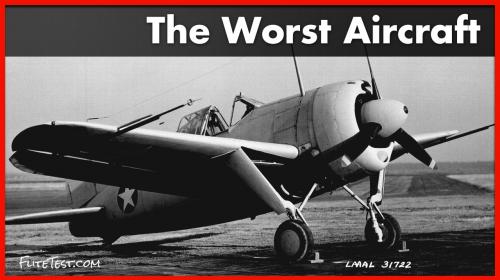 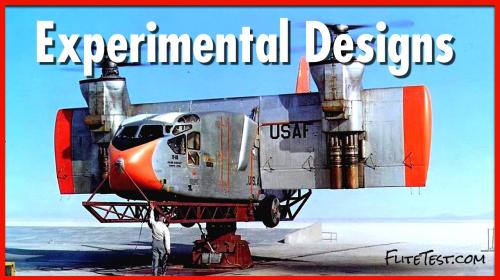 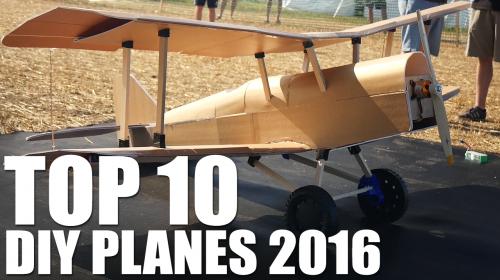 Log In to reply
Skisnake on March 15, 2020
I believe that the Piaggo P119 is the only one that has not had a model made of it.
Log In to reply