How to - Soldering battery connector

This is a quick how to video on how to properly and safely change a connector on a LiPo battery. Since I've decided to go with "T-plug" style (a.k.a. Deans) connectors, I have to change XT60 connectors on my LiPo batteries.

This process is not very hard, but it could be very dangerous. LiPo batteries contains large amount of energy (for it size) and short-circuiting them will transform all this energy into heat/fire.

Two thing could go wrong while doing this.

1. First and the most dangerous is to connect positive and negative wires together creating short circuit. So, make sure that at least one of the wires is properly isolated and protected at all times. Never create situation where you have both wires exposed and never think that you can be careful enough and keep them separated. They will come together, thrust me. :)

2. Second is a lot less probable, and that is overheating you battery while soldering. Overheating battery cells will damage them and you could do this if you keep your soldering iron on the wires to long. So, do your soldering job as quickly as possible.

2. While soldering, keep male and female connectors connected together. That way you will increase heat dissipation so it will be much harder to melt the connector. Other advantage of soldering connector while it's plugged in is that, even if you exceed temperature on connector and melt the plastic a little bit, terminals on connector will stay aligned properly. Therefor, you will be able to plug them later. However, when soldering negative wire to the connector, unplug the male connector because exposed contacts on it could created unnecessary problems.

3. Use a peace of foam or something similar to protect the wires from crocodile clips. Silicon wires are very soft and sharp clips will damage the insulation very easily. In some rare cases you could damage the wire enough to cause short circuit and a lot of damage (crash).

Any 30W (or similar) soldering iron. 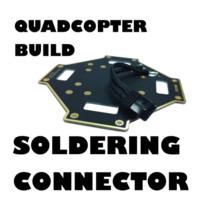 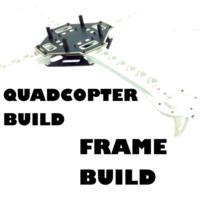 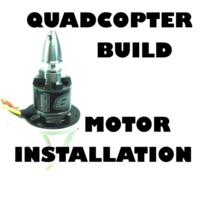 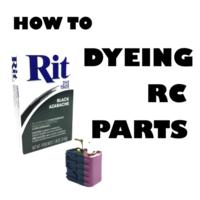 How to - Dyeing RC parts 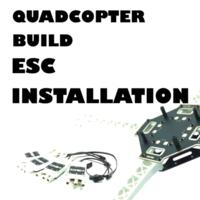 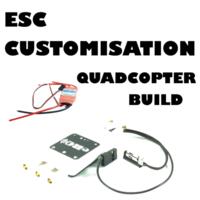 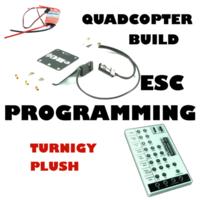 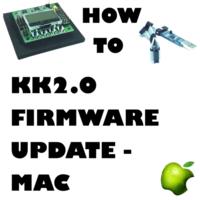 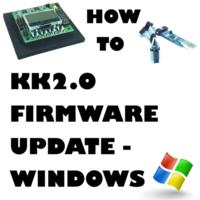 How to - KK2.0 firmware update - Windows 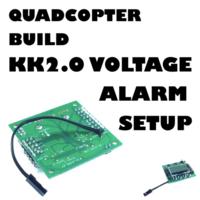 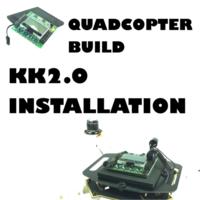 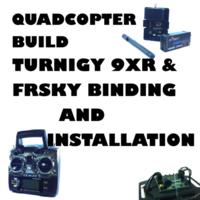 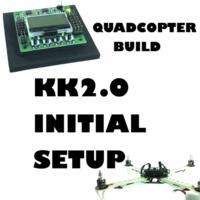 windfou on April 24, 2013
hobbyking is selling rack for soldering and it so much helpful because it hold you connector in place http://www.hobbyking.com/hobbyking/store/__25167__Mr_Grippy_Soldering_Jig.html
Log In to reply
eluminerRC on April 24, 2013
@windfou - Rack is a good thing if you have one. However, for 7$ bucks is just not worth it for me. Also, I want to show people that you don't need to have a ton of equipment and money to enjoy this hobby. Helping hand is so much more useful and you can use it for so many things. It should come with every soldering iron. :D

@x3mperformance - Thank you very much. I've just started and feedback like yours it's what keep me going and makes me happy. I can assure you that the best is yet to come. ;) Thank you very much for linking my articles, I helps me a lot.
P.S.
Yesterday I've read your article about SK450 and I loved it. Also, I see you have APM 2.5. Awesome. I have my eyes on one for quite some time now. Maybe I'll pick one up in the future.
Log In to reply
x3mperformance on April 24, 2013
A helping hand is the only thing you need, the jig from HK are taking TOO much heat away from the solder.

Youse the basics, don't make it over complicated, i sometimes just uses a pair of pliers to hold the items when i solder.

And to eluminerRC.
You have made some really fantastic videos and a marvelous job of the SK450.
I have taken the Liberty to put all your videos as a link, on my SK450 review and the Dead Cat conversionkit review.
Even some old bones like me, could pick up a trick or two.
Keep those videos commin'.

I must admit, in the beginning, i missed to hear you talk about what you are doing, but i was so wrong.
The way you have choosen to make your videos are even more informative, without the Words.
I like your Work, and i have put my vote on every single video of yours.
Rene'
Log In to reply
Cyberdactyl on April 23, 2013
Another nice video!

I picked up a few good tips.

I'm curious, why did you want to put Deans on? You had some older models? Or you prefer Deans? For me, once XT60's came out I changed and never went back.

Having both the male and female with no exposed copper connected. . .not even a slit. . .and also not exposed apart, was an easy choice.
Log In to reply
eluminerRC on April 24, 2013
Few people already asked me this. Honestly, I don't know. I also love XT60's more but I have so many Deans and I'm so use to them that I just didn't make the move yet. But I would definitely recommend XT60's over Deans and I will switch to them in the future.
Log In to reply

How to - Soldering battery connector