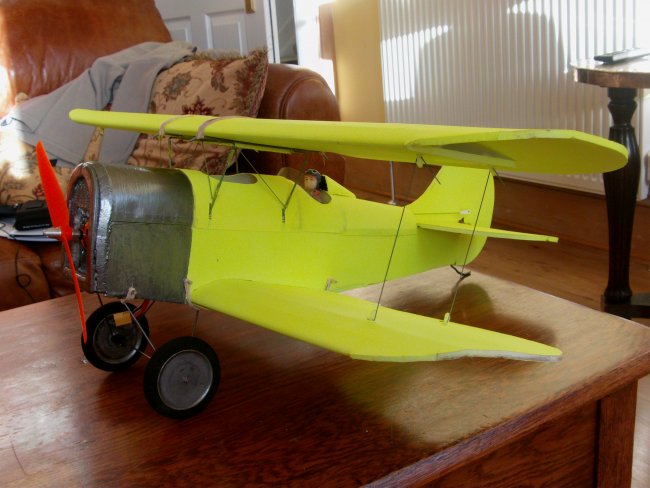 I’ve made a couple of modifications to this plane which have improved the handling and increased the flight times.

It did get the plane in the air, but it wouldn’t have been my first-choice motor; I bought it very early on in my RC flying career when I was still a bit confused by the whole - KV means prop speed - not power, thing.

With that in mind I decided to try a slower revving motor, better suited to turning a bigger prop. I went for an EMAX GF2215/20 1200KV which theoretically draws about 20A with a 10 x 4.7 slow flyer prop.

I only had a 9x4.7 prop around, so I tried the plane with that. It flew fine, with plenty of get-up-and-go for the take-off. I'm guesstimating my max current draw from this 'under-propped' setup is somewhere around 15-16A. This new motor has given me much better flight times, about 11 minutes with my 1500mah battery.

The next significant change was to alter the Angle of Incidence of the bottom wing. Though I thought I’d got it right during the build, I noticed the bottom wing was angled much flatter than the top wing. To fix this I trimmed away some of the fuselage cut-out and matched-up the wing angles. What a difference it has made. The plane flies slower, and steadier. The bottom wing is now providing more lift, plus, as it’s the only wing that has dihedral, I think its stabilising influence is more effective now.

The last modification was a field repair. In flight I started to get a metallic whining noise and thought the motor was about to pack-in. When I got the plane on the ground I found that one of the adhesive ballast weights I  had put in the nose was rubbing on the motor housing! The strong magnets in the motor were making the front of the power pod shift across on the mounting pegs, pulling it close enough to one of the weights for it to rub on the side of the motor.

Note to self – in future keep these metal weights well away from the motor. My ‘quick fix’ was to remove the weight and put an ‘equivalent’ blob of blu-tack in the front of the power pod. It did involve completely disassembling the plane, but it worked fine.

This video is a recent flight with all the modifications in place. Ground take-offs have been pretty stress free, but I never seem to get good take-off footage - I think I unconsciously lean back to ‘will’ the plane into the air, and that means my camera specs are pointed too high.  The plane tracks well on the ground and climbs out very nicely.

Apologies for the 'small plane in the distance' footage - and I didn’t get very much of the slow-flying. Later on I was bringing the plane closer and managing a lot more slow flat turns, but I wasted a whole lot of camera/battery time filming when I was doing that field repair with the weight. By the time I got the plane in the air the camera battery had almost run out.

Another note to self – switch off the camera when not flying! 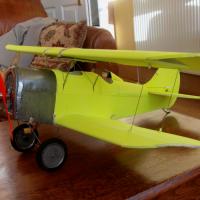 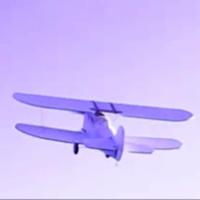 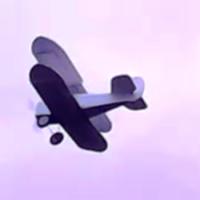 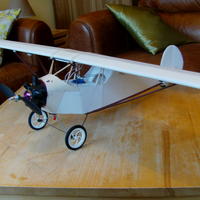 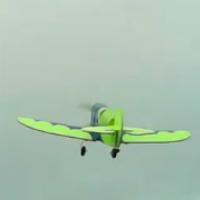 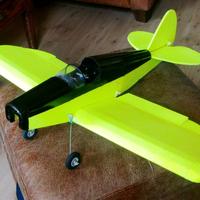 Michael763 on March 13, 2014
Nice airplane and article. It is nice to hear that I am not the only one doing notes to self. lol
Log In to reply
alibopo on March 13, 2014
Thanks, and with the change to the bottom wing it's started flying a lot smoother. I put off flying the AVRO until late in my session, so I should have known the spec-cam was getting low on battery power. Great gnashing of teeth when I got home and reviewed the footage... On the plus side I got some good footage of the Morphocoupe while testing its new flaps - shameless plug for my other article :)
Log In to reply