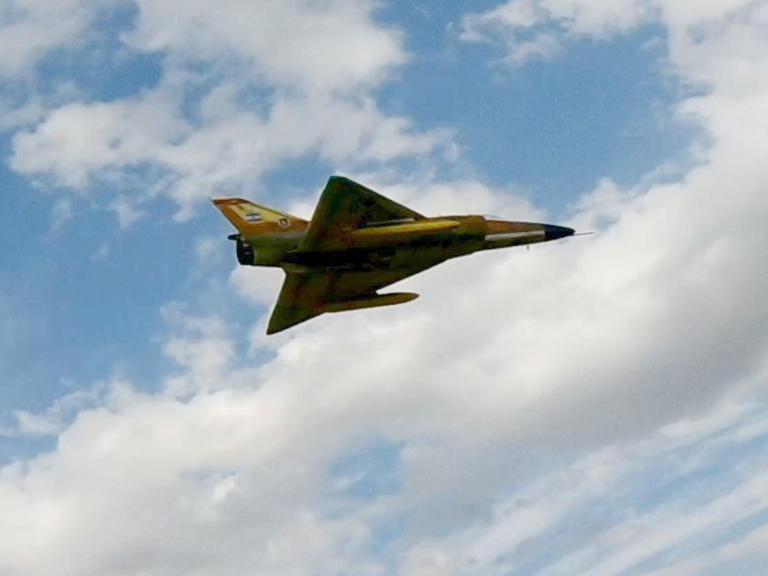 This time i want to show you my last project, a Mirage 5 Dagger, the Argentinian version of the Israeli Mirage 5 , called originally "Nesher" by IAI and "Dagger" in Argentina. This plane was a request by a friend who wanted a EDF small but good looking. The challenge was make it lightweight because the wing loading in delta planes is high usually high. The electronics for the project was a 64mm EDF, a 40A ESC, two good 9grs servos and 3S 1300Mah 75c Battery.

This project started... like always, drawing the profile scale 1:1 of the model.  The wing is slightly bigger, because the wing load in a delta wing plane is high and could make the flight too nervous. 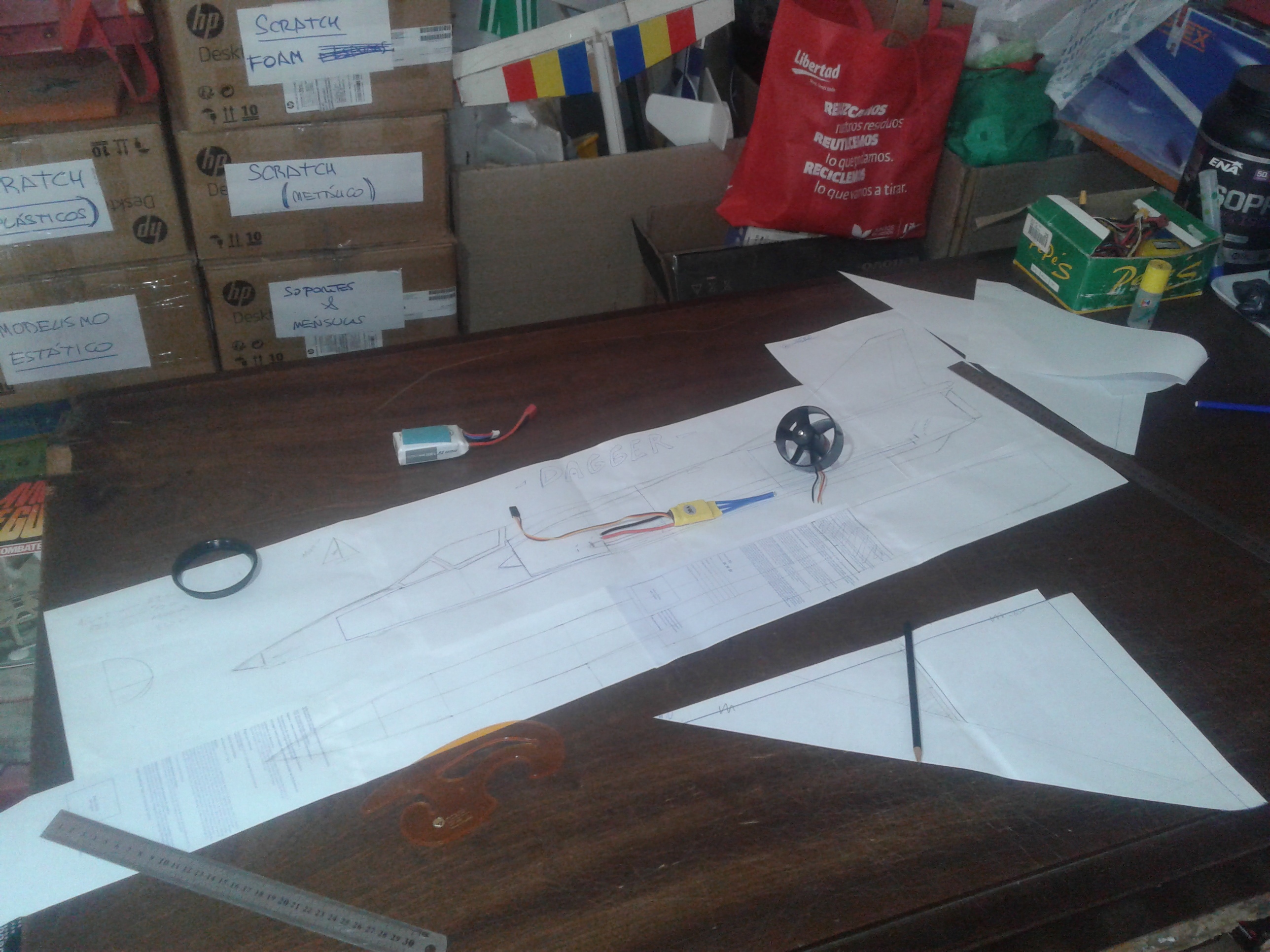 ... and like other planes i made, a cross reinforcement of plywood, the "A"  shape back bone of the airframe. and mount the EDF just where i think it goes well. 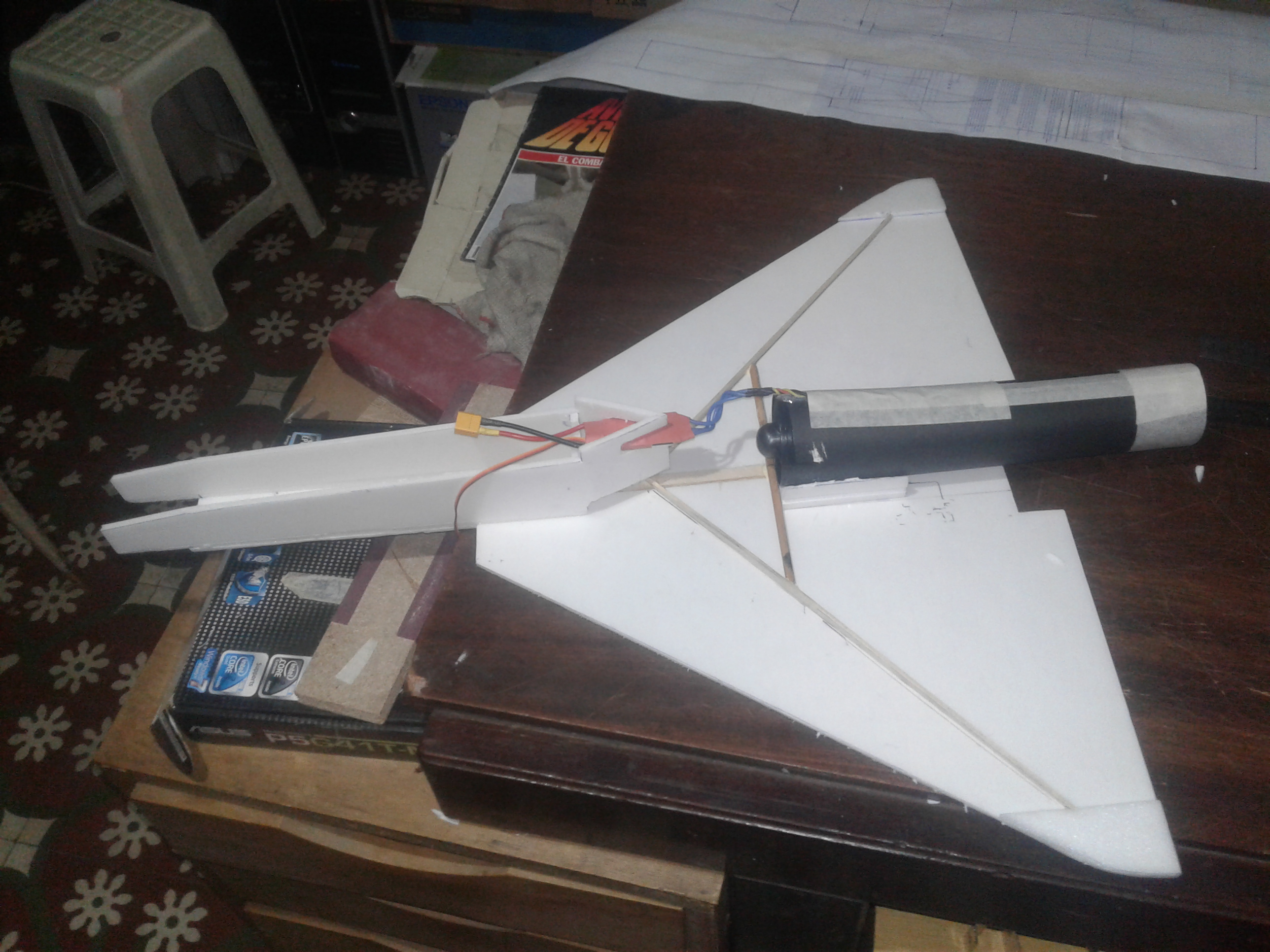 I should make the wing with some negative dihedral  angle, but for simplicity reasons i keep it straight.  Installed the servos and the jet outlet. Cutting the elevons and setting hinges. 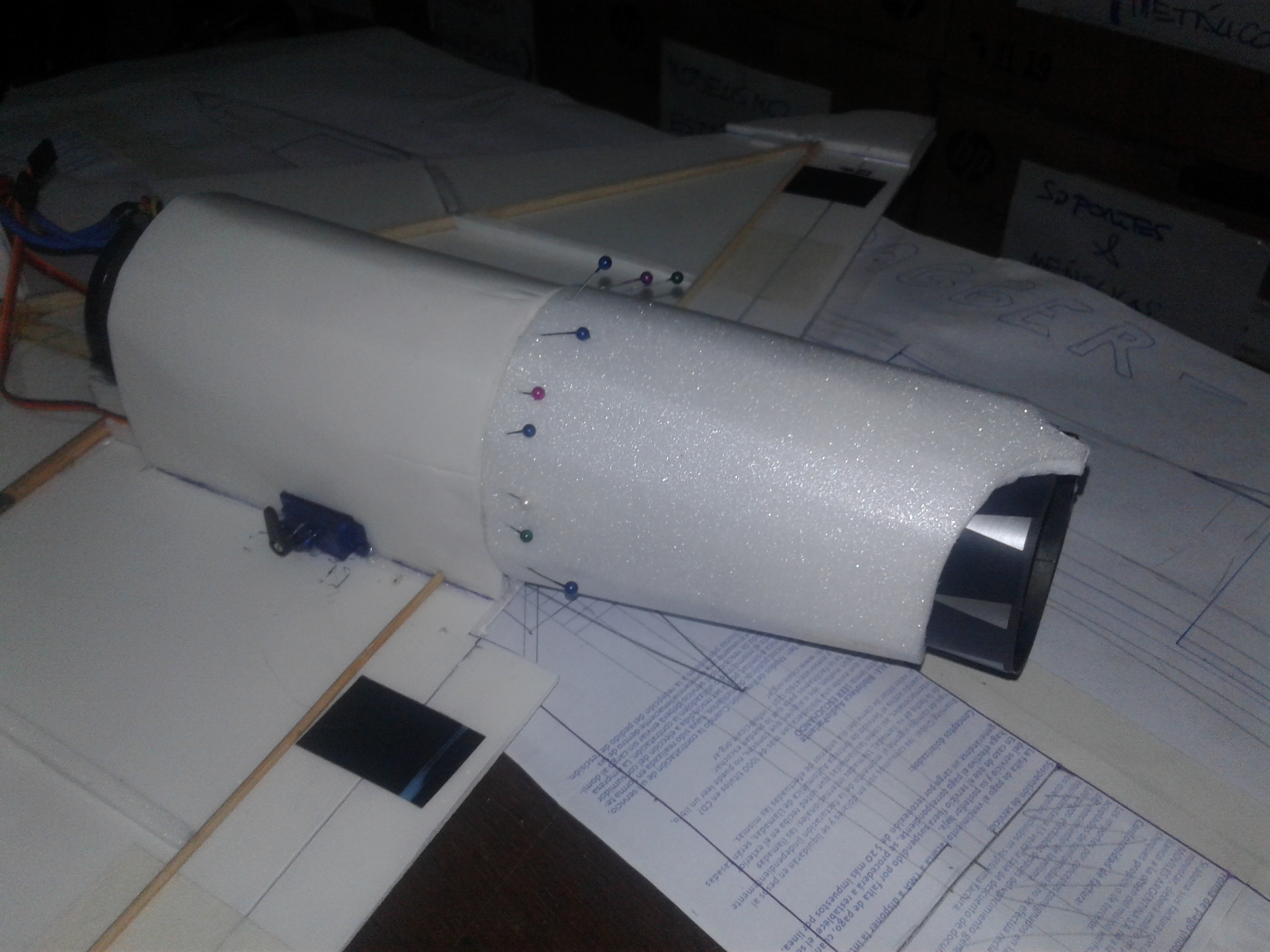 The wing ribs and reinforcements, and the nose section also.  The tail section is ready to mount ... 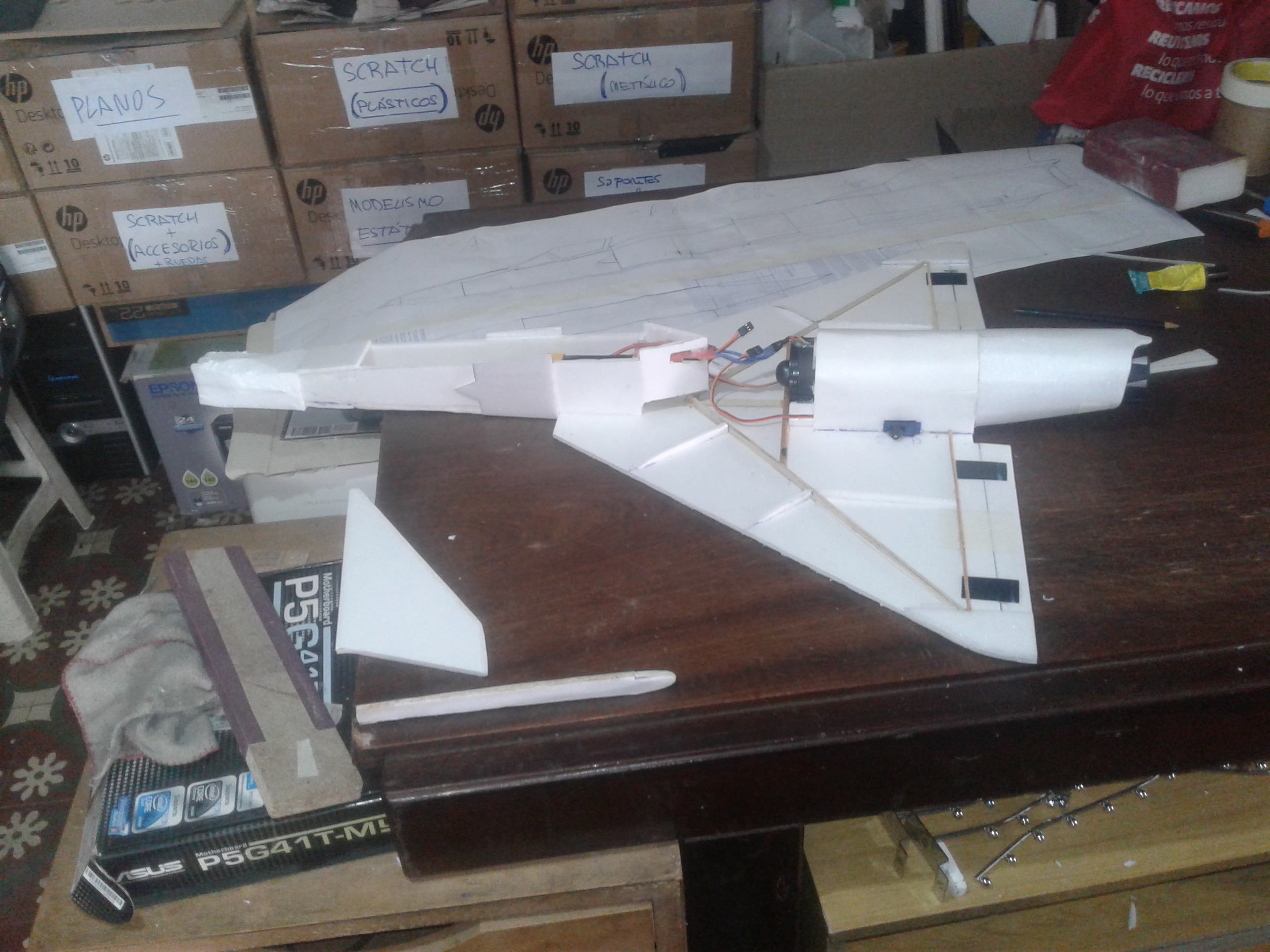 Now i getting a fighter look... 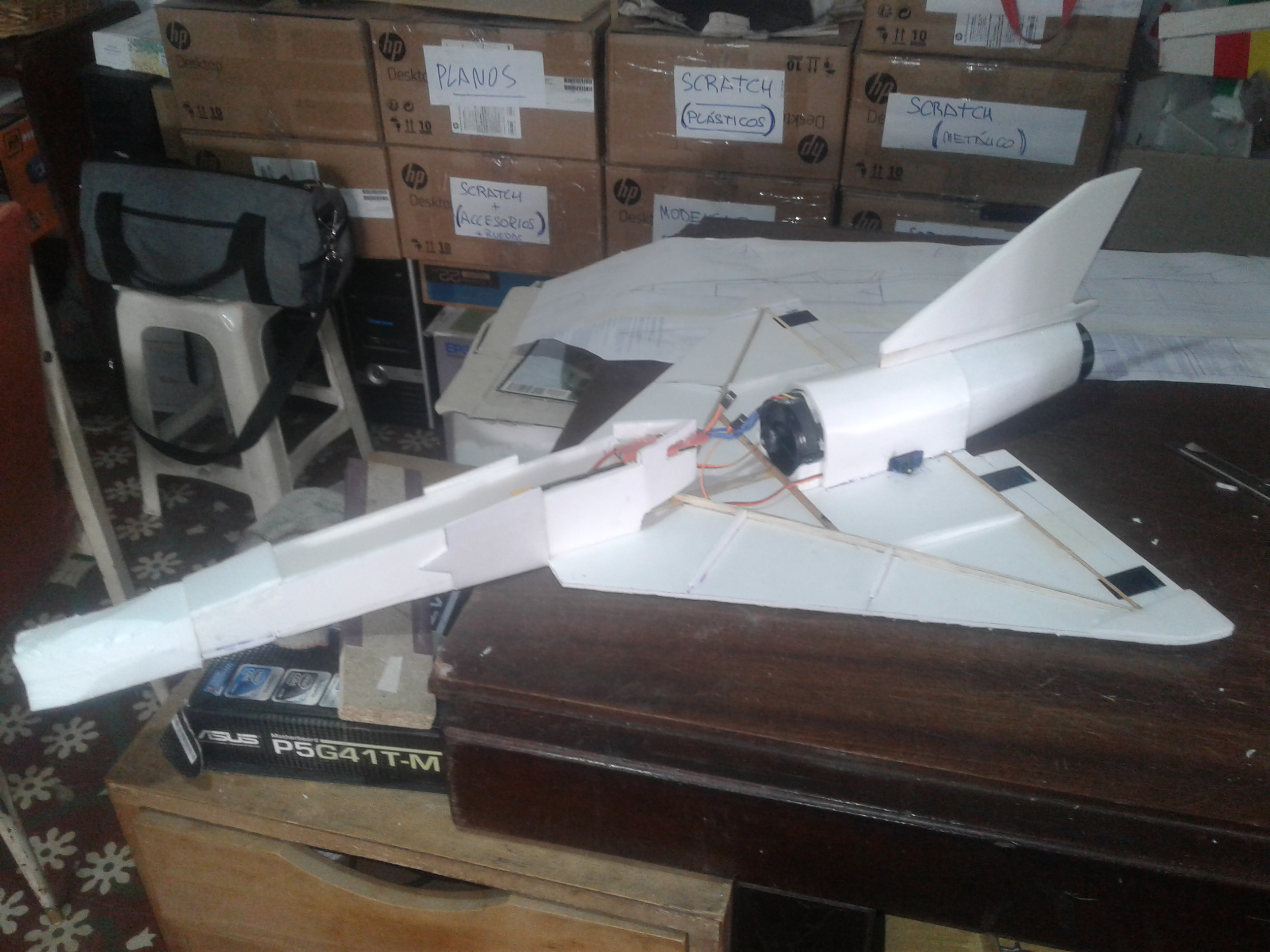 Covering the sides with the shaped-by-heat  foamboard 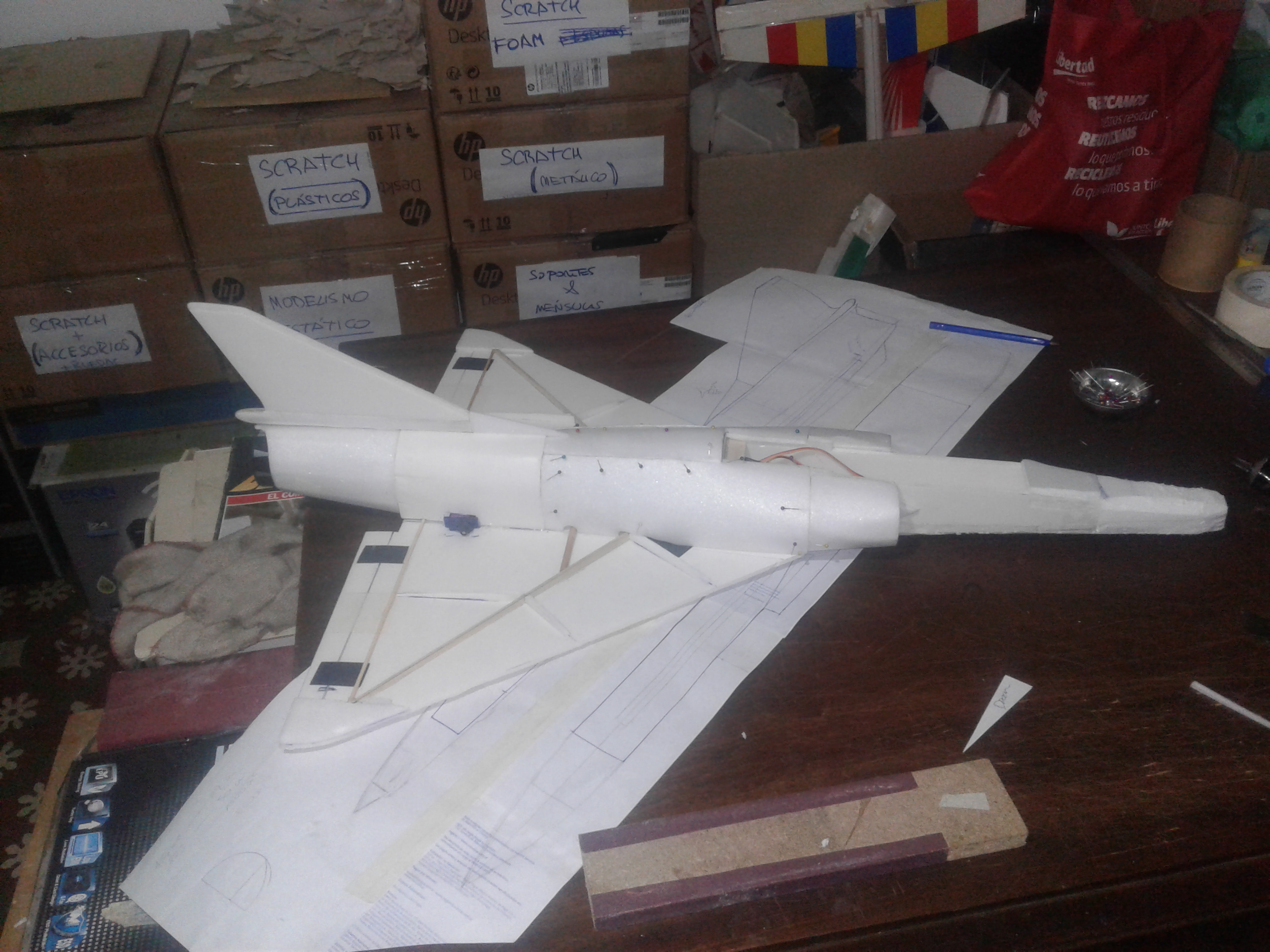 Here is the "cheat hole" for extra air... just a little more and will be finished. 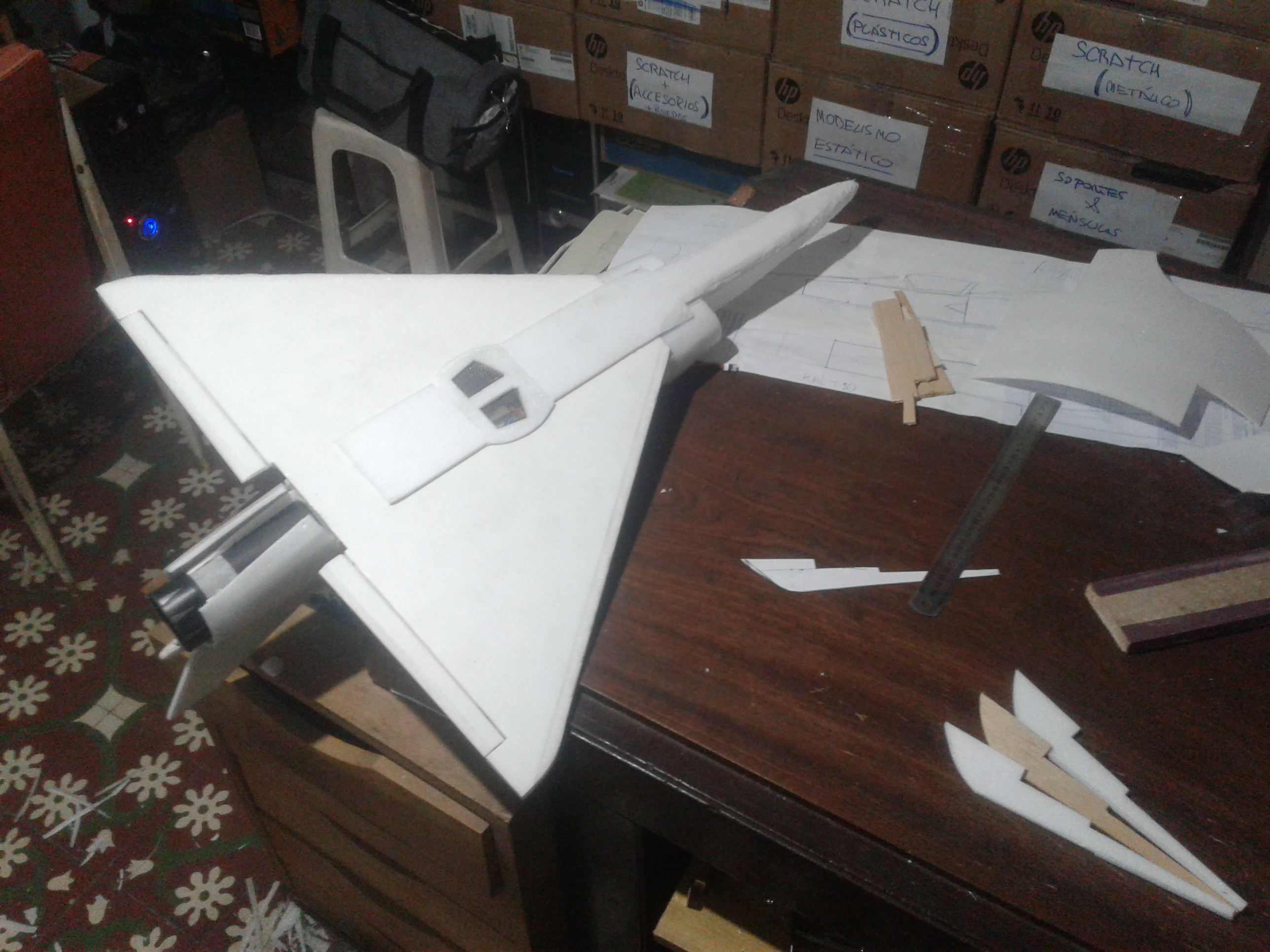 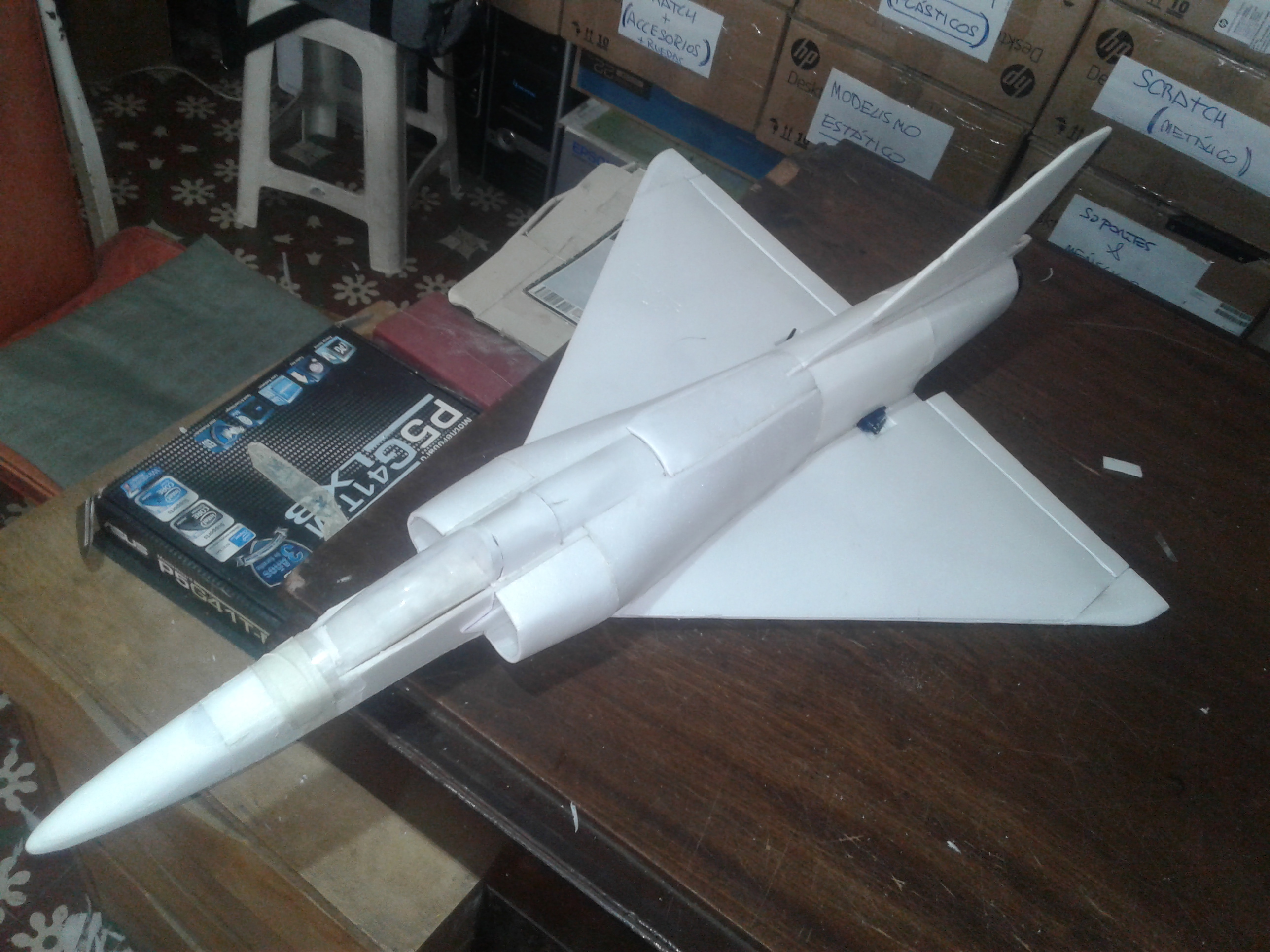 Some details with the black pen...., the tanks and the ventral fin on  place. 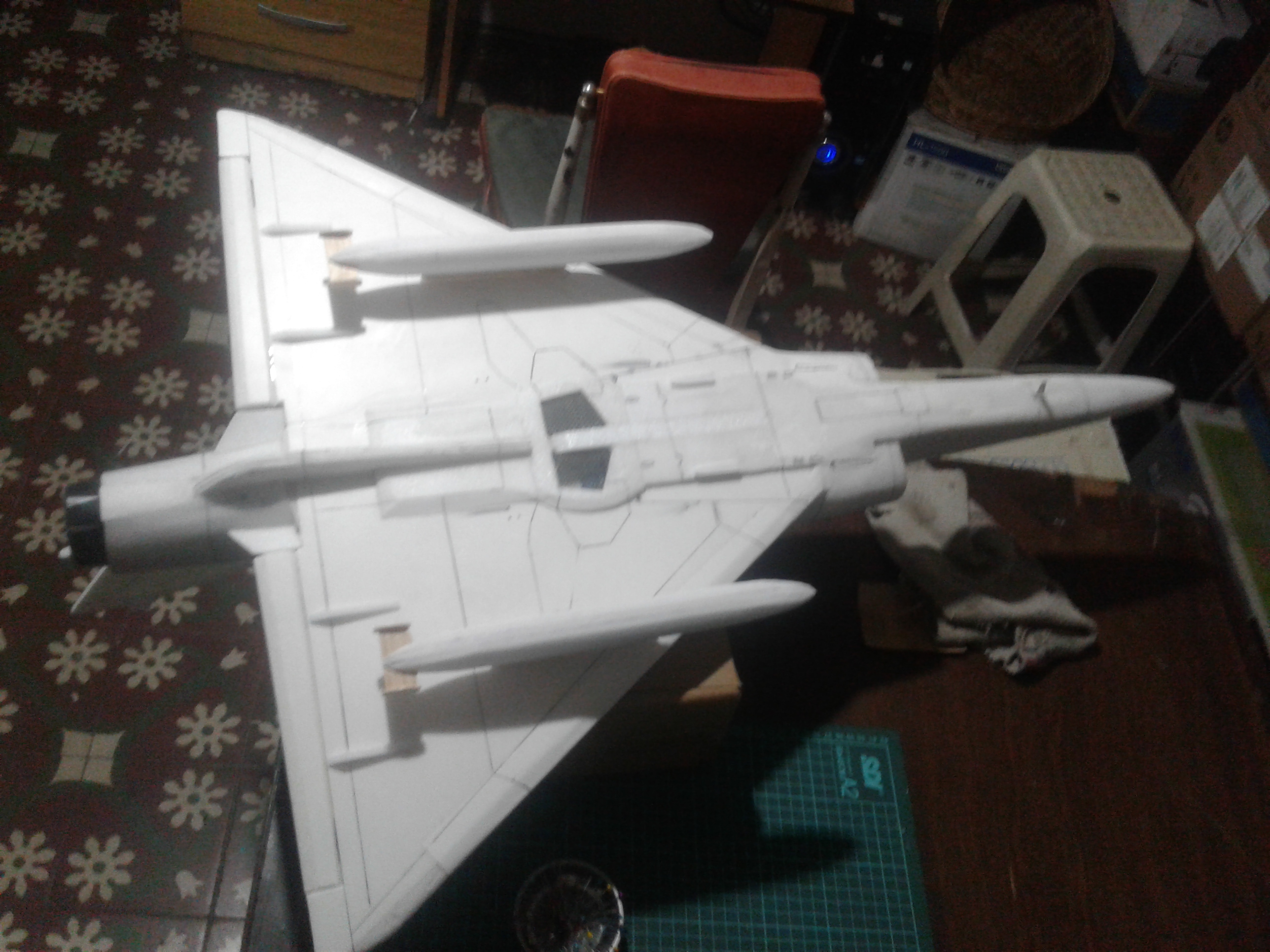 Now time to make the maiden flight!, a day with a terrible high wind, hard to control... but in the end was allways like that:

And of course after see it fcan fly, the paint job, Malvinas 1982 Argentinian Air Force scheme. 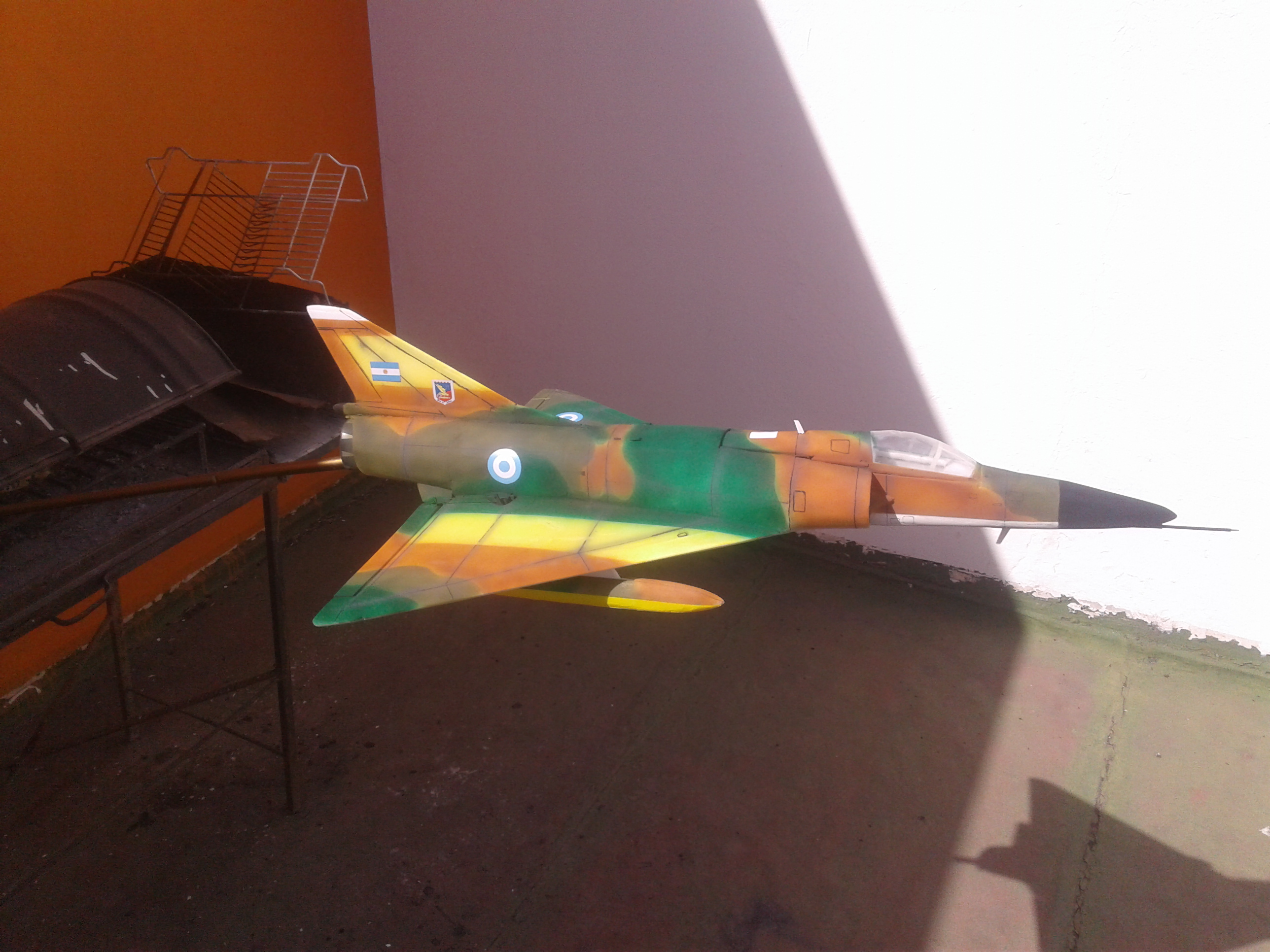 Yes, the pitot tube it´s a internal tank of a pen, here it becomes perfect for the job and the lower part of the fuel tanks are reinforced with PET Plastic because this plane will be a "belly lander". 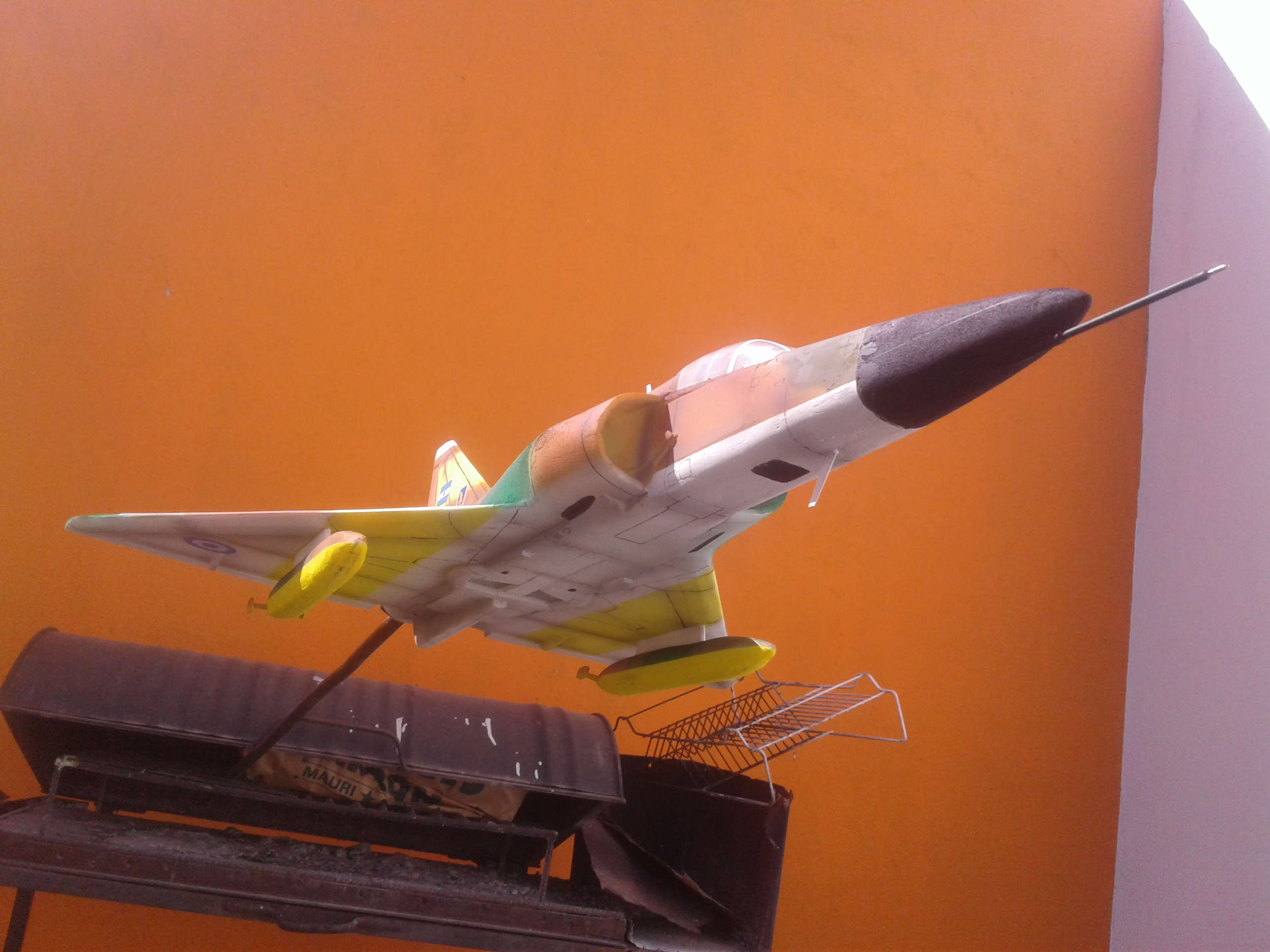 Now is time for the official presentation, now with full paint job and added drag with the fuel tanks: 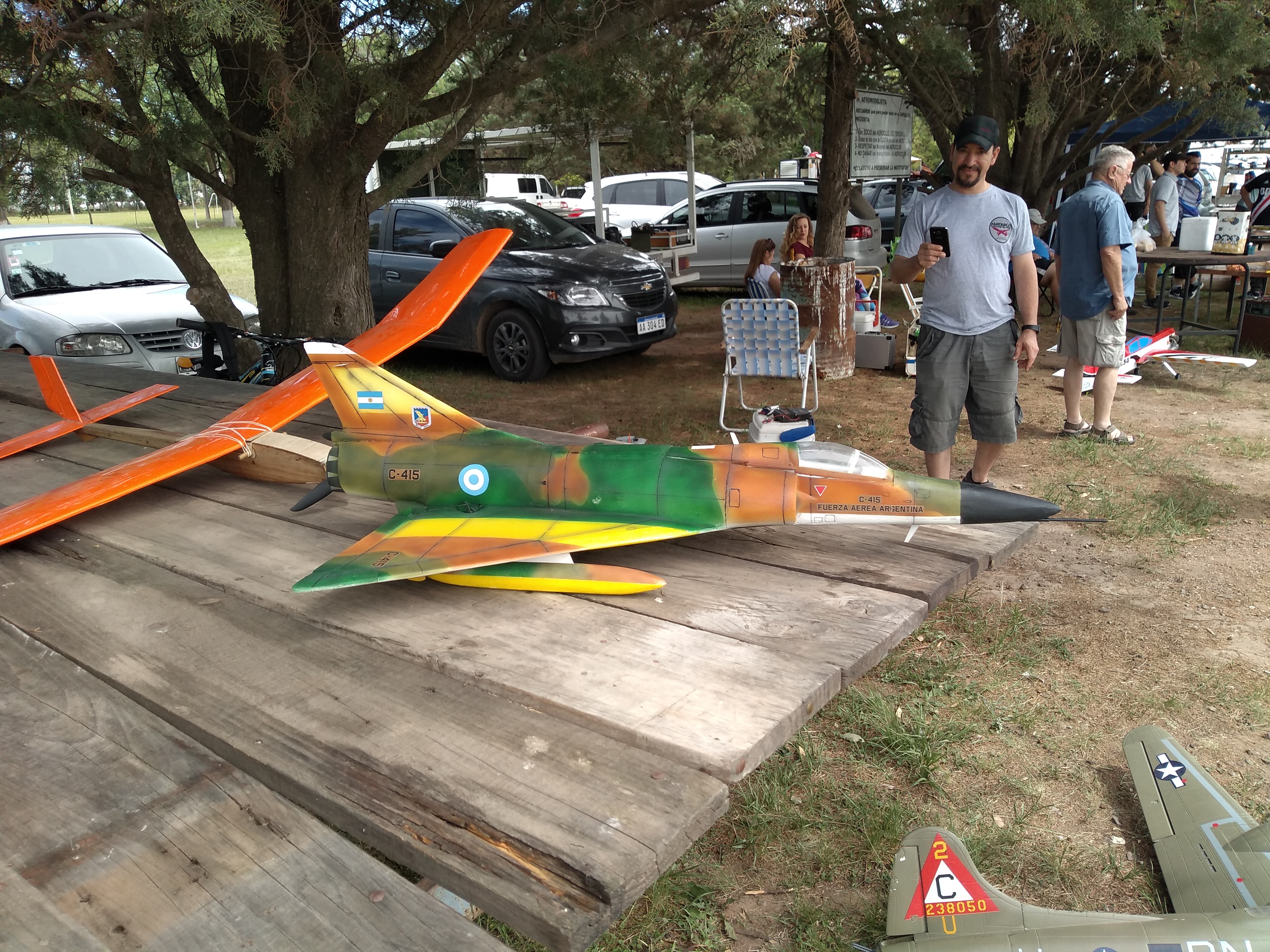 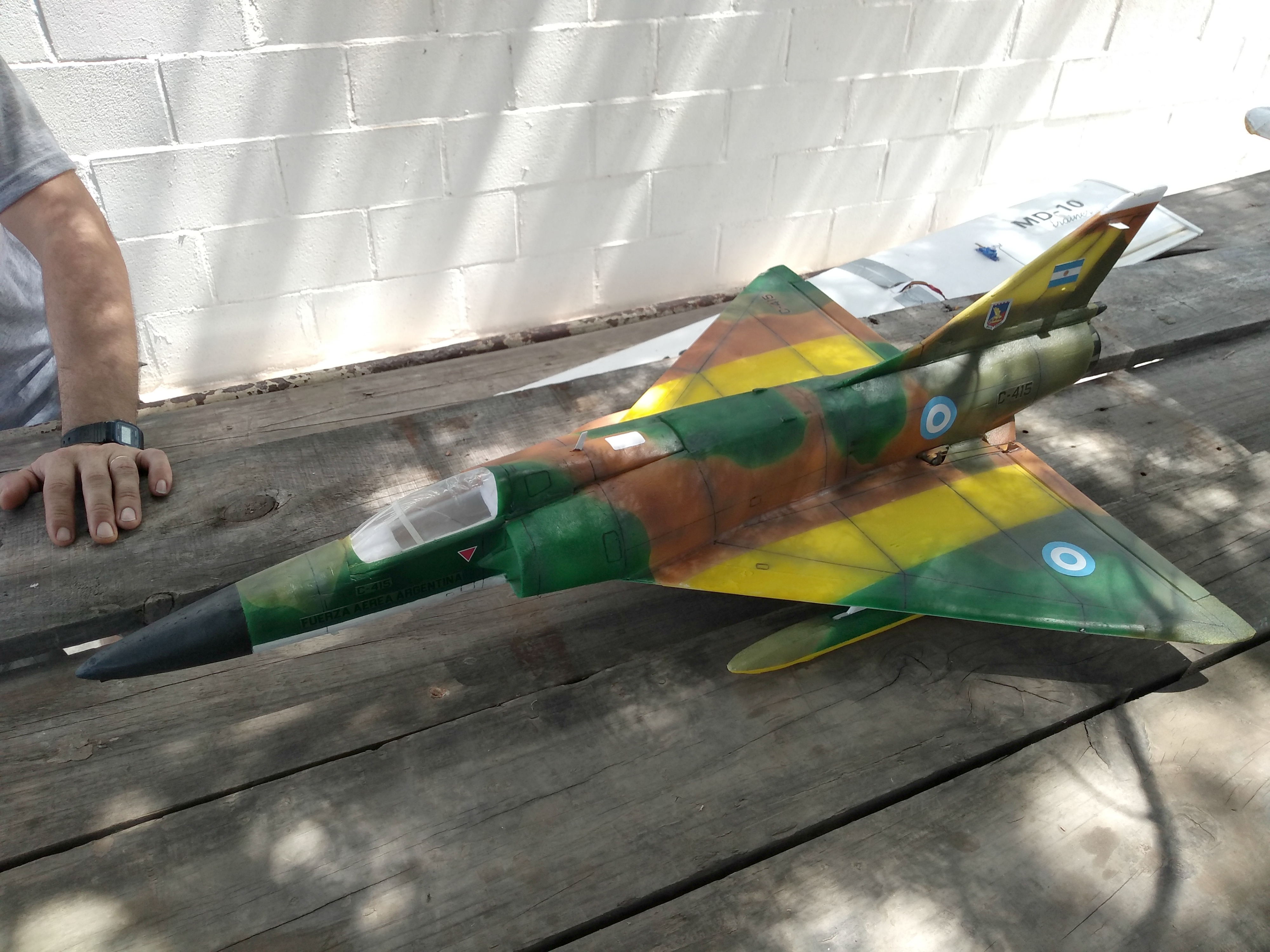 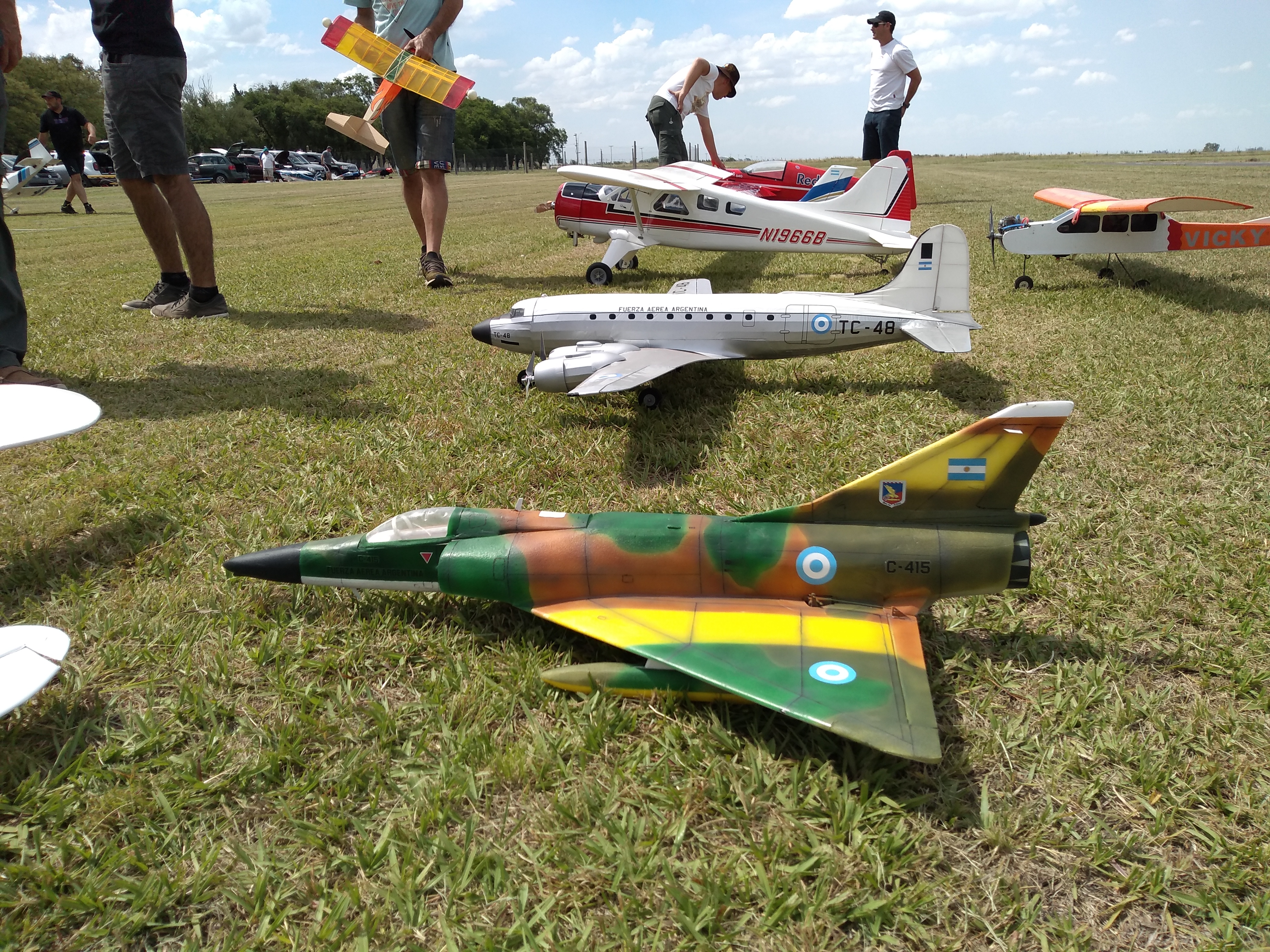 I hope you like it, was a hard plane to fly, but the adrenaline burst worth it! 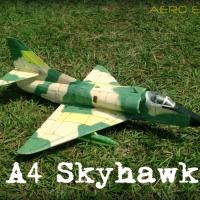 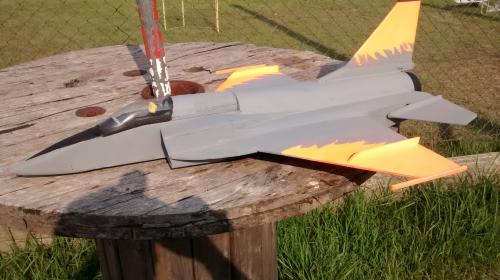 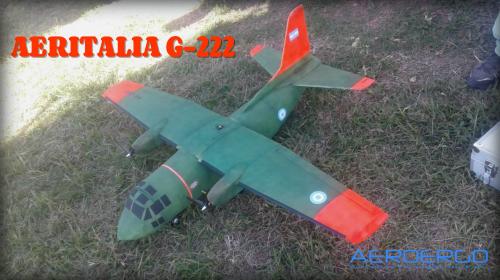 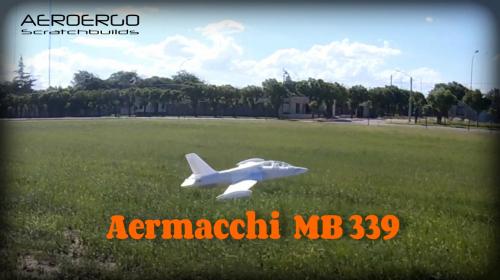